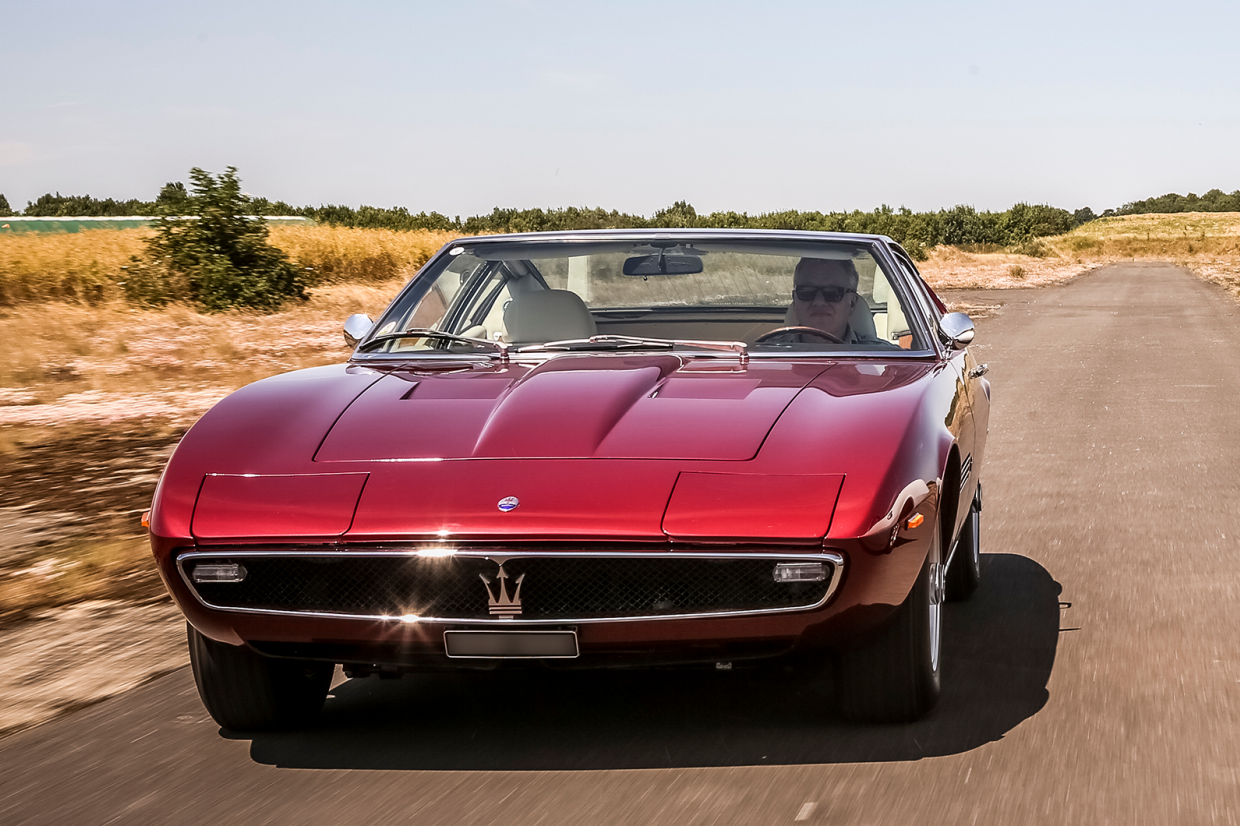 In more than 30 years as a Classic & Sports Car writer, Martin Buckley has driven many of the greatest cars ever made – and many more that would get nowhere near that rarified list.

But Buckley doesn’t just write about classic cars, he also buys and sells them in vast quantities; indeed, he estimates that he’s owned more than 400 cars over the past 40 years.

Of course even the canniest of wheeler-dealers gets it wrong sometimes – so what are Buckley’s biggest regrets? Well, here’s his own list of the ones that got away. Or, as he himself puts it, ‘The cars I couldn’t afford at the time’.

Note: the images in this article are not the specific cars referenced in the text 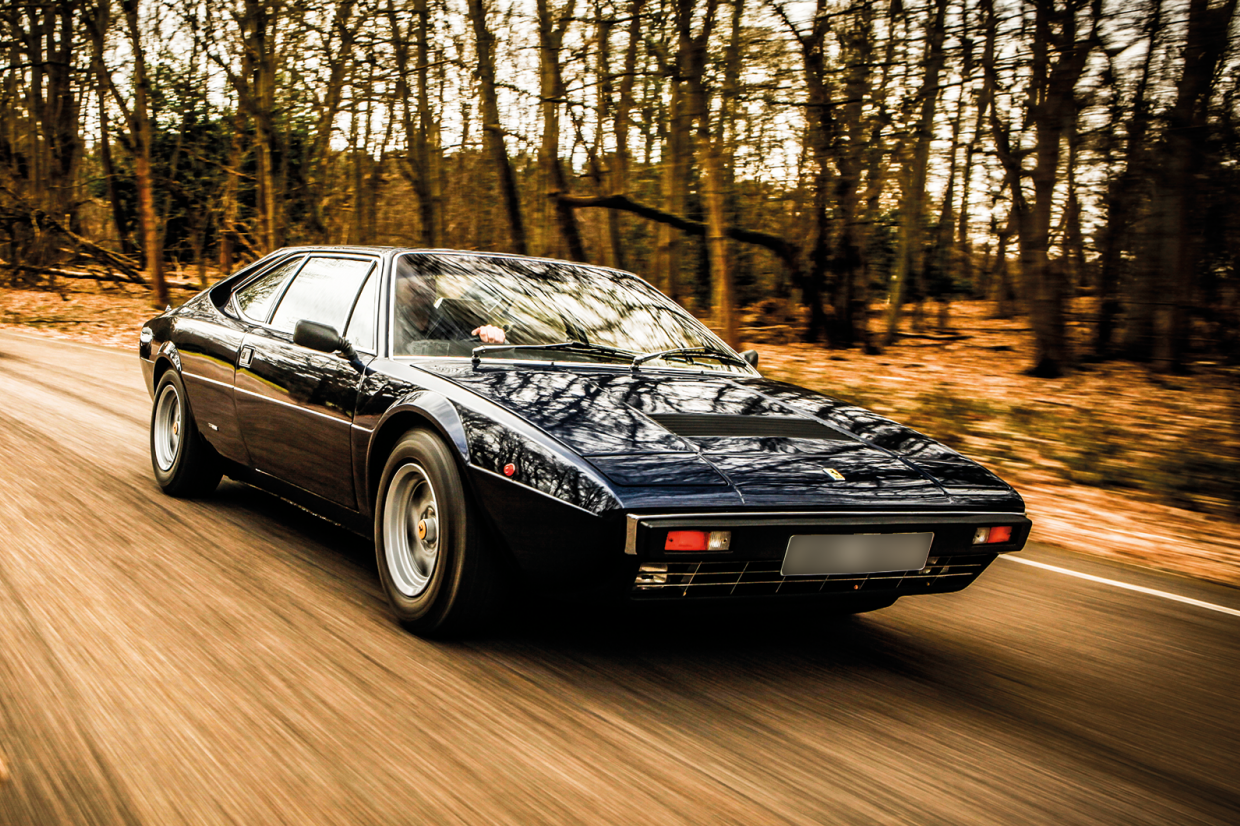 “These days, even the cheapest restoration project would set you back upwards of £20,000 – so even allowing for inflation, it would have been quite the bargain.

“It was black, complete and sitting looking slightly forlorn under a plastic cover at the side of a Ferrari specialist’s workshop in a sleepy Wiltshire village; the same outfit had sold me a scruffy but reliable 400 automatic a couple of years before.

“I had a fleeting dalliance with the idea and even took it for a test drive, but somehow couldn’t summon up sufficient enthusiasm to make the leap. I’d like to buy that car for five grand today!” 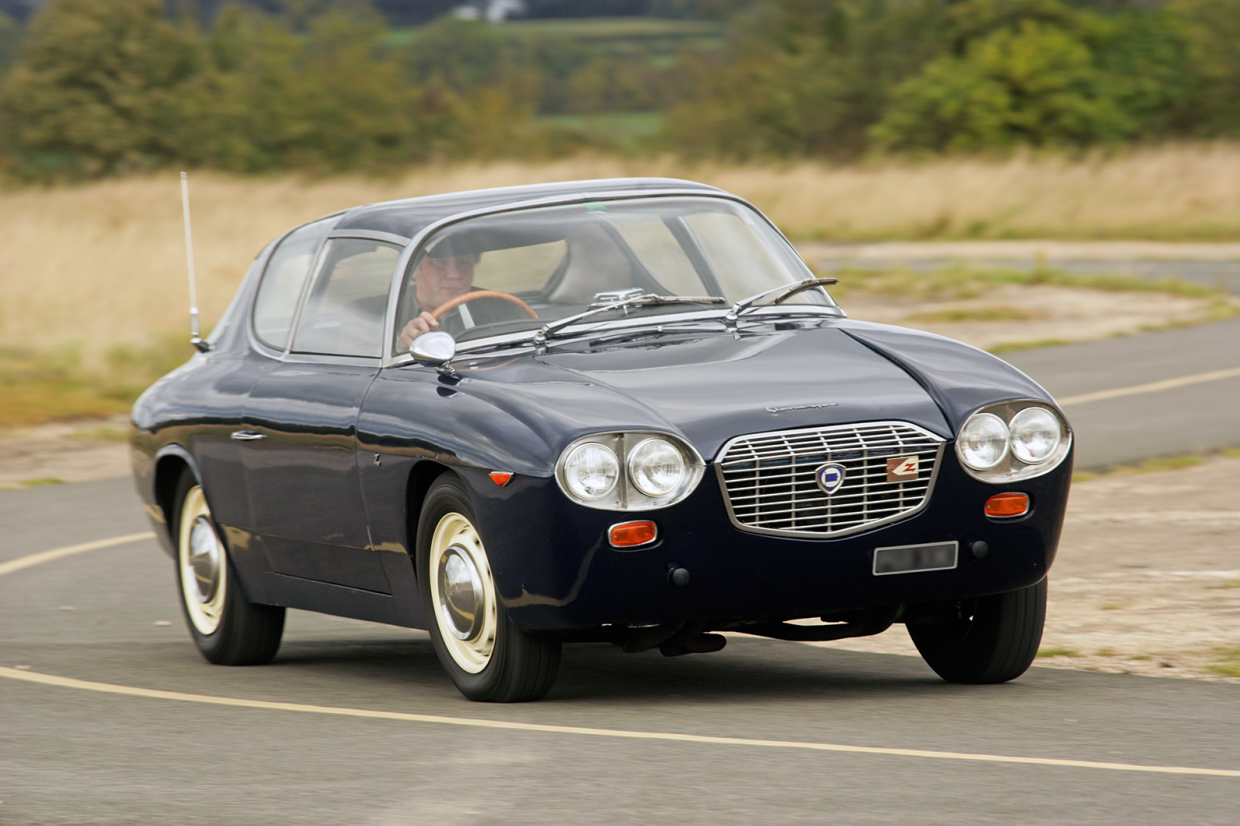 “This one still irks me, mainly because they remain on the list of cars I’d very much like to buy – but at the same time they’ve risen in price so dramatically (think £30-40k) that I can no longer justify having that much money in one.

“Another one from the early 2000s, it was spotted for sale in a free advert paper priced £600 and located out in Herefordshire, where the vendor had intended to restore it.

“Like most Lancia Flavia Zagatos, it looked quite good on casual inspection – the body is alloy, after all – but had fresh air where it used to have floors.

“Even so I should have just bought it on the spot: I could have just stuck it in a dry corner until the day came that it was worth doing.

“I subsequently bought another Zagato project car for a lot more money; when I realised I was never going to find the cash to finish it I sold it to an Australian.

“He bought it on the basis of seeing it, full to the sills with water, in the front garden of the dodgy type who was supposed to be restoring it for me. I escaped with my shirt, but not much else.” 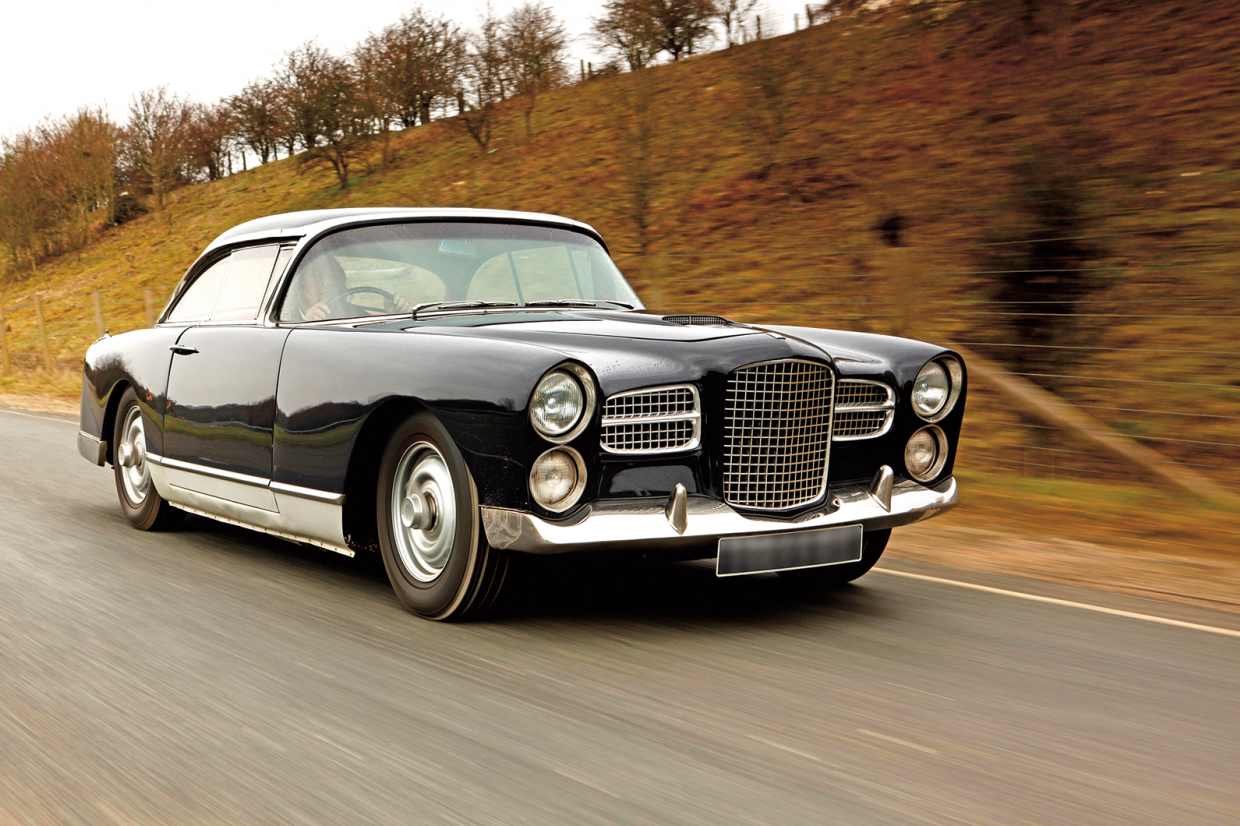 “One of the worst cars I ever owned was a Facel Vega Excellence, the four-door version of the Chrysler-engined French glamour car, but I’ll save the details about that disaster for another time.

“The HK500 was the much more ‘common’ two-door coupé that is perhaps the definitive Facel in terms of numbers built and public profile: when most people think of a Facel Vega, it’s the HK500 that they visualise.

“The only problem was that I was doing the deal for a collector/dealer chap from the North. And typically for him, rather than recognising his luck in being able to capture a cheap Facel, he gave me instructions to bid the man £23,500, a couple of thousand below the asking price!

“Predictably, the vendor told me to bugger off and promptly sold the HK to somebody else.” 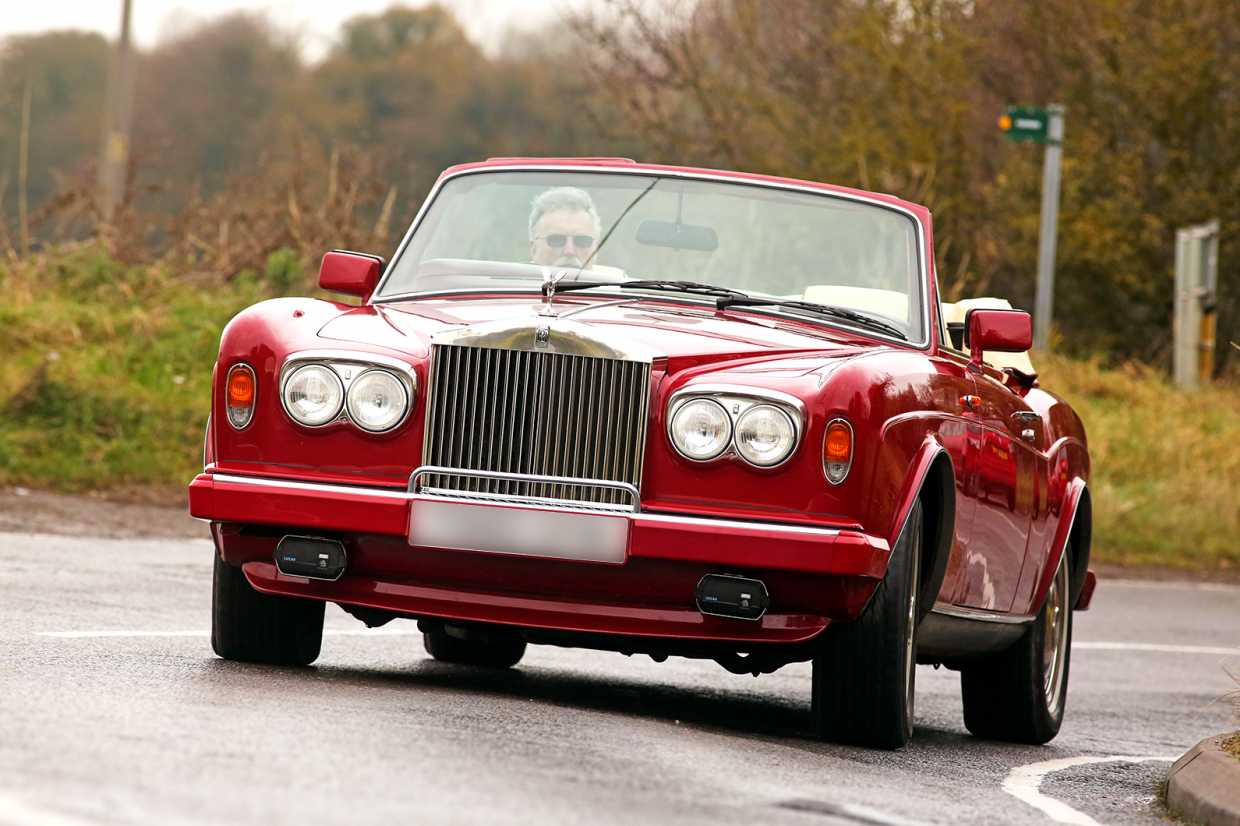 “The Facel seller was also looking to offload his gold Rolls-Royce Corniche coupé. Everything this guy had was nice and sorted, so at £7000 it would have been a very good buy.

“These were the days when people didn’t value a Corniche much higher than a standard Shadow, particularly if it was a fixed-head model.

“To be honest, I don’t think they are all that much money today at £35-40,000, when you consider they are a true coachbuilt two-door Rolls-Royce.

“The owner was happy to let me smoke it around for a few days, so I drove it up to London to see a book publisher.

“I parked it outside his office for five minutes (to see if he had one of his private spaces free), but returned to the Corniche to find an overzealous parking attendant writing me a ticket.

“I went into full-on Mancunian mode with the man: I think the combination of the car and my belligerence led him to believe I was some sort of Northern gangster.

“To the astonishment of all concerned, he rescinded the fine on the spot – which just goes to prove they can if they want to.” 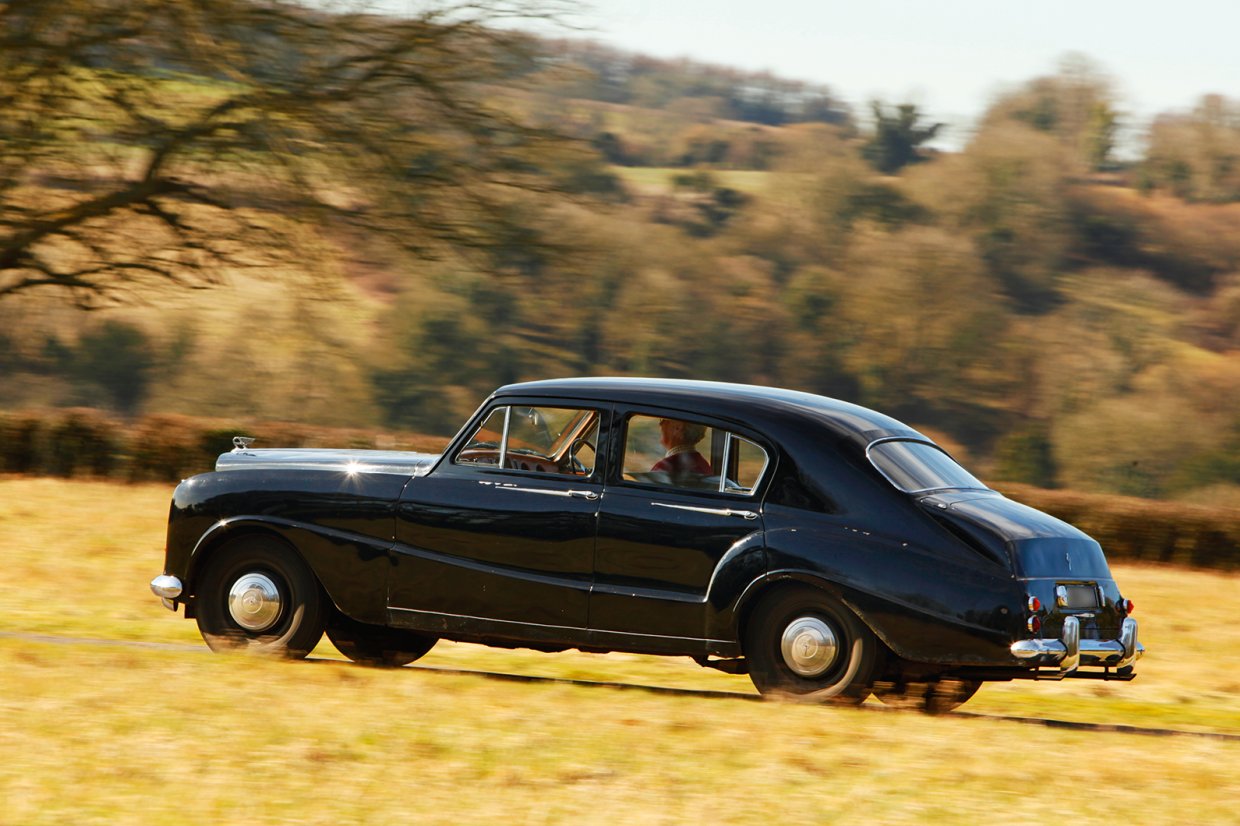 “Hardly a dream car, this, but I was offered a lovely original DS7 by a man out in Wiltshire, who was willing to pull it from the auction it was due to appear in if I could summon up the £4000 he required to part with it.

“The interior was gloriously original and the smell alone was worth the asking price.

“I tried to get a pal interested, pointing out the originality and that it was worth at least double what the man wanted. 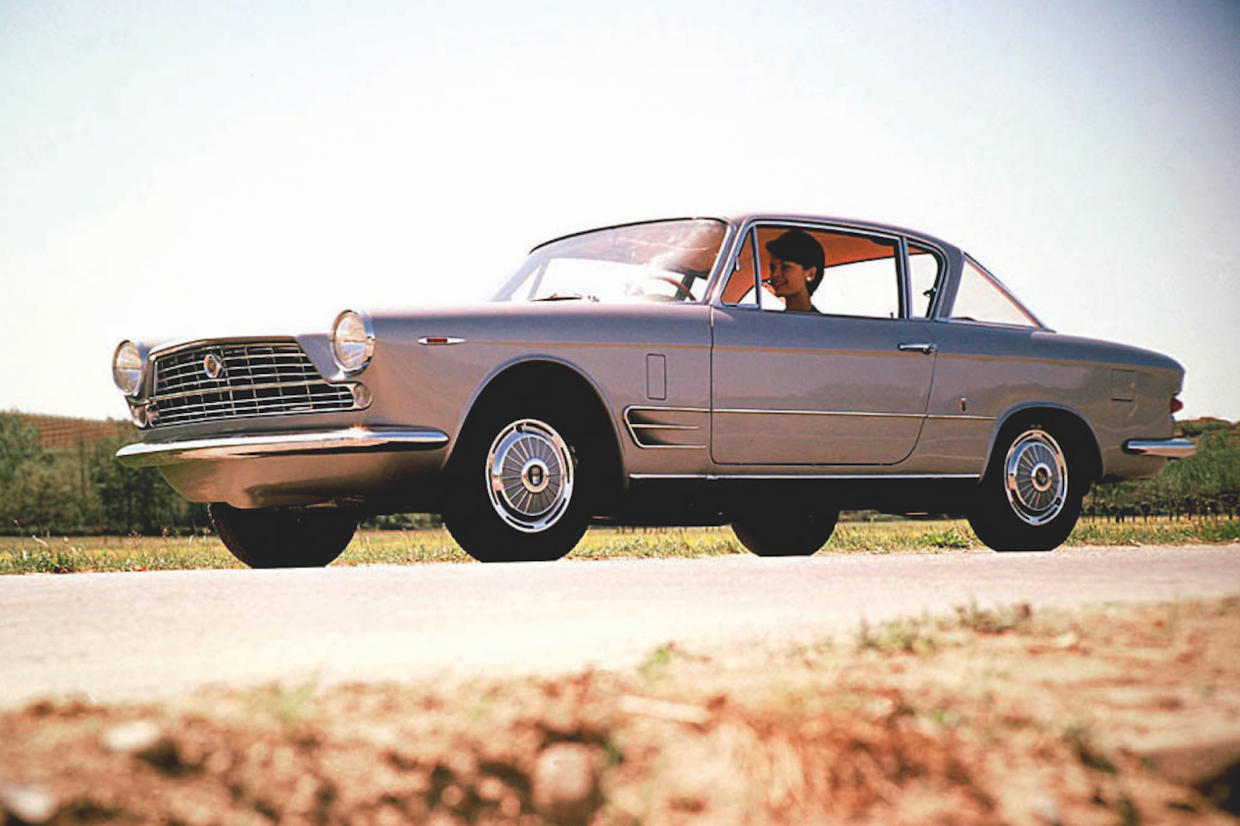 “My first 2300S comes under the ‘Cars I should never, ever have bought’ heading (a topic for another day, maybe), but the one I’m thinking of in this instance is a lovely original example languishing outside a workshop in Croydon, not far from where I was living at the time.

“Most of the right-hooker 2300S Coupés rusted away before their owners’ eyes, but this one – which had been sold new by Jack Barclay – was unaccountably solid and looked wonderful in battleship grey.

“I made several overtures to the man who owned it, and it seemed like a deal could have been done for a few hundred pounds. These are £30k-plus cars now and were worth a lot more even then. But I had a young family and life was a blur in those days, and somehow I never followed it up. Daft.” 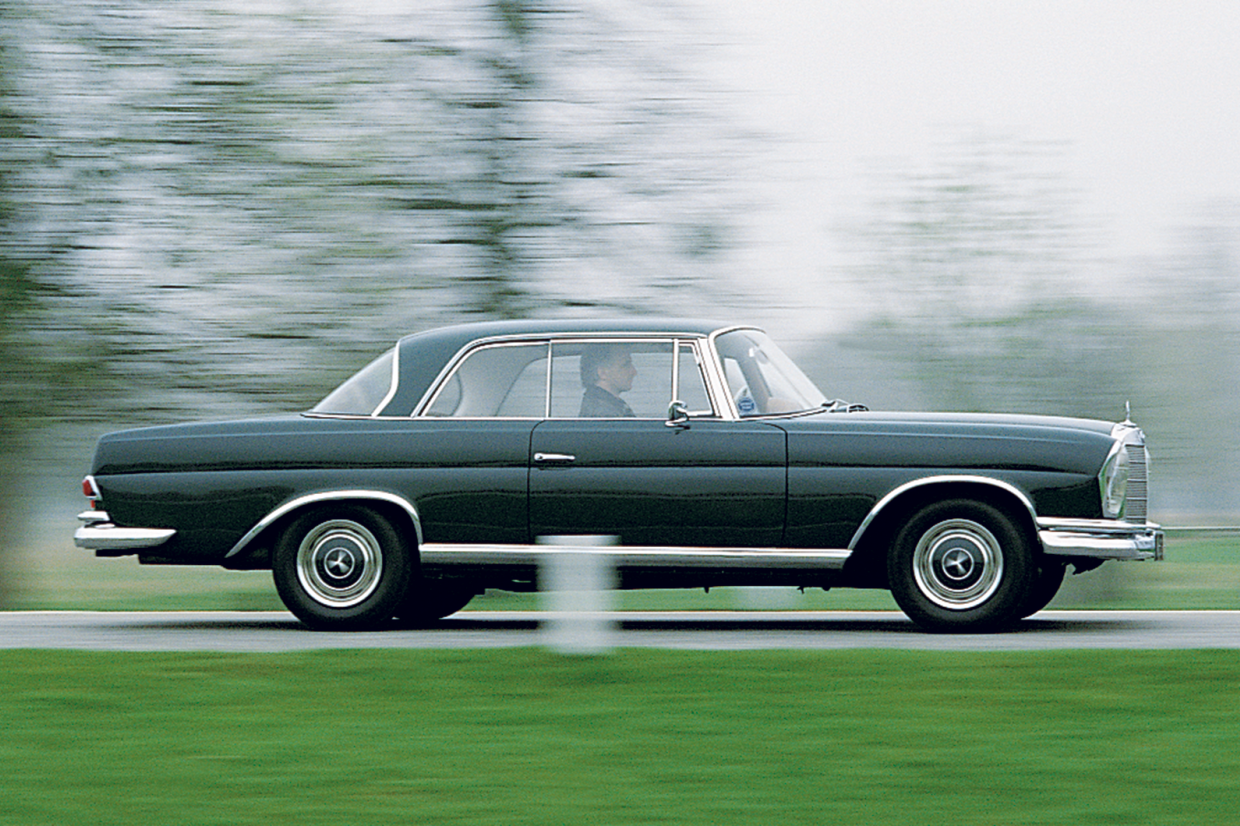 “This is ancient history, but I clearly remember as a 19-year-old seeing a W111 Mercedes 220SE coupé being advertised in the local AutoTrader for £1500.

“I’d just written off my S-type Jaguar and my dad and I were perusing the latest offers under ‘Classic and Prestige’ cars. “What about that one, son?” he said, sensing I was missing my Jag.

“Mercs were a bit of mystery to me in those days and I couldn’t get my head around the idea of a 2.2-litre engine in a car that big, particularly after the S-type’s thrusting 3.8 litres.

“Frankly, if it didn’t do wheelspins and give off a Sweeney vibe, I wasn’t interested.

“So I passed on the coupé, in many ways a much more special car than any old Jag, without even going to take a look. Shame. 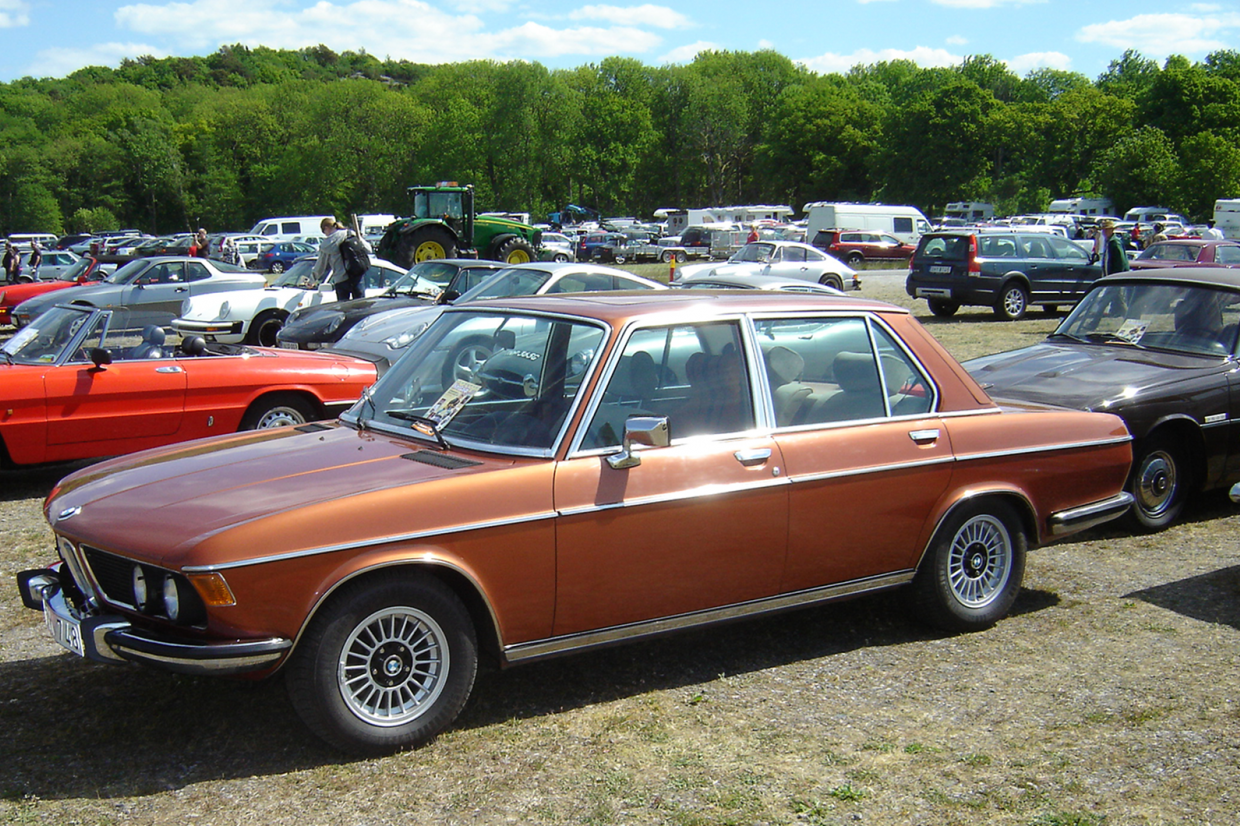 “The one that rankles, however, is the 3.0 Si that I passed on – or rather (and worse still), the two of them.

“These are the 200bhp manual gearbox versions that are now much sought after; the first, circa 2003, was a really quite a nice and sound silver one, for sale with a BMW specialist and ready to go for £3000.

“I didn’t even have to find the money, as an American pal was willing to fund it and use it as his car when visiting the UK.

“It was a sound plan, but somehow I got distracted and it came to nought. Not much later, I happened across another Si for sale at the side of the road not far from Goodwood.

“It was again a very sound car, this time with a blue cloth interior and a price in the hundreds… but when the engine fired up with the throttle jammed wide open, I started seeing big money disappearing in recommissioning costs and walked away.” 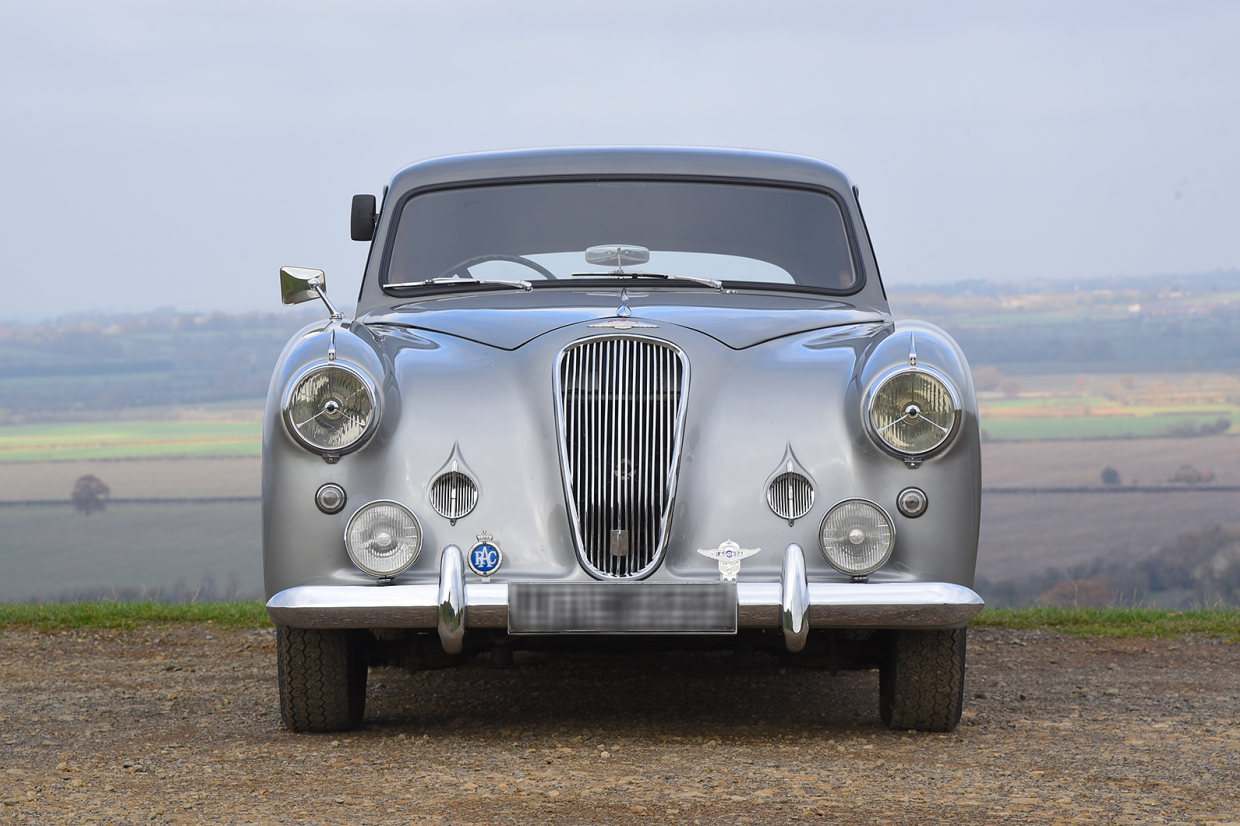 “One of these popped up in a motoring comic for £2000 somewhere near Cardiff in the early 2000s.

“Not expecting to be impressed, I whizzed up the M4 and found the Lagonda in a nice dry garage on a housing estate, looking like something that could be revived over a weekend – and with the clincher that it actually had an engine in it.

“I should explain that too many of these cars had their twin-cam motors robbed for use in Astons in the ’60s and ’70s and, if they were lucky, had them replaced with a Jaguar lump (which if truth be told was a much better engine anyway).

“But this one had the proper WO Bentley-designed unit in place, the suggestion being it would even fire up.

“Why I didn’t buy it I really don’t know, but it was obviously a very bad decision on my part – even restorations usually go for £15-20k now!” 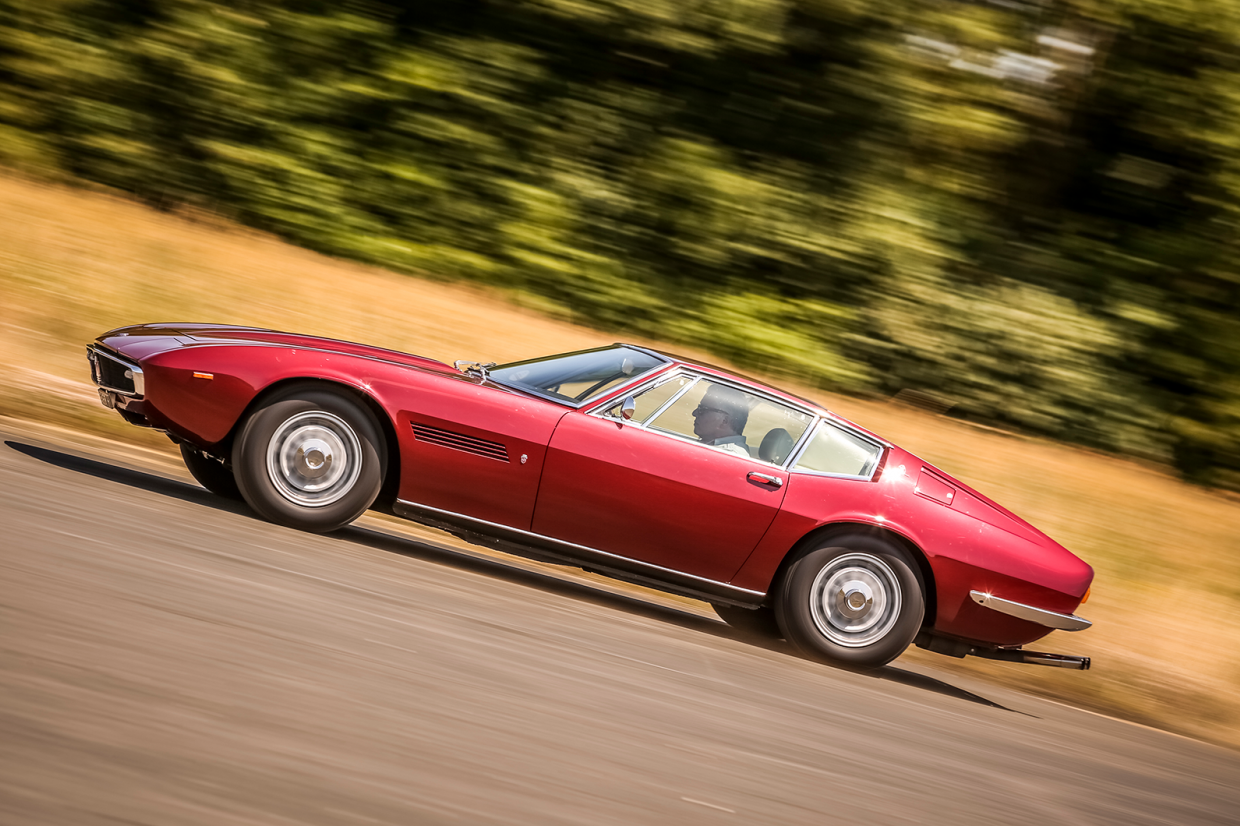 “In the mid 2000s I went to look at a black, right-hand-drive Ghibli that was allegedly the ex-Earls Court car (as if it mattered).

“It was all there in black, running well but with a clutch problem. The vendor was not of a mind to haggle on his £12,000 price, because he knew it was already cheap.

“I should have sold everything to buy that car, but I just couldn’t summon up the dosh.

“A few years later, I spotted a black Ghibli door on the shelf of a parts specialist and was hit by a sudden sinking feeling. I asked the shop’s owner about it, and he confirmed my fears that it was the same car – it had been broken up for parts.

“My chance of ever owning a Ghibli was likely gone with it; after all, even the cheapest ones now go for more than 100k.

“Subsequent Maserati encounters – other than the automatic Khamsin I passed up for £7000 – have mostly been lucky escapes rather than missed opportunities.

“I’m thinking particularly of a Quattroporte III I could have for £2000 that was a running, driving and I suspect overheating car. But as I said earlier, that’s a story for another day…”