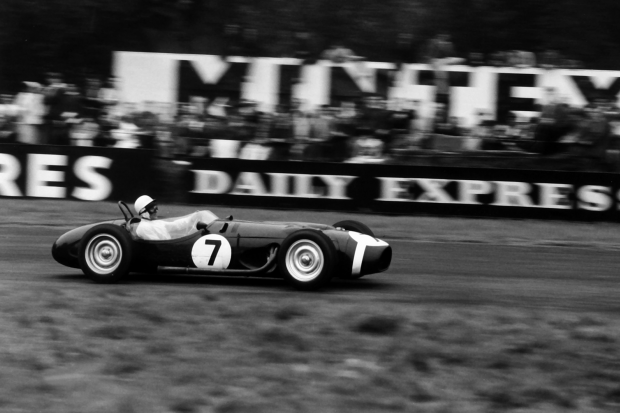 When the Ferguson P99 joined the Formula 1 scene in 1961, four-wheel drive was nothing new – it was more than 50-years old, in fact. Yet, this automotive one-off would still go down in history with both a first and last record to its name.

The P99’s roots lay in farming; it was the brainchild of Harry Ferguson, of tractor fame. His company was steadily dominating the farming landscape but he’d forever had his eye on the more glamorous world of motorsport.

The fruits of the collaboration (following an electric windowed, 4WD and brake-assisted R5 road car) would make its debut – and that of 4WD – at the 1961 British Empire Trophy, 12 years after Rolt’s own success in the same race. 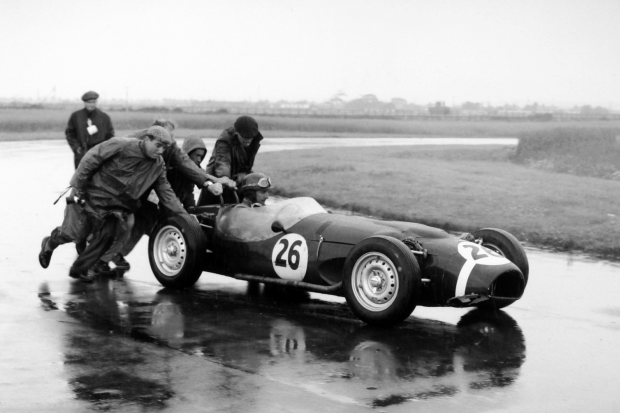 At the 1961 British Grand Prix, Jack Fairman was disqualified for a push-start in the pits

Dressed in Rob Walker’s famous blue and white, the P99 showed little promise of its future success: with Moss having tried it in practice and found it not to his liking, Jack Fairman – the man with whom he shared his famous Nürburgring win in 1959 – took over. He wouldn’t last long once the flag dropped, rolling to a stop after three laps with only first and reverse left in his ’box.

Still, many were impressed and worried enough, and just a few weeks later it topped the timesheets at the British Grand Prix at Aintree. The wet weather had been its unfair advantage, and Moss made the most of it – three full seconds faster than the handy Fairman could muster in the same seat.

Come race day, Moss opted for the Lotus, only for that to show off its notorious unreliability when he was sniffing victory. Undeterred, and such was his wont, he commandeered the P99 from Fairman – disqualified for his mechanics push-starting him when electrical problems set in – and set about setting some quick lap times.

Unfortunately, Ferrari’s Romolo Tavoni then complained about the push-start and put an end to the Ferguson’s competition testing run. 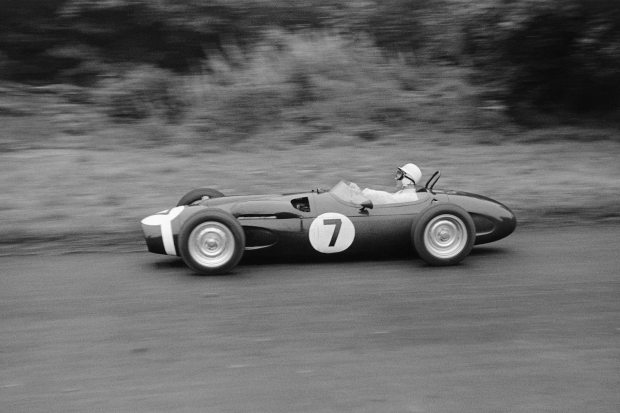 Not an ideal one-race flirt with Grand Prix racing, then, but its day of days in Formula One was yet to come.

Again it was wet, and again it was in the north west of England, only this time the scene was Oulton Park and its prestigious Gold Cup. The P99 proved the class of the all-Climax-engined field, crossing the (now dry) finish line the best part of a minute clear of Jack Brabham’s Cooper and Bruce McLaren’s similar mount. For good measure, the lap record would fall to Moss and the Ferguson, too.

No front-engined car would win in Formula 1 again – three years since the Ferrari 246 scored the final GP win for a similarly mounted machine – and the P99’s place in the history books was secure. So too its place in Moss’ mind, as he would later claim it to be the best car he drove in F1.

Sadly, creator Harry wouldn’t be alive to see it: he had passed away the October before.