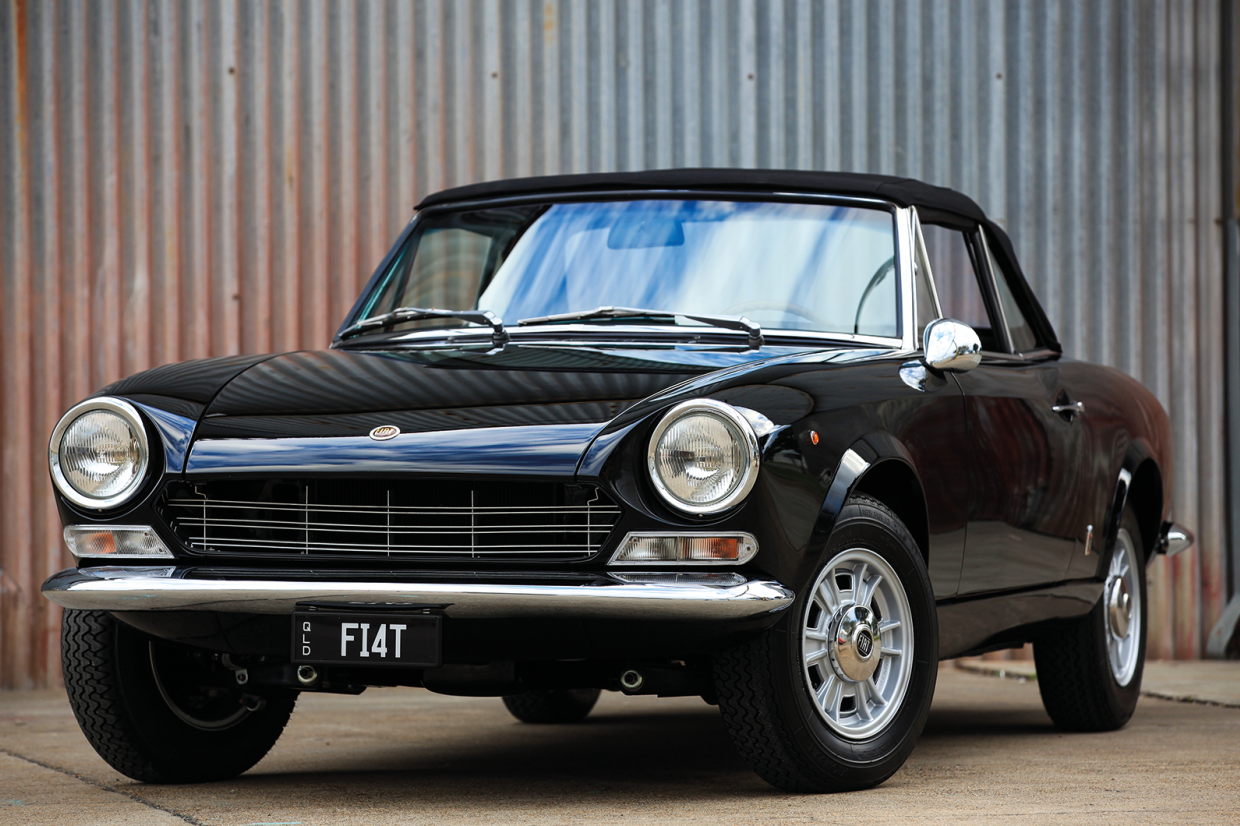 Growing up in an Italian household, it’s not surprising that I wanted to own an Italian sports car.

The dream is a Ferrari 250GT SWB or Lusso but, unable to afford a Ferrari, I was drawn to the Fiat 124 Spider, which shares many design cues with its more expensive cousins.

The front-engined, rear-drive, disc-braked car was designed by the late Tom Tjaarda at Pininfarina.

In short, it was a car that fitted all my criteria and was not going to cost anywhere near the Ferrari range. 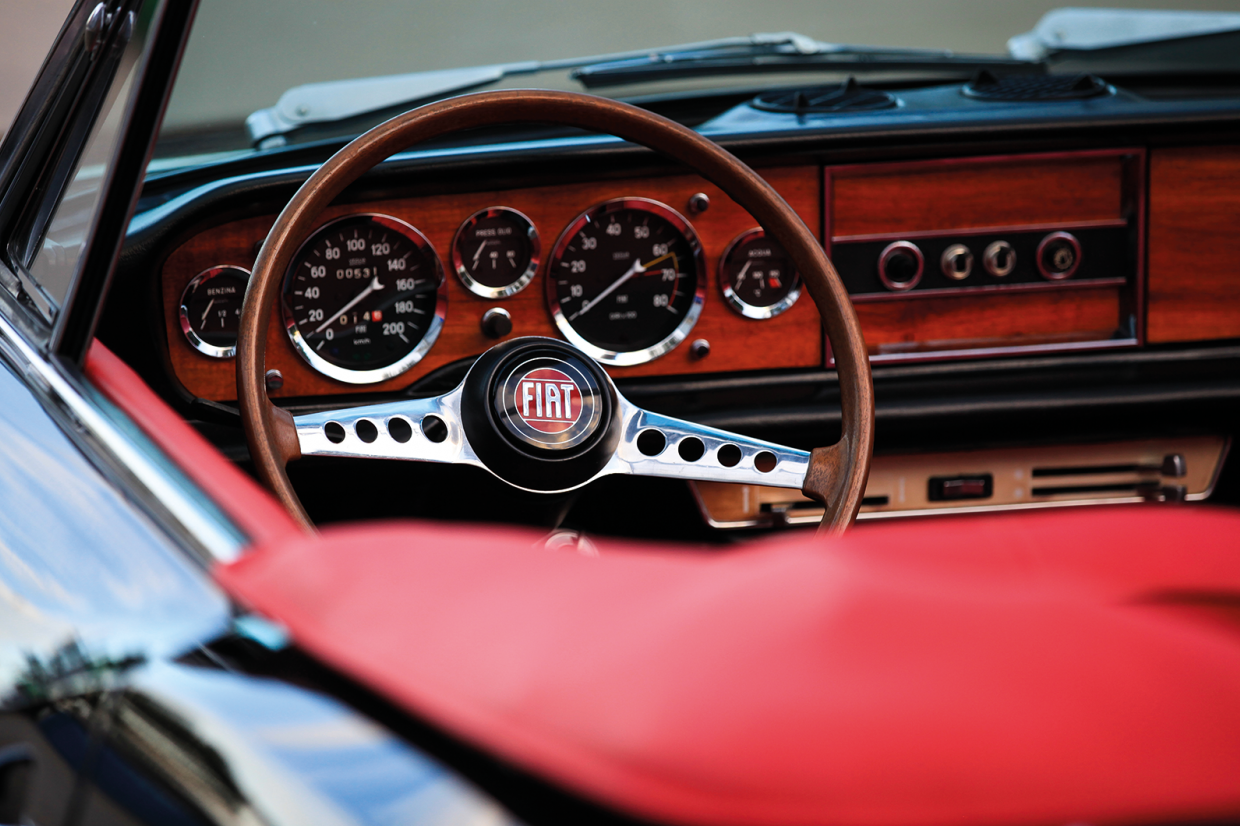 After many years of researching and searching for my perfect Fiat, I stumbled across this car in Sydney, Australia.

To my surprise, I found an early chrome-bumper Spider sitting under a cover in a workshop. These models are rare because Fiat never sold them in Australia.

My initial thought upon seeing the car for the first time was ‘man, this is going to need some work’. It was not running at the time, and there was a substantial amount of rust.

Determined to have my piece of Italian beauty, I made a courageous decision and purchased the car.

After a couple of false starts, my Fiat then underwent a 14-year restoration journey.

First, the Spider was completely dismantled before being sent away to the sandblaster to gain a better understanding of what I was dealing with.

The result wasn’t good: rust holes in the floor and sub-structure. The front end had clearly been involved in a serious incident, too, and nearly every panel needed work or replacing.

Undeterred by the rot, I embarked on a mission to create one of the world’s best Fiat 124 Spiders. 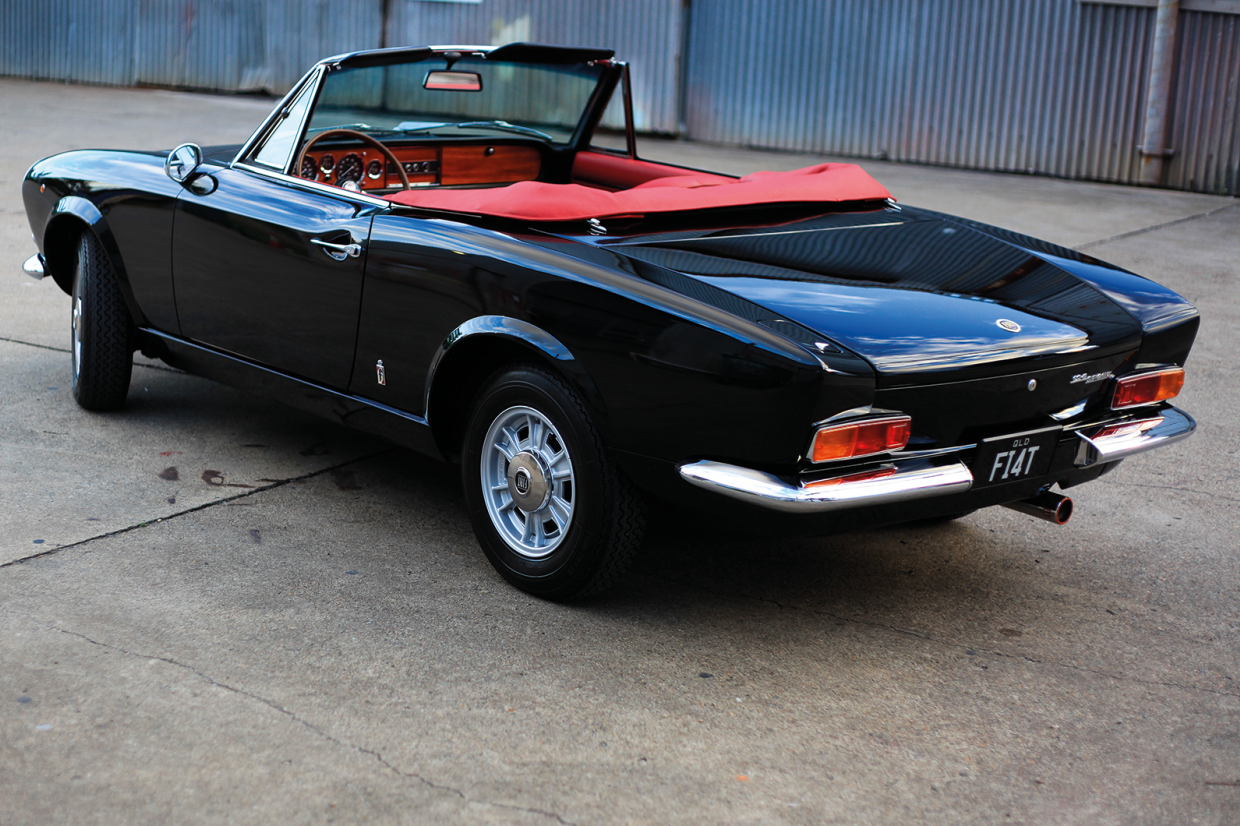 During the restoration, I was able to confirm that my 124 was the first original black (Nero) Sport Spider released from the Fiat factory in February 1967 (build number 124AS0000645) and one of only two produced between 1966 and ’67. According to many Fiat sources, these black Spiders were by special order.

Given the chassis number of this Spider, I’d say this is one of the oldest surviving ’67 124 Spiders in the world and with this new-found appreciation for what I have, I am satisfied by the decision to restore the car properly.

The lengthy list of works started with returning the Fiat to left-hand drive because they were never built in a right-hand-drive configuration.

I enlisted the services of specialist panel-beaters, who worked on the body for more than four years. The goal for the exterior was perfection. It had to be, because the car was going to be painted in its original black hue, a colour that is known not to forgive even the tiniest imperfections.

At some point prior to me acquiring the car, the original 1438cc engine was replaced by a 1608cc unit. That engine was removed and replaced with an original, period-correct 1.4-litre engine, designed by ex-Ferrari engineer Aurelio Lampredi.

The twin-cam was completely torn down and rebuilt to factory spec. Every nut, bolt and component was removed and repaired or replaced. 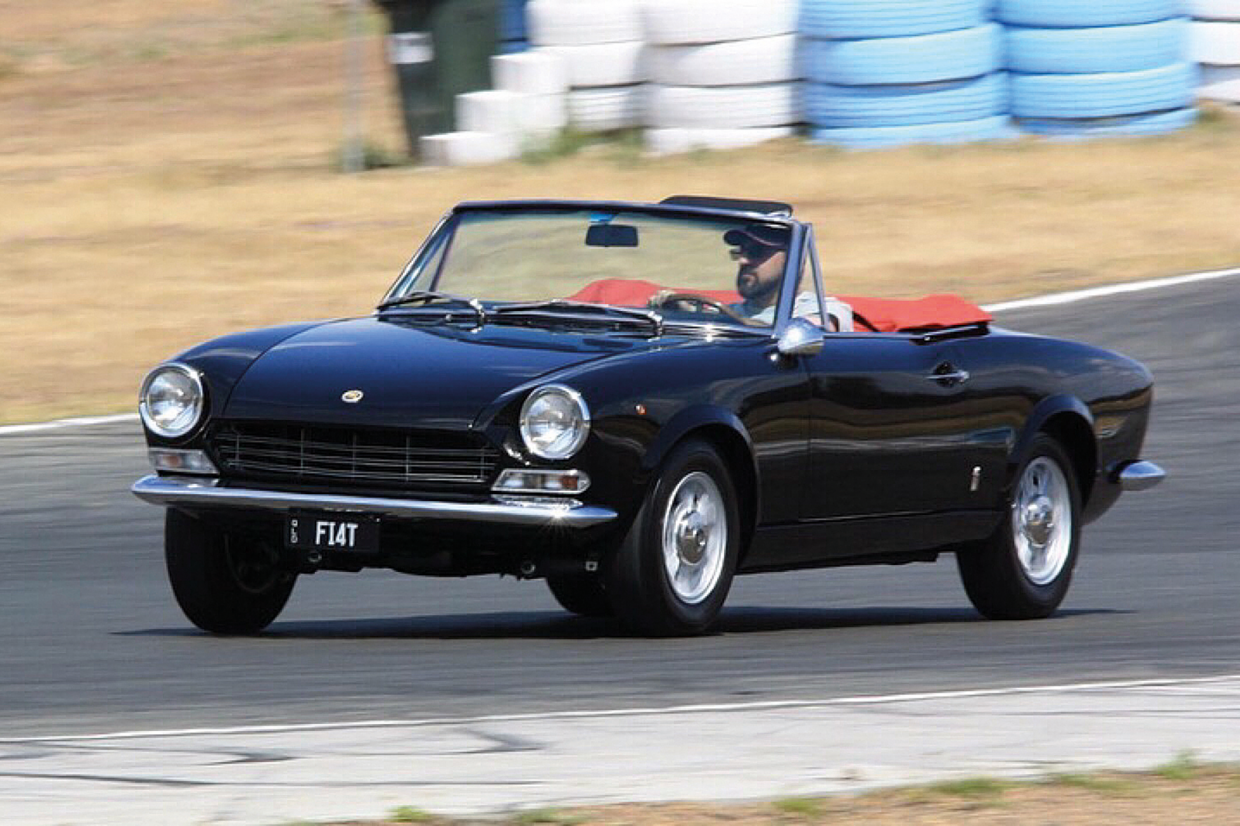 Back in 1967, the Fiat 124 Sport Spider was offered with optional magnesium wheels by Cromodora. Sourcing a good set of alloys and finding correct replacement tyres had its challenges, but I am really pleased with the look and ride.

According to records sourced from the Registro Nazionale Fiat 124 Sport Spider in Italy, interior colour choices were very limited on the Pre and First Series Spiders.

Original black cars were only released with two interior options: Rosso (red) or Avorio (ivory). After further research online, I found that most Spiders around the world either had black or tan interiors, so for me the rare and more striking Rosso was the obvious interior shade to pair against the deep black bodywork surrounding it.

My Spider was completed in 2017 and is a joy to drive. I often attend my local ‘cars and coffee’ events and visit many classic shows. I am convinced that if you don’t drive them, they deteriorate.

The Fiat 124 Sport Spider is such an underrated car, but they are climbing in value.

I truly believe that I have created one of the best in the world and, if you are looking for a Pininfarina-designed Italian classic, you would be hard-pressed to find better value. 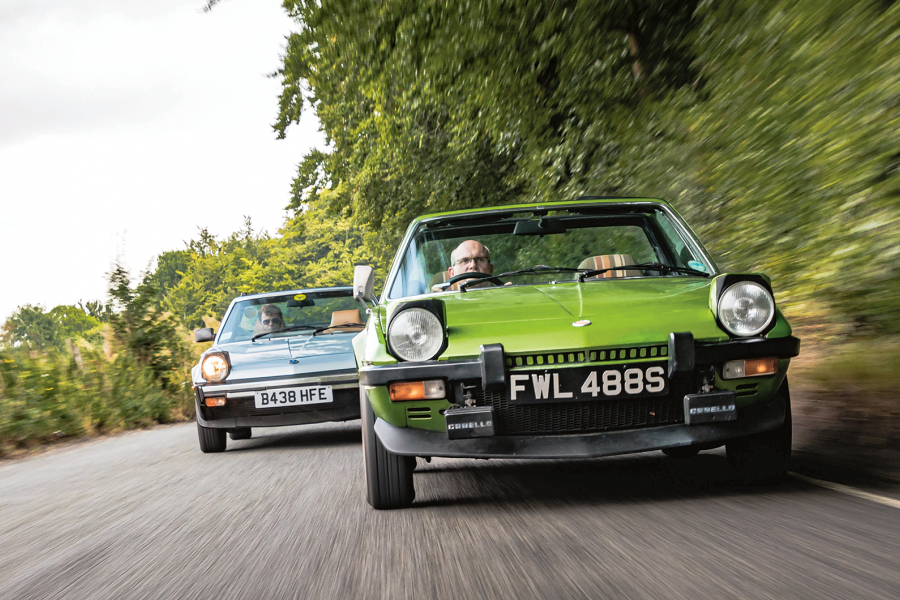 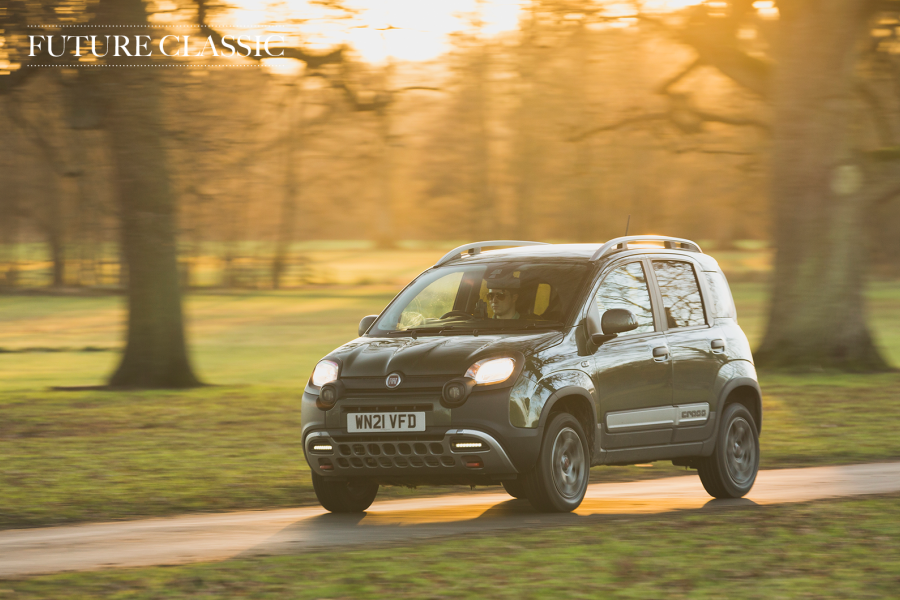 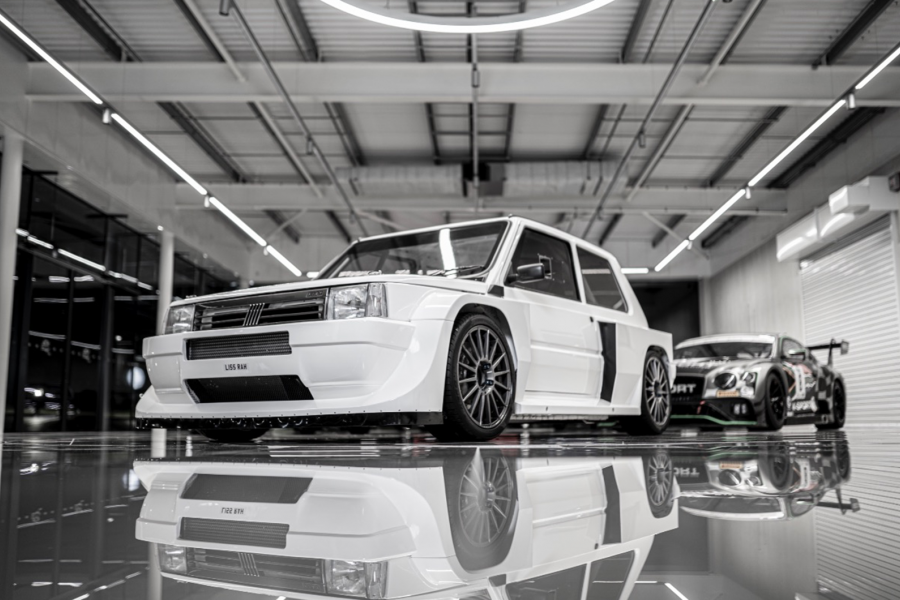 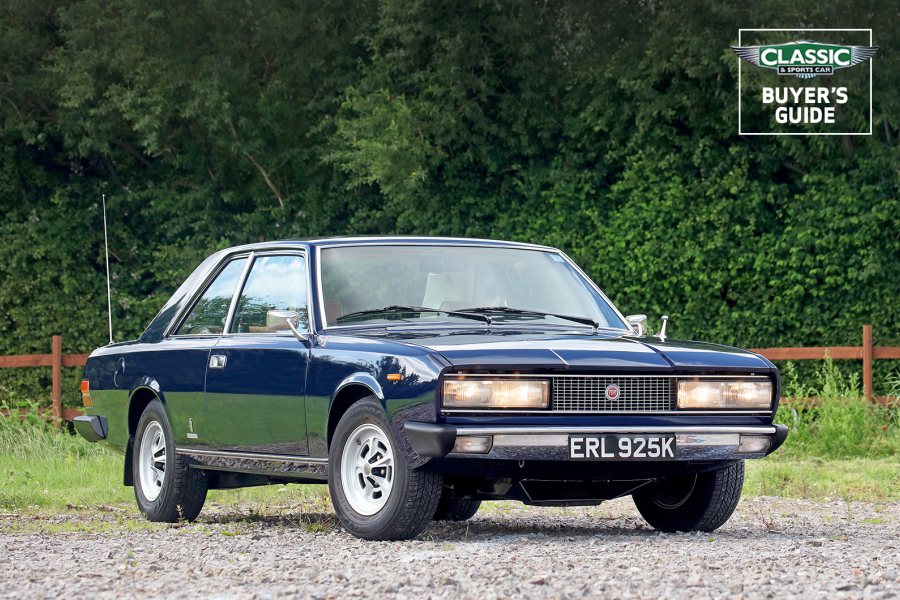