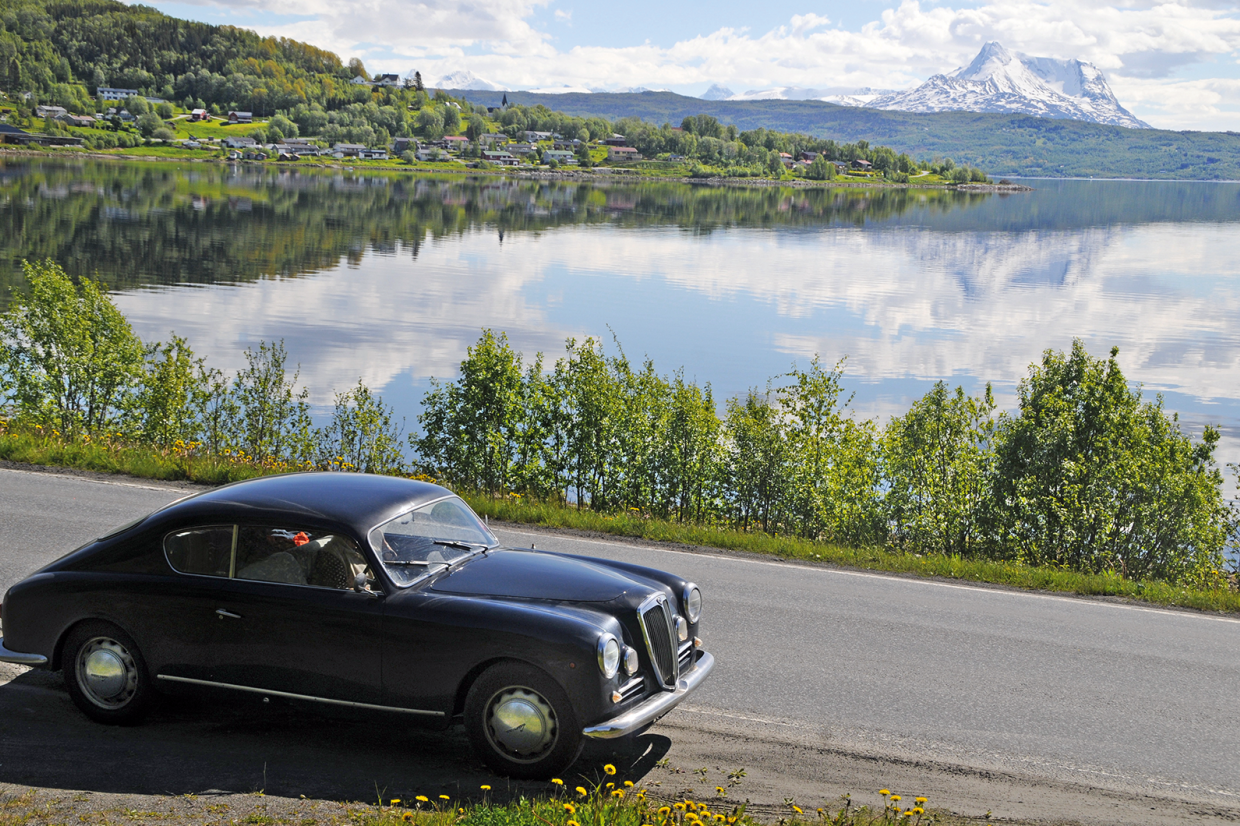 In 1954, I was 17 years old when I found an article in a motoring monthly that lit a fire in my adolescent soul.

It was about a visit to the Lancia factory, and there were detailed descriptions of the Aurelia GT with photos of the car, the engine, the suspension and the transmission.

Like so many young boys, I was fascinated by cars and at around the same time I saw a movie about motor racing in Italy in which the main character drove an Aurelia GT.

I had fantasies of sitting behind the wheel, but knew that this would remain a dream because the price was out of reach for all but the very rich.

In 1961, I got married while I was still at university. My wife’s wage as a nurse was enough to sustain us, but not really sufficient for a car. Nevertheless, I bought a tired Jowett Javelin with some cash my mother lent me.

In 1968 – after many stupid mistakes and a steep learning curve – we had a running Javelin and went on holiday to England and Scotland. 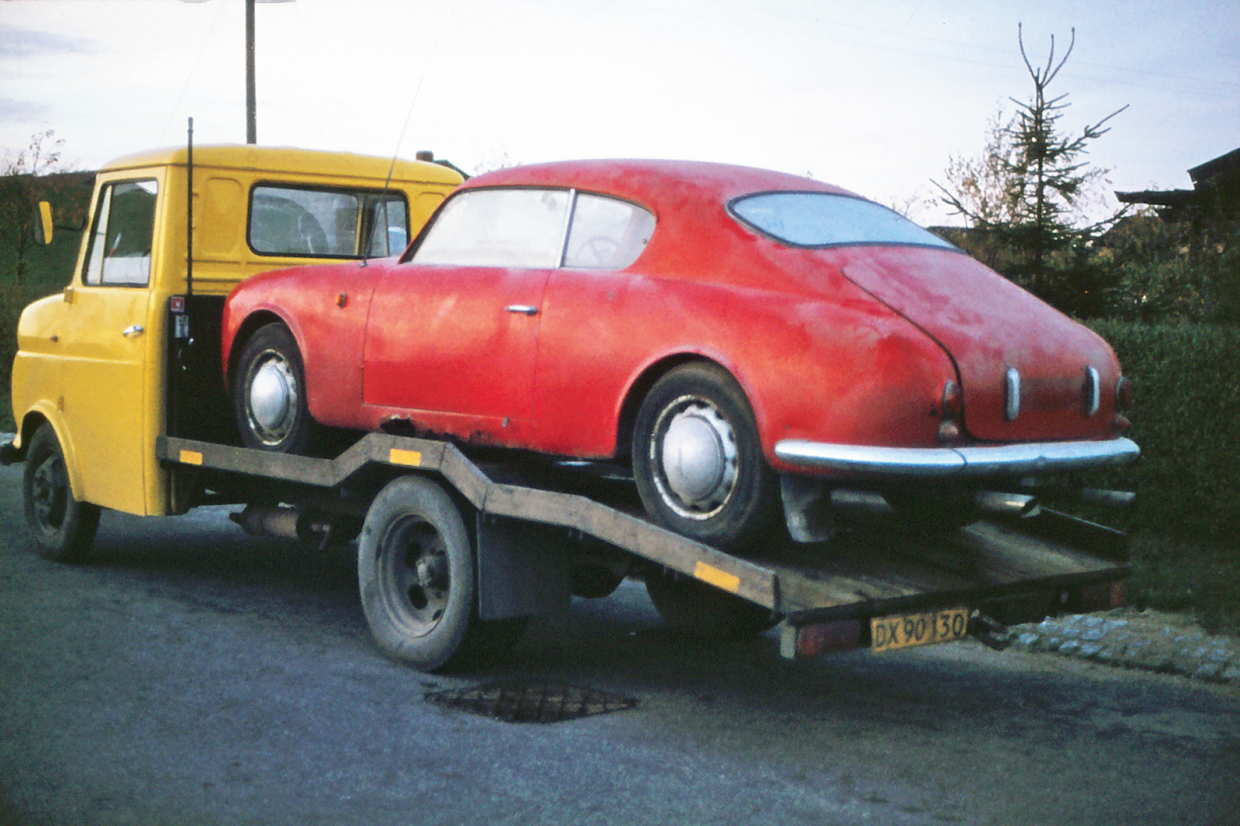 The Aurelia arrives on that memorable afternoon in December 1977

My wife is a very loyal and tolerant woman. I was perfectly happy with the Jowett until 1977, when I came home one evening and my wife told me that a distant acquaintance had telephoned.

She would not disclose what it was about, so with my curiosity aroused I called him back.

“I’ve heard about a Lancia Aurelia languishing in a nearby barn,” he said. I hardly believed him, because I knew of only one Aurelia GT in Denmark.

But he insisted, and said that he even had a photo of the car. I got the owner’s number and immediately rang.

Yes, he owned the car and it was for sale, but it had been transported to another part of the country because someone there wanted to buy it.

Nothing had come of the sale, and he was fed up with the situation so I was welcome to buy it – provided I fetched it myself.

A few days later I was on my way, together with someone who owned a transporter. The door of a barn was opened, and there it was: red, dirty, but seemingly complete, with the front bumper inside the car.

The rejected buyer was grumpy and wanted money for storage. I paid, and we left with the Aurelia. We arrived home just before dark, so I was able to show my new treasure to my wife in the waning daylight. Luckily, she liked it! 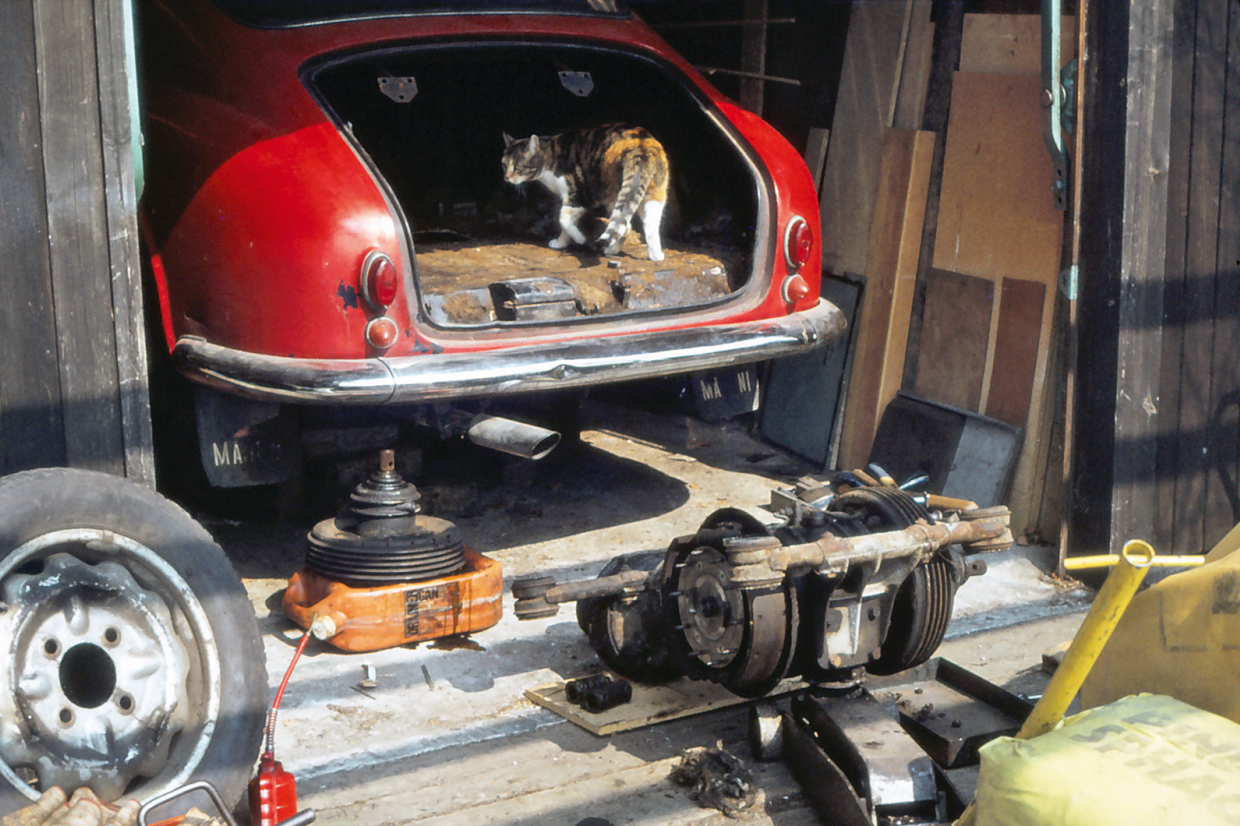 Clutch, gearbox, differential and rear brakes are in one unit at the back of the car

After Christmas I began to dismantle the Lancia. This is the dirtiest part of a restoration, but you learn a lot about the car and the state it is in.

I had joined the Lancia Motor Club in Britain, and I had searched all over for literature, so I felt that I was prepared for anything.

It took the better part of a year to get the Aurelia to a naked shell – after all, I had to look after a full-time job and a family at the same time.

But when you are young it is no problem to be in the garage until 2am and still get up and go to work the next day. And working on the Aurelia was pure pleasure, I almost felt honoured to have been given this opportunity.

I looked in awe at the way the coachbuilders at Pinin Farina had shaped the body: the welds were just fine lines. And I was surprised to see the slovenly way they had welded the body to the chassis with big blobs. 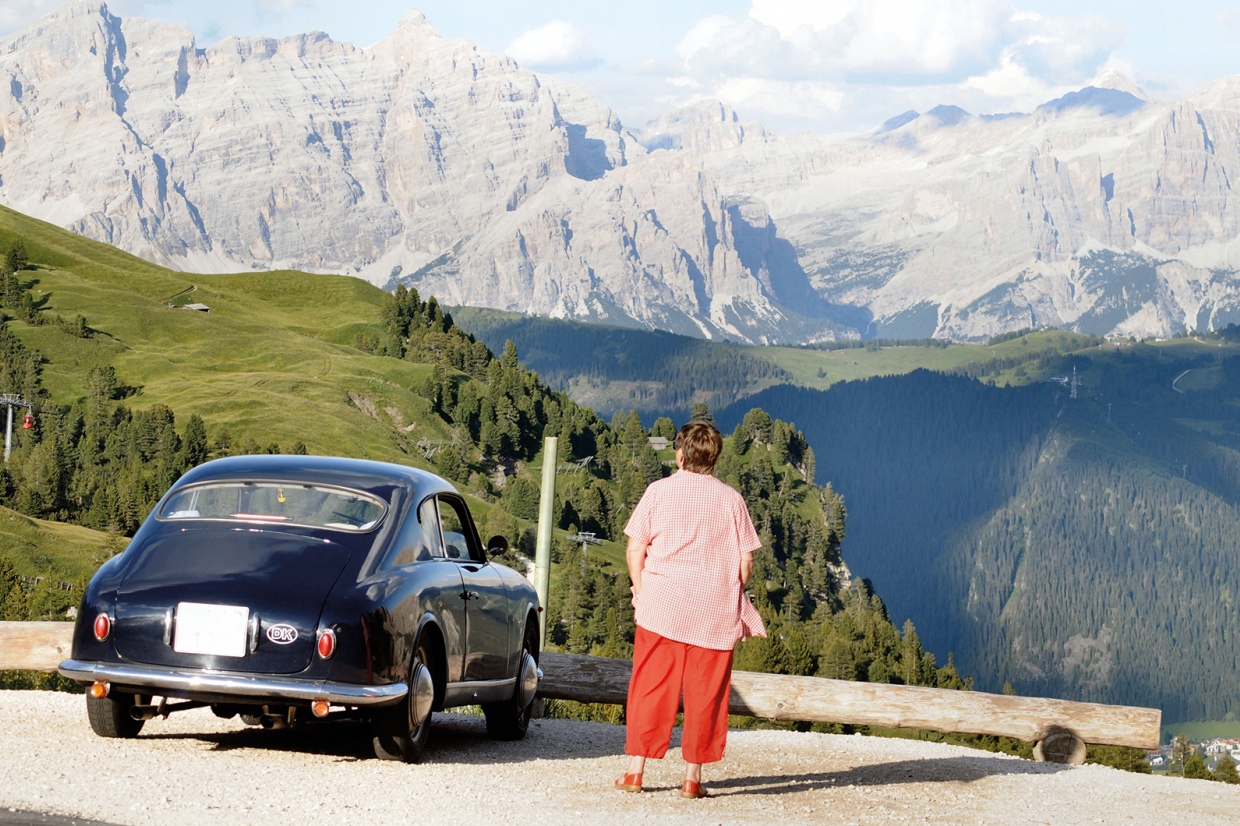 Touring in the Italian Alps

During the four years spent restoring the car, I tried to do as much of the work as possible – partly for economic reasons, but also because it was satisfying to have done it myself.

The only job I should not have done was the paintwork: experience has now taught me to stay away from outside welds and paint.

Our eldest daughter had a boyfriend who was an electrician, and he was proud to be allowed to do all the wiring. And he did a very neat job.

I repaired the corroded chassis members myself after my wife gave me the surprising – and very useful – Christmas present of a 40-hour welding course.

I am quite proud of this job: we have driven the car extensively since ’82, and the chassis members are still just as when I made them.

By May 1982 it was time for registration. When I took it for our MoT equivalent the car was rubbed down but not yet painted, so it was interesting to watch the reaction of the man in charge.

He began by being very critical and wanting to fail the car because of scratches on the windscreen. Then he went underneath and discovered how much work had been done.

It took him a while to find a way of turning around and passing the car. 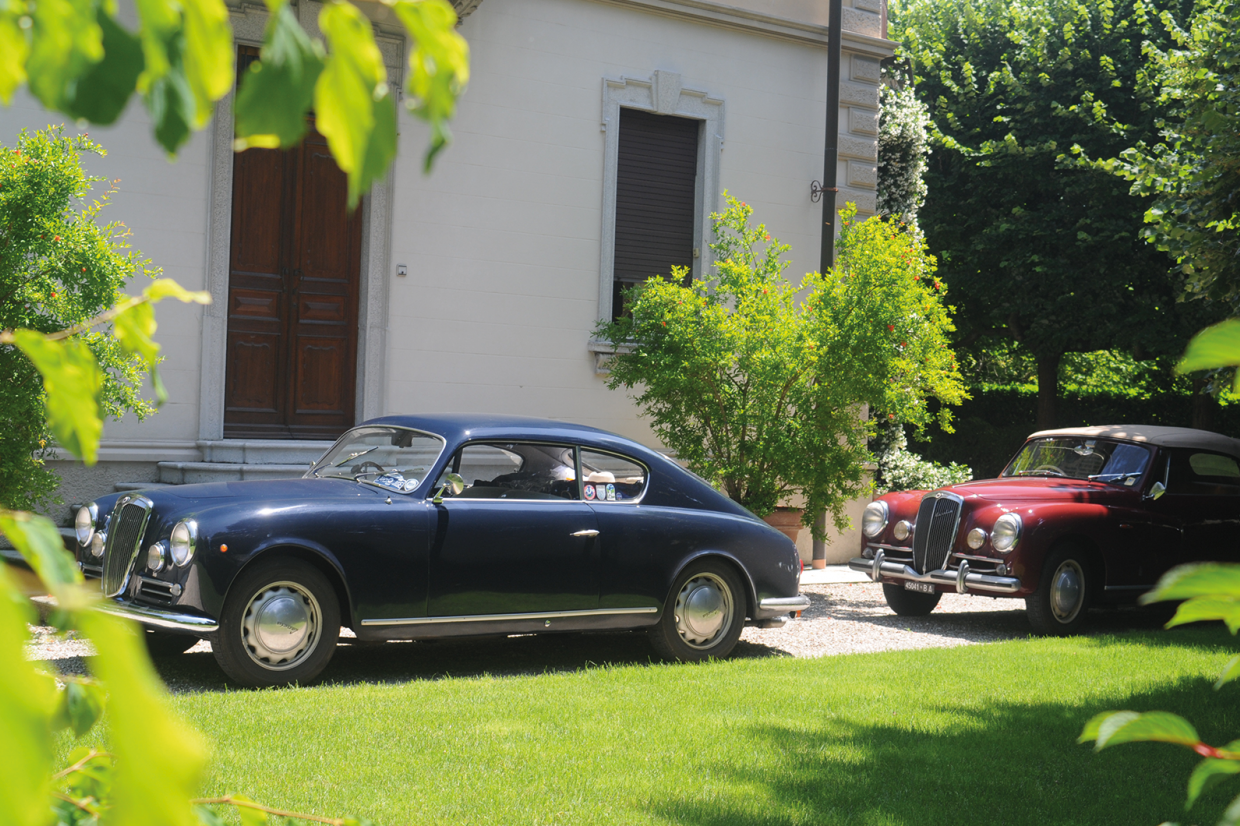 Visiting the former president of the Italian Aurelia register

I decided to celebrate by arranging a rally through Denmark. We ended up with about 50 classic cars from all over Europe driving for three days on quaint and winding country roads.

None of them knew they were celebrating me finally driving my boyhood dream car. Thus began our adventure with the Aurelia, which continues to this day.

After that first rally we dared to drive 500km to Stockholm to visit friends. We were slightly apprehensive, but for no reason because the Lancia was impeccable.

Since then we’ve been several times to Italy, England, Scotland, Norway and Sweden, once to Finland and driven through Germany, Austria and The Netherlands.

We never worry, even if we have had our fair share of mechanical difficulties. Some fit stainless-steel exhausts to their Aurelias; I did it once, and regretted it.

The noise was embarrassing and the Aurelia exhaust is not prone to rusting anyway, so there is little reason not to stick to mild steel. Particularly because it makes such a nice, deep rumble. 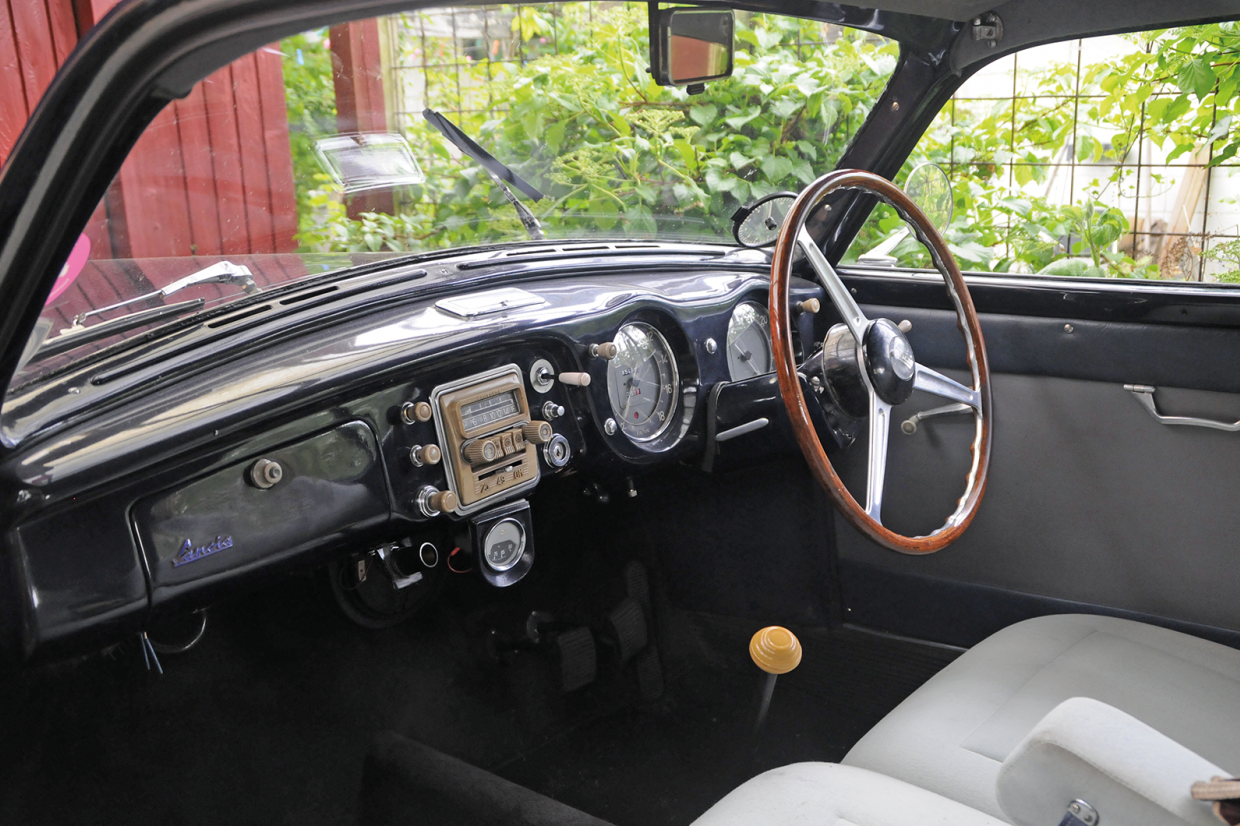 It is always a pleasure to return to this handsome, practical cabin

Each spring it is a fine experience to once again start the Lancia and head for the open road.

It is such fun to go into a fast curve, throw the gearlever into third and accelerate out. Sitting comfortably behind the wheel you can aim the car confidently: it feels immensely strong and you learn to trust it.

You will, however, need to be aware that others do not expect such an old car to go so fast.

On the other hand, you receive lots of friendly waves and thumbs-up. Whenever you stop, you soon collect a group of people wanting to ask questions.

After more than 40 years, driving the Aurelia remains a source of much happiness and joy. 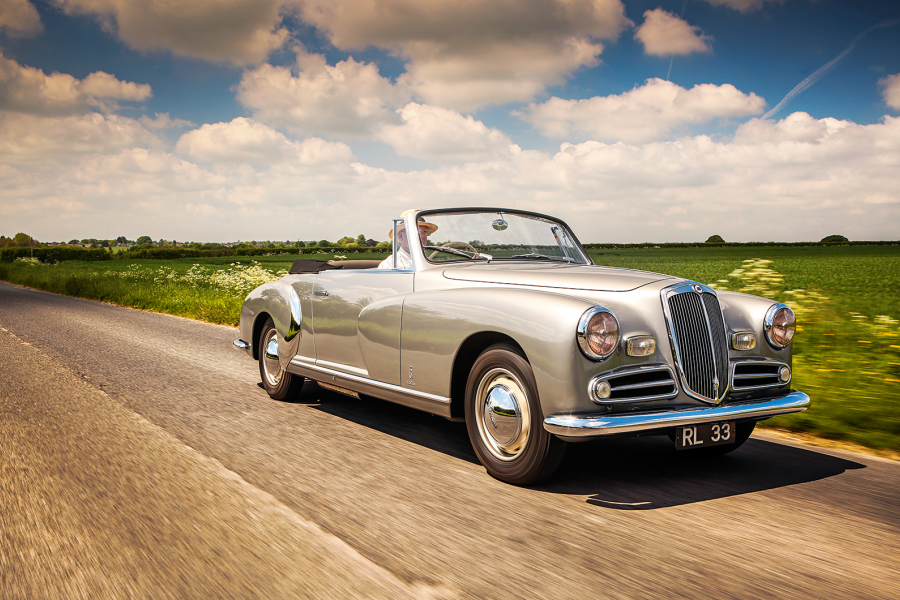 Falling in love again with the Lancia Aurelia Cabriolet 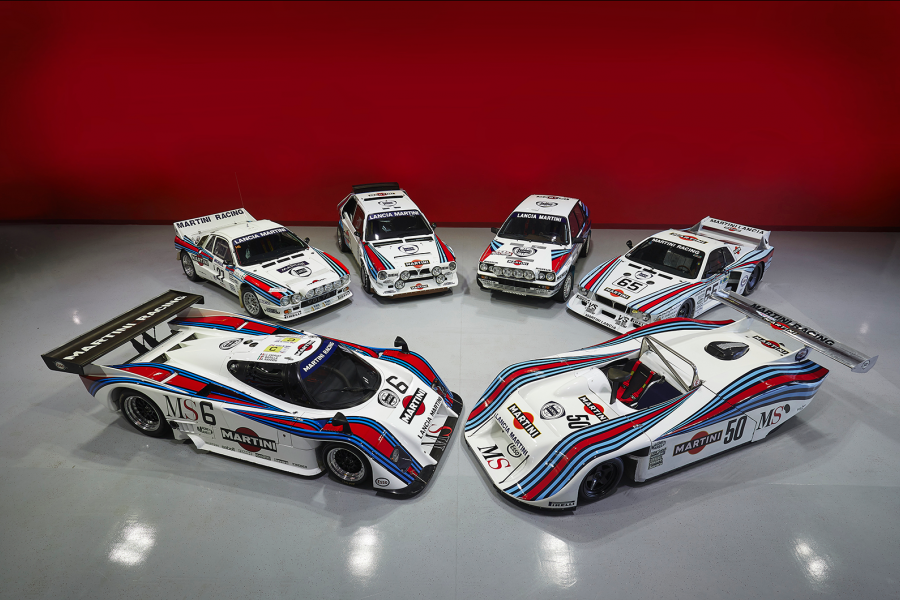 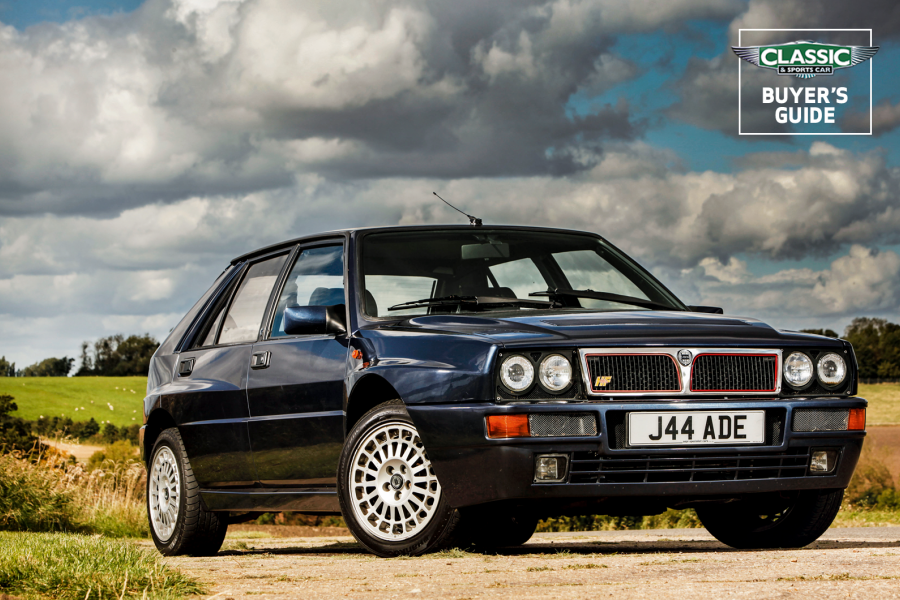 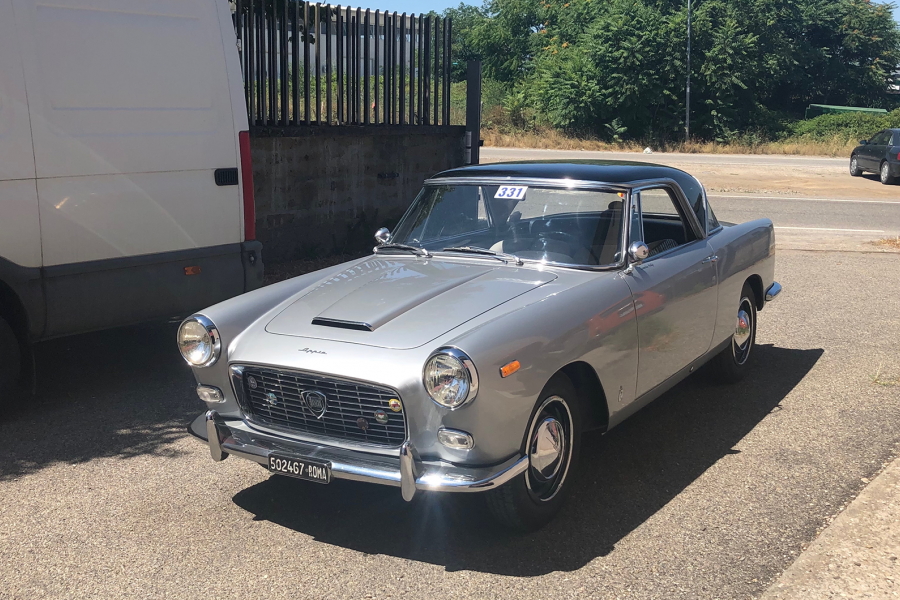