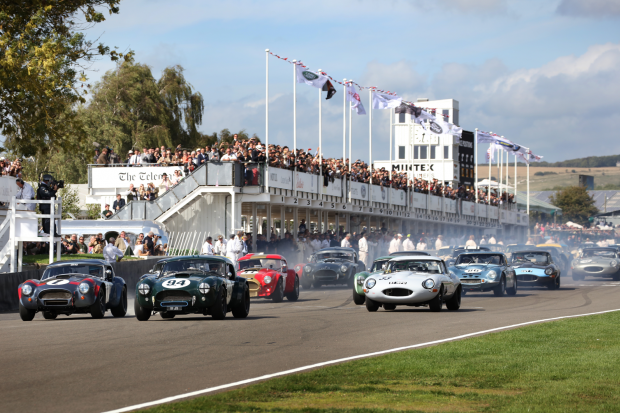 It might only be April and the Members’ Meeting still feels fresh, but Goodwood has already released details of the full race schedule for this year’s Revival.

Returning to the West Sussex circuit between 13-15 September, racing will kick off once again with the spell-binding Kinrara Trophy.

This one-hour, two-driver contest into the fading light of a Friday night will bring together beauties such as Jaguar E-types, Aston Martin DB4GTs and Ferrari 250 SWBs going wheel-to-wheel in a stunning spectacle. 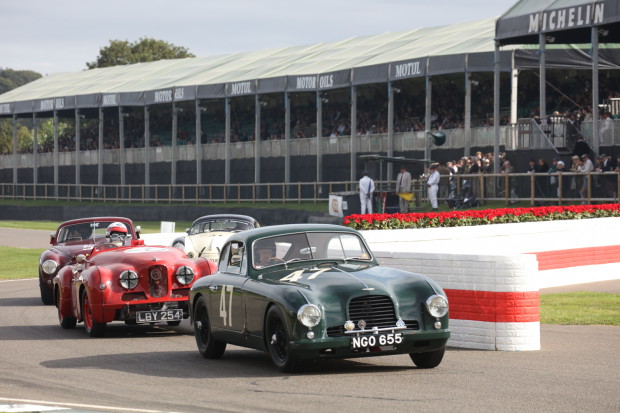 Saturday will get underway with the 25-minute Fordwater Trophy for early ’60s sports and GT cars – so expect Lotus Elites, Porsche 911s and TVR Granturas.

Competitors will then swap four wheels for two as the two-rider Barry Sheene Memorial Trophy Part 1 takes place, complete with Le Mans-style start, before it’s back to cars for the Goodwood Trophy, featuring Grand Prix and voiturette racers from 1930-’51.

Next is a crowd favourite, the first part of the St Mary’s Trophy, when it’s the turn of the superstar drivers to show what they’re made of in ’50s saloons.

This will be followed by ’60s Grand Prix cars in the Glove Trophy, where Ferraris, Coopers, Brabhams and BRMs will be looking to steal the glory from the Lotus machines that have taken the honours in recent years.

Closing Saturday’s proceedings will be the Sussex Trophy. Expect D-types, Listers, Maseratis, Ferraris and more to take to the grid for this 25-minute race for sports cars and production sports-racing cars from 1955-’60. 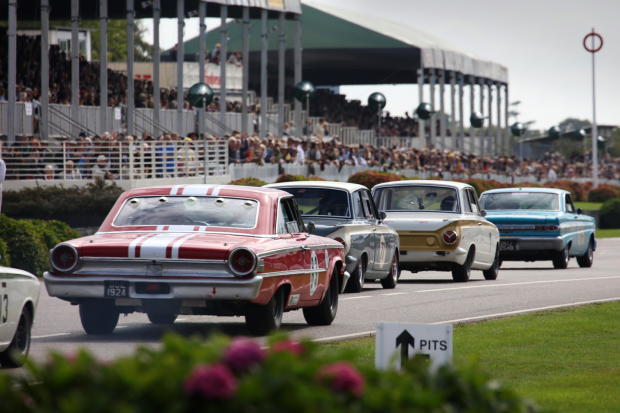 The Revival’s final day will present a packed, eight-race programme, starting with 500cc Formula Three cars from the ’50s in the Earl of March Trophy.

The Richmond & Gordon Trophies will follow hot on the heels, featuring the beautiful 2½-litre Grand Prix cars of a type that raced between 1954 and ’60.

Then it’s the Barry Sheene Memorial Trophy decider, another two-rider tussle that will contribute to an aggregate result, before Goodwood pays tribute to Bentley’s centenary in the Brooklands Trophy.

Next up is one of the meeting’s biggest draws: the hour-long, two-driver Royal Automobile Club TT Celebration, which is sure to be a breathtaking race.

Then it’s the turn of the owners to contest the second leg of the St Mary’s Trophy. Expect close racing throughout the field before the maths is done to see which driver pairing is the winner on aggregate.

Unlimited, pre-’66 sports cars will make the weekend’s penultimate grid the fastest in the Whitsun Trophy. We’re talking Ford GT40s, McLaren M1Bs, Lola T70 Spyders and the like, in what’s previously proved a recipe for some thrilling action.

The closing contest, racing into the sunset, evokes the Goodwood Nine Hour races of 1952, ’53 and ’55, as the Freddie March Memorial Trophy brings together great marques such as Ferrari, Jaguar, Aston Martin and Maserati in what we’re sure will be a fitting finale.

Appetite whetted? Tickets are already selling fast for the 13-15 September meeting. To get yours, click here.

Here's the full Goodwood Revival 2019 racing timetable at a glance:

Who won what at the 77th Goodwood Members’ Meeting

Dream drives: inside the September 2021 issue of C&SC