5 things to see at the Bicester Heritage Super Scramble! 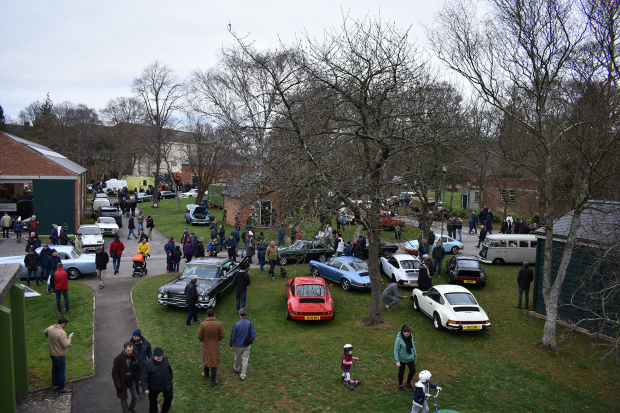 However this Sunday (23 June), the former WW2 bomber station will host the inaugural Super Scramble!, a turbocharged, more curated version of the familiar Sunday Scramble formula.

But with the regular Scrambles already proving such a draw, the addition of ‘Super’ to the event’s title – not to mention the exclamation mark – promises much more than just alliterative potential, giving this event a lot to live up to before the gates have even opened.

So, what’s in store? Here are five things we’re looking forward to seeing on Sunday.

Whereas standard Scrambles involve punters bringing – and displaying – their own cars, the Super Scramble! instead makes room for a hand-picked selection of notable classics.

And what a selection it looks like being. At least eight decades of British motor-racing excellence are set to be showcased, with the 1933 Brooklands Napier Railton and Lewis Hamilton’s 2013 Formula One car just two of a planned 120 cars on display.

The recently restored, Bentley-powered Barnato Hassan Special will be another special exhibit with a motorsport past, and if Hollywood is more your thing then look out for Peter and Merle Mullin’s 1939 Delage D8-120 Cabriolet, which appeared in 1951’s An American in Paris.

Here’s another way in which the Super Scramble! will depart from the usual format: the Bicester Heritage demonstration track will be open for action.

Expect over 80 cars to perform demonstration runs, plus there’s fun for all the family as kids can go go-karting.

Head to Exhibition Hangar 113 for the inaugural Bicester Autojumble and find that part you’ve been searching for for years, or that something you never knew you needed.

No, we weren’t expecting that here either – but it’s definitely happening. Yes, head over to that same hangar and you’ll also be able to see the first Art of Transport: a live, interactive installation of automotive artists’ studios, with seminars and workshops taking place during the day.

5. All the usual treats of the Bicester Heritage Technical Site

The cars are only one half of the appeal of a trip to Bicester Heritage, because the Technical Site is an unmissable attraction in its own right.

This beautifully preserved historic site offers a fascinating blend of wartime architecture and classic-focused specialists and is a perfectly lovely place to spend a day even if you don’t care about the cars themselves (which you obviously should).

From high-end dealerships to a multitude of workshops and even a classic-themed brewery, there’s something for everyone – and Hagerty’s Valuation Arena is back, too.

“The Super Scramble! will celebrate the heritage of our rich automotive culture, offering sights and sounds to enthusiasts young and old,” said Daniel Geoghegan, Managing Director of Bicester Heritage.

“Bicester Heritage’s philosophy of inclusivity and family appeal has shaped this Super Scramble! and we look forward to what promises to be a memorable feast for the eyes and ears alike.”

As ever, owners of pre-1990 vehicles can come and join the display, and visitors will be free to walk around the site, get close to the cars and enjoy the relaxed atmosphere.

Super Scramble! tickets must be bought in advance, so if you fancy joining in, please click here.