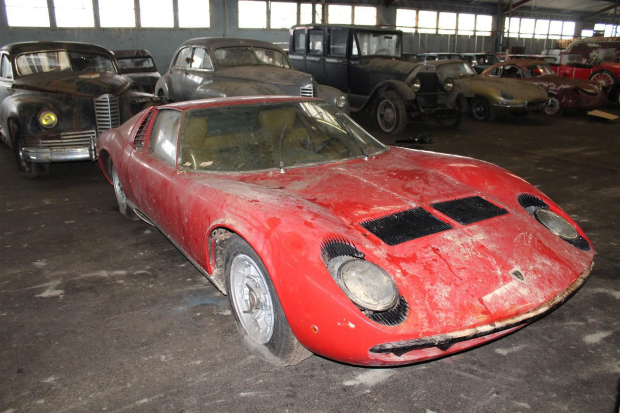 A €560,000 (£493,022) sale price ensured that a 1968 Lamborghini Miura P400 was the standout lot when an astounding 81-car barn-find collection recently unearthed in France went under the hammer at the weekend.

This matching-numbers, V12-engined example shows 77,886km on its odometer and joined the collection in 1996. The seemingly honest pre-sale description says it has rust in a number of areas and that non-standard parts include Ferrari-branded wheel nuts.

Much of the bidding was online, mostly to Swiss and American buyers, and it’s understood the Miura sold to a telephone bidder from Switzerland who, we’d imagine, now has quite a project on his or her hands.

The collection, which could already be the best barn-find of 2019, was amassed by a gentleman called Henry Ruggieri and it’s understood he never used most of his hoard – indeed, to prevent them from being sold, he removed a key component from each car. 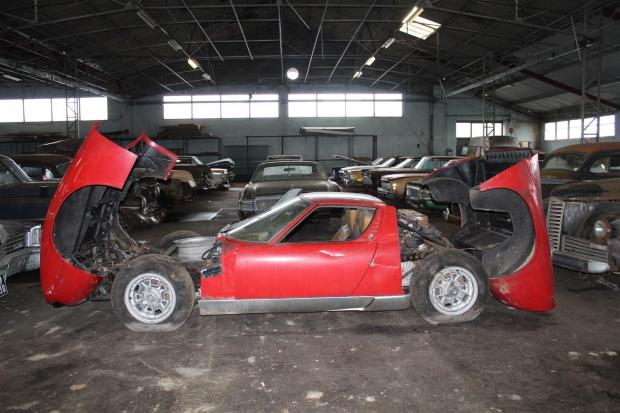 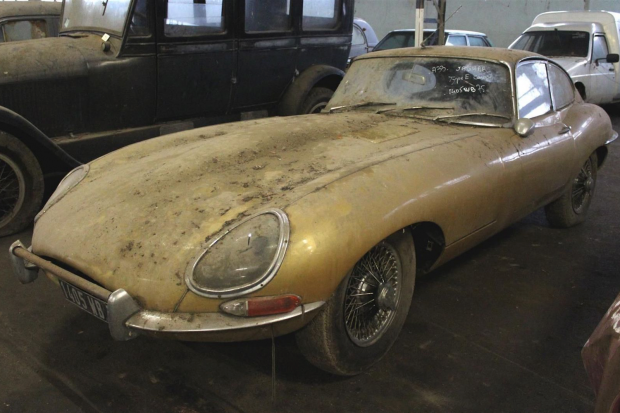 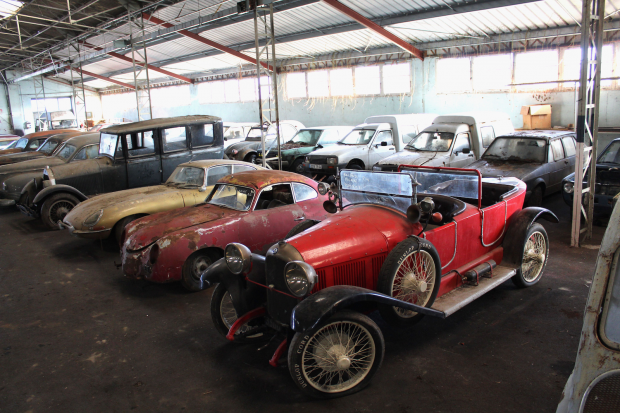 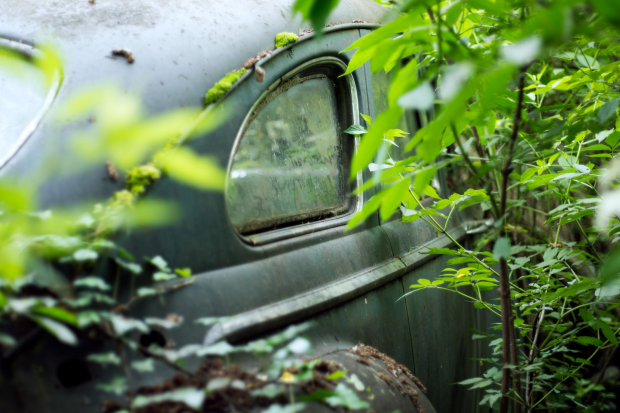 Clockwise from top left: Miura in need of TLC, E-type went for £87k; some of the cars were being claimed by Mother Nature; the scale of the collection

The Miura was the top seller by quite a considerable margin, the second most expensive lot being a 1961 Series 1 Jaguar E-type, which had been in this amazing collection since 1970 and which achieved €99,000 (£87,159).

Rounding out this fascinating podium was the sole Porsche in Ruggieri’s custodianship, a very sorry-looking 1953 356 Pre-A.

Described as having been exposed to the elements for a long time and being very incomplete with significant corrosion, it went to a new home for €48,000 (£42,259). 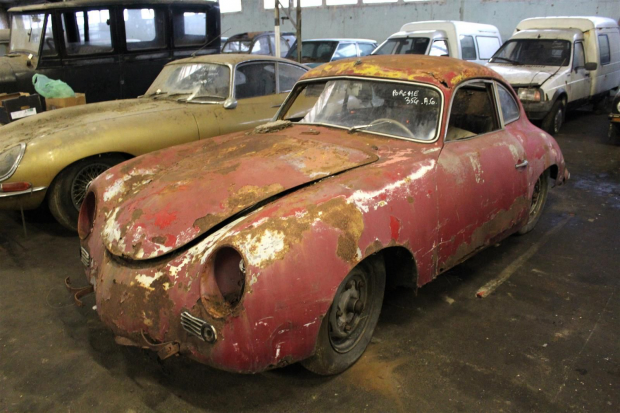 One lot described as a great basis for a restoration – a description which surely could be applied to the majority of the cars consigned to this sale – was a 1958 Lincoln Continental MkIII that achieved €18,500 (£16,287), making it one of the pricier sales.

Its cause might have been helped by the fact that it was the final car acquired by Ruggieri, back in 2012, so its condition was better than many others. 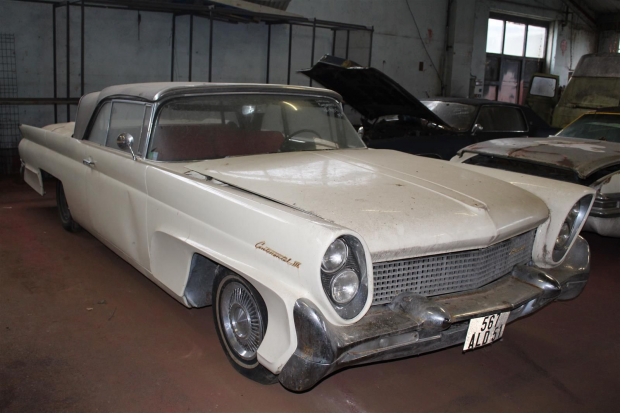 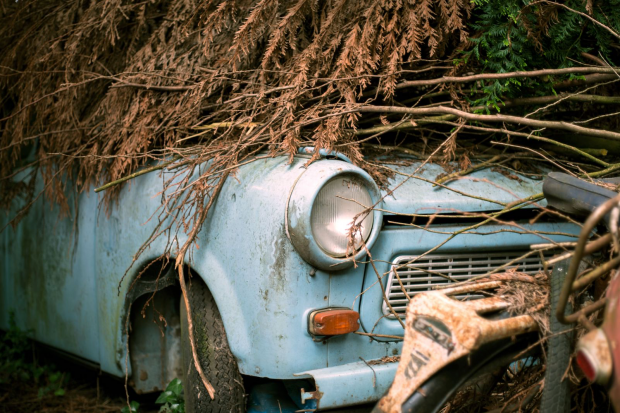 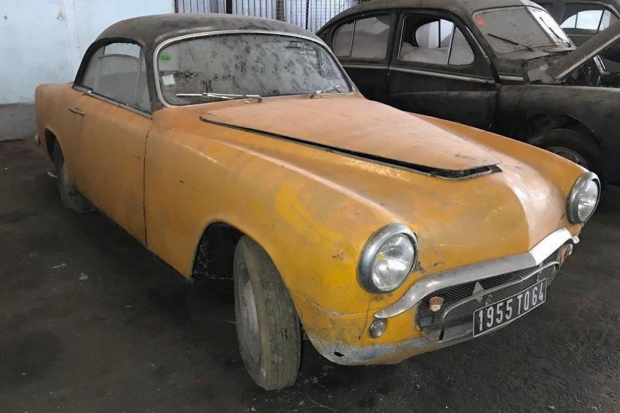 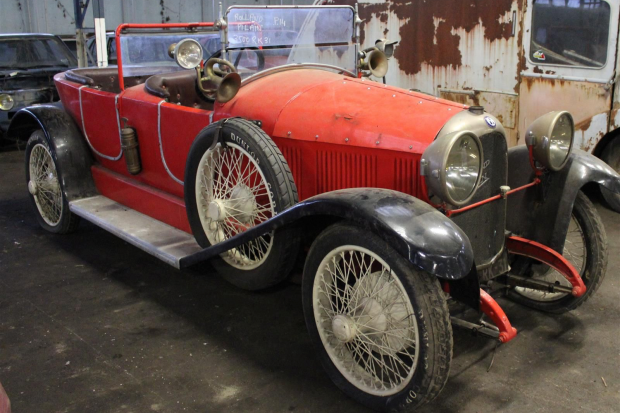 Clockwise from top left: this Lincoln was the last car to join the collection; some cars really had to be dug out; 1924 Rolland-Pilain B22; 1955 Simca Coupé de Ville

This stylish French slice of the ’20s wasn't actually registered until July 1933 and has a seized engine, but we hope someone can bring it back to its best.

Indeed, fingers crossed that last weekend’s sale was the light at the end of the tunnel for each of these 81 cars, even if some new owners now have quite a lot of work on their hands.

The 30 greatest barn-finds of all time

Ups and downs: winners and losers in the 2018 classic car market