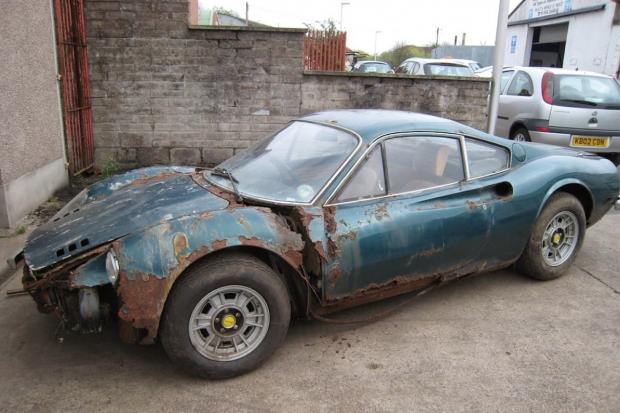 Shockwaves were sent through the classic car world when a derelict Ferrari Dino grossed more than £130,000 at auction.

The barnfind 1973 246GT from a deceased estate had been stashed away in 1975 and despite being described as "rotten as a pear" drew frenzied bidding, helping Silverstone Auctions to a sale total of £1.7million.

Ironically, the auction's top-seller was a recently restored 1971 246GT that appeared at that year's Earls Court Motor Show. Given its history and condition – and what the other Dino would cost to put back on the road – it actually looked good value in comparison at 'just' £250,700.

One of the most interesting lots for collectors was undoubtedly the 1990 BMW Z1 with fewer than 200km on the odometer, a fact reflected in the huge £54k that was paid for it.

Catching our eye was an immaculate 1958 Porsche 356A 1600 Reutter Coupé that made £71,300. So freshly restored is the car that it hasn't even been run in yet and was not quite finished when it was photographed pre-sale!

Click here to read James Elliott's blog on the Dino.