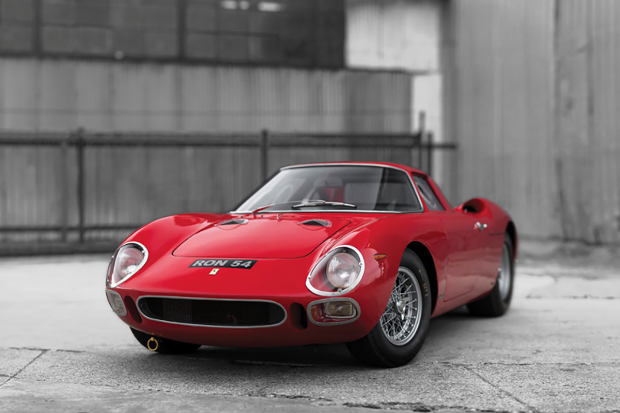 In a year where classic Ferrari prices have gone from strength to strength, it will come as no surprise that the Italian marque once again dominated the results of a Pebble Beach auction week in which almost $400,000,000-worth (£255,000,000) of metal crossed the block.

Despite Fry driving the car as much as possible  – to the point that he received a medal of recognition for his outstanding achievements in racing by none other than Enzo Ferrari – he never had a major accident.

The car is one of just 37 covered headlight, short-wheelbase examples, and has never been subject to an extensive restoration.

The one-off Giugiaro masterpiece was once owned by renowned designer Nuccio Bertone, and paid homage to the Maranello firm’s Championship-winning 1961 Grand Prix car.

One of the few non-Ferrari lots to break into the top ten was a 1998 McLaren F1, which had been upgraded to LM specification by the factory – one of just two road examples to undergo the treatment.

In addition to racing at La Sarthe in 1953, the Jaguar was campaigned extensively by Ecurie Ecosse the following year, and had been fully restored in the team's blue livery.

The same price was achieved for a 1956 Ferrari 250GT Tour de France, which was a previous class winner at the Pebble Beach Concours d'Elegance.

Owned and raced by the legendary Marquis Alfonso de Portago, the 250GT is the fifth of only seven Scaglietti-bodied first-series competition berlinettas and placed first at the 1956 Tour de France Auto.

The final non-Italian entry in the list of top ten Pebble auction results was a Rothmans-liveried Porsche 956, which won Le Mans in 1982.