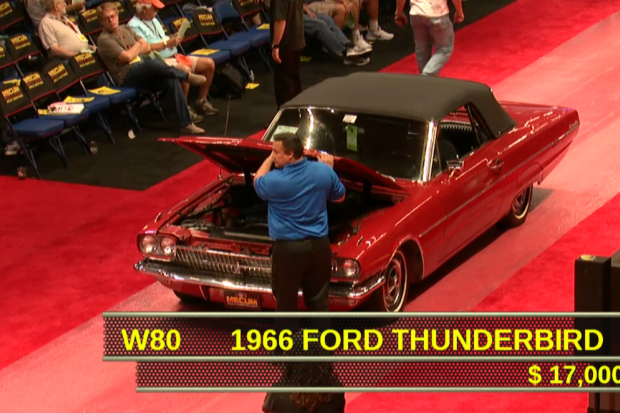 Mecum’s Spring Sale got off at a frenetic pace yesterday (15 May) in Indianapolis, USA, where the top-selling lot was a 1956 Chevrolet Bel Air Convertible.

At $50,000, a 1960 Chevrolet Impala came in second. The convertible was powered by a 348cu in engine (the largest available that year) and came with refinements such as power-release boot, power brakes and power steering. Its fantastic condition comes courtesy of an extensive restoration.

The auction runs until Sunday and you can get a feel for the action via Mecum’s website.