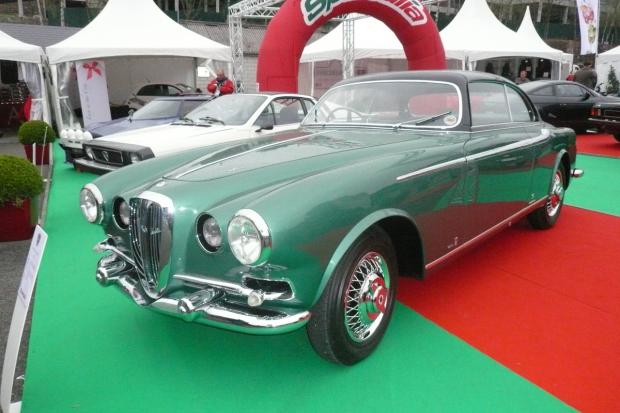 A supremely elegant 1952 Lancia Aurelia B52 Vignale has won Best in Show at Spaitalia, during last Sunday’s celebration of the marque.

The Aurelia came equipped with a twin Weber 2.0-litre V6, which was upgraded to 2.5-litres for 1952’s S3. This car was designed by Turin-based Michelotti and was one of only three produced in this spec.

Celebrating its 20th anniversary, a 1992 Hyena (one of only 24 built) won the class for original unrestored cars.  Based on a Intergale, but with an aluminum composite body designed by Zagato, it was faster than it’s rally-bred brother thanks to being significantly lighter.

This one was discovered by its owner in British Columbia, Canada, and is completely original, right down to the factory-supplied dust cover with hyena graphics.

Another Lancia – this time a 1934 Augusta Airline – scooped victory in the pre-war class. Fitted with a V4 engine, it was designed by the 9th Duke of Richmond and grandfather of the Earl of March, Freddie March, and features Art Deco-influenced aero-styling.

Other Lancias on display included a four-door Gamma and a Flaminia Touring Superleggera cabriolet.