Aussie Minis gather at The Gong 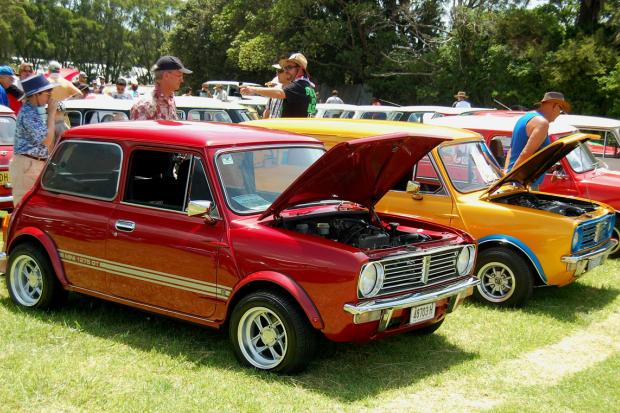 A host of classic Minis descended on Wollongong in New South Wales for the annual Minis in The Gong Show 'n' Shine on 18 January.

Held in the grounds of the Australian Motorlife Museum at Kembla Grange, this year's show attracted 65 entries, including all variants of the classic Mini as well as some A-series-powered interlopers. The model was built in Australia from 1961-'78, and featured many differences to UK market models, including receiving wind-up windows much earlier.

An interesting selection of cars was on display, ranging from meticulous period-correct restorations through to modified examples, including a Clubman Estate with a BMW K-series Twin Cam conversion and several turbocharged and supercharged A-series examples.

The winner of the People's Choice trophy featured a bored-out 1330cc engine mated to an Eaton supercharger, and had undergone a full nut and bolt rebuild.

The Car of the Year award was voted for by owners who had their cars on display, and was won by the immaculate Morris Cooper S of Steve Bogan.

It wasn't a strictly Mini affair, however, with a number of more unusual classics getting in on the action. Notable highlights were an Austin 1100, a brace of Morris Minors and an Arkley. All shared the Mini's BMC A-series engine.

More unusual was a Maserati, which was parked near the entrance, plus one of just 10 Leyland Force 7V Coupes thought to survive.