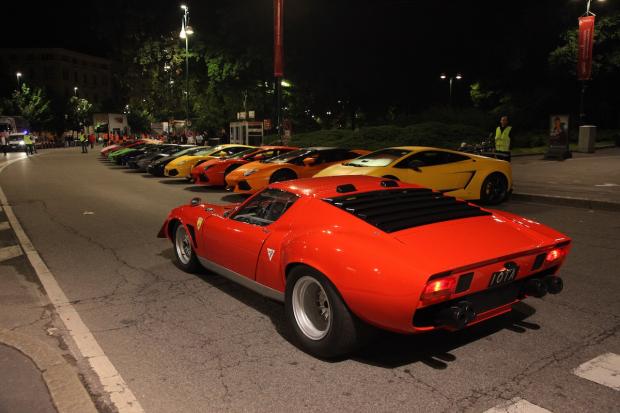 About 350 Lamborghinis will set off from Milan today on the marque’s 50th Anniversary Grand Tour of Italy.

More than 70 of the entries are from the UK, but joining the tour are enthusiasts from countries such as Indonesia, Ireland, Japan, Kuwait, Lebanon, Liechtenstein, Luxembourg and the Ukraine.

The five-day trip will cover the valleys and seaside resorts of the northern half of the country and its central region, visiting Bobbi, Lucca, Rome, Terni and Arezzo, before journey’s end back at Lamborghini’s Bologna HQ.

CEO of Lamborghini Stephan Winkelmann said: “Our cars are always on the edge of the most advanced technological innovation and, for this reason, the theme that we have set for our anniversary is: 100 years of innovation in half the time.”