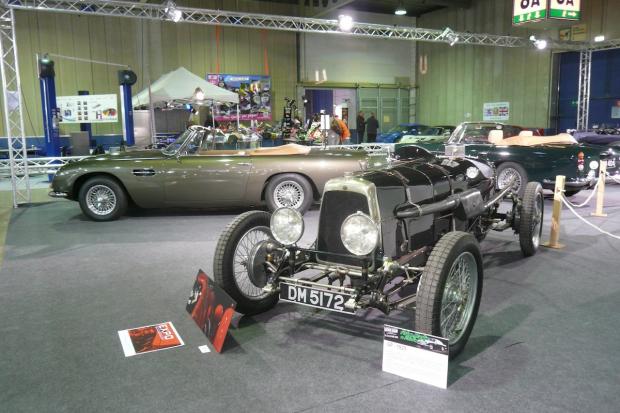 More than 10,000 people packed into the Luxexpo-Kirchberg Luxembourg from 22-24 November for its International Motor Show.

Aston Martin, Porsche 911 and Ford Mustang anniversaries dominated and brought out some real treats including a 1925 Aston with Brooklands history.

But private collections rivalled the big birthday celebrations with some wonderful displays.

They included Saulius Karosas' cars from Lithuania, which ranged from a 1924 Hispano-Suiza H6B Torpedo, to a rare 1930 Minerva AKS-Z.

Karosas' 1937 Horch 853 Coupe Sport, with Erdmann & Rossi-Jos Neuss coachwork, was one of the public favourites.

Porsche specialist and collector Karl-Heinz Feustel introduced a few gems from his Reichshof HQ, such as the actual Waldegard 1970 Monte Carlo winner and a pair of stunning Porsche 911s.

An elegant one-of-two Touring-bodied Ferrari 340 America Berlinetta was fresh from certification at Ferrari Classiche and has already applied for the 2014 Mille Miglia.

Other show highlights were the 1980 FIAT 131 Mirafiori which helped Walter Röhrl to win his first World Championship and a Lancia Stratos.