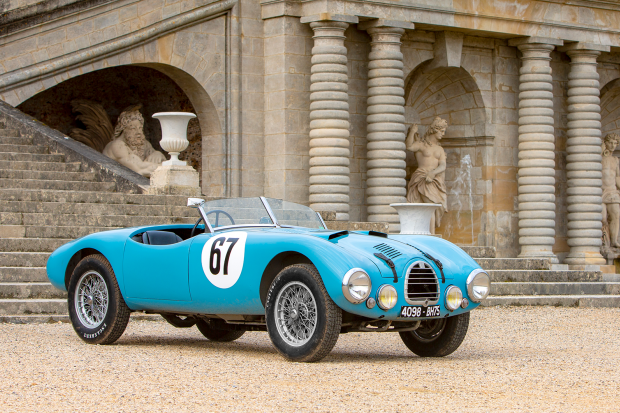 The striking turquoise body on this charming 1947 Gordini Type 15 S Barquette isn’t the only reason it’s caught our attention – far from it.

Pretty though it undeniably is, of greater significance is the fact that it’s one of only two existing Gordini four-cylinder Barchettas and that it has an extensive racing history taking in multiple Grands Prix and the 24 Hours of Le Mans.

And if that sounds like a lot, consider also that this car – chassis number 18S – is the only one likely to ever come to auction, as the other resides in the Schlumpf Collection. 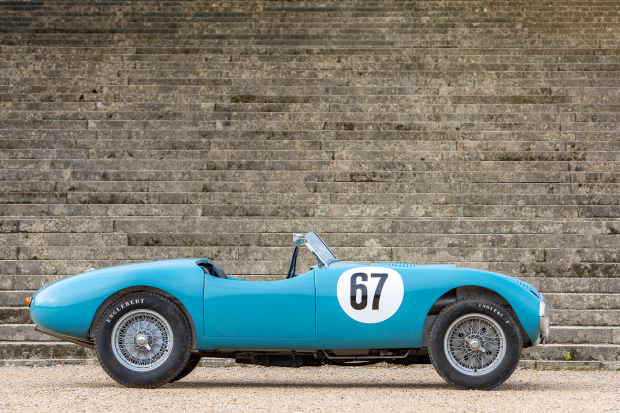 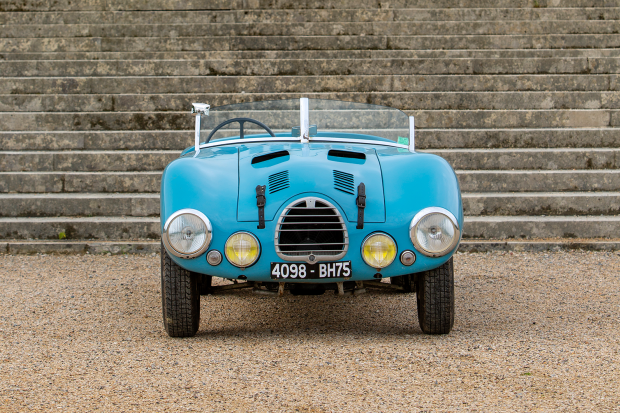 The car’s story starts in 1947 when 15S was one of five Type 11 single-seaters built by Amédée Gordini for his Grand Prix racing team and it first appeared at a race meeting that year in Pau, where it was Jean-Pierre Wimille’s spare car.

Prince Igor Troubetzkoy then raced it to fourth at the Grand Prix de Perpignan before Robert Manzon went one place better at Geneva. Then, having crashed his own car, Wimille took the wheel at Monaco and was challenging for the win before an issue with the oil quality forced its retirement.

Sadly, its next outing saw another superstar driver fail to finish: Juan Manuel Fangio at the French Grand Prix at Reims.

Amédée’s son Aldo drove it for the next few years, achieving results including second in the Grand Prix de Cadours.

In the second part of 1951 and into ’52 it was Jean Behra behind the wheel, and he achieved podiums at the Grand Prix des Sables d’Olonne, Cadours and Pau, before Prince Bira of Siam took possession of it and duly raced it to further podium finishes. 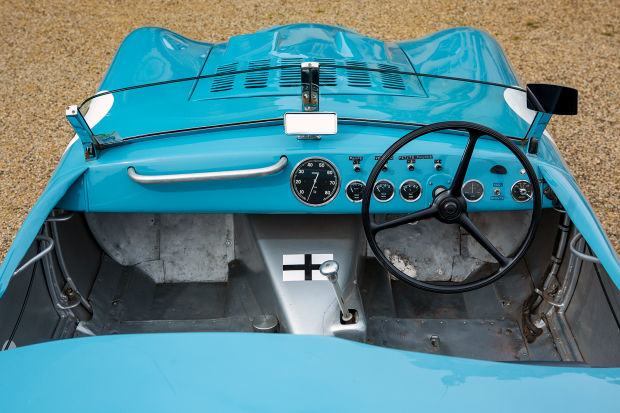 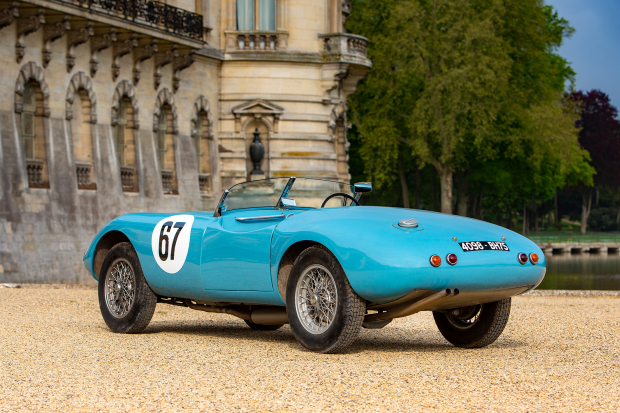 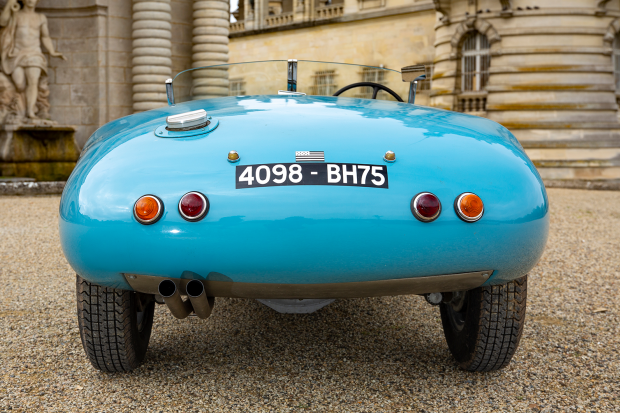 Prince Bira’s retirement from the 1952 Swiss Grand Prix at Berne would be a watershed moment for this car – the next day it was dismantled at Gordini’s Paris workshop.

The original chassis was given a new number, 018, and became a two-seat barchetta with a new body on 12 June, just two days before it made its Le Mans debut with Roger Loyer and Charles Rinen.

Unfortunately, clutch failure halted its progress after 18 hours, but within a few weeks Loyer had secured a fourth-place finish in the Sport du Grand Prix de Reims, winning the 2000cc class.

Between the 1952 and ’53 seasons it was converted from left- to right-hand drive, gained a windscreen, was painted marine blue and became known as the 18S. After being on display at the Motor Sports Show of New York in April 1953 it contested that year’s Le Mans, retiring this time with just four hours remaining.

However, its second place at the Grand Prix de Roubaix had such an impact on two Irish spectators, Redmond Gallagher and Dermot O’Clery of Dean’s Garage, Dublin, that they bought it. 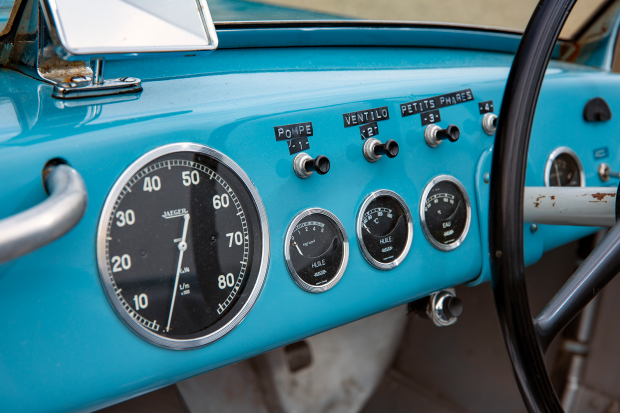 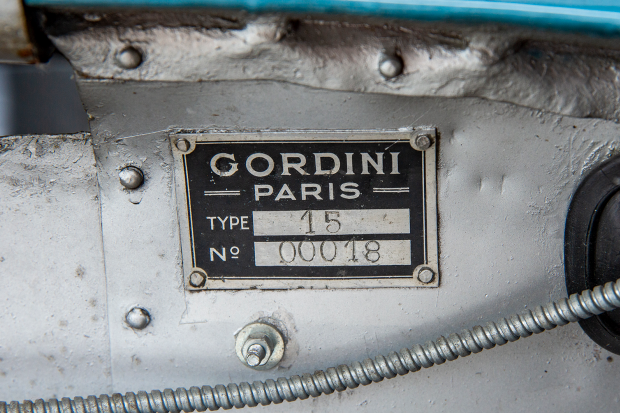 The car’s next owner, Colonel John Burk, raced it at club meetings in its original blue, before selling it to Colin Crabbe, who in turn sold it to English collector Tony Gosnell.

Gosnell hung onto it until 1978 but never used it and when he put it up for sale it was bought by Gordini aficionado Jean-Louis Hamoniaux, who commandeered none other than Amédée Gordini to inspect it; Hamoniaux took ownership on 25 May 1979, the day Gordini died.

Work on the car began a quarter of a century later, with Jean Sage paying the bills, and he and Hamoniaux then enjoyed the car at the Mille Miglia, Monaco Historic and Le Mans Classic until Sage passed away in 2009.

The only action this car has seen since has been on concours lawns and it will be interesting to see how the next chapter in this racer’s life will unfold when it crosses the block on 30 June.

Certainly Bonhams will be hoping that its enchanting looks and intriguing, star-dusted history will spark bidders’ interest. If you fancy a closer look, you can find view the full auction details here.

This unique, early racing Porsche is now for sale