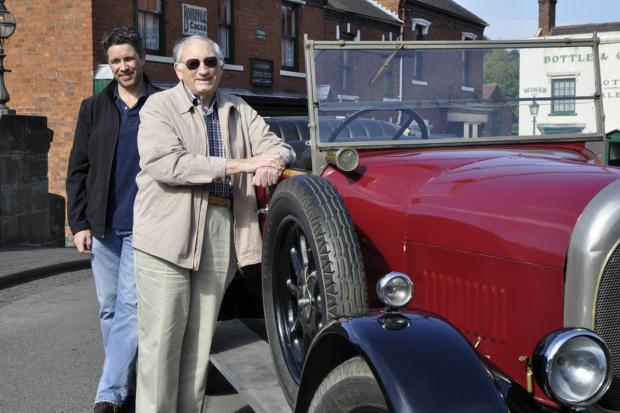 Australian native Graeme French, along with his son Timothy, has travelled more than 9000 miles to see a car that once belonged to his grandfather.

The 1925 Bean 14 was nestling in the Black County Living Museum when it was spotted by French's cousin, who had first seen the car in a newspaper clipping. Closer investigation revealed it was the very same car once owned by Thomas Woodall – French's grandfather – nearly 90 years ago.

"I recall my grandfather saying it was one of two cars on the street at the time he purchased it," said French. "I have memories of sitting in the car as a boy more than 70 years ago. I had always wondered what became of it – I'd very much hoped I'd be able to see it one last time."

French, now 77, was invited to ride around the museum's 26-acre site, and flew all the way from Australia with his son in order to do so.

Timothy French said: "I never met my great-grandfather but it's been brilliant to ride around in his very first car because I'd only seen it in photographs. We've thoroughly enjoyed the experience – it's great to see the family still has roots in the area."

Thomas Woodall bought the Bean 14 directly from the manufacturer, which operated in Dudley in the Black Country, for £395 in 1925. The model had a strong following in Australia, where Francis Birtles drove an example from Sydney to Darwin. It sported a 2.3-litre engine mated to a four-speed gearbox.

The car remains on display at the museum and is driven on special occasions.