Gordon Murray reflects on 50 years of genius with new book 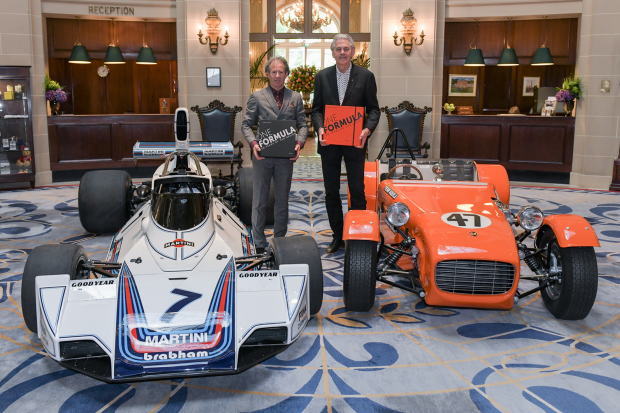 It’s been a long time coming, Gordon Murray’s One Formula – 50 Years of Car Design book. But then he has a lot to say and to recall.

Two years ago, the great and groundbreaking designer began the unenviable task of recounting his career, and the mammoth two-volume, boxed effort, a collaboration with Philip Porter of Porter Press, was finally revealed last week.

A full review will follow in a future issue of Classic & Sports Car magazine; any work that’s taken two years to write and compile is not something to cursorily flick through and offer up a snap judgement on, after all.

It’s not cheap, either, starting at £225 for the ‘standard’ first edition, rising to a super-special £2500 Unique Edition that also includes a small model of the IGM T1 – the first car Murray built – and much more, including a unique sketch by the man himself.

Splitting the difference is a £750 limited-edition version, 100 of which will be made, hand-bound and accompanied a pair of blueprint posters.

What remains consistent between the three are the 948 pages and more than 1200 illustrations inside it. Considerable numbers, not unlike the prices. So prolific is Murray’s career that he had to be reminded of one or two cars and ideas during the book-writing process. 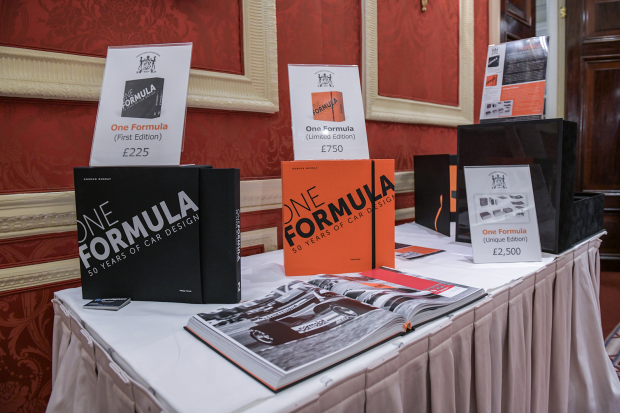 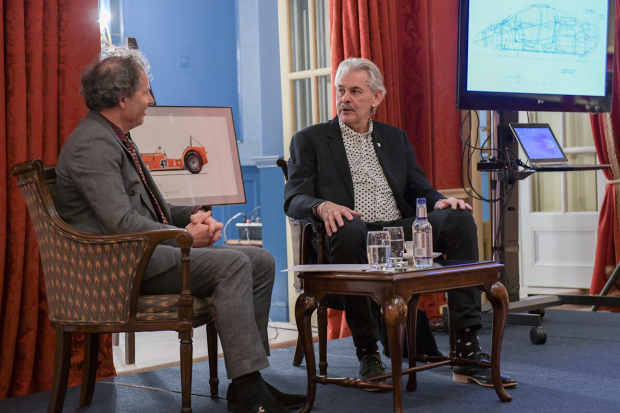 (l-r) The book is available in three versions. None are cheap; Murray and his collaborator Philip Porter

Then again, Murray is a man whose impact stretches far beyond the realm of Formula One and the McLaren road car of the same (albeit abbreviated) name.

On stage in the high-ceilinged and exclusive setting of the Royal Automobile Club’s Pall Mall clubhouse, he pinpointed one noble car to be his finest legacy.

“The OX,” the always-riveting South African affirmatively said. And rightly so. This utilitarian off-roader is not visually arresting in the sense of the Martini-liveried Brabham BT44B that welcomed Club guests much of the week in the lobby, but it does have a real sense of purpose.

“It will have the most powerful impact,” he continued, “and for many more people. It will change the lives of tens of thousands.”

Murray was tasked with creating a low-cost vehicle that could carry anything, and the rugged and robust OX was his solution.

Capable of carrying 1900kg and of being built from flat-pack in a mere 12 hours, it has now attracted funding from oil giant Shell and should soon be pressed into service across the developing world. “It is two-wheel drive and out-performs most 4x4s,” said Murray.

The designer therefore believes the huge book will need updating in the future – so start saving accordingly: “What we’re doing at Gordon Murray Design is some of the most important work I’ve ever done, from single-person autonomous pods to seven-seaters. We can’t make anything public just yet.” 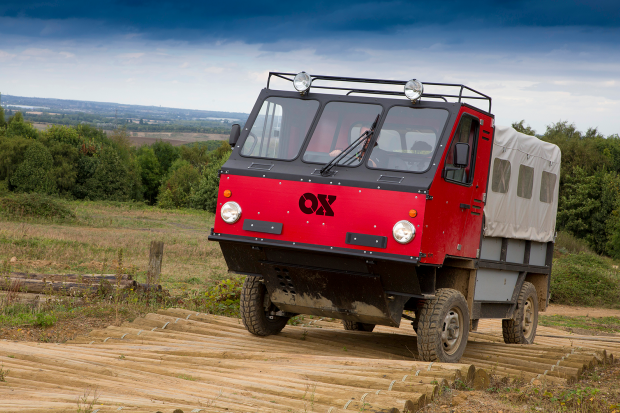 The OX is Gordon Murray’s latest project – and, he says, his most important

No word on TVR, though, which appears to have gone rather quiet in recent months. But GMD’s work there is arguably done; the new Griffith has already been designed by Murray and will use his innovative iStream platform that streamlines the car-building process. Now the ball is in TVR’s court.

Murray also offered a glimmer of hope for the future of versatile engineers. “Back then, I could build and design every part of a car. I would struggle with electrics now, I could design a loom harness – but the Cosworth only had three wires on it.

“Our apprentices go through the whole company, so they get a rounded experience of the whole motor car,” he explained.

Now he’s even designed a book, although he can’t be happy with its hefty weight…

Supersonic! Behind the wheel of the LCC Rocket