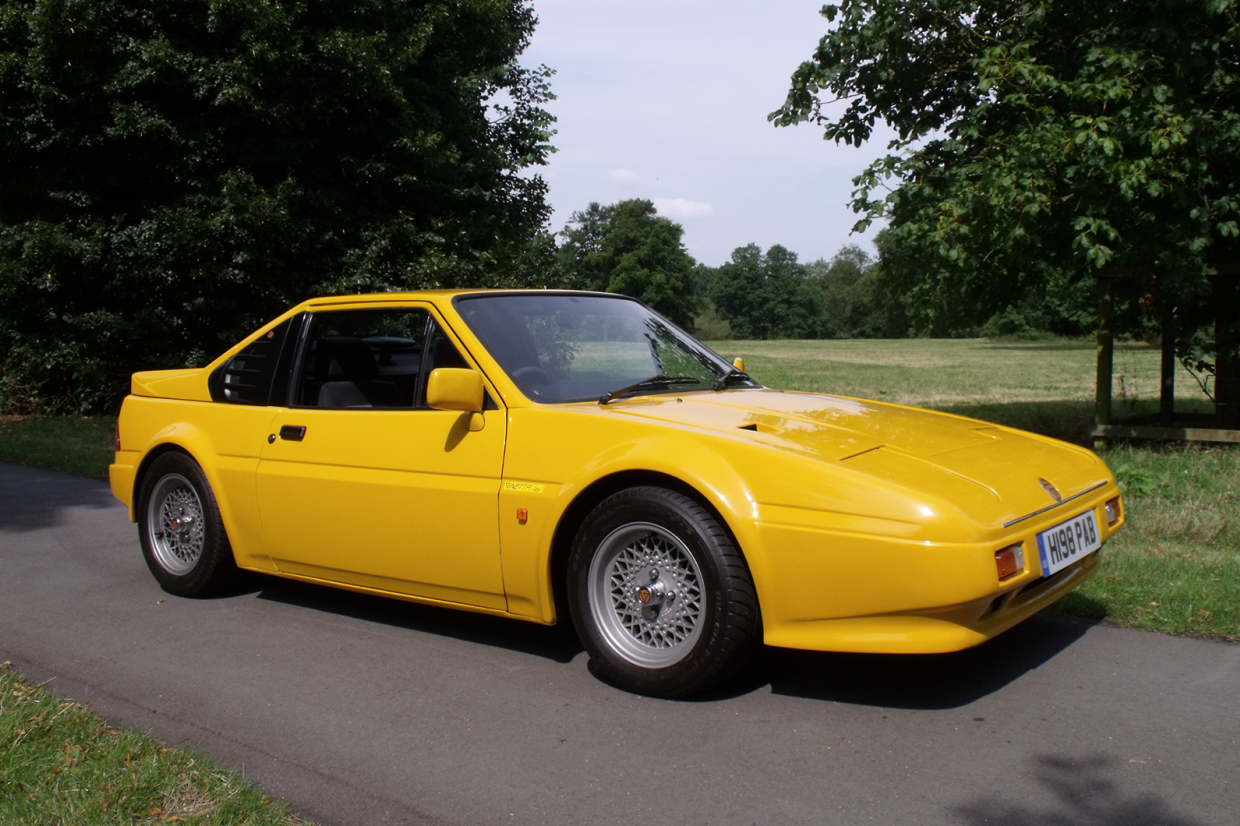 With the NEC Classic Motor Show now just weeks away, the covers have come off the 20 cars vying for top honours in the Lancaster Insurance Pride of Ownership Autumn Final.

The shortlisted classics will be displayed at the 8-10 November show in hall 3, stand 345, so visitors can admire them and vote for their favourite, with the winner announced by Mike Brewer on Sunday 10 November at 2pm.

And one of the more eye-catching cars is David Doolan’s yellow Ginetta G32 Coupé (above) that he’s owned twice. His first tenure was between 2004 and 2012, and he sold it on the proviso he’d get first refusal if the new owner ever decided to sell – and that’s exactly what happened earlier this year. 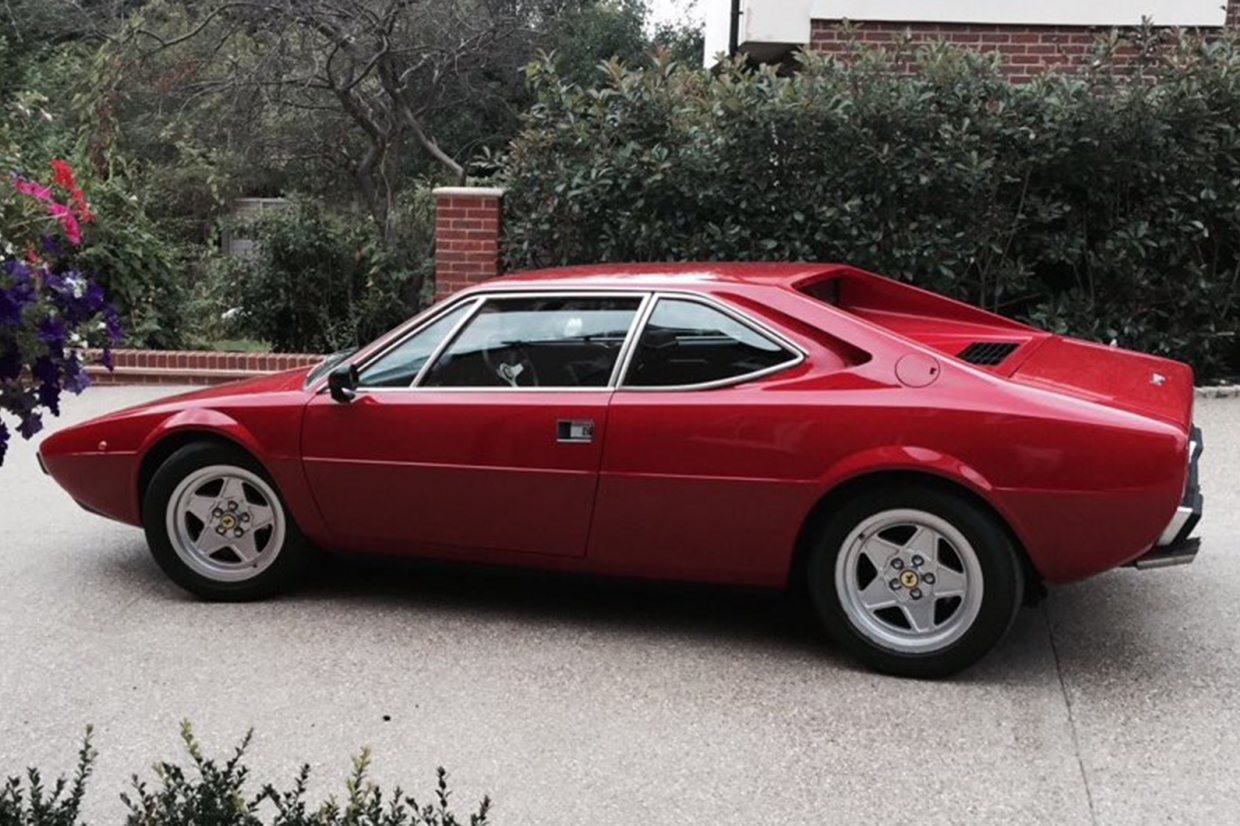 What’s more, for the first time in the award’s history, a Ferrari is in the running, specifically Mark Vincent’s 1977 308GT4 that’s just undergone a bare-metal restoration – indeed, the NEC show will be the car’s first outing.

Slightly younger is Jonathan Smith’s 1986 AC 3000ME. In his teenage years, he had a poster of one on his bedroom wall, so when he saw this at auction, he had to have it – only 104 were built and this 4700-mile example was the third from last built.

Another car that’s now very rare is the 1982 Morris Ital 1.3HL that belongs to Brian and Trevor Ford. It’s their late parents’ car, restored in memory of them around a decade ago. Just 30 examples remain on British roads and this is the last-ever Morris produced at the Cowley works.

However Doug Martin’s 1934 Lancia Augusta Cabriolet, another finalist, is even rarer: it’s one of just two in the UK. 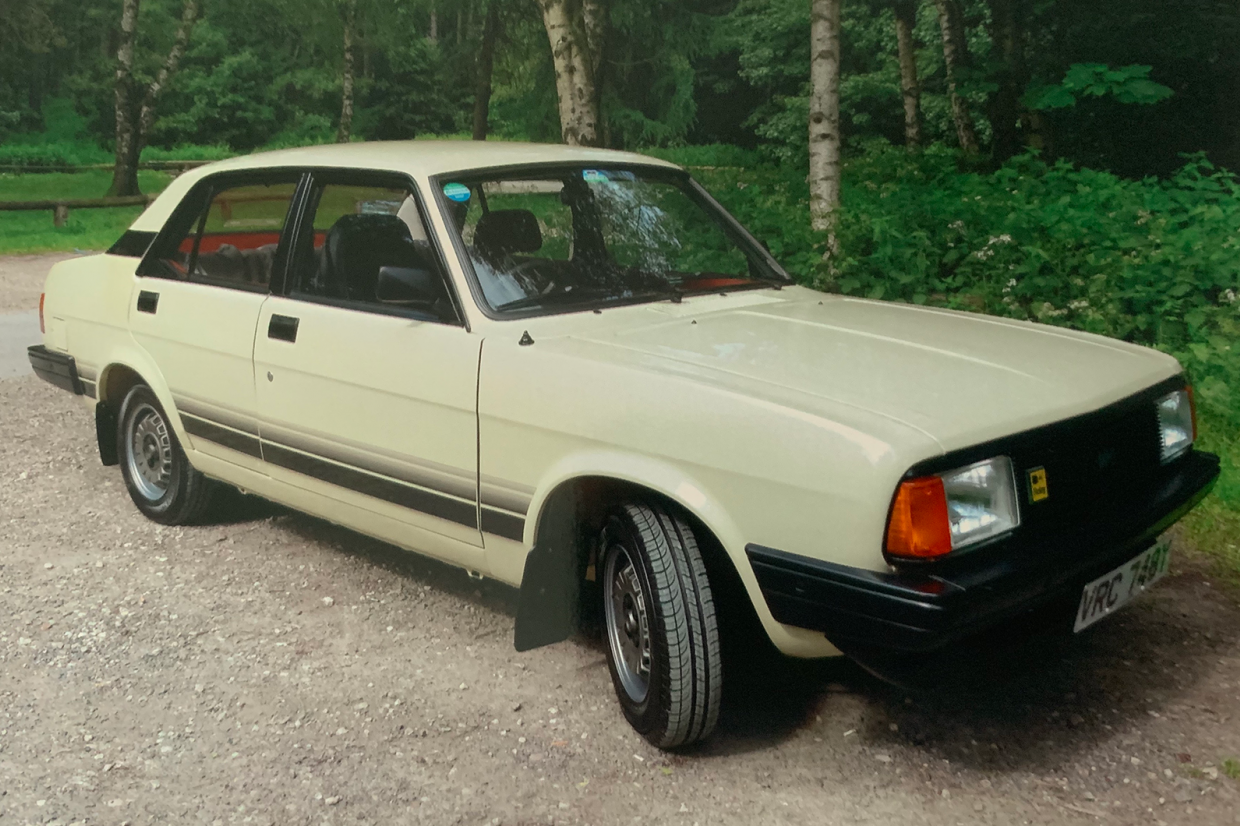 Unsurprisingly, many Pride of Ownership finalists have been the subject of careful restorations and Alan Clark’s 1958 Austin-Healey ‘Frogeye’ Sprite is one such car – and it’s one of the first 20 right-hand-drive home-market cars built.

It’ll be joined by another Healey in the form of Russ Nathan’s ’55 100M ‘Le Mans’ that was restored in Australia and will take on the Mille Miglia next year.

Perhaps the Pride of Ownership award will be a further accolade for Dale Smith’s prize-winning 1977 Mk1 Volkswagen Golf that he’s taken back to its original specification.

Or maybe the NEC crowds will champion the pride and joy of another Dale, this time Dale Coan and his 1997 Daihatsu Hijet. Known as Skylark, it’s part of the family following its restoration by Dale and wife Anne, and has travelled across the UK. 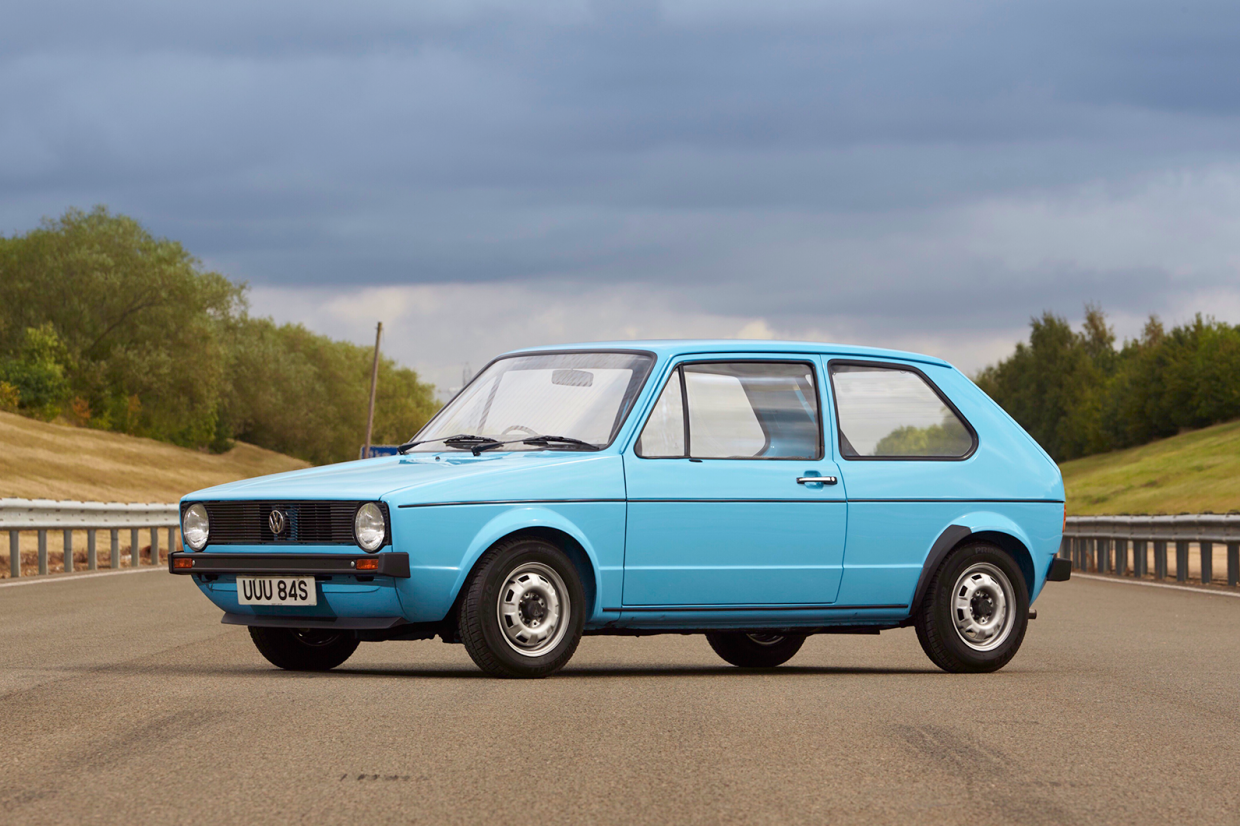 One car that’s sure to bring back memories for many is Ted Brooke’s 1961 Morris Minor Million, number 167 of just 350 produced.

We’re sure many showgoers will also be familiar with MGBs and Mark Misiura’s 1964 Roadster that he’s transformed from a rotten wreck in a hedge to an award winner is definitely a worthy Pride of Ownership contender.

Neglected for 20 years, restored, then almost lost to a barn fire, Roger Fountain’s 1934 Riley Special has quite a tale to tell and might tug on voters’ heartstrings.

Fire was also the undoing og Mart Dawson’s 1966 Ford Mustang. It was left to rot in a field for 12 years following a blaze behind its dashboard, but thanks to Mart’s efforts, that’s very definitely in the past and it’s now a gleaming specimen.

Will it be beaten by another Blue Oval? David Petrie’s 1993 Fiesta RS1800 is a multiple concours winner, so shouldn’t be discounted, despite being one of the younger cars in the running.

Or perhaps another particularly eye-catching finalist will, er, triumph? Of course we’re talking about the 1972 Stag Estate of Alan Chatterton. 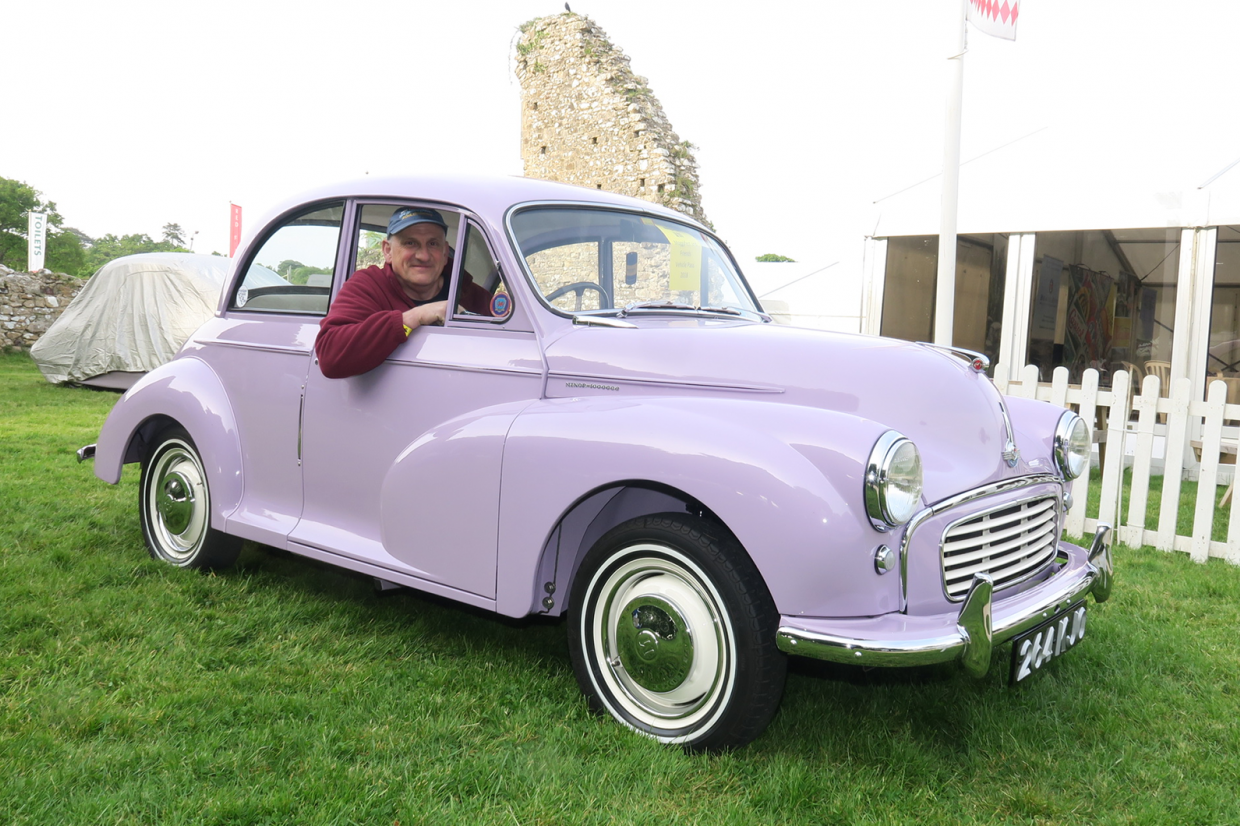 Or maybe visitors to the NEC Classic Motor Show will take to 21-year-old Tahmid Haque’s totally original 1988 BMW E30 325i Sport – the same one his dad owned when he was the same age.

A very different, but no less interesting, proposition is Steven Murray’s 1953 Rolls-Royce Silver Wraith that wears a Hooper seven-seat limousine body. Built for the Geneva Motor Show, it’s seen a lot of the world.

Perhaps some showgoers will be able to relate to Keith Hudson’s tale. He needed just a few wheel nuts for his 1969 Jensen FF – but came home instead with the FF that he then spent three years restoring.

Meanwhile the Pride of Ownership ethos is exemplified by John Simpson, the proud owner of a 1966 Sunbeam Alpine. He bought it for £150 in 1981 and has restored it twice.

Finally, there’s Bluebird, Ian Cummins’ 1991 Mazda MX-5, which has been the subject of an 18-month restoration. 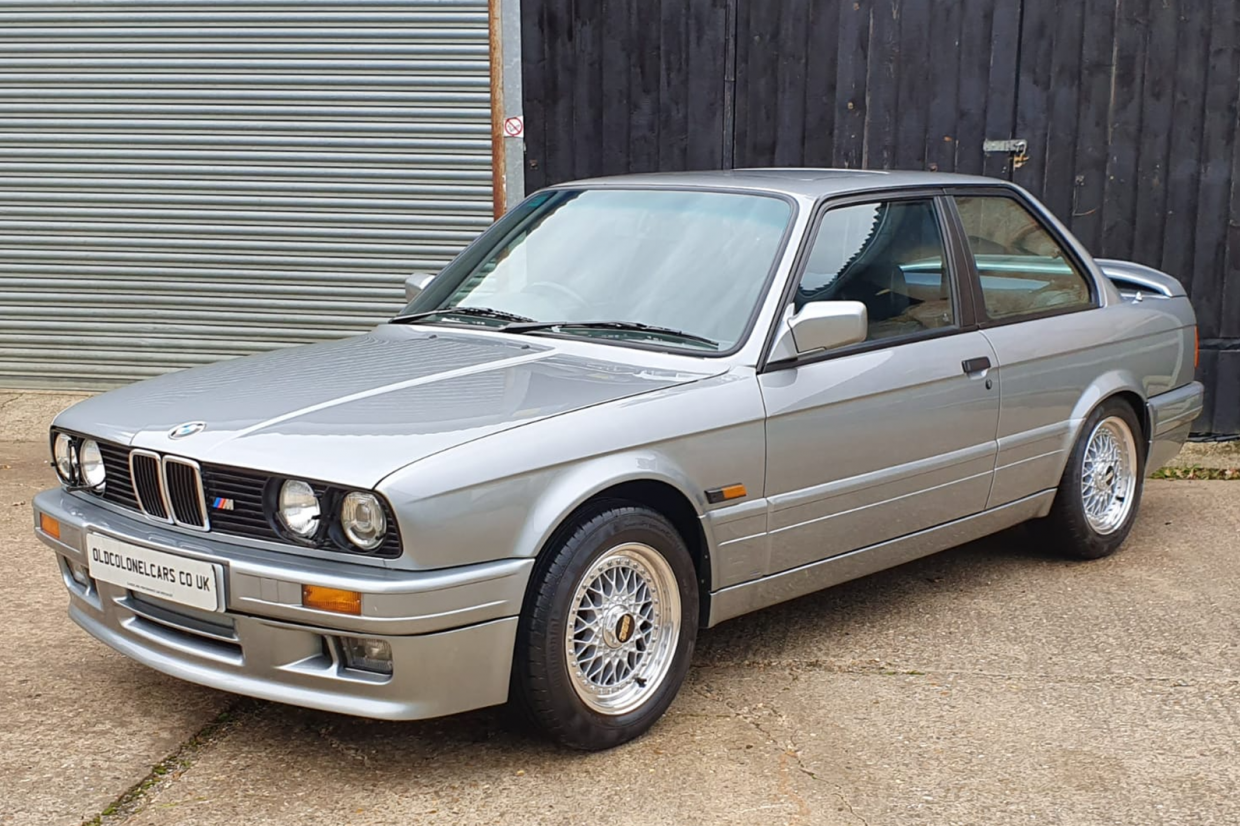 “The feature is renowned for showcasing a fantastic array of classics from over the decades,” said Andrew Evanson, Senior Operations Manager at Lancaster Insurance.

“It’s a real emotive and inspiring experience speaking to the owners and I can’t wait to hear the stories behind all the cars at the show.”

Need tickets for the Classic Motor Show on 8-10 November at the NEC Birmingham? Click here.