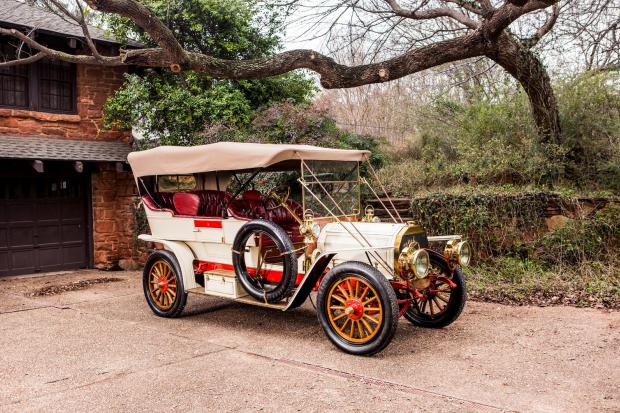 An extremely rare 111-year-old vehicle labelled "the most famous antique car in the world" will go to auction next month as part of a 200-plus-strong collection of ‘brass-era’ cars, parts, accessories and automobilia.

A 1908 Welch Model 4-L 50HP Seven-Passenger Touring, it’s been consigned to Bonhams’ Amelia Island of the vast Don Boulton Collection, which consists of 29 vintage cars and 183 other items.

Unlike many lots at this high-profile sale it has no reserve, and while it does have a guide price, at £200-270,000 it could actually end up being one of the more affordable classics sold at Amelia Island. Well, relatively. 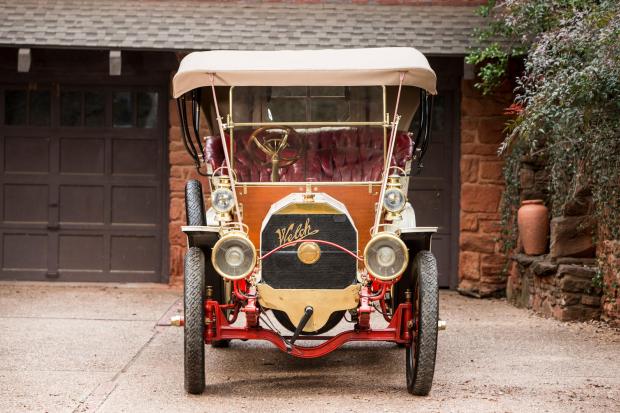 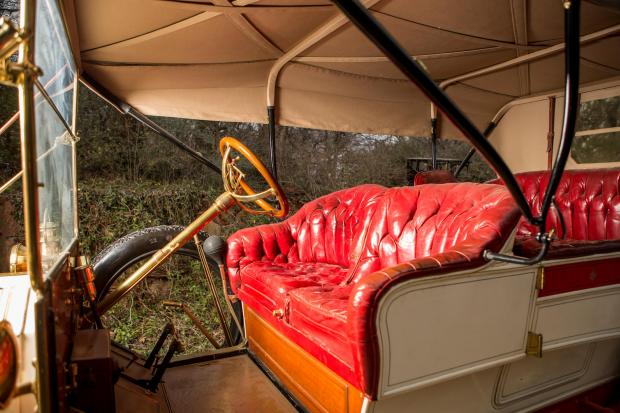 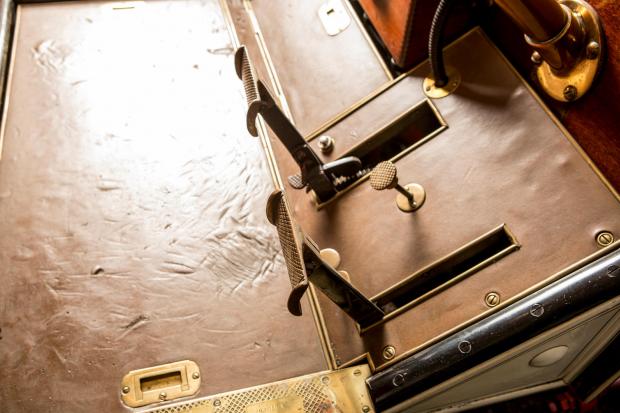 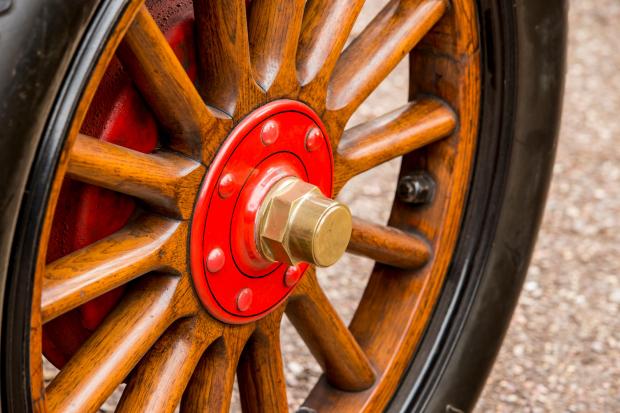 Of course, it’s easy to romanticise when faced with a vehicle like this and veteran motoring isn’t for the faint of heart. Quite apart from the lack of windows, it’s a pretty elaborate piece of engineering.

But complexity apart, we certainly think there’s something rather charming about it – and it’s not just its handmade nature, the gentle patina of the richly coloured leather upholstery and the fabulous brass details. 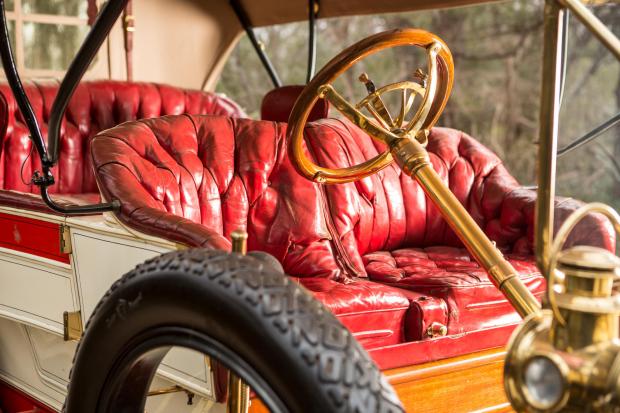 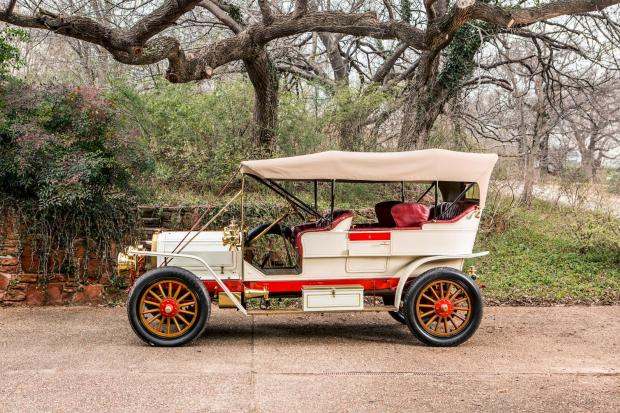 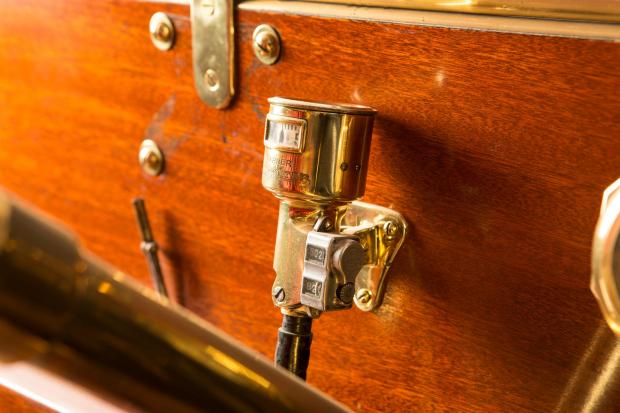 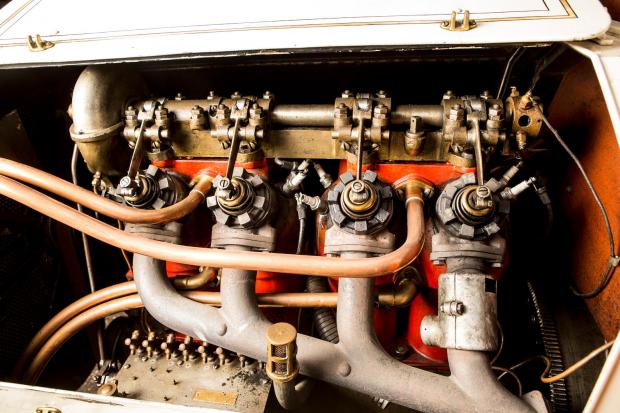 Let’s start with the engineering – and remember that this is a car from 1908.

It has a 336cu in, single-overhead cam ‘four’ with hemispherical combustion chambers and two valves per cylinder.

There are also two spark plugs per cylinder, with ignition by trembler coils for starting and by a Bosch magneto, driven by the vertical camshaft drive, once it is up and running.

This gives the Welch 50bhp, and it’s mated to a three-speed, selective-shift, multi-clutch manual gearbox.

When it comes to suspension, it has semi-elliptic leaf springs at the front and full elliptic springs out back, and stopping power comes courtesy of drum brakes at the rear.

And this is one of just four ‘hemi’ Welch cars known to have survived. 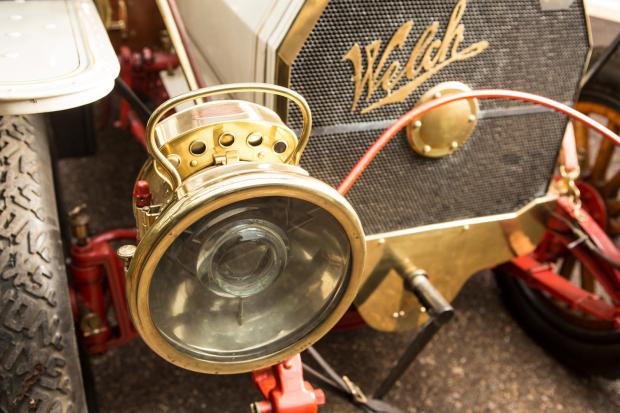 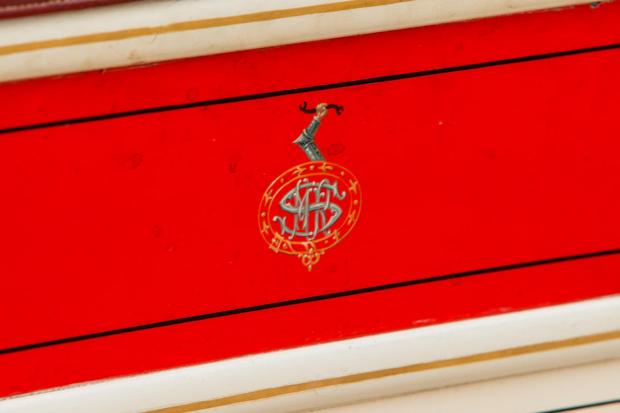 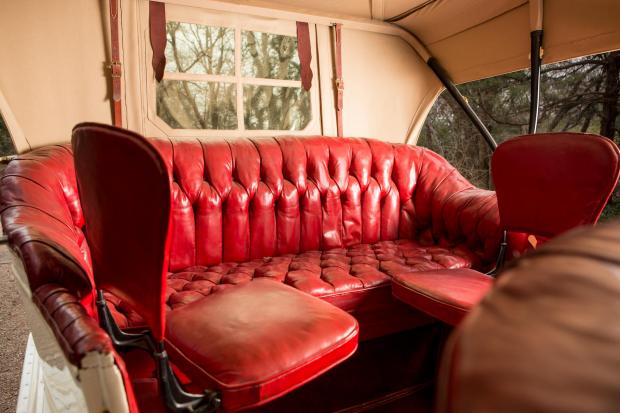 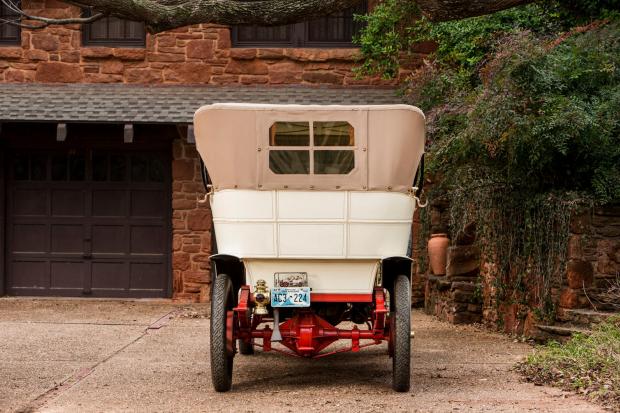 This Model 4-L’s ownership history is notable, too.

In the late 1900s it was owned by Welch’s distributor in New York, Louis H Perlman, who used it as a test bed.

He’d invented a wheel rim that could be removed from the car to be repaired or to fit a new tyre – indeed, he’s often credited with being the first to have this idea – and it was tested by him on this vehicle.

The Welch stayed in Perlman’s family until 1951 when it was taken on by well known car collector Henry Austin Clark Jr and illustrator and author Ralph Stein.

The latter commented in his book The American Automobile that at some point between 1910 and 1920, front doors had been added and a shroud fitted at the rear, but the Welch was returned to its factory-fresh state and mechanically rebuilt by Ralph Buckley. After that, Stein used it for many years – and it featured in another of his books, The Treasury of the Automobile.

The car changed ownership again in the early 1970s, to Wayne and Carl Leonard, who then sold it to its current owner, Don C Boulton, and it has been part of Boulton’s collection since. 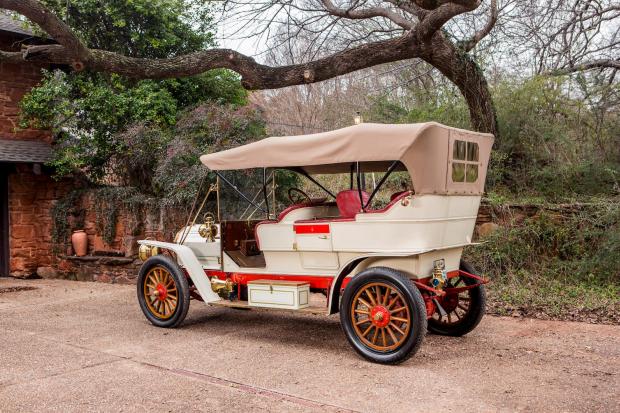 Chassis number 25 will be sold with a wealth of supporting information, including photos of it emerging from Perlman’s barn and of Stein with it after its restoration, an original manual and some invoices for Buckley’s work.

And, for ease of use, potential bidders might be pleased to learn that an electric motor has been fitted, mounted discreetly.

It’ll cross the block at Bonhams’ Amelia Island sale at Fernandina Beach Golf Club in Florida on 7 March, and is one of a number of so-called ‘brass-era’ cars to feature, all from Boulton’s collection, several of which will be sold with no reserve.

Take a look at the full lot list here.