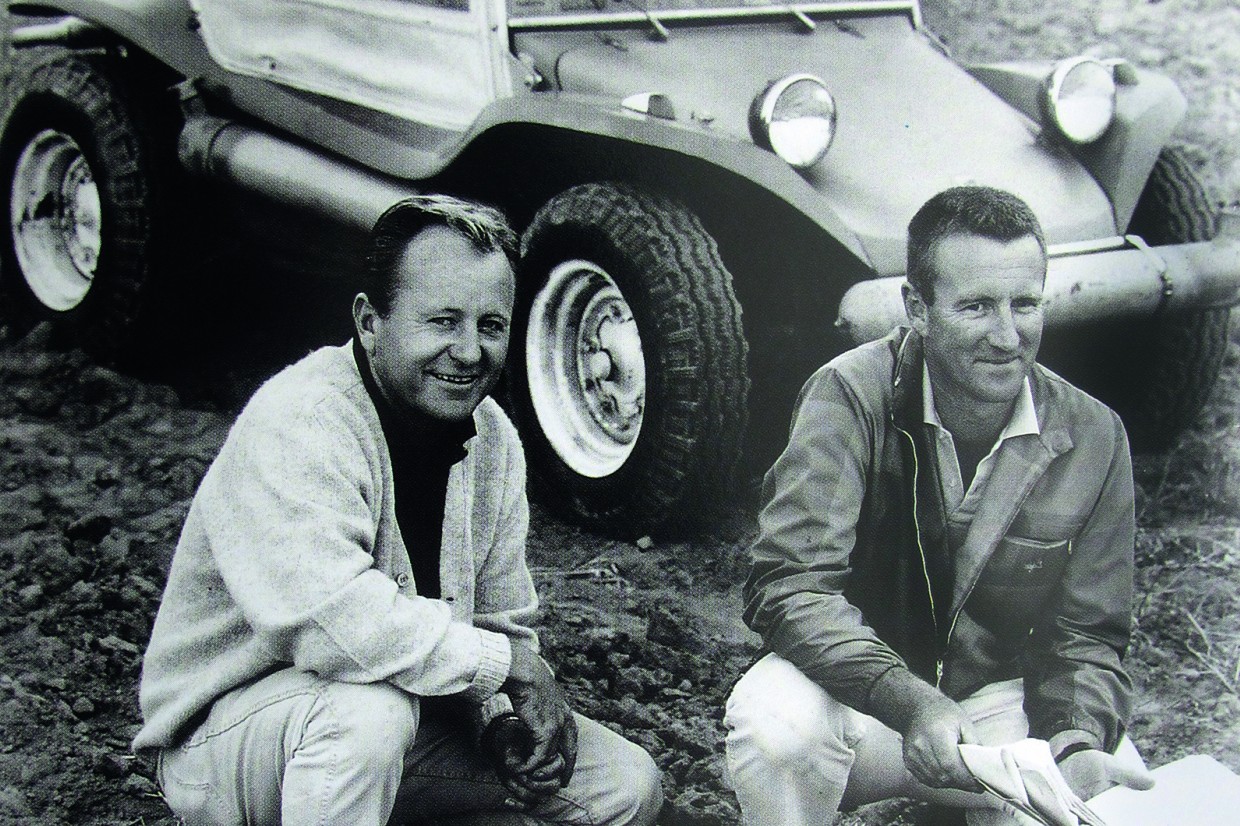 The granddaddy of the beach buggy and a key instigator of desert racing along the Baja Peninsula died on 19 February at his home in California, aged 94.

Bruce Meyers, pictured above on the left, was a remarkable polymath with a wide range of talents and achievements way beyond the cult off-roader.

Musician, sailor, artist, surfer and engineer, Meyers’ many skills stemmed from his parents' diverse careers: his father was an engineer with Ford who set up Model T dealerships on the West Coast, while his mother once performed on Broadway.

After his brother drowned at an early age, Meyers was forbidden from water sports but, rebelling against his parents, he became a lifeguard. During Navy service in WW2, Meyers was a gunner on the USS Bunker Hill aircraft carrier and, when the ship attacked in Okinawa by kamikaze fighters, he valiantly swam through the flaming oil slick to save comrades.

In peacetime, sailing became an escapist passion, including trips to the Cook Islands in a trading schooner, before Meyers settled down in southern California to build glassfibre boats at Jensen Marine, where he acquired the skills that would help him develop his innovative beach buggy.

Keen surfer Meyers first converted a VW camper nicknamed ‘Little Red Riding Bus’ to get across sandy terrain, and on one trip to Pizmo Beach he was taken by a group of crude dune buggies pounding the sands. 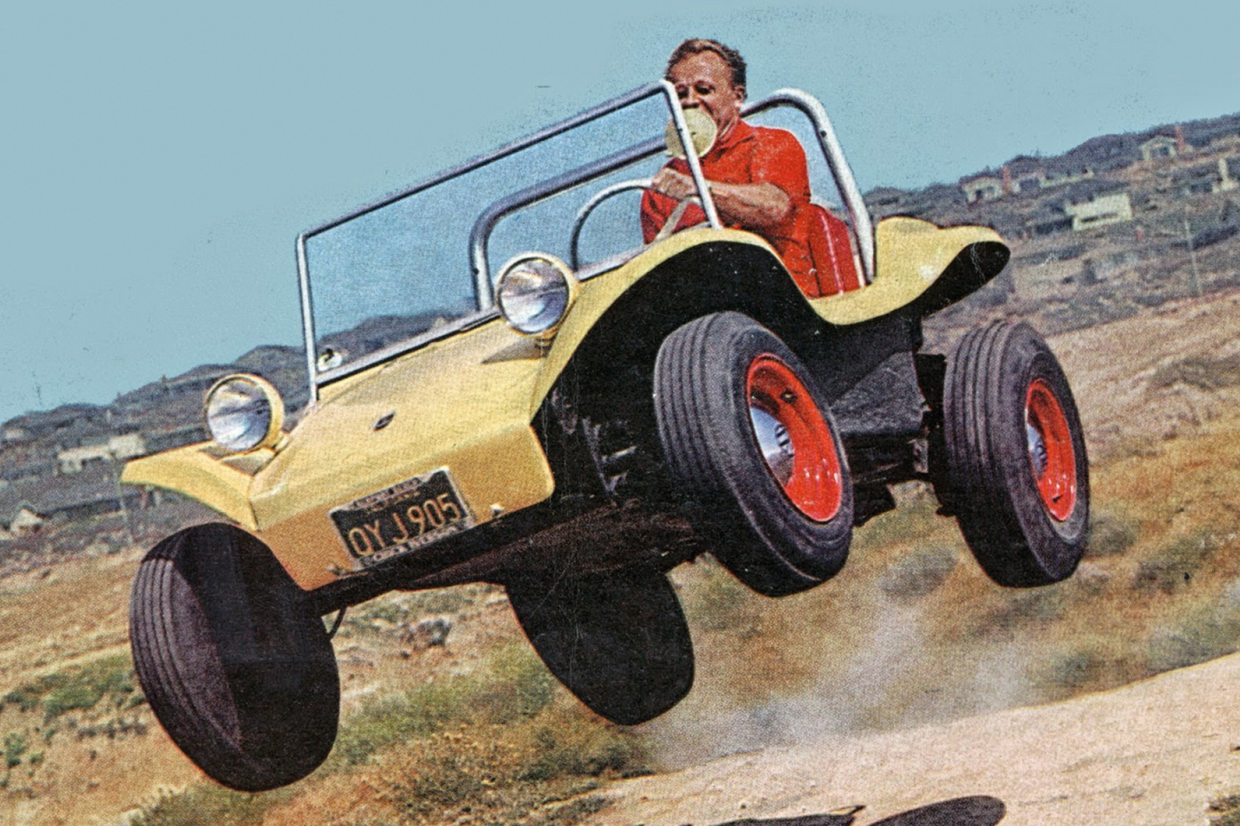 After developing his bus, in 1962 he focused on building his own Beetle-based buggy in his home garage in Newport Beach. The body was shaped in wood and plaster, from which he created a stressed glassfibre monocoque. Clever features included a 14-gallon moulded-in rear fuel tank and flat-topped front wings to steady drinks.

The first body was moulded in May 1964, and it attracted attention everywhere it went. Friends at Road & Track magazine dubbed it the Meyers Manx, and encouraged him to start production.

Working nights in his garage, the legendary business was born and demand soon rocketed, forcing Meyers to simplify the design to incorporate the Beetle platform, but his lack of business experience led to the innovative design being copied all over the world.

Meyers also triggered interest in off-road racing when in April 1967 he beat the motorcycle record rom La Paz to Tijuana by five hours in one of his own designs. Although a key figure in the launch of the Baja 1000, which his buggies won, Meyers failed to finish the classic and stopped racing in 1968 after fracturing both legs a major accident.

In recent years this popular character restored his original prototype buggy, ‘Old Red’, which with his wife Winnie he drove to events all over California.

In 2014, a special beach buggy class honoured its jubilee year at the Amelia Island Concours, and ‘Old Red’ has became only the second car to enter the Historic American Engineering Record of the Library of Congress.