Also in my garage: a fascination for the ’50s 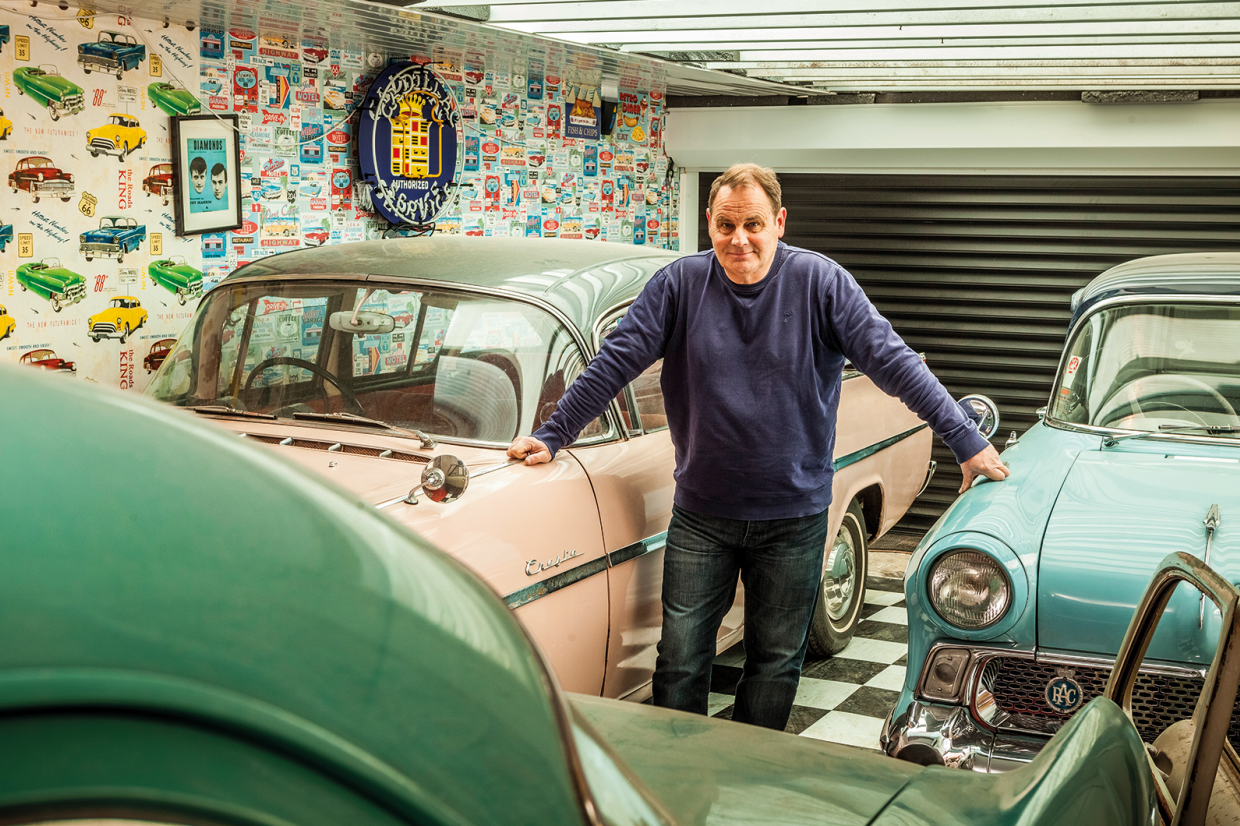 Hayling Island in Hampshire, like so many traditional British seaside resorts, has inspired some fantastic Modernist architecture.

Behind the roller-shutter doors of one of its Art Deco-style garages, however, you’ll find a shrine not to the 1930s but to the jives, rock and roll, and particularly the automotive excesses of two decades later. 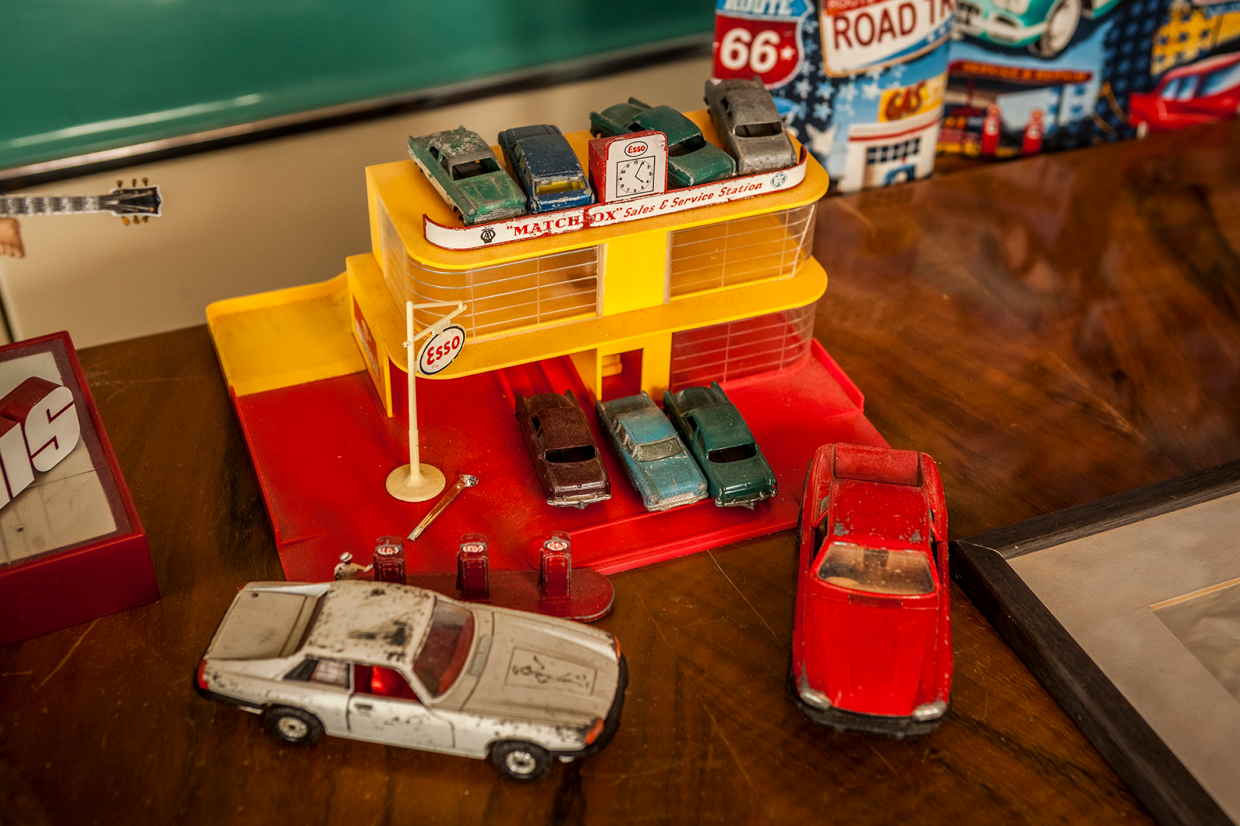 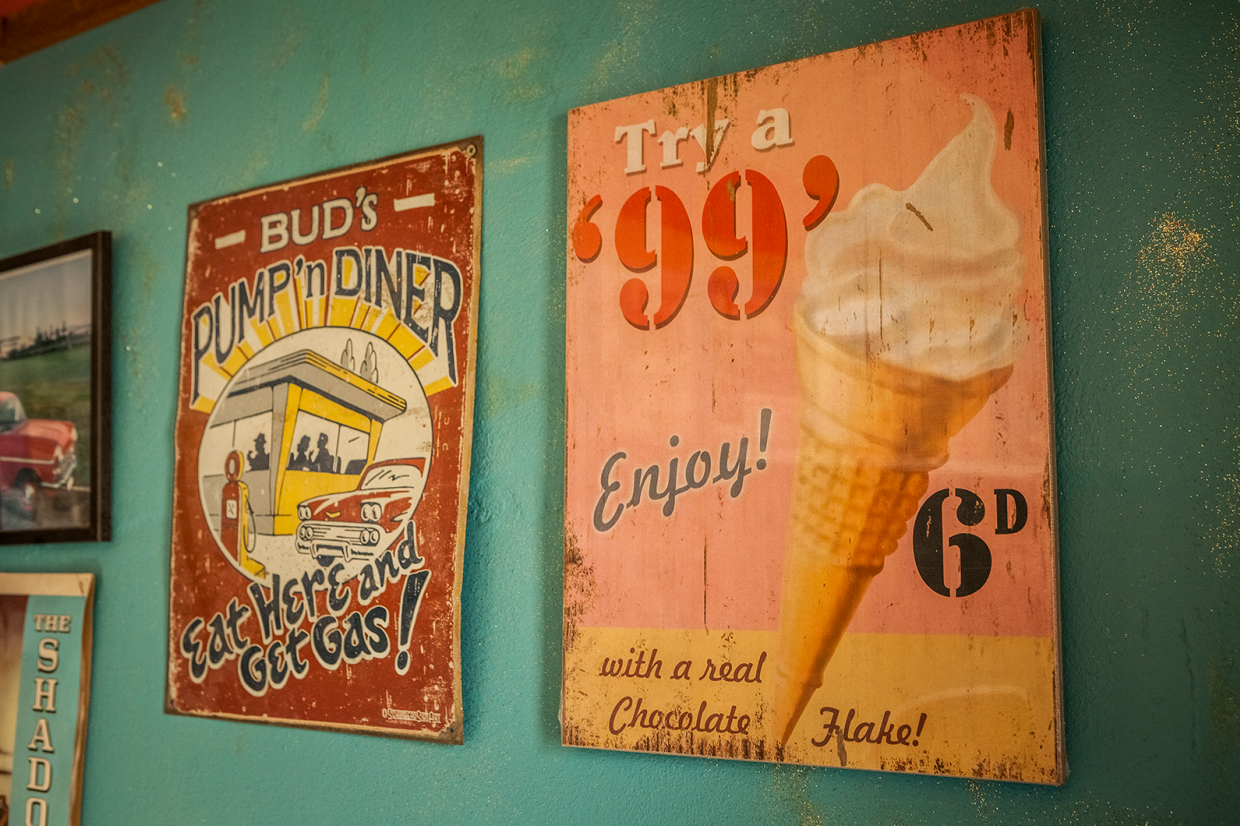 “It’s all about evoking the memories of my childhood,” explains owner John Deverell as he leans against the wing of a rare 1958 Zodiac Farnham Estate – one of six 1956-’58 ‘Highline’ Fords on his fleet including the earliest-known MkII Zephyr Convertible built by Carbodies, car number 13.

“My dad didn’t own a car, but my uncle had Zephyrs, Crestas and Vanguards, and they always appealed to me.

“When I was growing up I carried a Spotter’s Guide everywhere and would fill it in with where I’d seen a particular car and its registration number.” 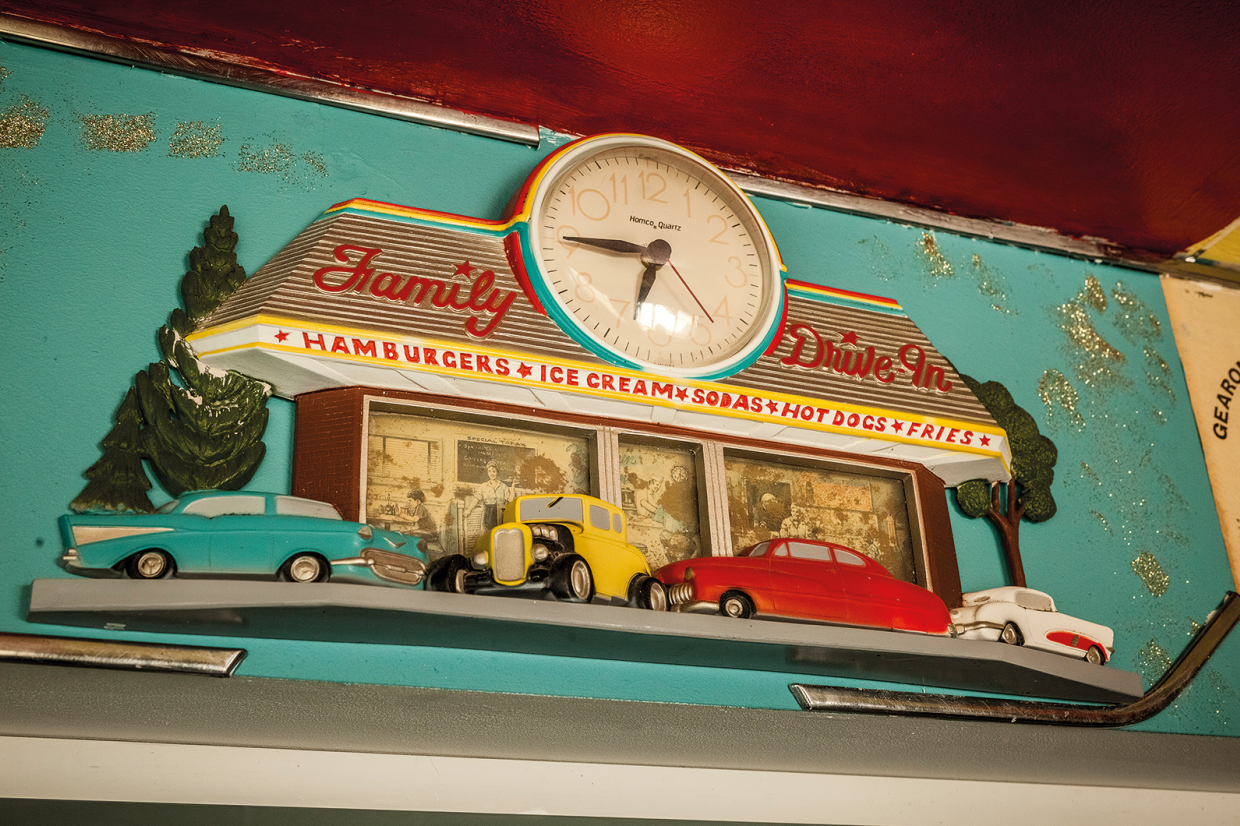 If you’ve visited the Goodwood Revival, there’s a good chance you’ll have seen his super-early ‘flat-back’ MkII saloon in the Earls Court display – there’s also a couple of 1954 MkI Consul and Zephyr convertibles (the latter with a triple-carb Aquaplane head), plus a pair of MkIII estates.

But former C&SC chap Deverell is far from just a Blue Oval man.

“There are 11 cars on-site in total,” he smiles after a bit of mental maths. “I’ve got a black 1956 Jaguar 2.4 that was first owned by [former Prime Minister] Sir David Lloyd George’s grandson, a’51 Standard Vanguard Phase I ‘Beetleback ’, a Wolseley 6/99 and a 1958 Vauxhall PA Cresta with the three-piece rear window –plus I’ve just sold my ’58 Victor Estate, one of the earliest known.” 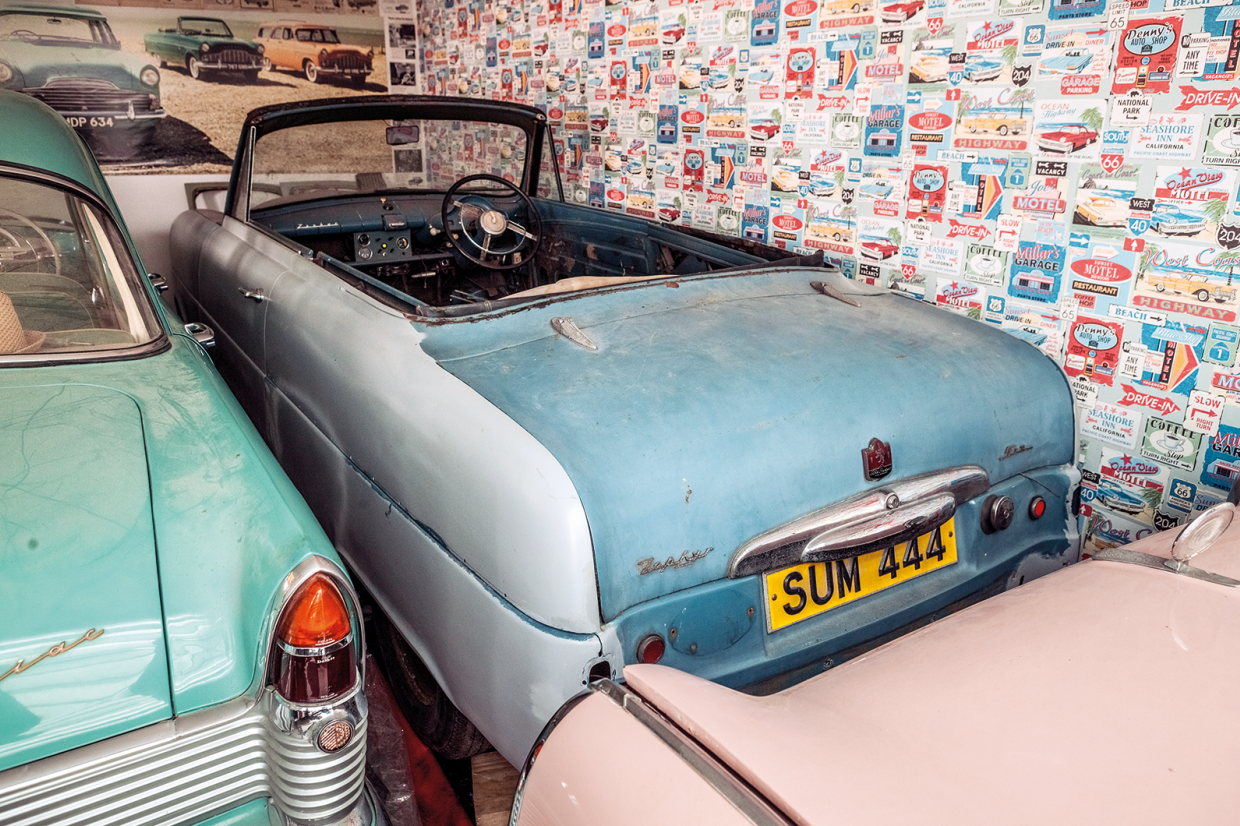 There’s even one of the American cars that inspired the Stateside design revolution on this side of the Atlantic, a vast ’59 Cadillac Coupe de Ville.

As if to make those classics feel at home, the whole garage has been themed around their era, from the wallpaper via original gas-station signs to period (and very expensive) Atomic curtains.

“The house itself was built in the Modernist style in 1933 for a London doctor who wanted a seaside home,” says Deverell. 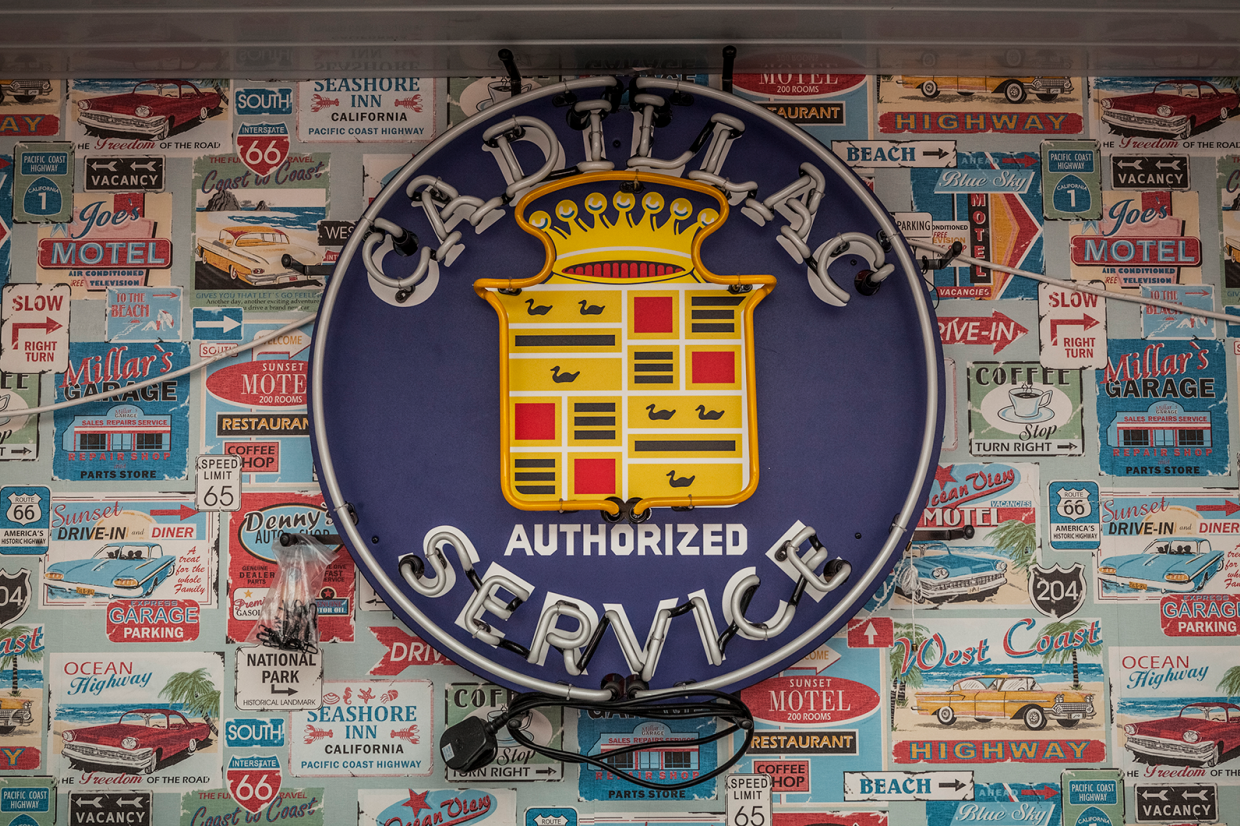 “We’ve restored it to original spec inside with Betty Joel furniture, but I built the garage myself and the décor is all 1950s.

“For me it’s about the look of the era. There are skylights in the style of Duple coaches and I found a reproduction Cadillac service sign, plus a clock from America that was first produced in the late ’50s.

“I buy some of it on eBay, but I also go to vintage fairs – though you pay a premium there because people know exactly what they are selling.” 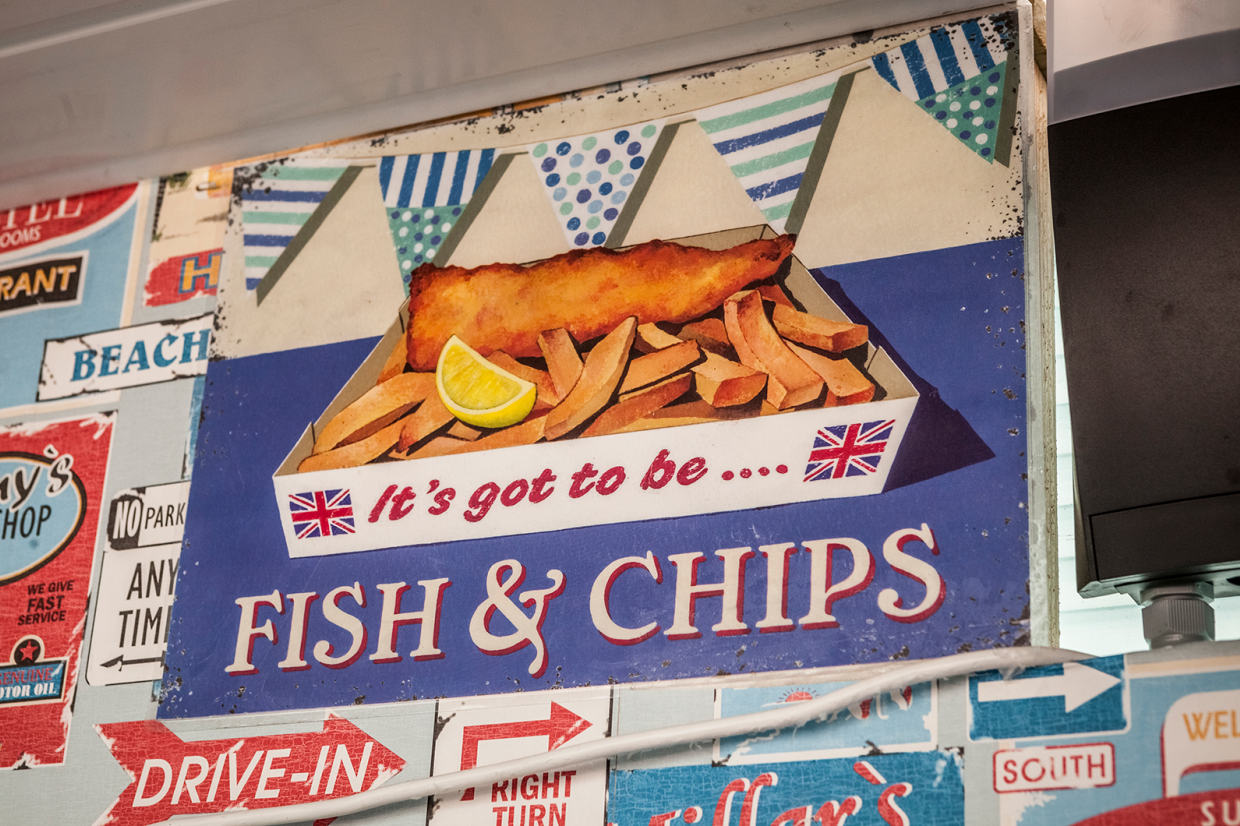 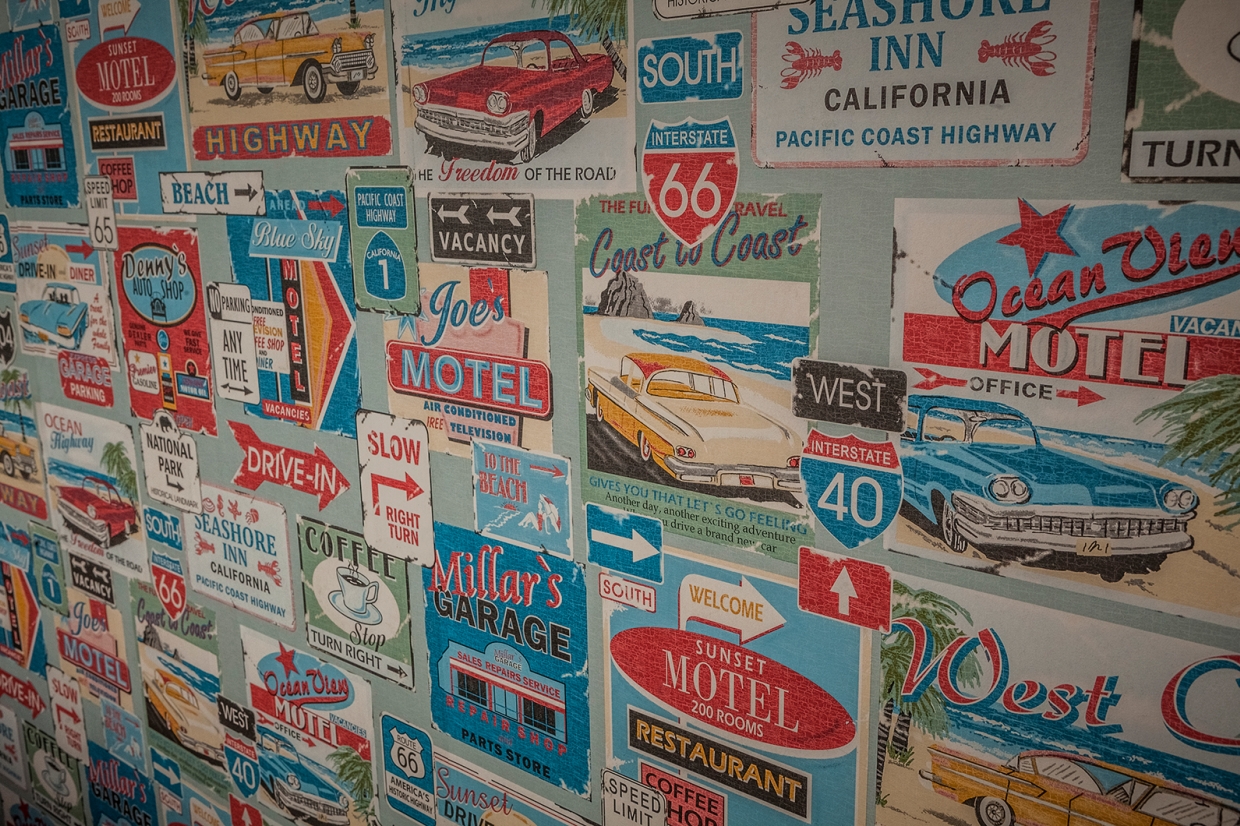 Various records from the likes of Tommy Steele line the walls, and there are rather more in Deverell’s much-loved 1956 Rock-Ola Teardrop jukebox, which holds 120 45s.

In fact, music has been a theme of his passion, though he has now pared back his collection of significant guitars.

“I used to have some fantastic ones,” he says, going misty-eyed. “I had a’54 Telecaster and Stratocaster, and a ’56 Gibson Les Paul ‘Black Beauty’. I’ve still got my Gibson 335, though.”

Even relaxation time has now taken on a ’50s twist for Deverell: “I’ve got a couple of 1958 KB televisions from the most expensive cabins on Cunard’s cruise liners.

“Most of the shows I watch are on Talking Pictures TV – ’50s films are pretty rubbish, but the cars are great. I live for that era.”

Also in my garage: driving a love of sewing