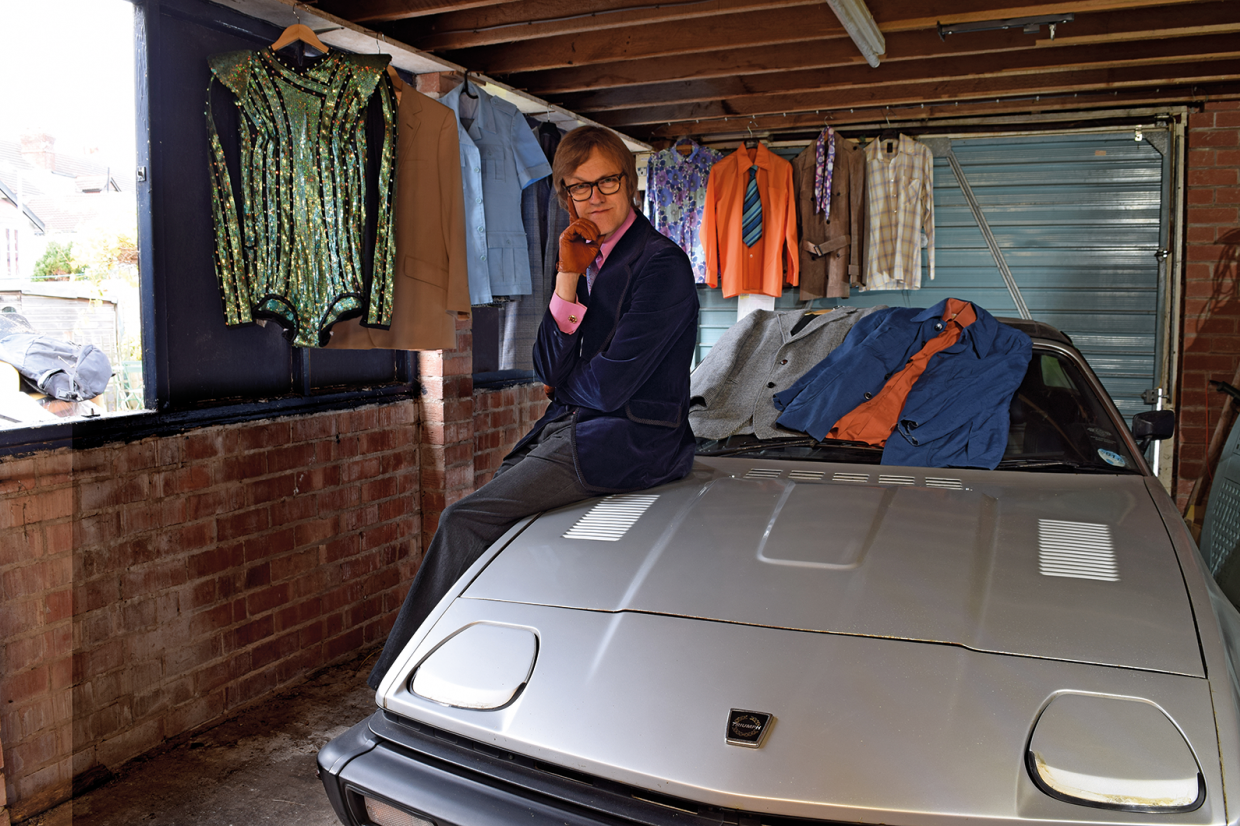 Alex Riley is no stranger to period clothing.

It’s an integral part of The Car Years, the television series he co-hosts with Vicki Butler-Henderson, but his interest in outmoded fashions predates that by some considerable distance.

“I’ve always liked dressing up,” he says, “and I’ve always been interested in that ’60s and ’70s aesthetic. Roger Moore was a role model. I loved shows such as The Persuaders!, because that whole lifestyle – the clothes, the cars, the exotic locations – was something to aspire to.” 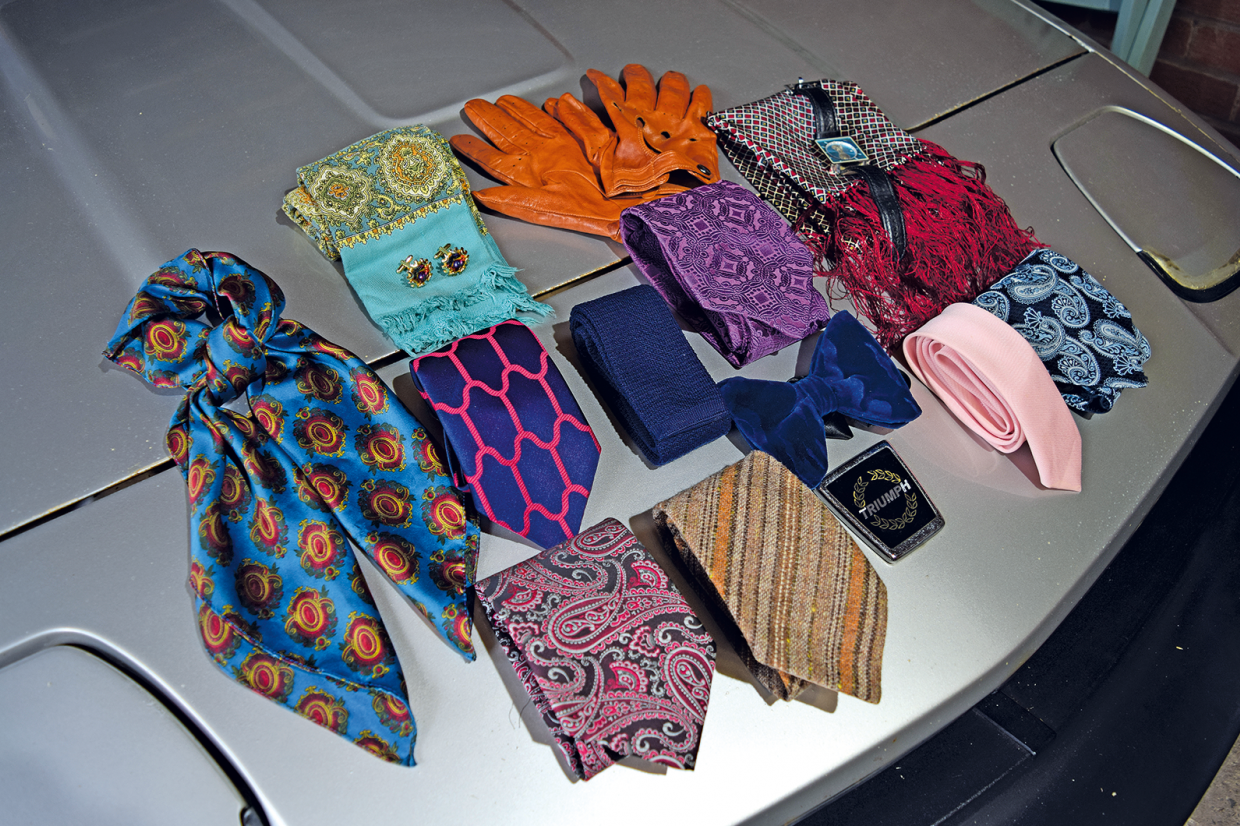 Riley believes that today’s more casual clothes don’t have the same impact, and he enjoys slipping back into a bygone age when donning his retro garments, be it in front of the camera or for any other occasion.

“I feel more confident in them, like a man about town,” he confesses.

Cue another ’60s pop culture reference: “Think Michael Caine in The Italian Job. He’s got an Aston Martin DB4 Convertible and a stunning girlfriend. In my head, that’s what I’m channelling. The TV show gives me an excuse.”

It’s an excuse Riley takes very seriously, too, because this is more than merely dressing up.

It’s showing the period the respect and attention to detail he believes it deserves, so everything he wears must be authentic. 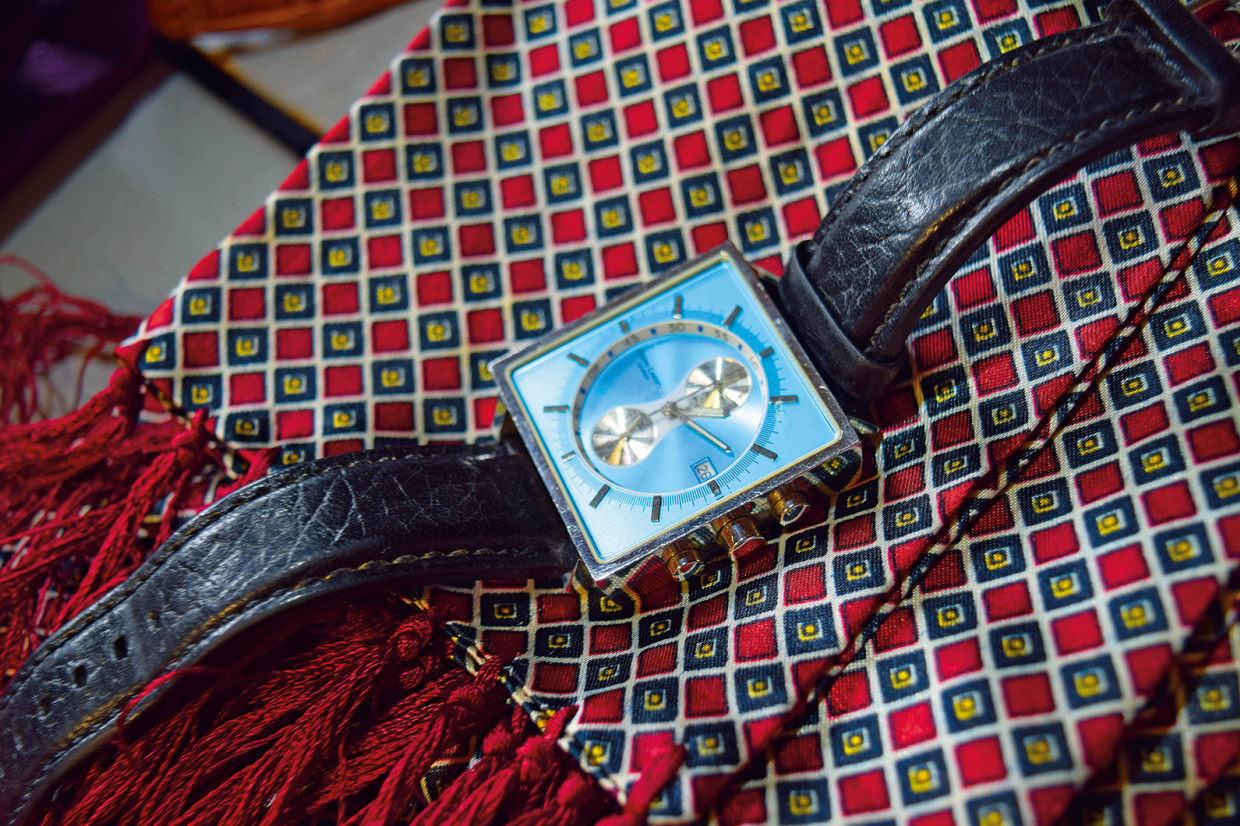 The devil is in the detail: accessories are key to creating the right look

“As a kid, I loved what my mum and dad used to go out in,” he explains. “Mum had a faux-fur jacket with red buttons, and Dad had a pigskin jacket that I’ve since inherited.

“It’s important to me that everything is real. The worst thing you could do is go to a fancy-dress shop.”

Riley’s dedication to authenticity is admirable, and when filming he seeks as many genuinely contemporary items as he can.

He mentions numerous pieces he’s worn over two series, including a fitted, big-collared William Hunt shirt bought for his wedding in the 1970 episode of The Car Years, and a cream suit with flared trousers, which he acquired while working at the BBC in Birmingham, that he used for 1978, with a checked shirt and a wide tie.

He’s always appreciated a bargain, finding his outfit for the Goodwood Revival in Oxfam for just under £4 in total.

It seems he never quite knows what he’s going to find, or where it’ll be, but he evidently loves the thrill of the chase and the satisfaction therein. 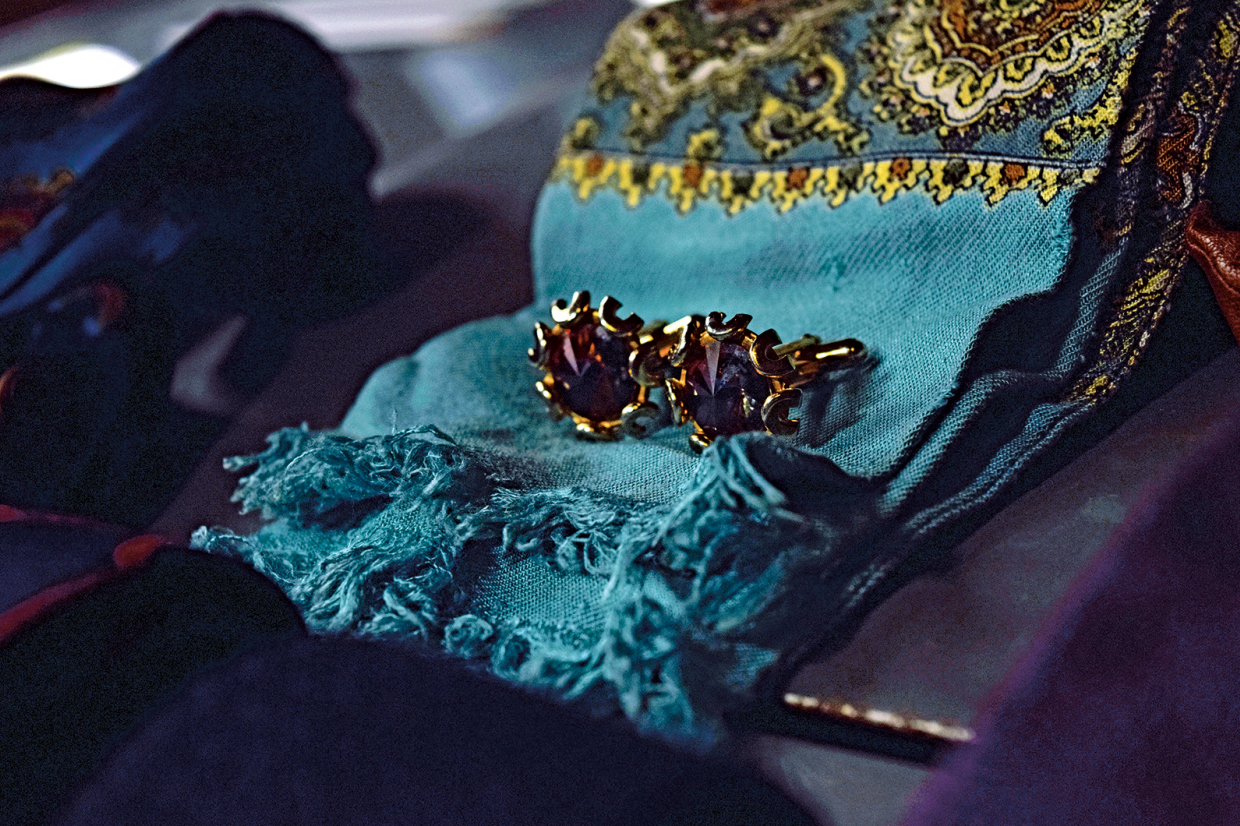 Soon, the concept of aspiration resurfaces.

If Riley is driving a certain car, the clothes should match what it represents. “Say it’s a Lotus Esprit,” he explains. “You immediately think of The Spy Who Loved Me, don’t you? So I want to look like James Bond.”

To him, making an effort with his attire also means that as well as aspiration, he shows passion and interest. That extends to his own classic car, a Triumph TR7.

Riley is self-deprecating in acknowledging this: “Dads like me don’t own TR7s, do they? I love reliving the impact that clothes and cars such as that had on me. I can pay tribute to the people and things I admire.”

It’s uplifting to think that Riley can do this so often through the medium of television, using an ever-growing collection, but some things still haven’t made it onto the small screen just yet.

“I’d like to wear different glasses in every episode, but I only have one pair at the moment. I’d also like to restyle my hair each time, but it’s tricky when you’re filming in blocks.”

Last but not least, there’s one of his most treasured purchases of all, about which he is particularly eager to talk.

“My rhinestone cufflinks, with gold-effect mesh and a jewel on one side,” he reveals. “I’ll definitely wear those on TV – one day…”

Great eight: Morgan Plus 8 vs MGB GT V8 vs Triumph TR8 vs TVR 350i vs Marcos Mantula