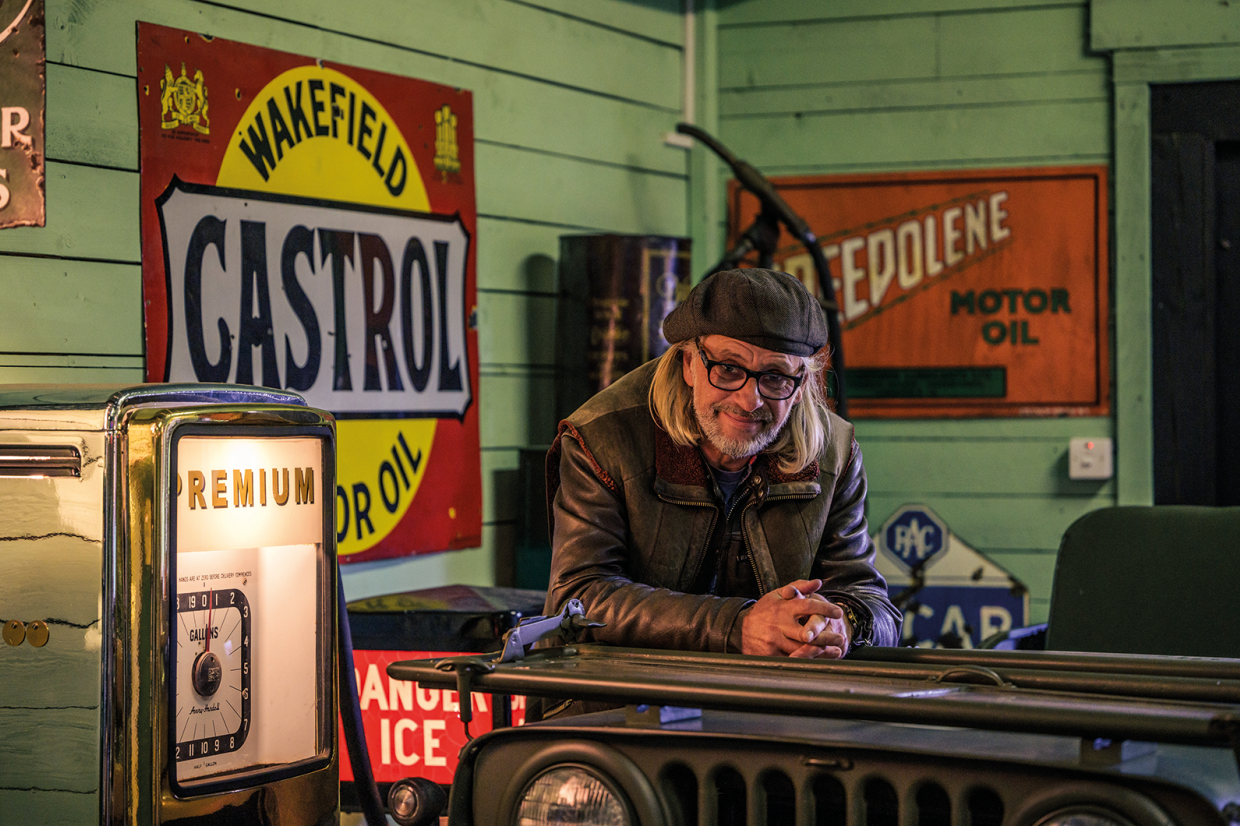 Chances are you’ve already met Henry Cole on all sorts of TV programmes.

Over the past few years, he’s presented, produced and been involved in numerous shows, mostly meeting fellow shed fans and collectors of everything from oil cans to Daleks.

“My first memories are of our Morris van, which I sat in the back of with the typical health and safety of the day – a mattress and an old army blanket,” he recalls.

“I would sit cross-legged in between the two front seats with a Lego steering wheel, steering with my old man. I loved that.” 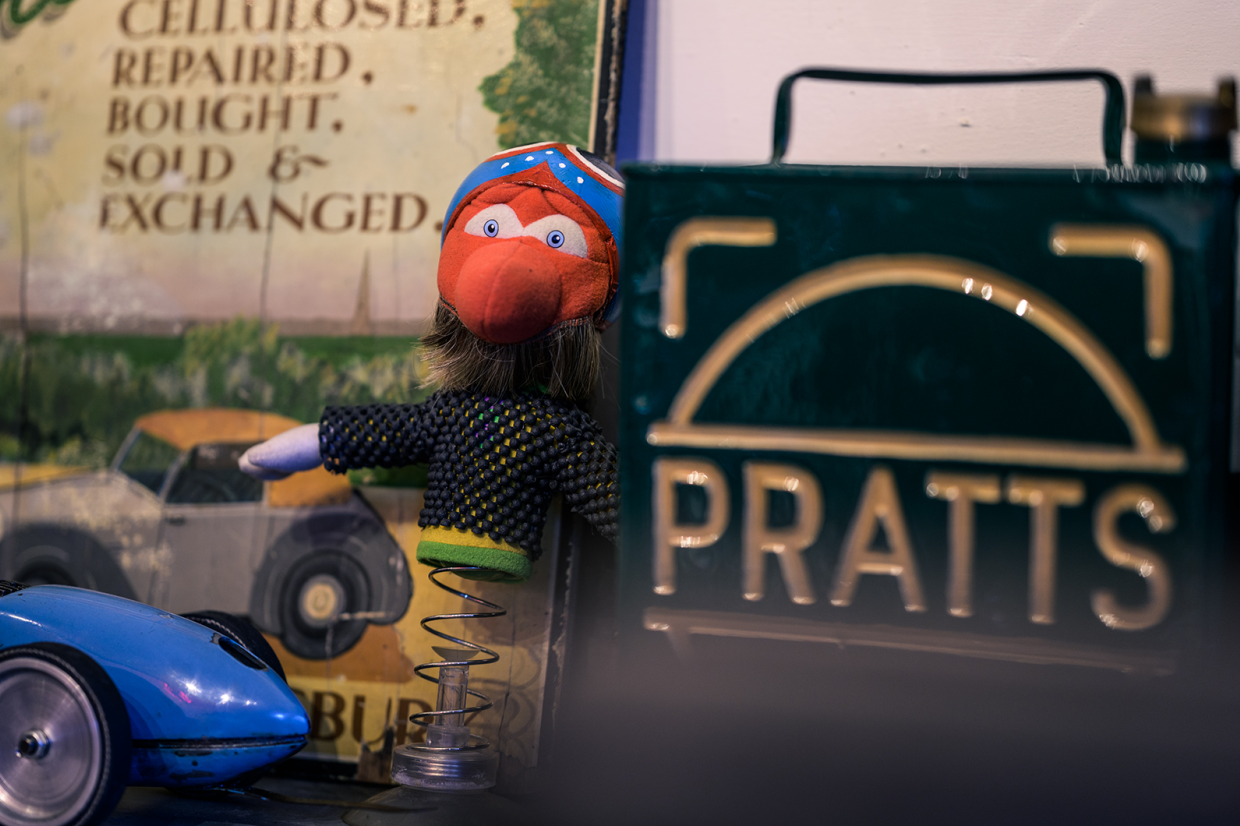 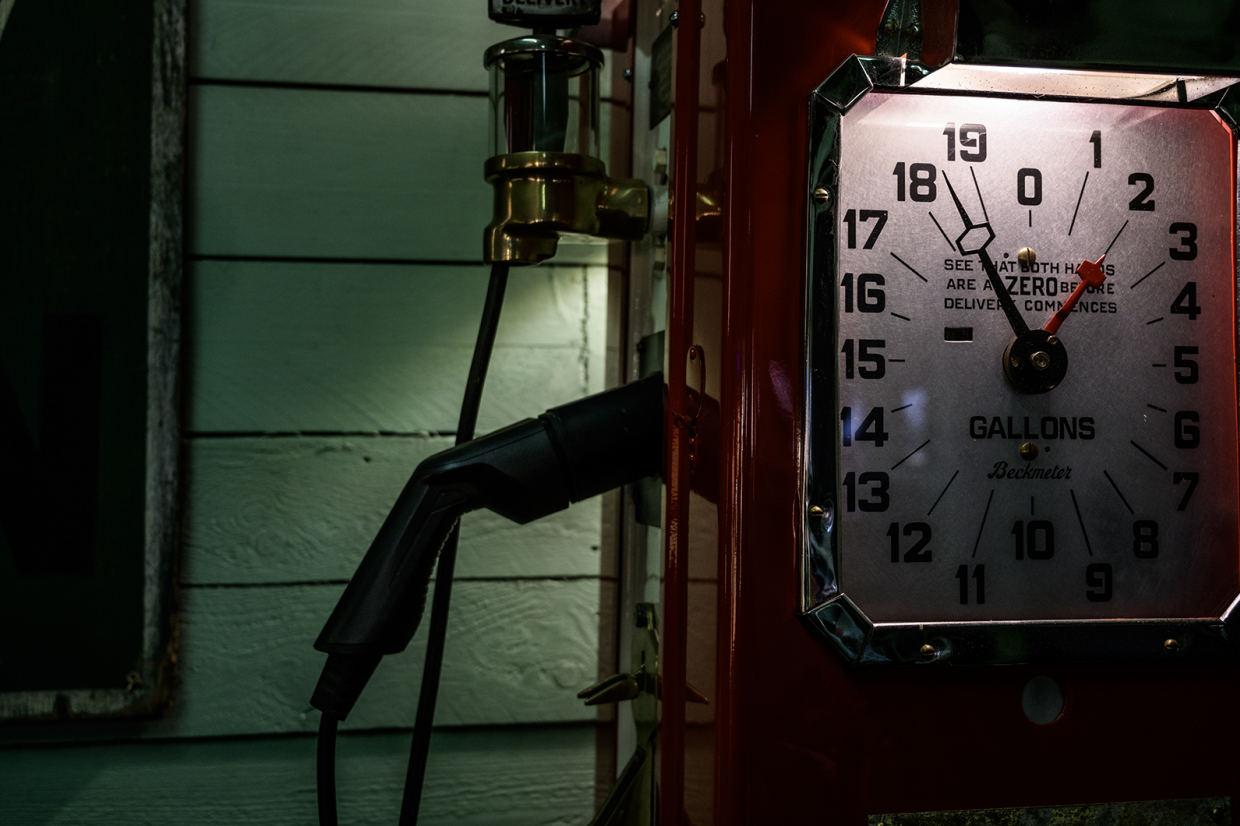 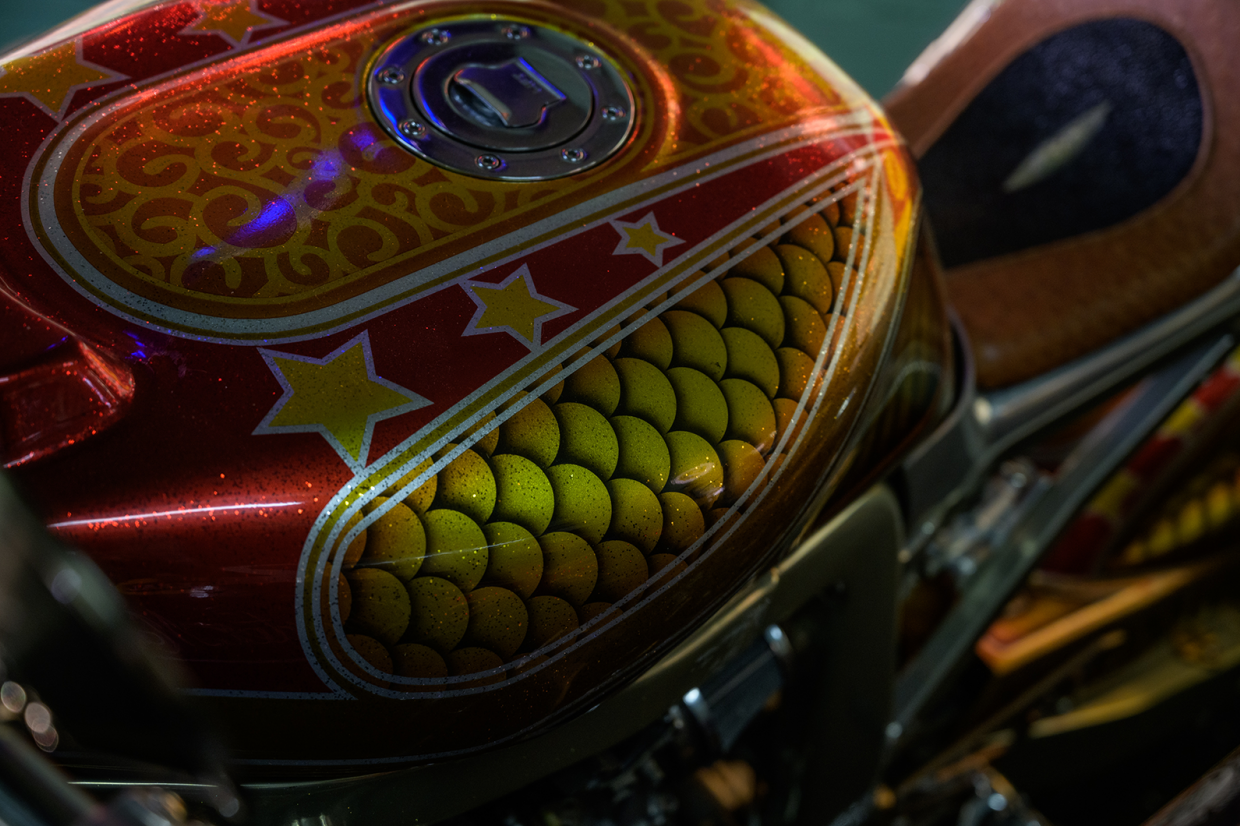 Yet the passion for all things automotive started from an unlikely source: “My uncle – ‘Uncle Dick Red Beard’ Gladstone – lived in this rambling old house in Liverpool, which was being encroached on by modern suburbia.

“He was just a fuffling old geezer, who very much kept the adage that children should be seen and not heard.

“Then one day he said, ‘Do you want to come and have a look in my shed?’ Of course I said yes. In it there was a load of old BSAs, probably about eight of them, plus cobwebs, old bits and bobs, metal cubbyhole shelves, old tin cans, loads of stuff. That is where my passion for motorcycling and automotive things began.” 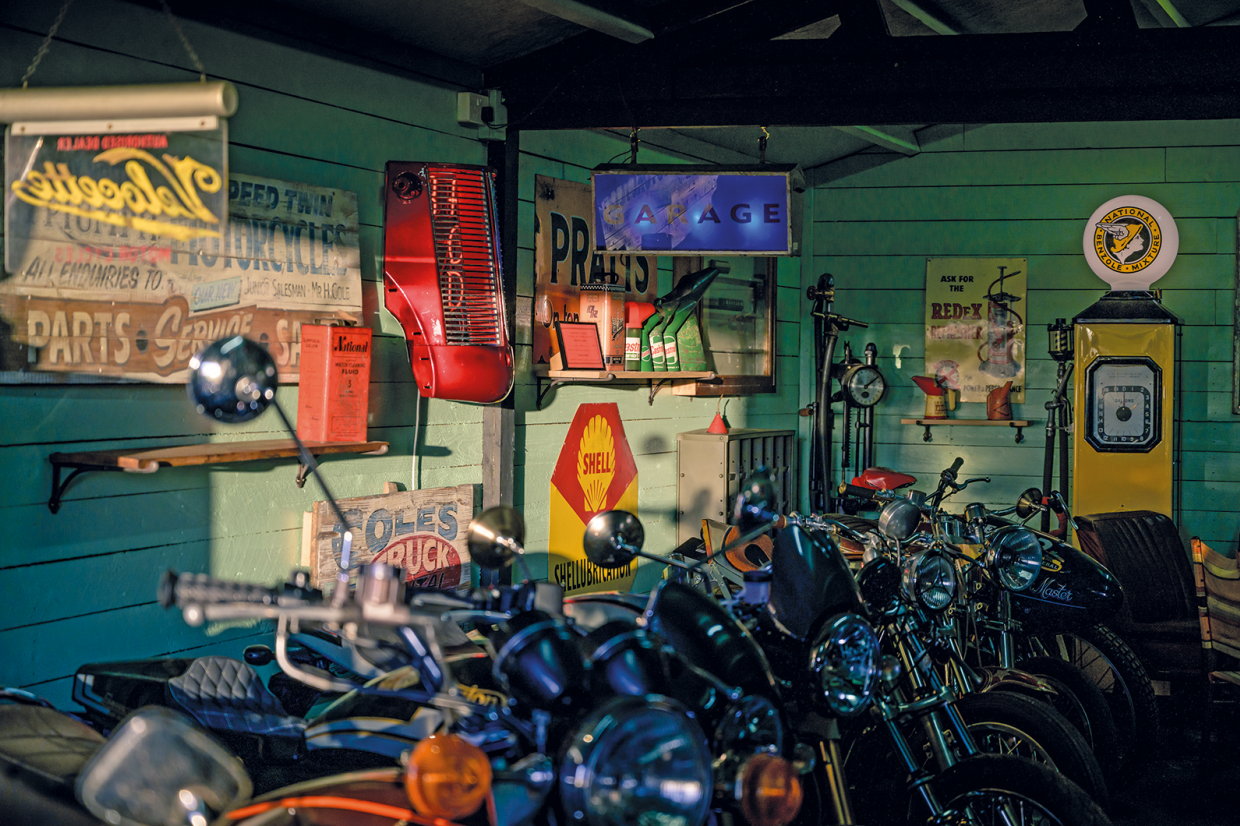 Cole is constantly in demand; as we talk at his beautiful country home, where all his TV shows are filmed, there are various interruptions from colleagues, film crews, his assistant, wife and son, who all pop their heads round the corner.

Each one is given a big smile before an enthusiastic barrage encourages them to leave.

“The main thing for me is a passion for Great Britain, and great British engineering,” Cole explains. “Male and female engineers who are often so maligned or forgotten, but should be celebrated.

“All of us petrolheads, whatever we’re into – whether it’s model planes or Formula One, it doesn’t matter – we all share that belief and understanding that our automotive heritage needs to be cherished in all its forms.” 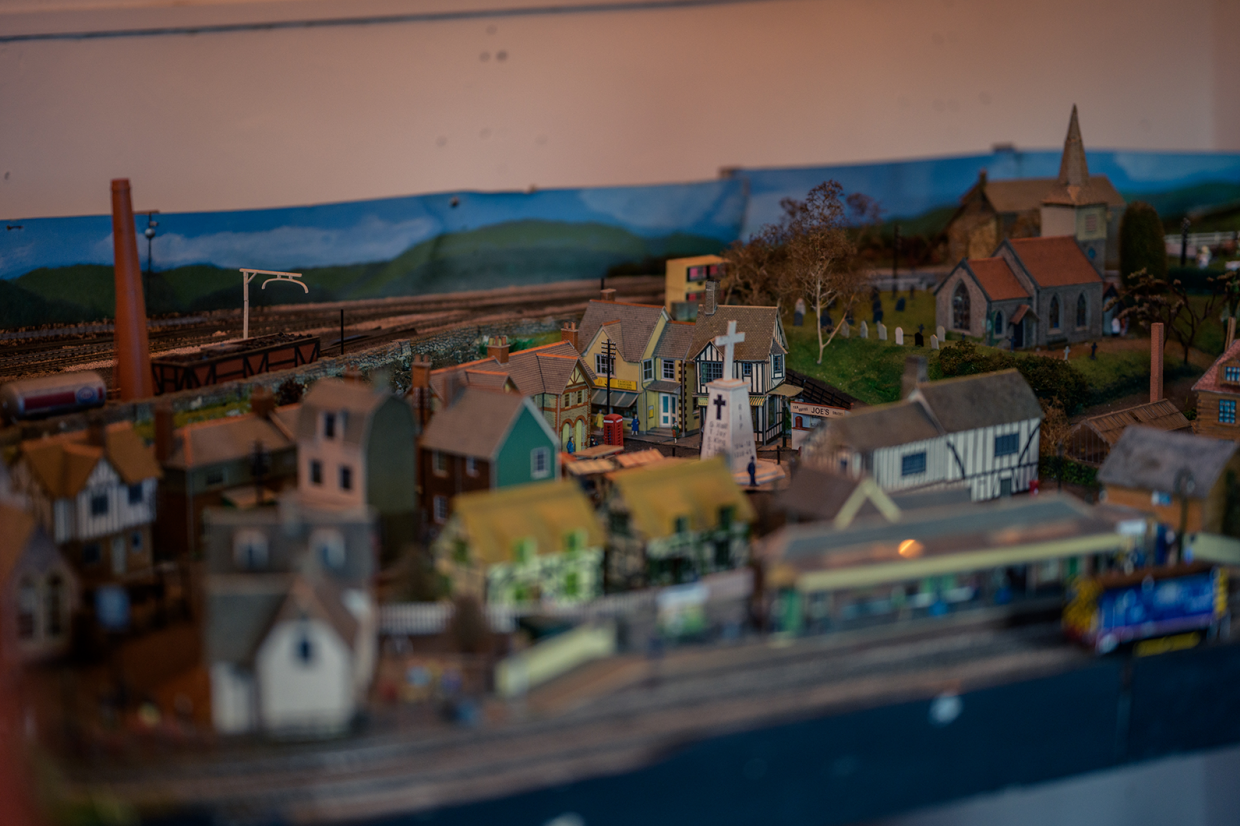 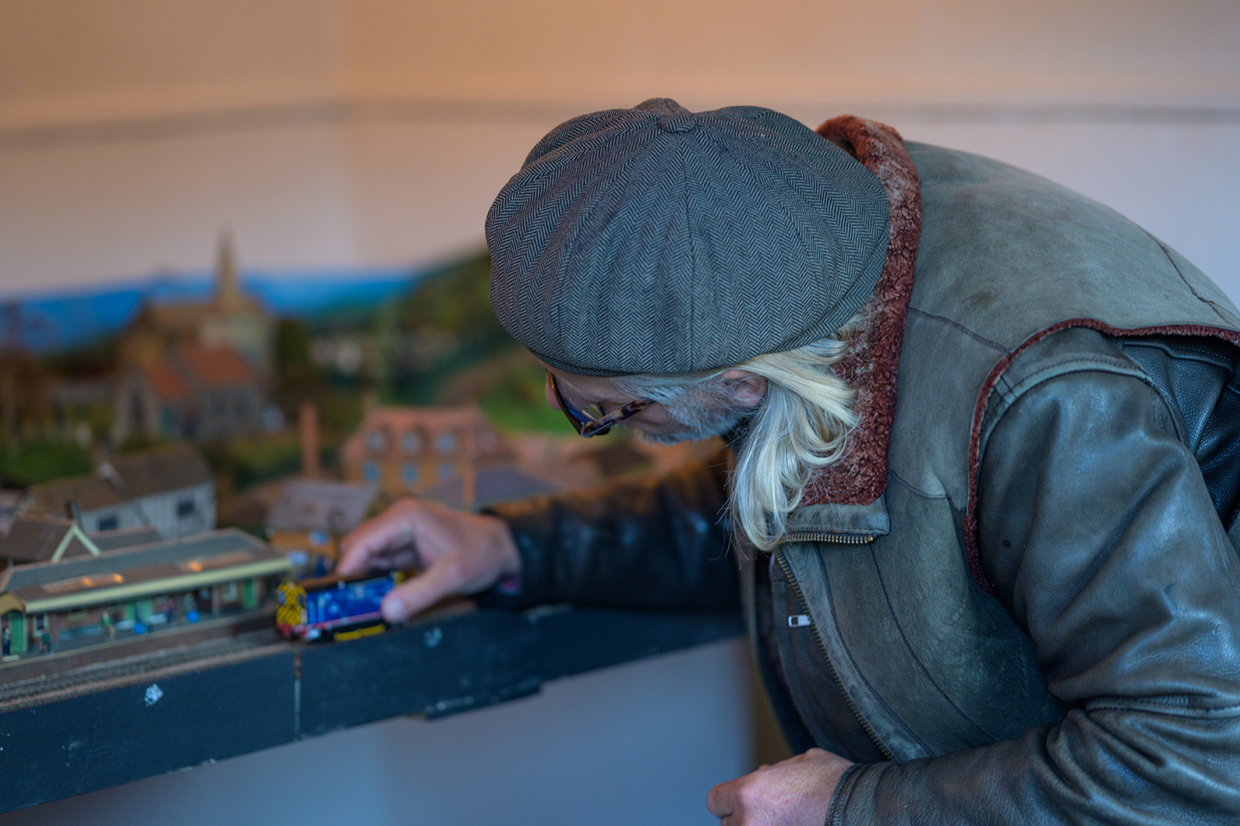 That eclectic approach extends to his car collection, which ranges from a Ford Model A, via a Willys Jeep and a full HSCC race-spec Chevy Camaro SS, to a new Aston Martin Vantage.

Cole’s selection of automotive “trinketry”, as he calls it, stretches across the board.

He’s recently bought a working train set to remind him of the one he had as a young boy, but he also has more than 40 motorcycles struggling to find space among old petrol pumps, signs and cars.

“That pump in the corner was just a rusting thing, holding up a part of a shed with a bent nozzle, and we’ve taken it apart, restored it, polished it, painted it, discombobulating it,” he enthuses. “Every part of it was just a joy, because we’ve saved another one for a future generation.” 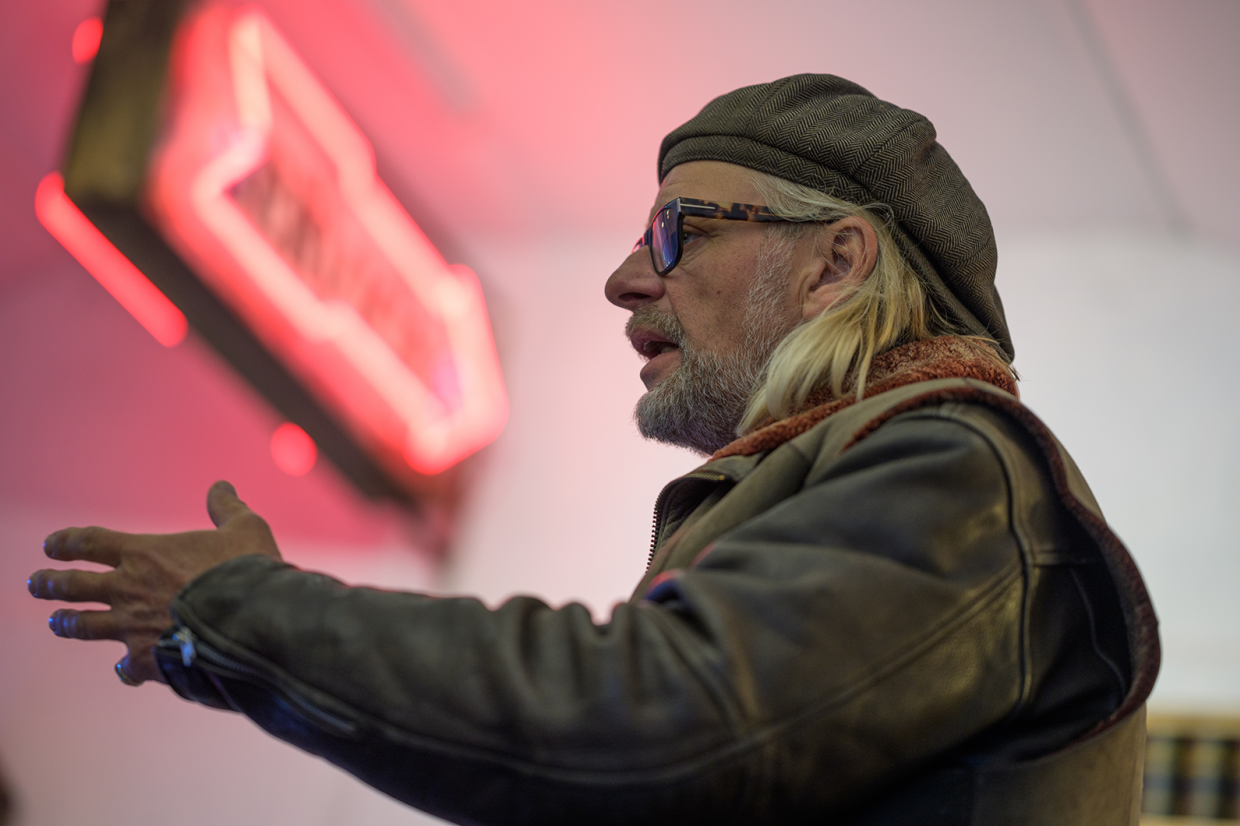 “There’s something in my soul about all this. That’s why I get more excited about that Pratt ’s ethanol sign than I did as a teenager about a girl I fancied. If that’s sad, then I don’t give a damn!”

His love of sheds has taken him on adventures all over the world, but what’s the best shed he’s ever had the pleasure of rummaging about in?

“I was in Brighton, I’ll never forget it. We were looking through this geezer’s sheds, I’d bought a couple of petrol cans and I said, ‘What’s in that shed there?’ At first he said, ‘You can’t see in there, Henry.’ Then after he’d got to know me and had a cup of tea, he said, ‘Come on then, I’ll show you.’ We looked through the window and it was full of Daleks. Remote-control Daleks, miniature Daleks, full-size Daleks!

“Some people do collect the weirdest stuff. That’s what makes the world go round and that’s why I love them all. It’s just fantastic. Some of them are proper raving, though…”