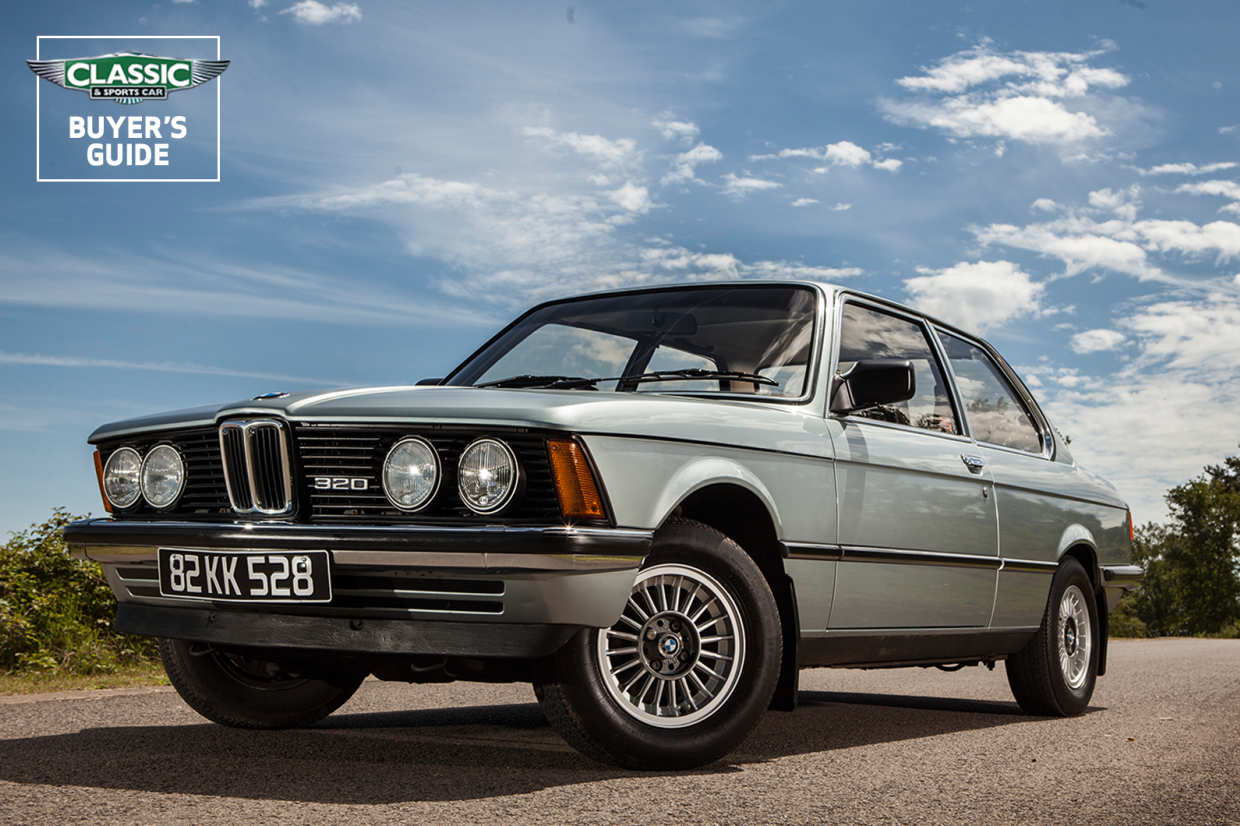 Building on the success of the 2002 and the styling of the larger 5 Series, the BMW E21 was thoroughly developed from the start.

Still two-door only, it offered more useful rear seat space, with excellent heating and ventilation plus many fine details including much better soundproofing. Ergonomics for the driver were exceptional for the time, with particularly clear instruments and well-organised switchgear.

The styling was so timeless that it’s astonishing to realise that the model will celebrate its 45th birthday in 2020 and should be accepted into the classic fold.

Its competence as everyday transport, however, plus a tendency to rot in old age, has meant that they are still being driven into the ground. Now that the market has started to wake up to them, though, and appreciate their lively performance and fun handling, few are left. 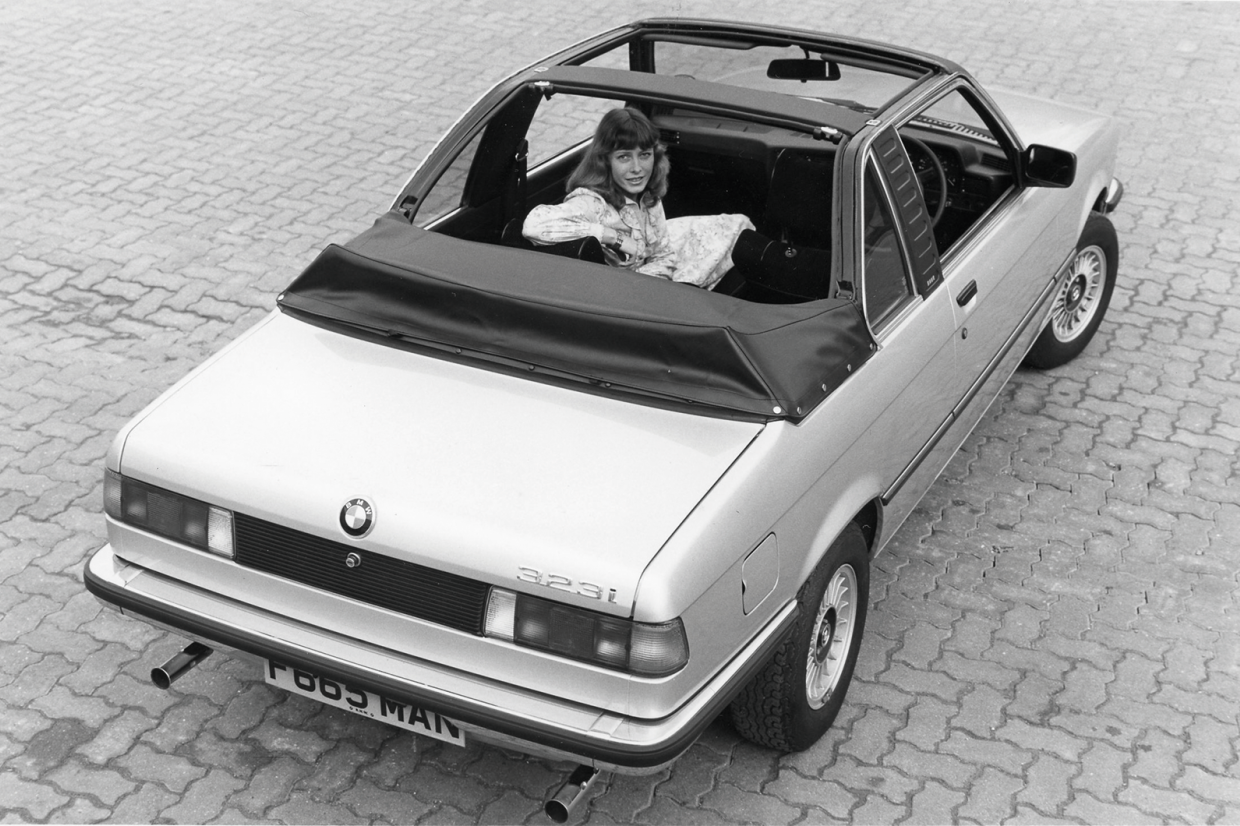 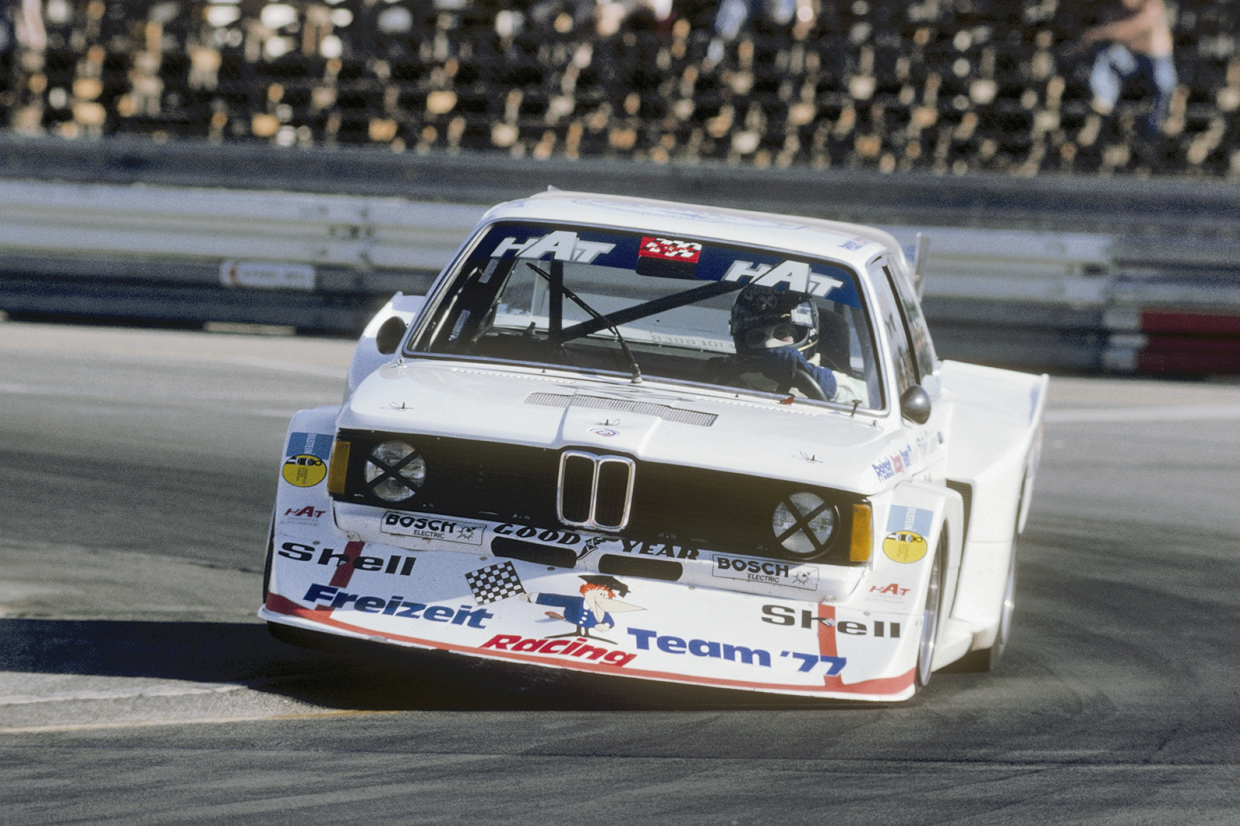 The E21 never sold in great numbers in the UK due to its high price: if you threw a few extras on a basic 323i, it cost more than a Rover 3500 SD1. Considering that, the ones that have been looked after have survived quite well. Hard-used examples are uneconomic to preserve, however, unless they have a particularly desirable spec.

While some criticised the handling, especially pre-’77 when the rear was stiffer, others, including Motor, loved it: ‘The 316 handles tautly with slight initial understeer followed by controllable oversteer (the steering really comes into its own here) which makes it a joy to drive quickly…’

The same magazine would later complain about both slow steering and snap oversteer, proving that the E21 did not suit all drivers, although it praised the stiffer front, softer rear set-up that came with the six-cylinder versions.

Alpina made a range of E21s, initially using four-pots tuned to 125-160bhp, followed by the 2.8-litre B6 ‘six’ and the C1 2.3 with factory 323i unit uprated to 170bhp. All had much-improved handling with uprated suspension, plus special seats, steering wheel, gearknob and speedo.

Buying today, look out for a well-specced car, because finding the parts to upgrade one can be difficult if not impossible. Options included a five-speed transmission (close-ratio or overdrive, the latter highly sought-after because the regular gearing was low), ‘Competition’ suspension, sliding steel sunroof, alloys, rev counter (on lesser models), metallic paint, green-tint glass, air-con and electric windows. A good toolkit was clipped into the bootlid, so check it’s there and complete. 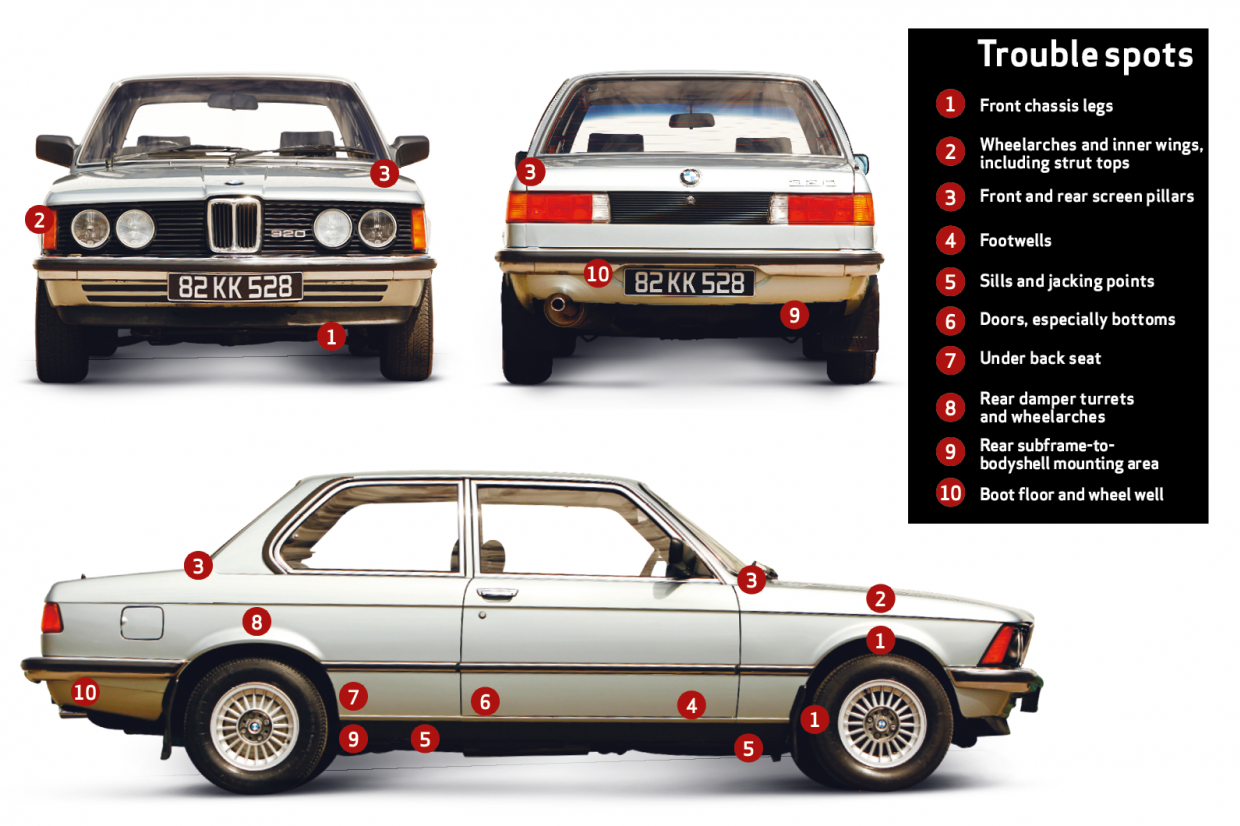 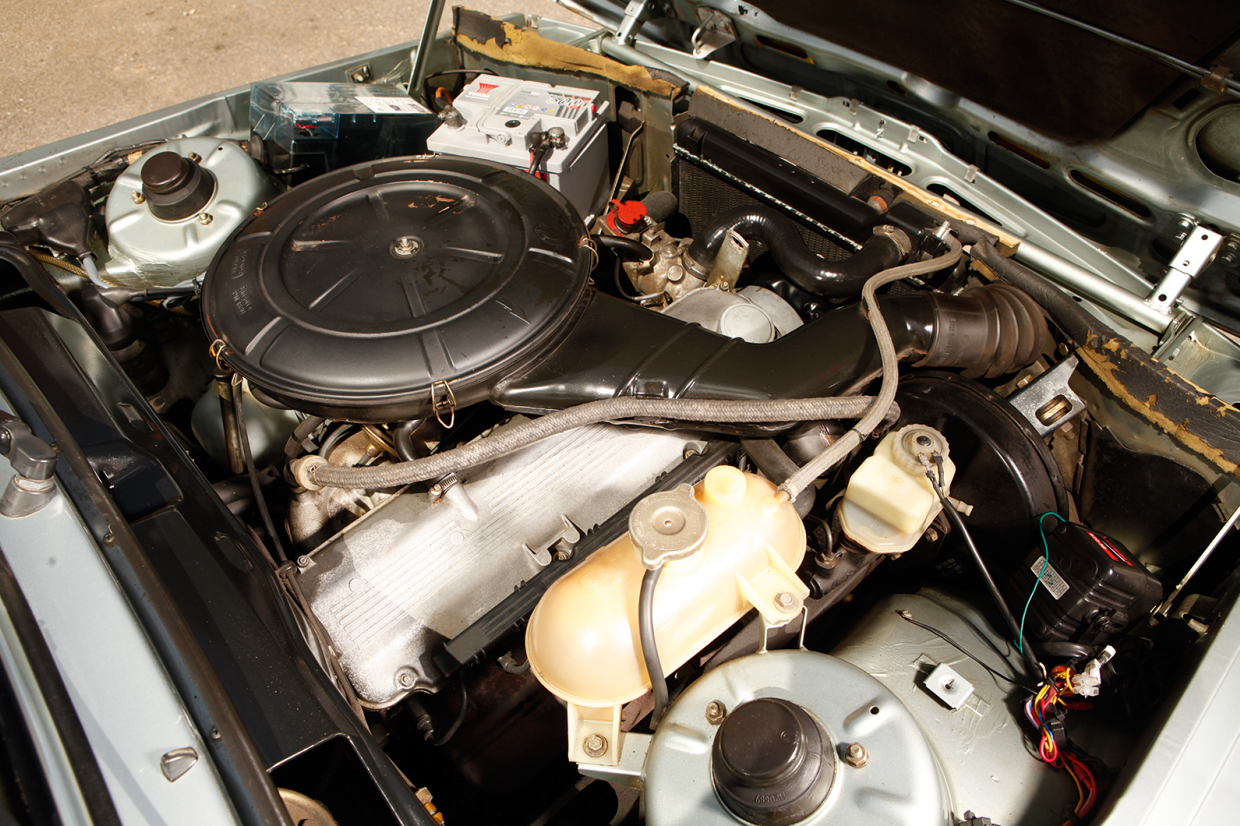 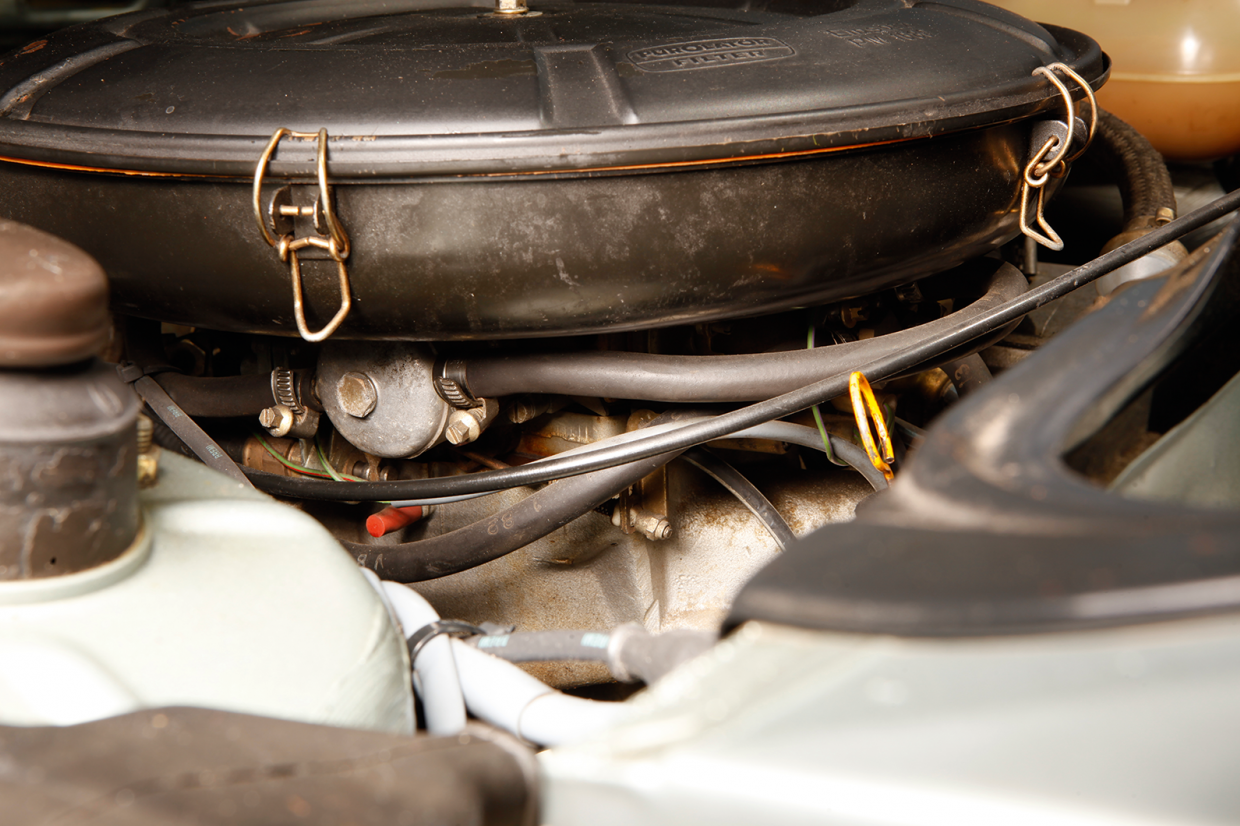 A rattly engine is probably due to a worn camshaft and rockers, while overheating may be a blown head gasket. Blue smoke on the overrun is from worn valve seats (top end overhaul), but on acceleration is worn bores (bottom end rebuild). Black smoke on blipping is an over-rich carburettor, which washes the bores causing premature wear.

Four-barrel Solex carb on ‘six’ is a pain and thirsty, but improved for ’80. Ensure fuel lines have been replaced, notably on injected cars, because they are a fire risk. 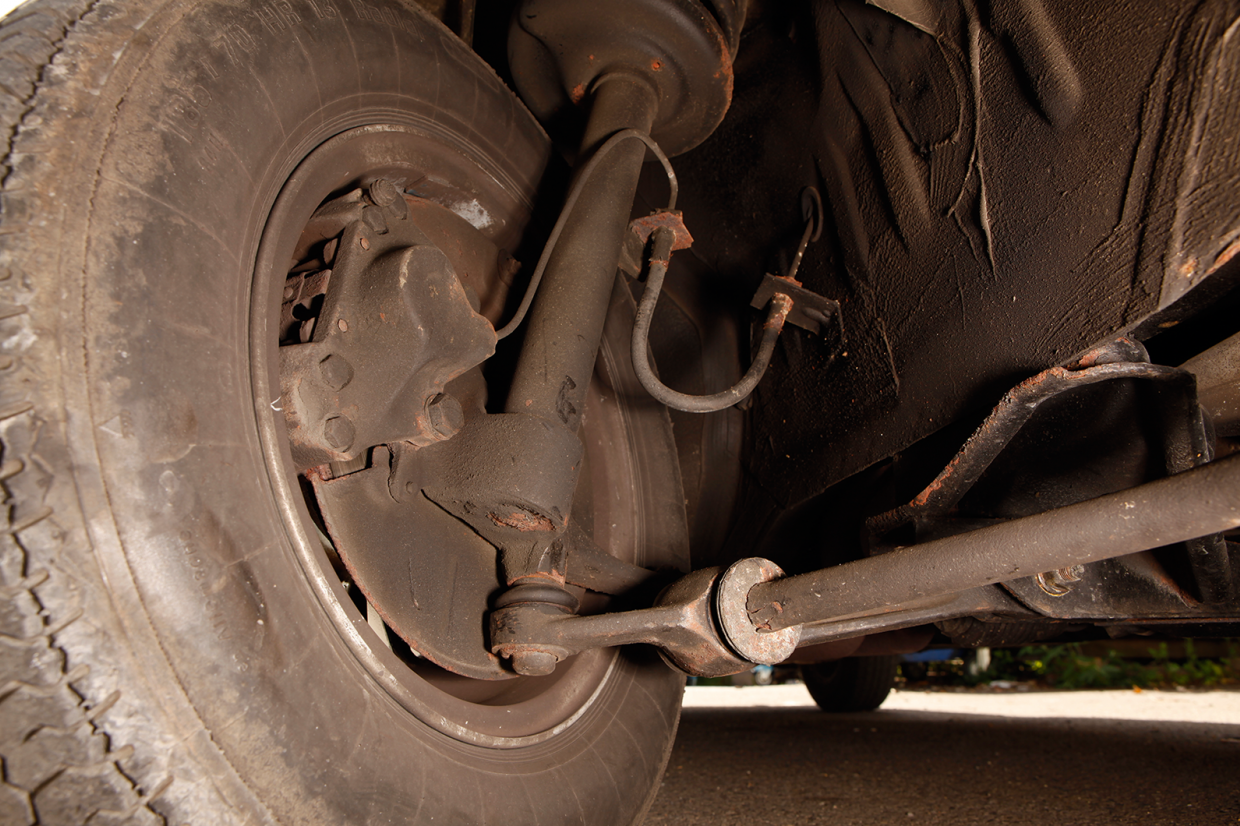 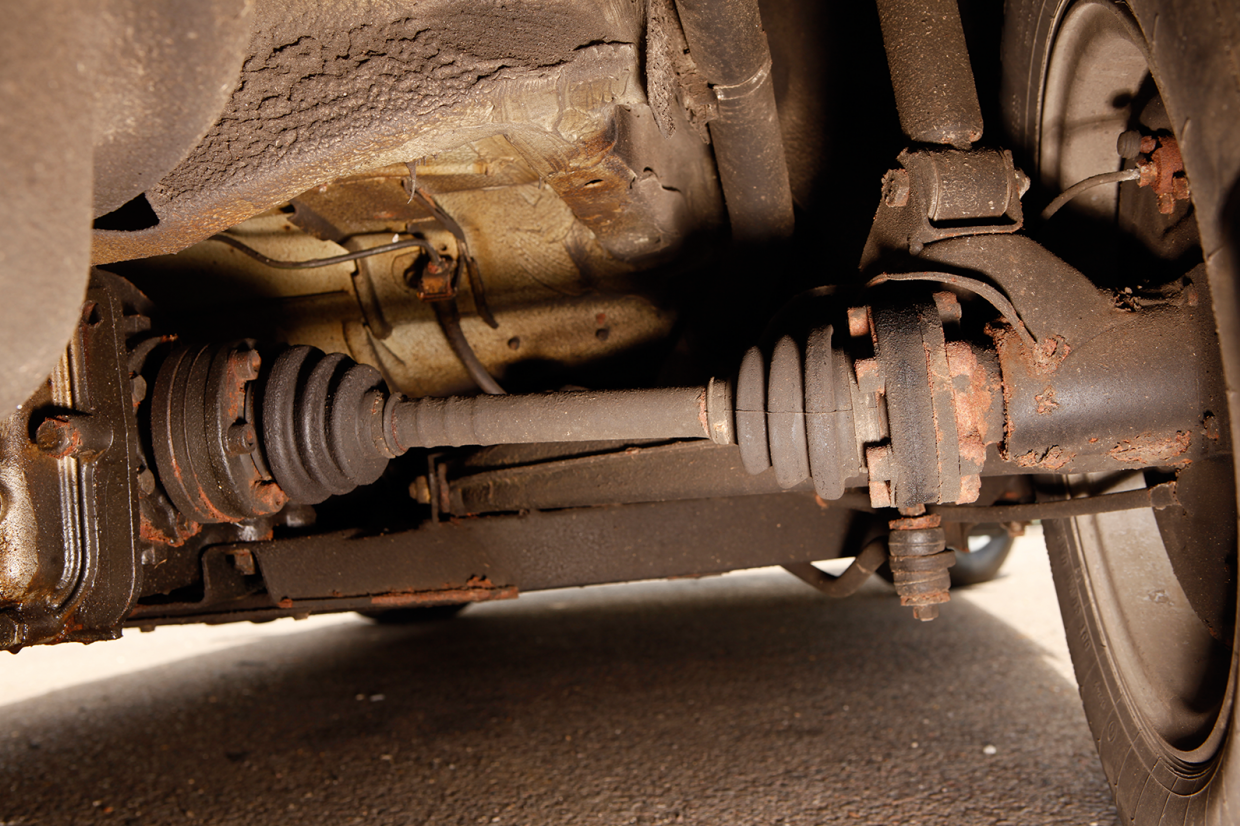 Limited-slip diff was a rare but desirable option. Final drives are durable but worn dampers, UJs and bushes have a notable effect on ride/handling, so check them. 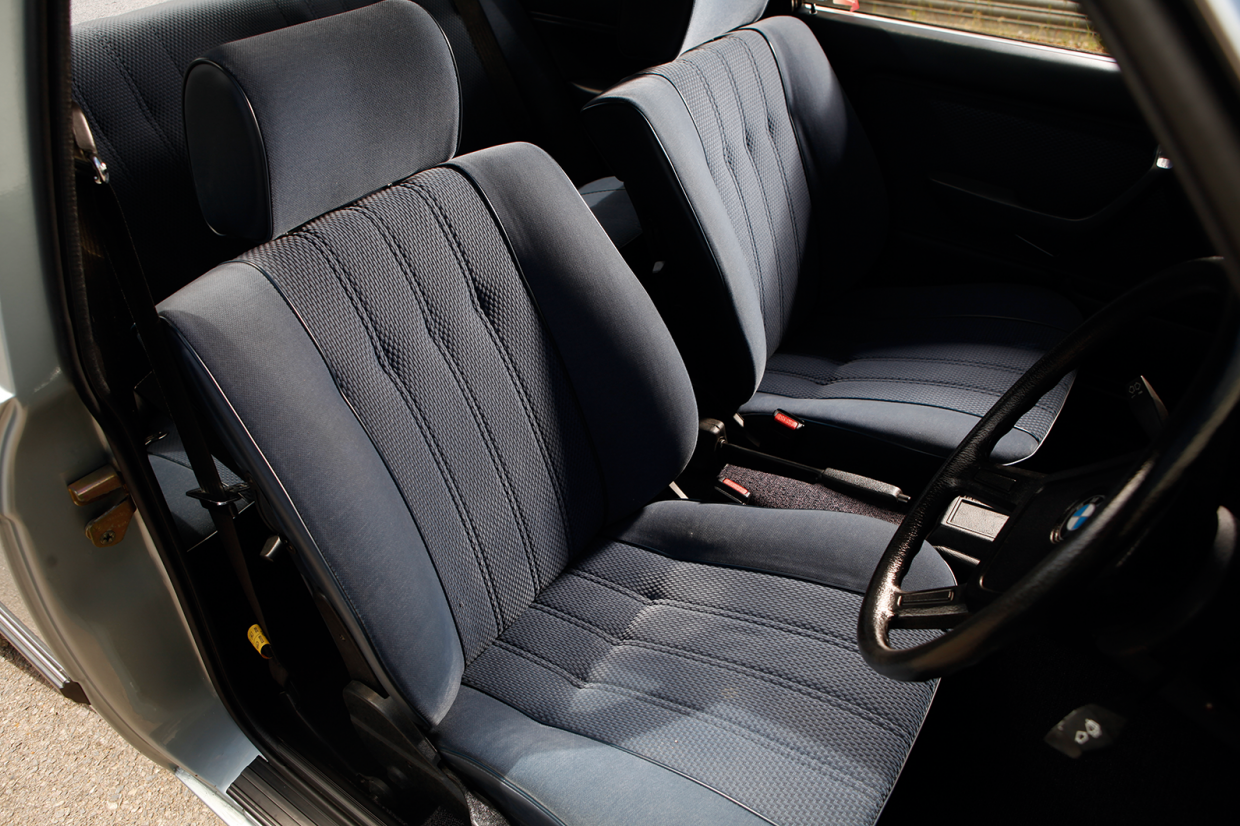 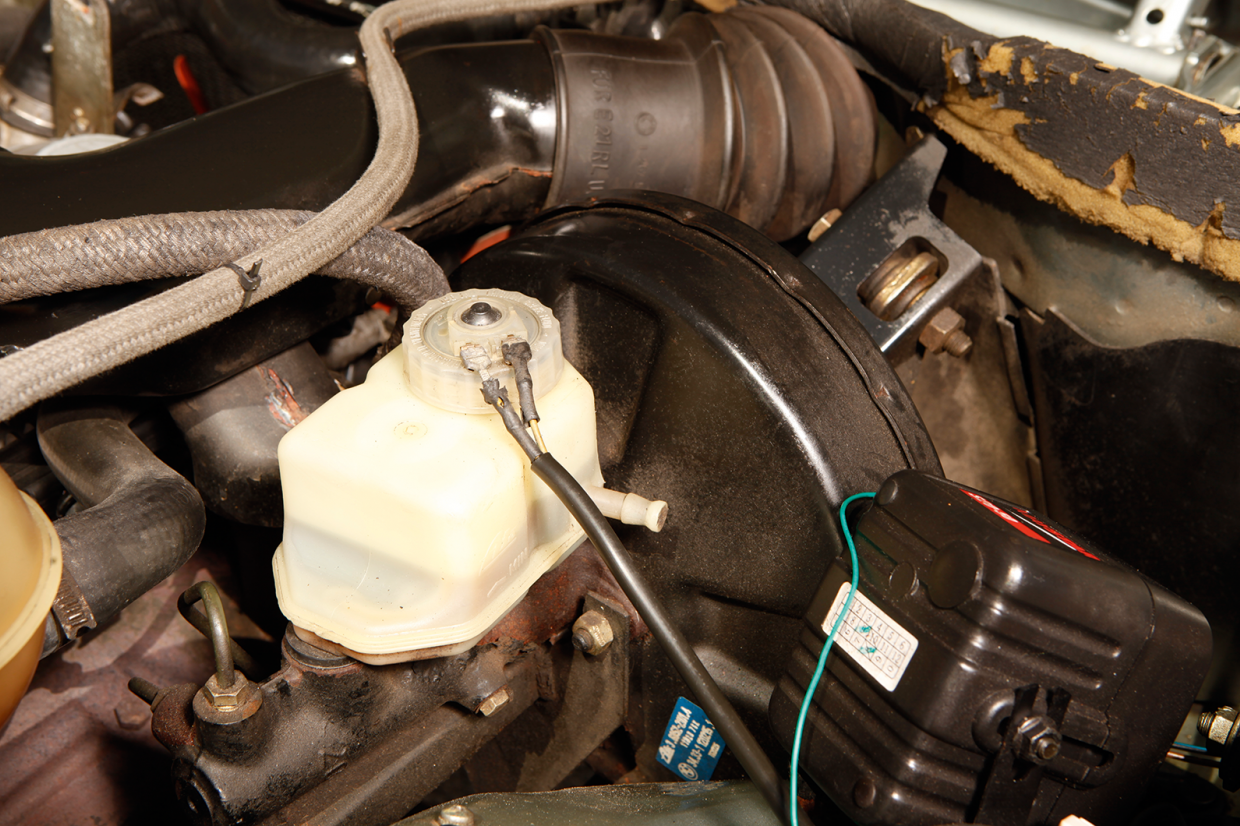 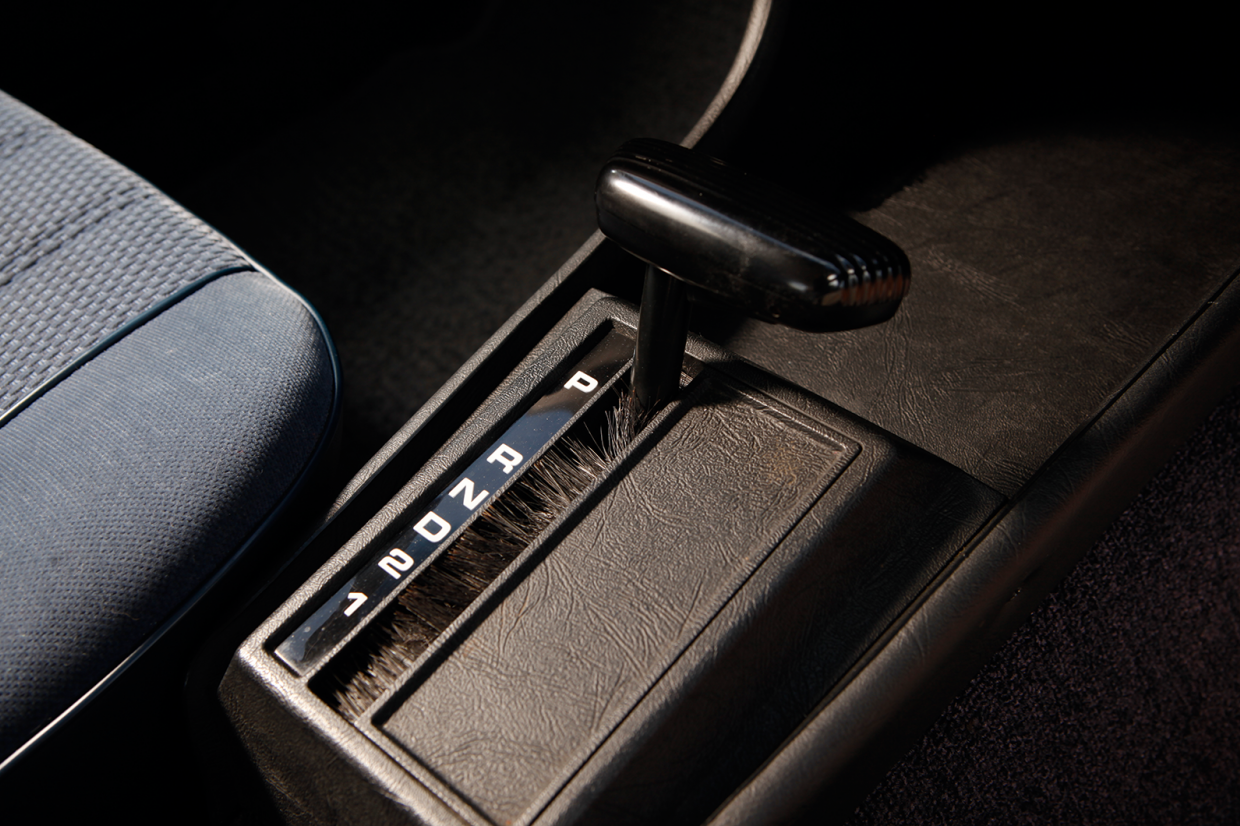 Trim is generally not available, so try to find a car with a good interior. Dash top can crack either side of the instrument binnacle; rear shelf carpet disintegrates.

Servo rarely fails (but is costly), although seized calipers and rear self-adjuster can ruin the normally excellent braking. Rear discs were fitted only to the 323i. 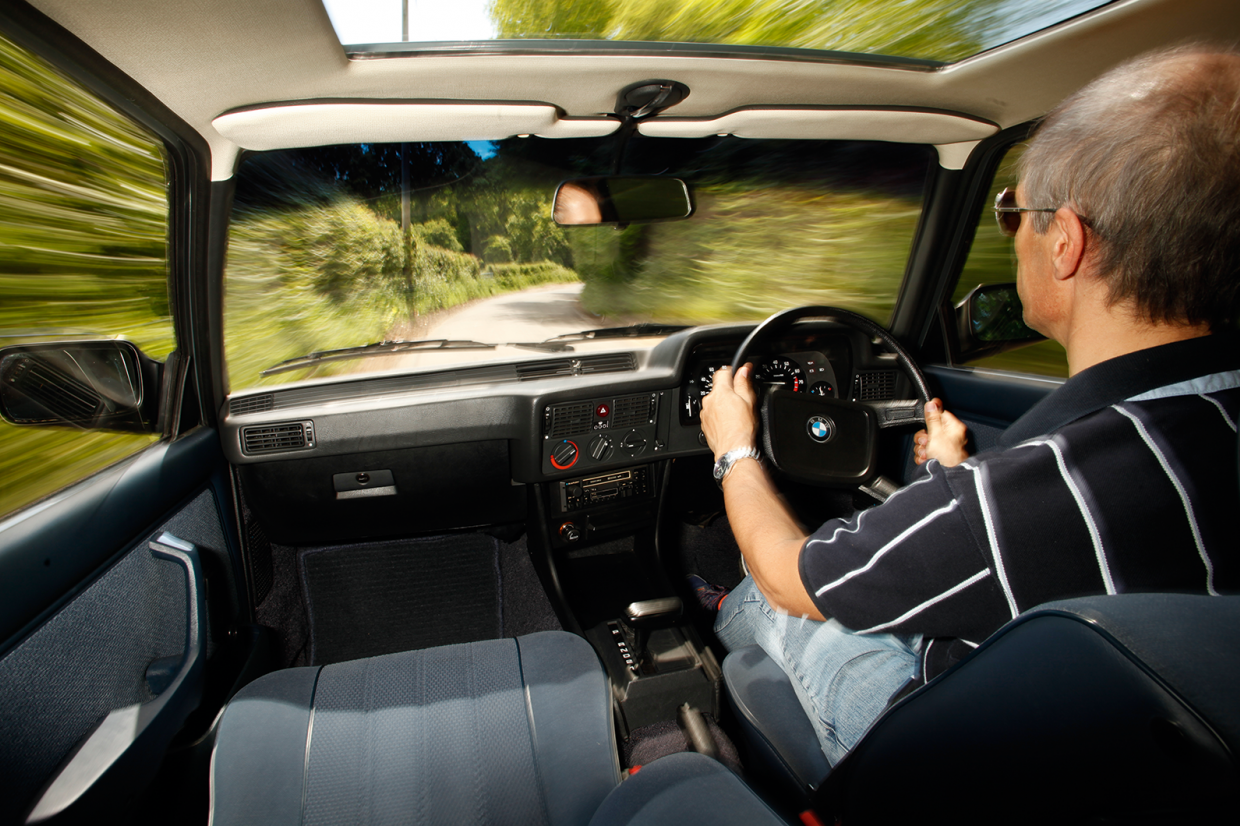 Brilliant ergonomics were a vast improvement on the ’02

The four-cylinder M10 unit is extremely durable, capable of exceeding 200,000 miles without major attention given basic servicing. The later 2-/2.3-litre straight-six is more fragile; it was designed for the car and is unusually short, also featuring a belt-driven overhead cam, unlike the chain-driven ‘four’. Make sure that the belt has recently been replaced (five years/60,000 miles) or budget for it.

Maladjusted carburetion, and hard driving from cold on injected models, drastically reduce engine life. Cam wear is common on both units if oil changes are neglected, so look for evidence of regular servicing. As on all cars with aluminium heads, closely inspect the cooling system for signs of overheating, water loss and head-gasket issues. Corrosion inhibitor should be in the coolant all year round.

The E21 runs happily on unleaded petrol, but the 323i prefers higher-octane types. On the test drive, a clonking/thumping from the drivetrain may just be a disintegrating propshaft doughnut – pattern parts don’t last long – or worn universal joints. Slack in the steering is usually a worn column joint that’s easily fixed.

A limited-slip diff was a rare option. It’s worth having, especially on early models (to 1977) the suspension set-up of which made traction a major weakness, and on the 323i, which could be almost ludicrously tail-happy.

The ‘Competition’ suspension option for lesser versions included Bilstein gas-filled dampers all round and stiffer anti-roll bars front and rear. It made the car feel taut and responsive, but exacerbated the already dramatic snap oversteer on the limit. 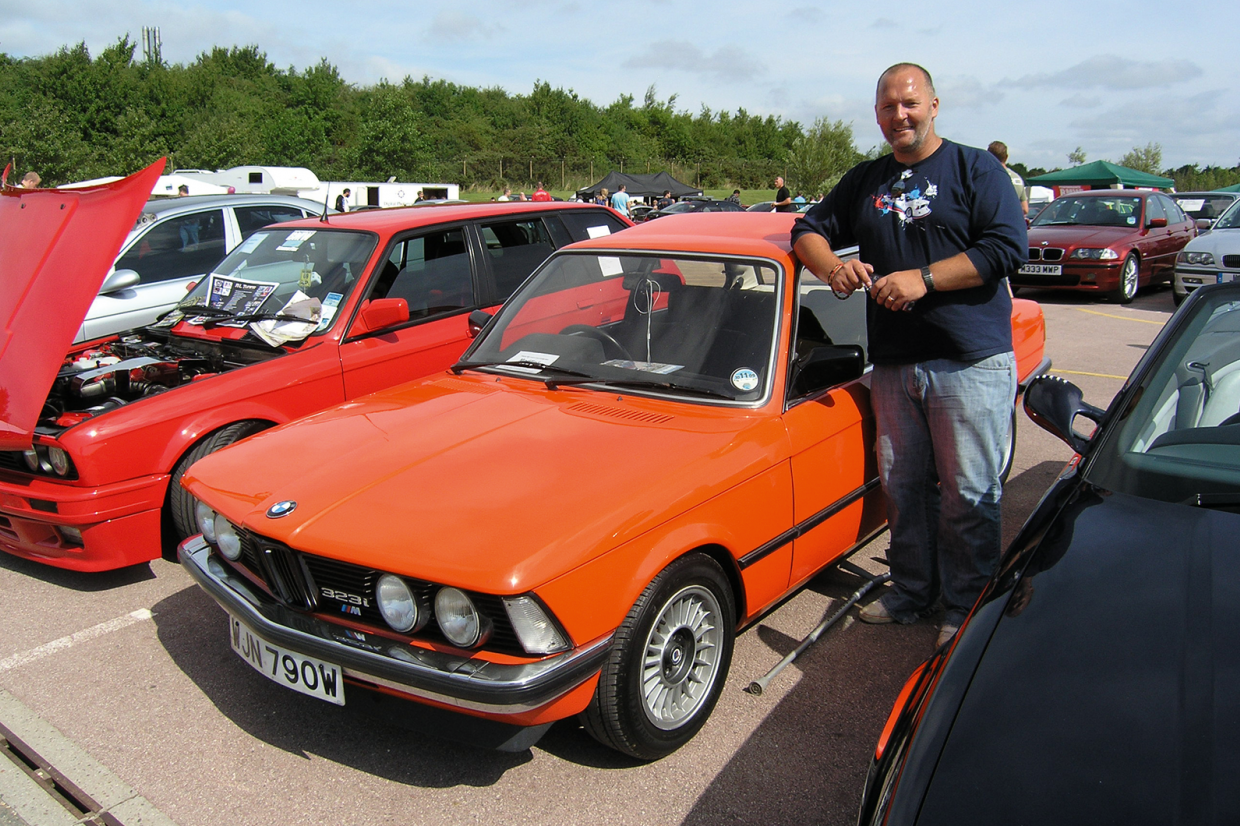 “I’ve had E21s since 1988,” says owner Mark Brown, “and I’ve driven one every day for the past decade. I wanted a corrosion-free car, so I’m building a 316 at present – it was stripped to the bare shell, blasted, repaired and painted. It should be on the road by the time you read this.

“It has an M52 2.8 engine – which only cost £200 – coil-over suspension, billet four-pot calipers and I persuaded Kiley Clinton to build a 2.5 turns lock-to-lock quick rack that transforms the car. With better tyres on 15in wheels, it’s much sharper. Of course, there’s something nice about a standard car: they’re still fun and the 323i is so rare they’re making good money – most have been scrapped. Parts from BMW are often much cheaper than eBay, where people go silly!” 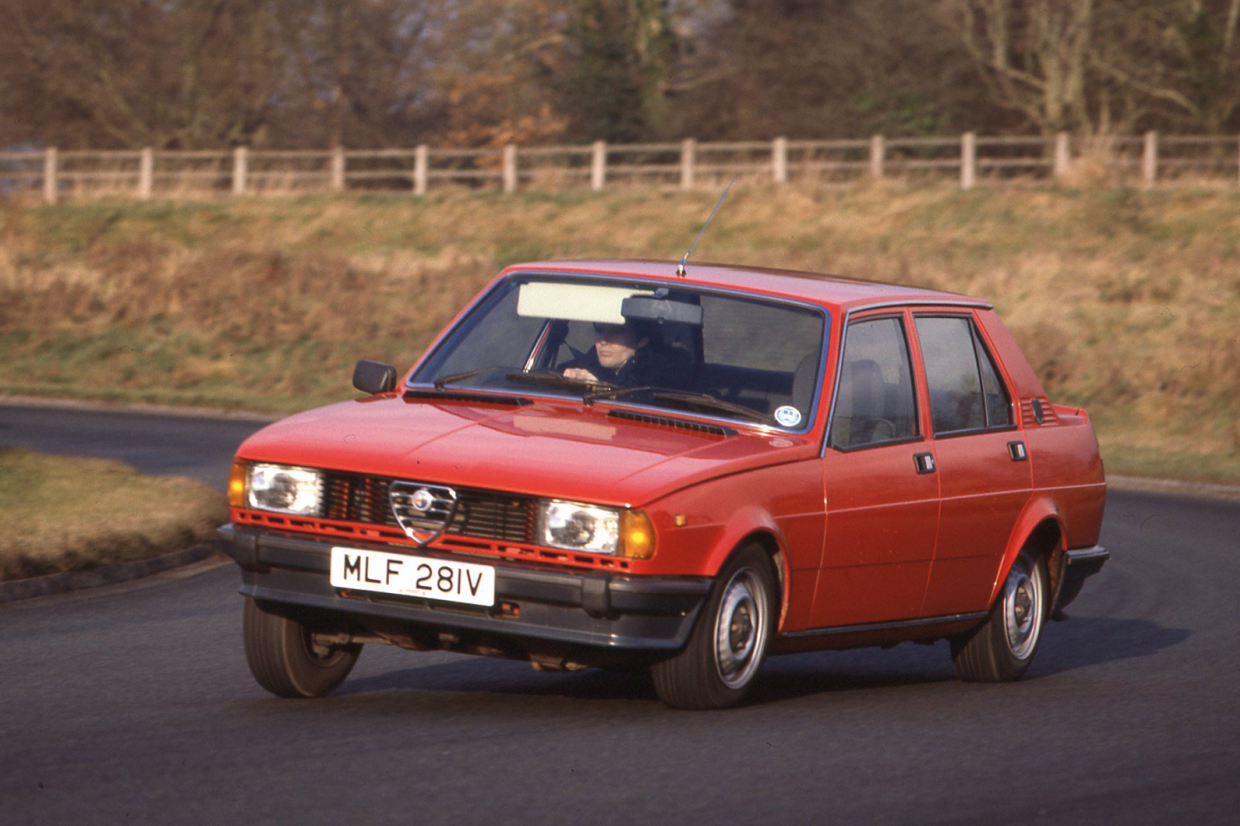 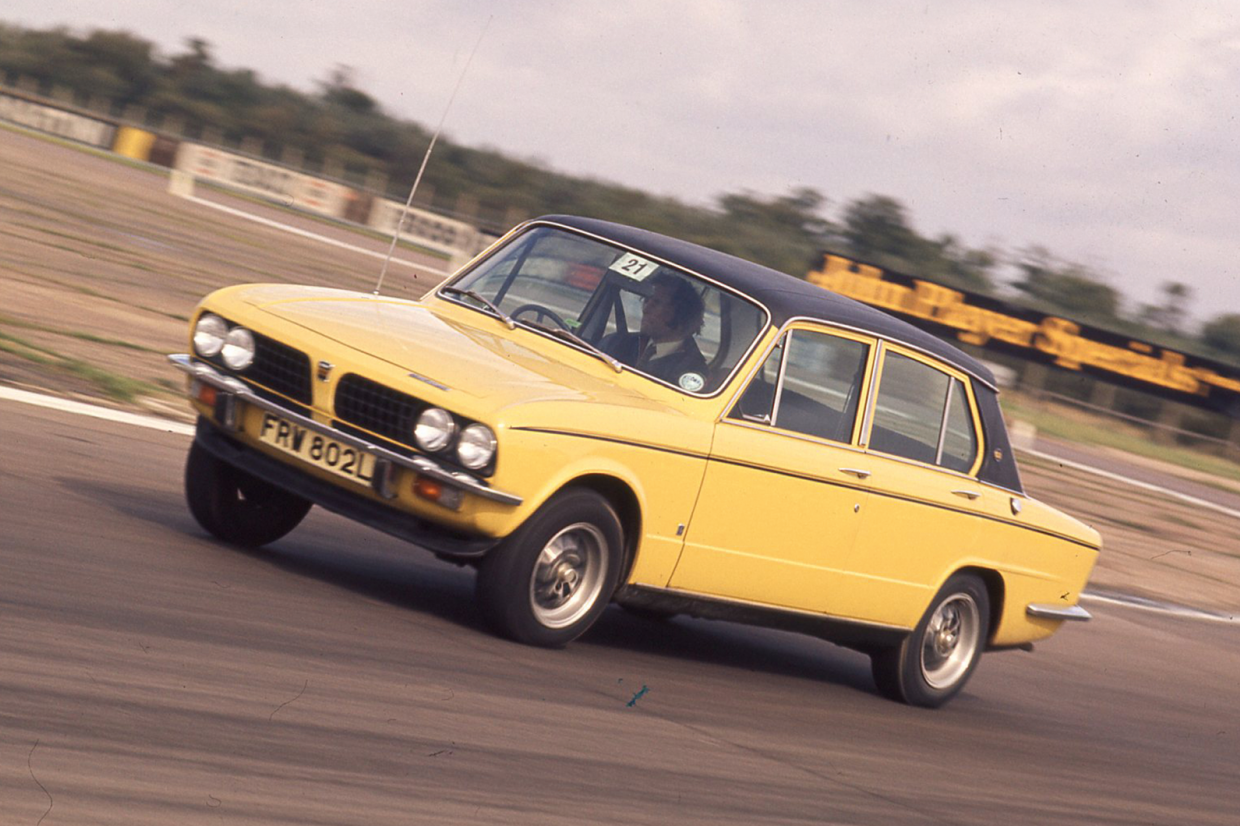 Smaller than the E21 but with four doors, the car’s 16v overhead-cam unit would have made it a winner if Triumph had sorted it like Saab later did. Great fun. 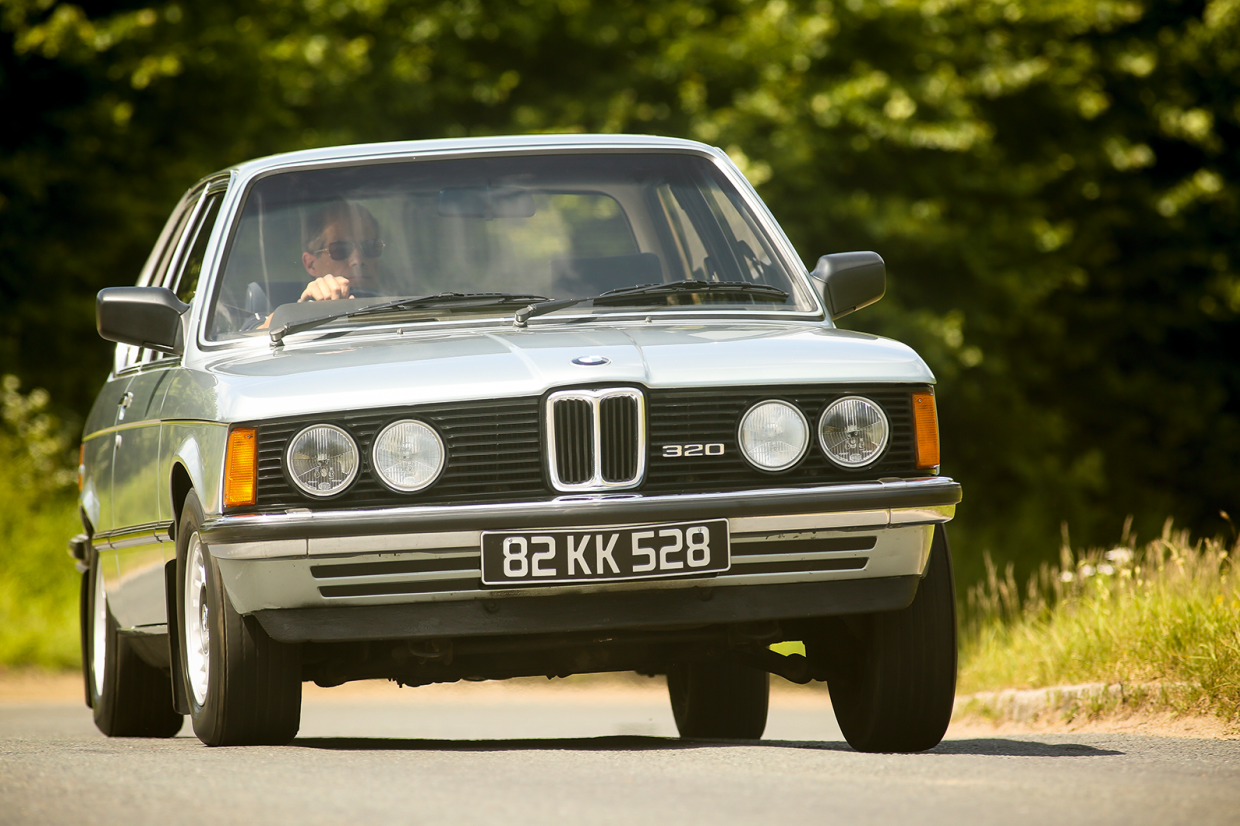 Chuckable E21 gained a (justified) reputation for being tail-happy, but can be tempered with a stiffer set-up. Cheaper models have single headlamps

It’s hard to believe that these cars are now 37-44 years old: their modern looks and practicality mean that they have come late to the classic fold. Few remain, but they are well supported by BMW plus owners’ clubs and are beginning to appreciate.

Finding a really good example is a challenge, although they are out there if you search long and hard enough.