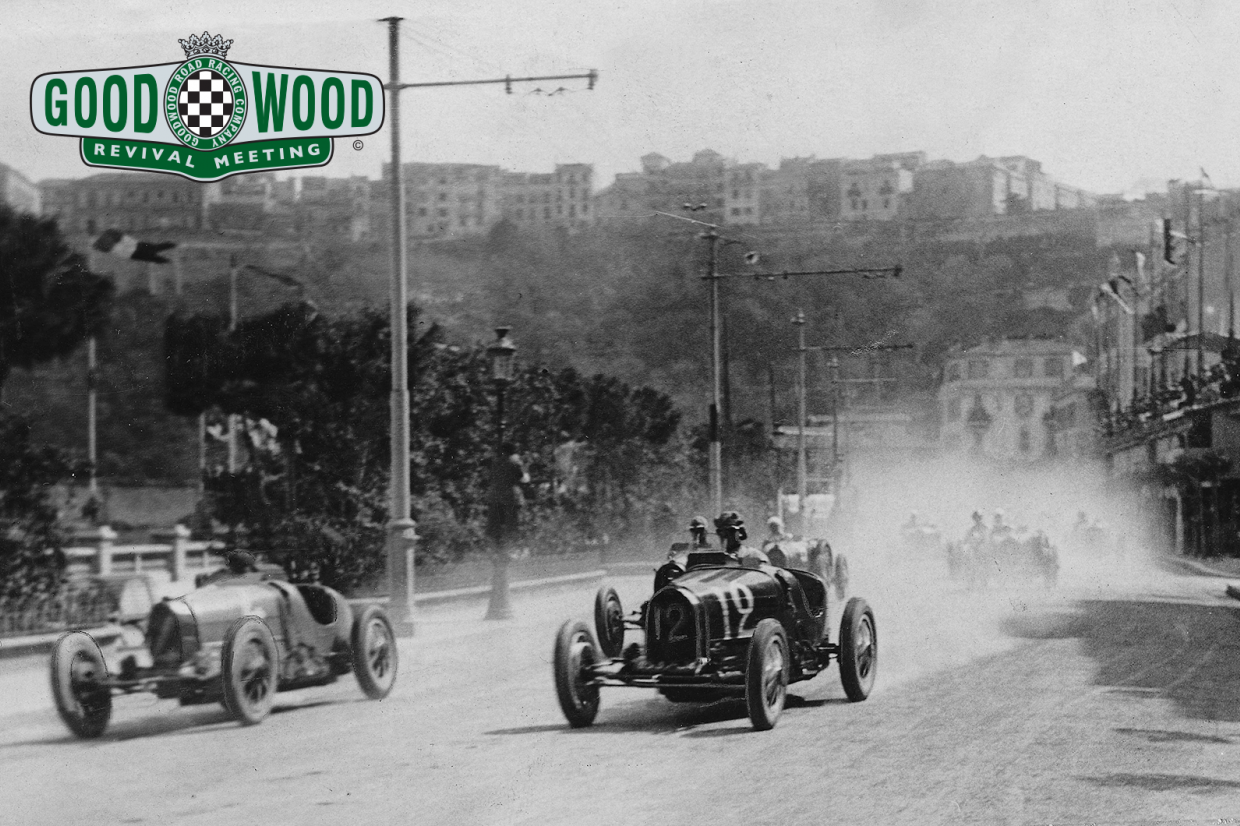 Remembering some of the racers that fought, as Goodwood marks 75 years since the D-Day landings

Sydney Charles Houghton Davis was 52 in 1939. No age to pick a fight. Yet for ‘Sammy’, and for so many others, ‘The obvious thing was to get into this war one way or another and help with all one’s power whatever might result.’ So he wrote in A Racing Motorist.

This was a man of skills aplenty. A veteran of WW1, he demobbed into journalism as sports editor of The Autocar. And sporting he was, runner-up at Le Mans in 1925 in a Sunbeam and winner as a Bentley Boy in 1927, having crashed from third in ’26. The prototype Paul Frère.

His racing talents weren’t reserved for La Sarthe, though, regularly featuring at the front at Britain’s former military base Brooklands – itself soon to re-enter the theatre of war.

He would have joined an anti-tank battery until some ‘bussybody [sic] became inquisitive about my genuine age’.

Eventually a lieutenant in the engineering section of the Royal Army Ordnance Corps, there he linked up with his Monte-Carlo teammate Lt Colonel Garrad. 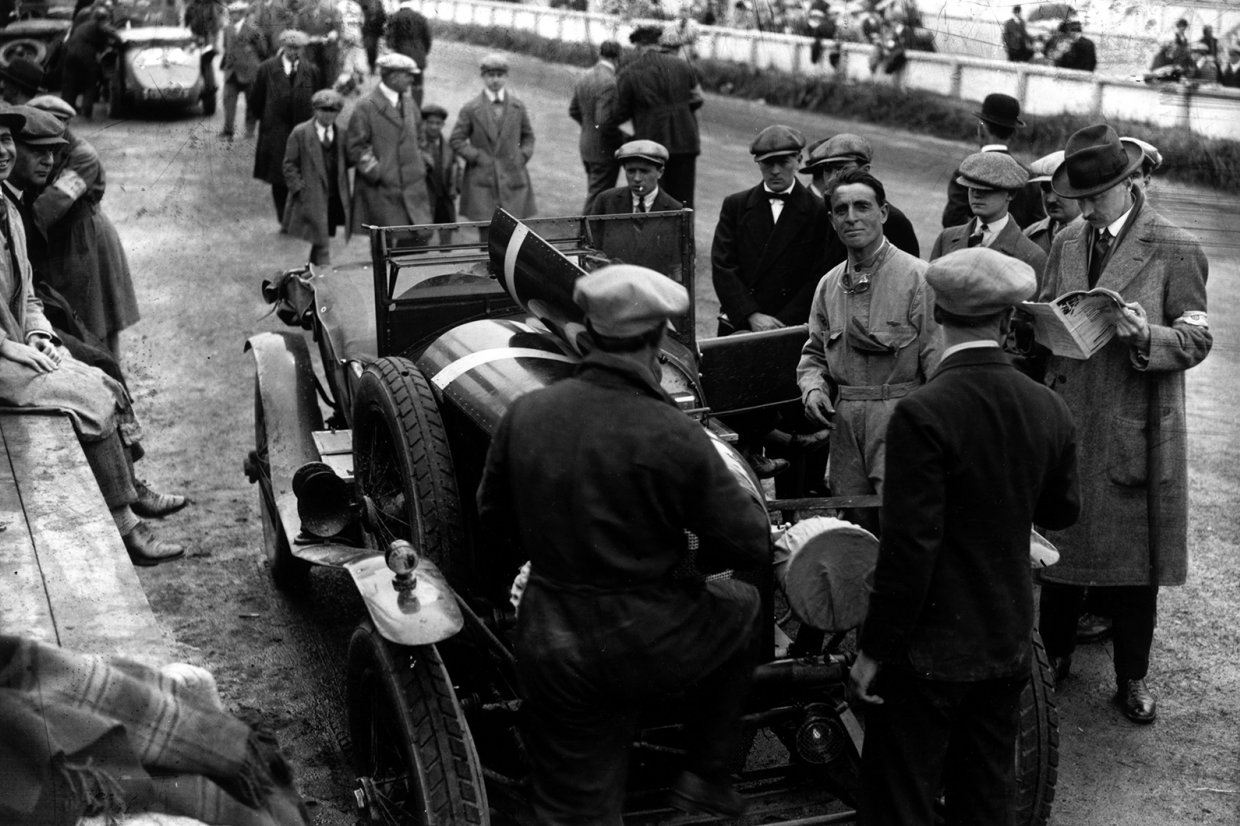 Sammy Davis prepares for the 1926 24 Hours of Le Mans; he crashed in the final half hour chasing second, when fading brakes sent him into a sandbank

Grand Prix racers W Williams and Robert Benoist had also been running amok in France; if the latter is familiar, the former might tragically, unfathomably be not.

William Grover-Williams was born in Paris to a British father and French mother, and raced under the British flag with unmitigating distinction. When Grand Prix cars first took to the Monaco streets in 1929 it was he on top ahead of Rudolf Caracciola, supercharged 2.3-litre Bugatti besting 7-litre Mercedes-Benz SSK.

He’d won the French Grand Prix in 1928 and again in ’29, and two years later beat Nuvolari to victory in the two-driver Belgian Grand Prix. As his success faded his anonymity only grew.

He, too, knew he had a part to play in the war despite nearing 40. According to Joe Saward’s comprehensive and unstinting account, Grand Prix Saboteurs, having initially failed to enlist Williams was accepted when the rules changed. 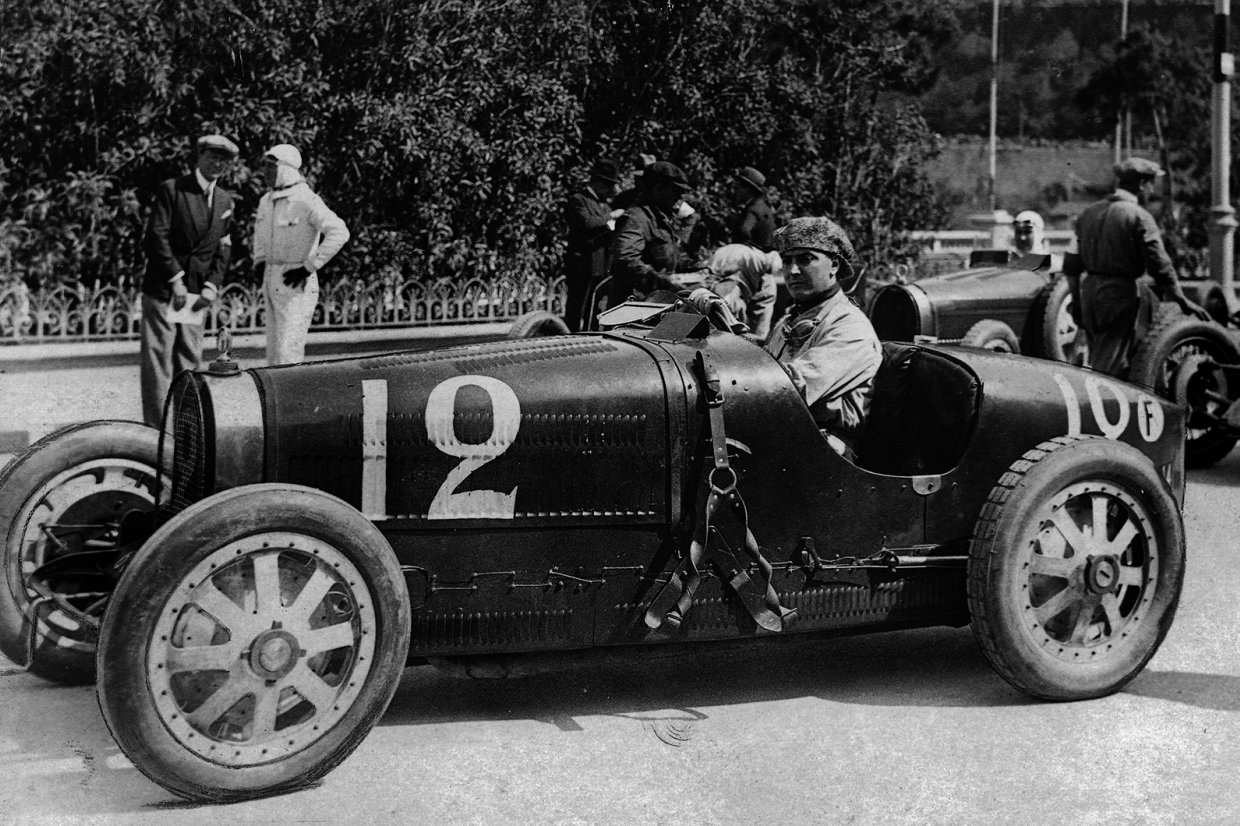 Bugatti racer Benoist, meanwhile, had to scamper across France in an Atalante in the face of the Nazi invasion. A Grand Prix winner, including all four of Europe’s rounds of the 1927 World Championship and at Le Mans in 1937 with Jean-Pierre Wimille, his prowess behind the wheel helped him escape capture.

As Benoist became a leading figure of the French Resistance, with some untraceable and easily deniable assistance from Ettore Bugatti, Williams joined the SOE and was despatched home to Paris.

The pair formed the Chestnut network, reporting to London and hampering the occupation – without arousing suspicion, despite racing around together in a Bugatti.

Williams was caught in 1943 by the Sicherheitsdienst, or SD, at Benoist’s house and would see out his days in ever-increasing severity of interrogation. He took his secrets to his grave at Sachsenhausen concentration camp.

Benoist continued his silent heroic work in the shadows unabated, escaping the clutches of the SD (literally) more than once – even surviving his London flat being bombed as he interviewed to officially join the SOE. 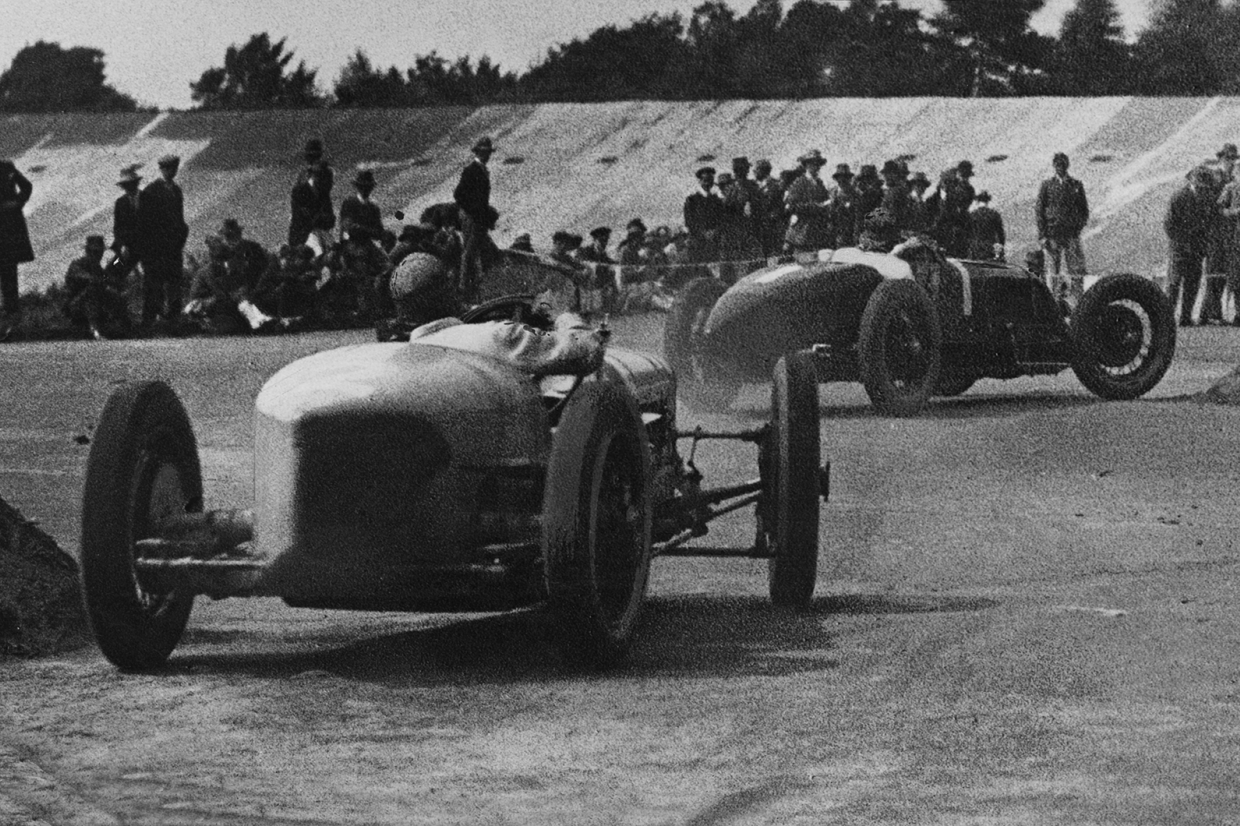 Benoist in a Delage 15 S8 chases the Talbot 700 of Albert Divo in the British Grand Prix of 1926, at Brooklands

As the Allied troops prepared for Normandy, Benoist and the French Resistance were shutting down Nantes and Caen daily.

The invasion cost him the chance to see his dying mother, herself once incarcerated because of her two sons’ activities. His late visit led to his capture and detention at Buchenwald, where he was later shot.

Wimille, recruited to the cause, escaped capture by lying in a stream awaiting Benoist’s return when their safe house was raided.

Davis, meanwhile, was finally on his way. ‘The Americans were well in,’ he recalled, ‘Caen was a nuisance. The solemn skipper of our craft led us to understand that what we would want on the voyage was a band as otherwise it would be a “mite monotonous”. It was true.’

One of those ‘well in’ Americans was Bud Moore, NASCAR Hall of Famer. He’d joined the Army on his 18th birthday, boarded a ship and, as he wrote in Memoir of a Country Mechanic, was ‘taken down to a little town called Wales’.

Within a year he was preparing for a D-Day dry run, only this was no practice: ‘We were circling around probably 30 minutes ahead of landing, ¾ mile out to sea, when all hell broke loose. I said, “Boys, this is going to be a piece of cake, ain’t nobody going to be alive over there.”’

He was to drop into the shoulder-high waters of Utah Beach. Except, ‘I stepped straight into a shell hole in water over my head. I didn’t let my tripod go; we didn’t have much small arms fire.’ 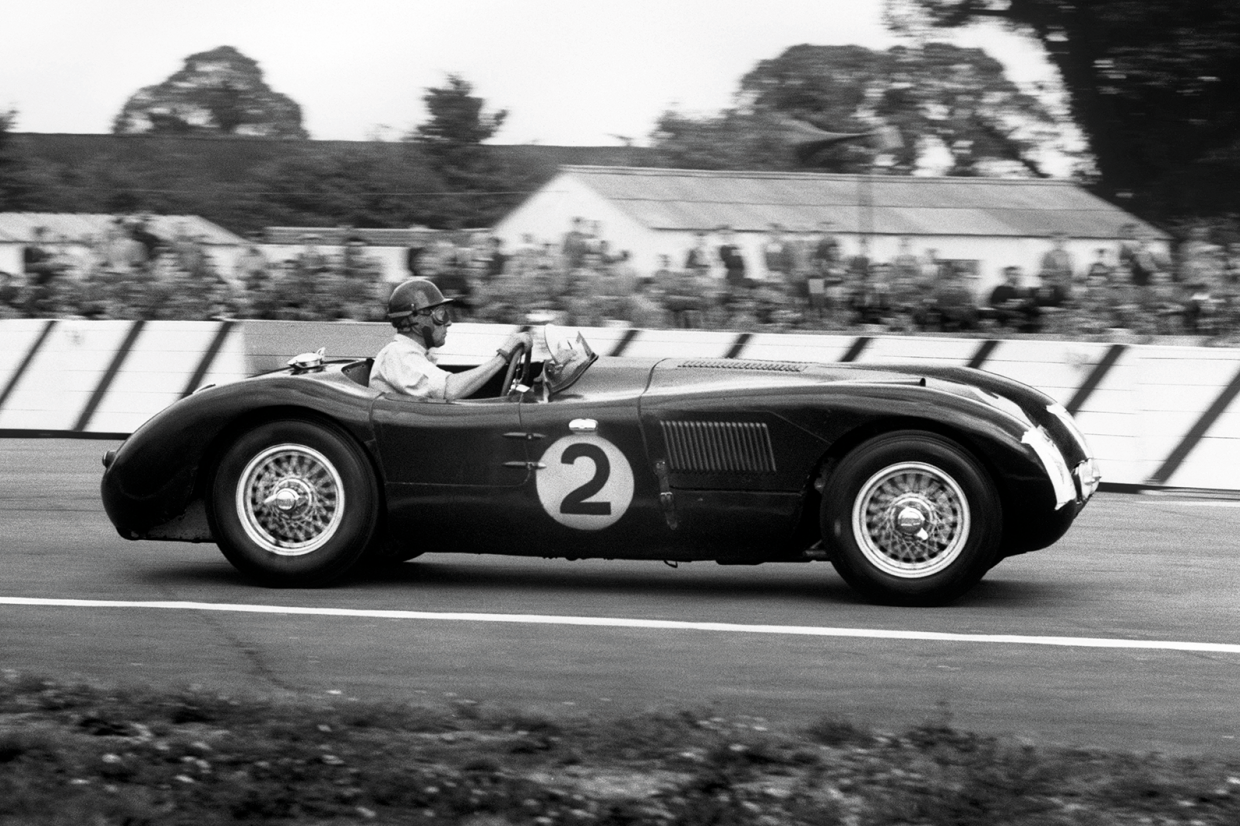 Clambering over the dunes, he saw the 101st Division parachute in through bright moonlight.

Moore’s efforts gained him five Purple Hearts, awarded for being injured in combat, and two Bronze medals, one for capturing 15 soldiers and five officers almost by accident. He fought at Bastogne, freeing that Band of Brothers of the 101st, and has never been back to France.

Instead he formed his eponymous NASCAR squad that won two championships and 63 races.

Davis took to shore at Arromanches, linking up with ‘McEvoy of the McEvoy Special’. He rigged up a false booby trap to pinch a remote-controlled German tank, feared he’d been booby-trapped himself when commandeering a desk from a disused Luftwaffe facility, and evaded mine after mine in an eventful tour of duty.

His racing heart still beat, though, and he was allowed to set off for Le Mans ‘to renew old acquaintances of the racing world… armed to the teeth, mine detector included’.

Digging up tools and clearing mines was the official reason, but in truth it was a promise made by the deputy director of Mechanical Engineering Corps. 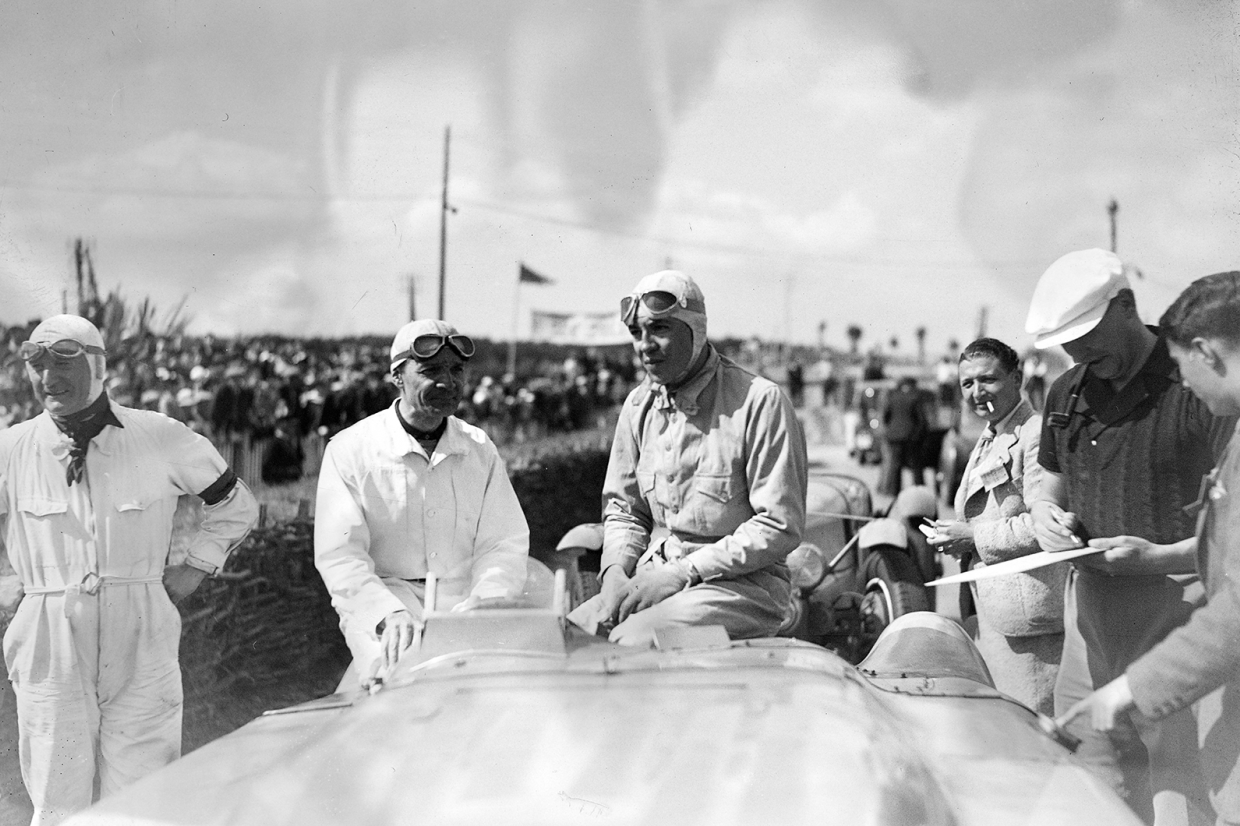 This was no plain-sailing run along the A28 like it is today, but down mine-filled lanes flanked by signs saying ‘verge OK’ or ‘verge not tested’.

‘Then, at last, we reached that long familiar highway that had seen so many teams of British cars go forth to battle at Le Mans and so many return in triumph. But the fear gnawing at one’s heart was that Le Mans would be in ruins and many of one’s greatest friends dead or injured.’

Instead he was greeted by race officials and took off for a lap, ‘fast on principle.’ The road ran out at White House, but he fought on to find the pits and grandstands in ruins. They travelled back through the Falaise pocket the day it collapsed with Moore’s assistance.

On 9 September 1945, the two worlds collided and racing returned at the Bois de Boulogne. Amédée Gordini won the Robert Benoist Cup, Henri Louveau the Coupe de la Liberation, and fittingly – and with unimaginable emotion – the Coupe des Prisonniers was won by Jean-Pierre Wimille. In a Bugatti, of course.