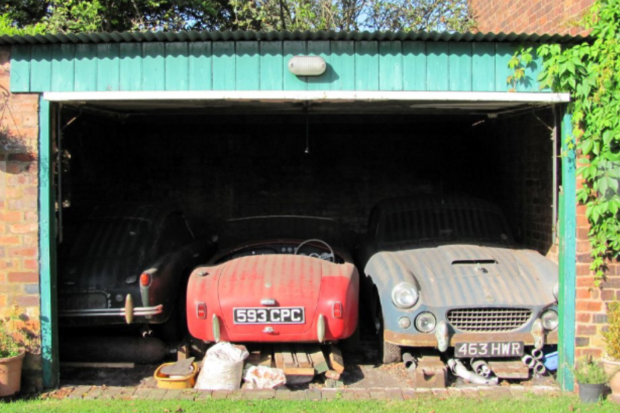 Three ACs that have lain untouched in a garage since 1972 have been uncovered in Walsall.

They include a 1957 Ace with a rich racing history including wins at Prescott, Oulton Park, Mallory Park, Goodwood, Snetterton, Silverstone, Weston and Loton Park.

There is also an Aceca, which was bought by a Dr Humprhies in 1955 and raced at Brands Hatch in 1956. It is a two-owner car and comes with its original logbook plus the numberplate – SOC 1.

Finally there is a 1962 Bristol-powered Greyhound that has also only had two owners recorded in its original logbook and has a fantastic interior.

On top of that, two AC 2-litre engines, four gearboxes and various carburettors were found with the cars.

All except for the Ace are up for sale.