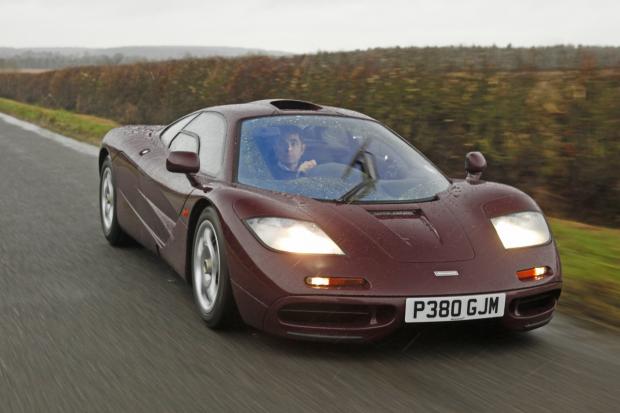 The actor, comic and classic car enthusiast Rowan Atkinson has put his McLaren F1 up for sale with London dealership Taylor & Crawley – and it's likely to cost in the region of £8million.

"When I bought it in 1997 it all seemed pretty rash, because I was expecting it to depreciate," said Atkinson.

"But of course it didn't depreciate, far from it. Meanwhile, I've avoided buying Aston Martins and Ferraris, which has saved me a fortune."

The car is known as much for its celebrity owner as it is for two highly publicised crashes, both of which took place with the comic at the wheel. The first accident occurred in 1999 when Atkinson struck the back of a Metro, with the second coming twelve years later after he lost control while accelerating hard on a Cambridgeshire road, which caused the car to spin and strike a tree, separating the engine and drivetrain from the body and breaking his shoulder blade.

However, extensive repairs to the stricken F1 were carried out by McLaren technicians – documented in March 2013 Classic & Sports Car – which resulted in the firm rebuilding the majority of the car at a cost of more than £900,000. Another F1 had been more extensively damaged, but that car received a new tub – Atkinson's car, however, was painstakingly restored piece by piece.

"Getting back into it after 16 months was like putting on an old sweater," Atkinson told C&SC. "I'm not a collector. I don't like the top-cupboard syndrome that causes so many good cars to evaporate. It depresses me that they are hidden away like investment art, or gold ingots in a Swiss vault.

Click here to see a gallery of the McLaren F1 rebuild.

How to... store your classic car