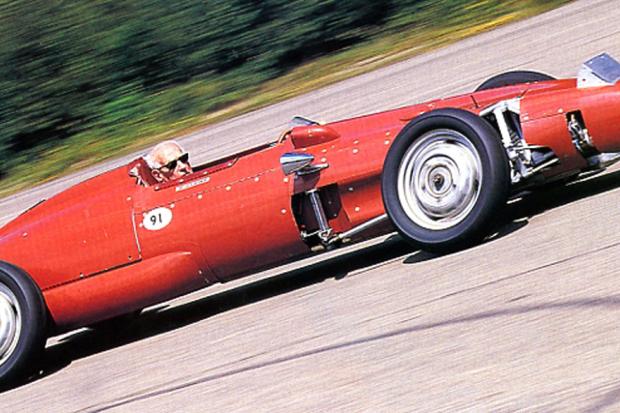 “I concluded pretty early on that life would be boring if you didn’t have a few accidents,” maintained the extraordinary Bill Milliken who died aged 101 this week.

The designer/builder of the amazing MX-1 ‘camber car’ (see C&SC November 2002) certainly had a packed career. Aviation was Milliken’s first passion, and in 1927, aged 16, he started building his own aircraft, which he later crashed on Old Orchard Beach after an unplanned Dutch roll in the nose-heavy home-built.

Undeterred, Milliken studied aeronautics at MIT and, after graduating, specialised in flight testing and analysis. Projects included the Boeing B17 and B29 bombers, plus the Flying Wing.

Always an enthusiastic motorist, Milliken thought nothing of driving his Ford Model A across America from Maine to his first job in California.

After WW2 he raced enthusiastically starting with an MG TD before moving into Miller 4WD and fearsome Bugatti Type 54 ‘widowmaker’, which he fitted with a GM torque converter.

The talented engineer would compete in more than 100 post-war road races and was a founding member of the Watkins Glen Road Races, where he was head of the Rules Committee.

Milliken’s racing motivated his research into chassis dynamics, and later GM sponsored his study into variable stability and speed flat-belt tyre testers. In 1976 he wrote Race Car Vehicle Dynamics, which sold over 14,000 copies including 10 to the Ferrari GP team.

When most engineers his age were thinking of retirement, Milliken began developing computer software for Williams.

In his 90s, the ever spritely Milliken became a star of the Goodwood Festival of Speed where he happily drove and chatted about his remarkable ‘camber car.’ Inspired by the Kieft 500, this astonishing two-stroke 1500cc powered single-seater was started back in 1960, and could be adjusted from zero to 50 degrees camber.

“The human factor gives in long before the steeply cambered outer motorcycle tyres,” said Mick Walsh after testing the ‘camber car’ for C&SC in September 2002. “Whizzing around a tight circumference, this bizarre creation achieves 1G with no sign of slipping off course. It’s one of the most amazing machines I’ve ever driven, and meeting Bill was such a privilege. A remarkable man.”