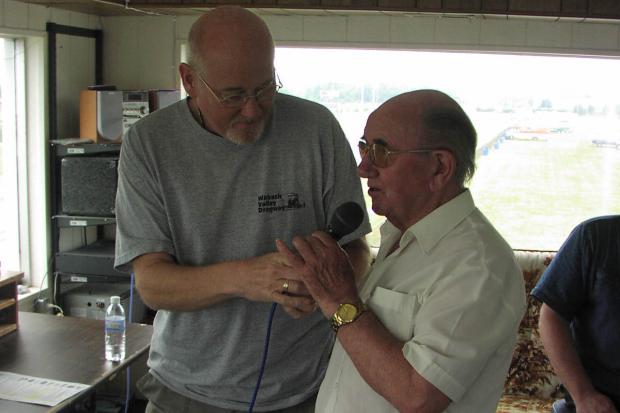 The talented racer, gifted engineer, and catalyst for the MGB GT V8 project, Ken Costello, has died. He was 88.

Ken Costello was born in Kent in 1927 and displayed a passion for engineering from an early age: by  18 he had graduated from Woolwich Polytechnic having specialised in automotive engineering, later working at the Motor Industry Research Department in Brentford. But he quickly marked himself out as being a hands-on designer.

His first major foray into tuning came in 1959 while souping-up a friend’s Mini. Costello took the car to Castle Combe, setting a lap record in the Special Saloons Group 3 Class, following it up with further success at Brands Hatch, Mallory Park, Crystal Palace and Snetterton. He proved a force to be reckoned with behind the wheel of a Mini, but his early racing career included a number of other models. Over the course of 10 years, the tuner entered more than 400 saloon races.

By the mid- to late 1960s, Costello had graduated to Formula Three after purchasing an ex-Chequered Flag Brabham BT20 with a Cosworth MAE engine. It was in this car that he got his first taste of the silver screen while driving it during filming of the movie Grand Prix.

Of course, it was his passion for the MGB for which Costello became a household name. After returning from filming, he began to tinker with a Rover V8 and a red MGB Roadster borrowed from a friend. Despite the factory ruling out V8 power due the restrictions of the B’s body shell, Costello quickly had his working prototype. His long-time employer, Lady Cripps of Cripps Brothers, was the recipient of his next car, this time a B GT featuring an MGC rear axle. Shortly after he went into business himself, opening premises near Farnborough.

He quickly attracted the attention of Longbridge, and was courted by director of engineering Charles Griffin, who arranged for British Leyland engineers to test one of his conversions. They were suitably impressed and forged ahead with a factory car, which emerged in August 1973. But, fearing competition, BL cut off Costello’s supply of Rover engines, undercutting his prices in the process.

The recognition that was never forthcoming from the factory was amply supplied by MG fans and enthusiasts, who recognised the enormous contribution Costello made not only to the MGB GT V8 project, but also the RV8 in later years. He became a regular visitor  at MG club events, and was a friend to many.