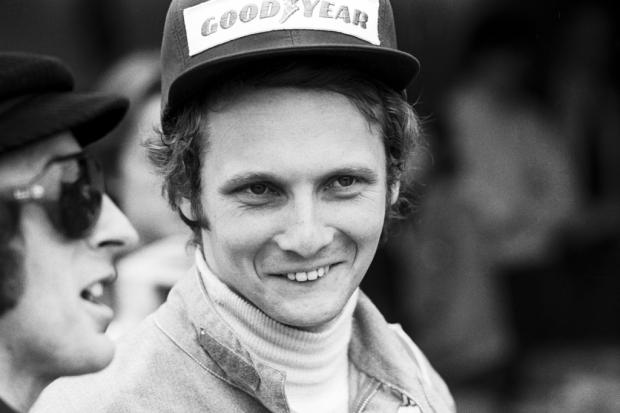 Niki Lauda, three-time Formula One world champion and titan of the sport, has died at the age of 70. The Austrian, who spent two months in hospital following a lung transplant last year, died peacefully his family confirmed.

His was a life that merged with fiction, as Ron Howard’s depiction of his rivalry and staunch friendship with James Hunt hit Hollywood in Rush. But his real life was more than worthy of the silver screen.

In 1976 he survived a fiery crash at the Nürburgring that should have taken the life of the reigning world champion and championship leader, at a time when tragedy was still a common feature of F1.

The fast work of fellow competitors – notably Guy Edwards, Arturo Merzario, Harald Ertl and Brett Lunger – fighting through the flames to remove him from the cockpit, together with the Austrian’s sheer will to live, ensured he was back in the seat of his Ferrari 312T2 within six weeks, his last rites still ringing. 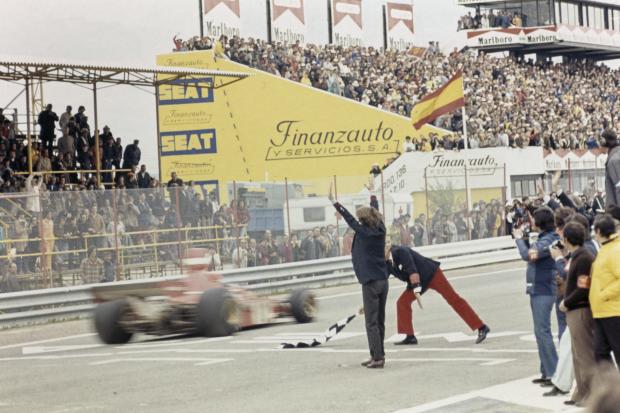 Lauda takes his first victory, at the 1974 Spanish Grand Prix

He had made his way to F1 alone, despite his family’s relative wealth. It was more than that, in fact, for he got there against the wishes of his family and even overcame the obstacles placed in his way by his grandfather, who was on a bank’s board and insisted it refused his loan.

He had earlier competed in club racing events and shown promise in sports cars, and an invitation onto the starting grid of his home round of the world championship came his way in 1971 and placed him in front of the right people.

A loan from a rival bank later and he was in F1 and F2 with March, winning the 1972 British F2 title against names such as Ronnie Peterson, Jody Scheckter and, of course, James Hunt. He finished fifth in the fiercely competitive European championship.

By 1974, having bluffed his way into a BRM drive the year before and won ’73’s Nürburgring 24 Hours with Alpina, he was a fully paid-up driver at Ferrari and a Grand Prix winner by July.

It was his impressive Monaco Grand Prix performance that had caught Enzo’s eye, as Lauda’s BRM led round Jacky Ickx’s Ferrari until the former’s gearbox gave up.

Within 18 months of his first win at Jarama in 1974 he was the 1975 F1 World Drivers’ Champion, dominating with five wins. 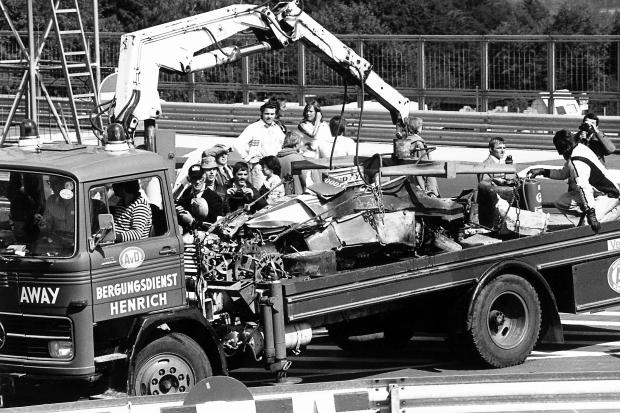 He’s most remembered, certainly outside F1, for what happened in Germany in 1976. The championship leader with five wins from nine races, he raised doubts about the circuit’s safety and suitability for F1 cars before the race, only to be outvoted. His protestations looked only too prescient when his life was in the balance after crashing at Bergwerk.

When F1, and of course Ferrari, went to Monza, Lauda was insistent he was ready to return and to reclaim the seat that had so quickly and unceremoniously been offered to Carlos Reutemann. The Austrian finished a remarkable and rapturous fourth.

Even more remarkably, he went to the final round at Fuji leading the race for the title against Hunt. It was a mark of the man that he forwent his back-to-back world title when he pulled into the pits and out of the atrocious, dangerous conditions.

His second world championship eventually came a year later in 1977 as he won three races for Ferrari – one fewer than Mario Andretti and the same number as two other drivers – only to jump ship to Bernie Ecclestone’s Brabham and then completely out of F1 to run his own airline.

Before that, though, he has also beaten his contemporaries in the identical cars of Procar, the big-prize-money BMW M1-based series for Grand Prix drivers and stars of the future in 1979.

He famously remarked at the end of that season, during practice for the Canadian Grand Prix, that he was “fed up driving round in stupid circles”.

That proved true for a few years, at least, until Ron Dennis came calling for the 1982 season. Signing for a huge fee, Lauda two years later taught Alain Prost a lesson he would never forget and won the 1984 title by consistency – and by just half a point.

This time he really was done, walking away from the sport – as a driver at least – in 1985 to concentrate again on business in the skies.

He later became a familiar sight and voice in the paddock, running the ill-fated Ford-owned Jaguar team and joining Mercedes a decade later. There he has helped to shape it into the dominant prospect it is today, a formidable, unrelenting force not unlike the man himself.

Truly, one of a kind.

Niki Lauda: a life in pictures

The 10 greatest Ferrari drivers ever