PROMOTED: How Starter Motor is introducing a new generation to classics

By John Mayhead for Hagerty Insurance UK
Sponsored
| 15 May 2019 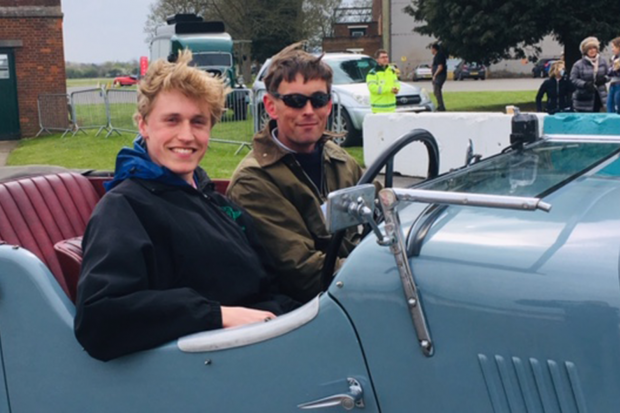 One of McKeel Hagerty’s drivers (if you excuse the pun) is to promote the love of motoring through to the younger generations, so it is not surprising that Hagerty is heavily involved in supporting Starter Motor, a new charity aimed at introducing young people to classics.

The first event was a Young Drivers’ Day on 14 April 2019 at Bicester Heritage, in association with the Alvis Owners’ Club. The latter were very well represented, with a total of 25 classics taking youngsters on passenger rides.

Twenty young people aged between 12 and 18 attended. They were shown around the Heritage Skills Academy and introduced to the onsite apprentices, then each navigated around a 10-mile course organised by HERO. Finally, they were all given tank rides, courtesy of SWB Motorsport.

The day was a huge success, as those who attended told us. Oliver, aged 18, comes from a family of enthusiasts but had never really experienced driving in a classic. He was taken out in a 1934 Alvis Speed 20.

“I found it terrifying as the pedals are different from my learner car. The centre pedal was the throttle and the right pedal was the break, which initially was a bit confusing but I got used to it and found the experience absolutely exhilarating,” he said.

“During the passenger ride I found it literally breathtaking as this classic is an open-top car with no windscreen! Today was really special and I would much rather have a lovely old classic, because they are so much cooler to have in the garage and take out on a hot summer’s day.”

Kelsey, aged 17, who had never been in a classic car before, said, “I have a Ford Fiesta that I drive to college, but you can really feel more in this car [the Alvis]. It was the most fantastic experience and given the choice between my Fiesta or a classic, I would choose a classic every time!”

Malcolm Kindell, AOC board representative, told us, “Today has surpassed all expectations.  The Club have been so well represented and the tanks and the driving experiences were terrific for all the participants.”

Marcus Atkinson from Hagerty said, “Our first youth driving experience has been a real success.  Much of this is down to the teamwork of Hagerty, the Alvis Owner Club and Bicester Heritage.

“This initiative is so important for our community that we were delighted to have received such positive feedback from the next generation and look forward to hosting our second event on 13 July at Gaydon.”

This unassuming Austin-Healey 100 is a pioneering privateer

The Aston Martin DB5 is back

Also in my garage: classics on road and track