Don’t buy that, buy this: Hillman Imp vs Mini 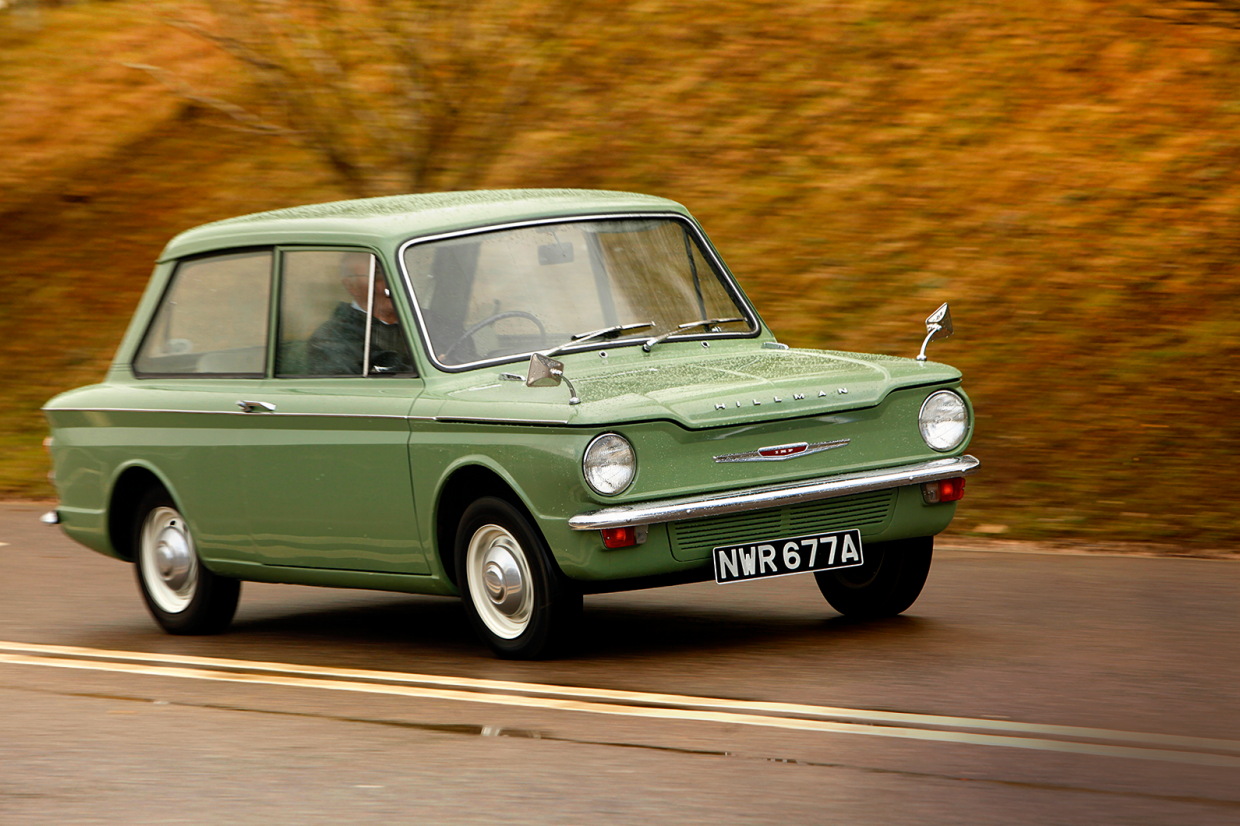 The Hillman Imp is not a ‘better’ car than a Mini – and certainly not as significant – but it is just as interesting and, best of all, comes a lot cheaper than the BMC marvel.

I had one as my first car, donated to me by my gran years before I could legally drive.

It was an early ’70s Husky, the estate version and the latest in a succession of cheap runabout cars my granny had owned since learning to drive late in life; she started out with an early Austin Se7en Mini, followed that with a Triumph Herald and (post Husky) was moving on to a Morris 1100 Traveller. I suspect each car was dispatched after an MoT failure.

I sold the Husky for £30 and didn’t think much about it until 20 years later, when I encountered a man with a full set of every Imp variant: van, Chamois coupé, Singers and all the others.

I wrote a story about him that got picked up by a woman’s magazine in which he got voted ‘Britain’s Most Boring Husband’ – a feat of which he was quietly proud, I think. 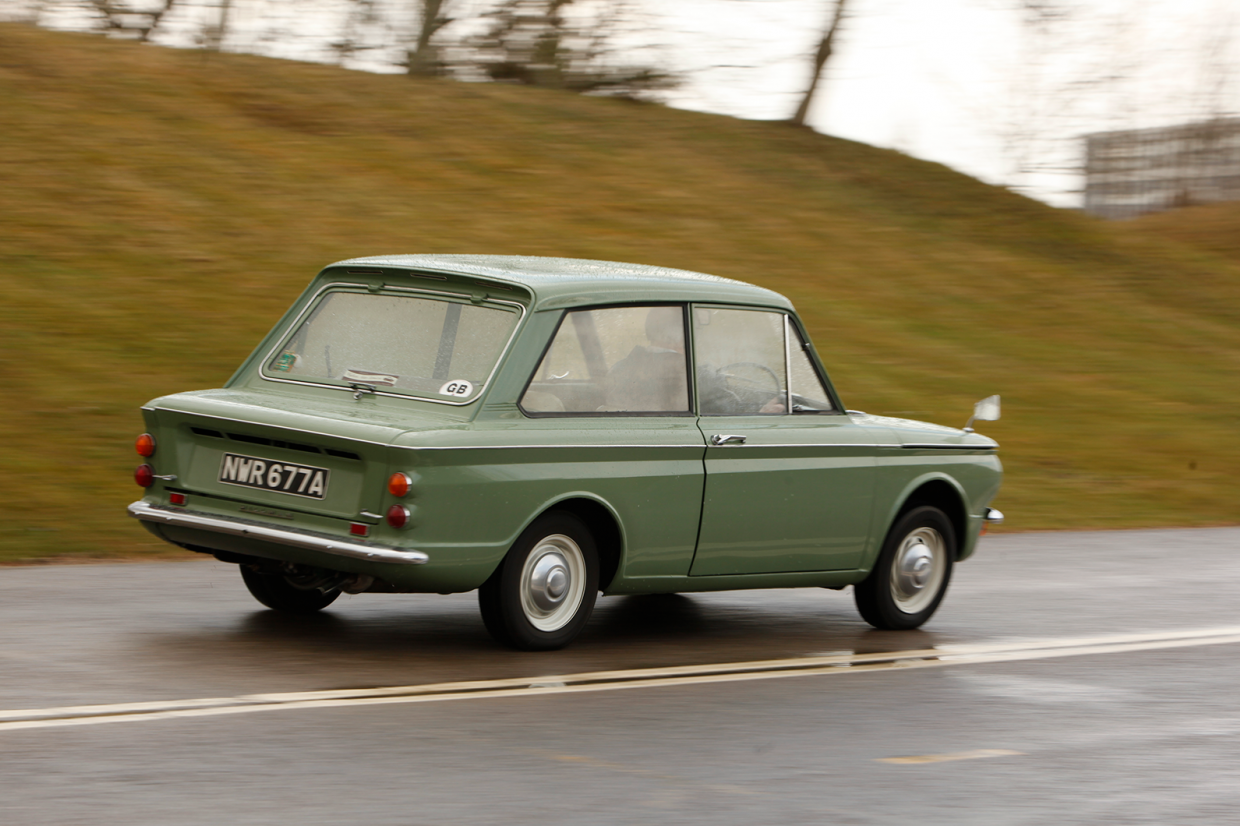 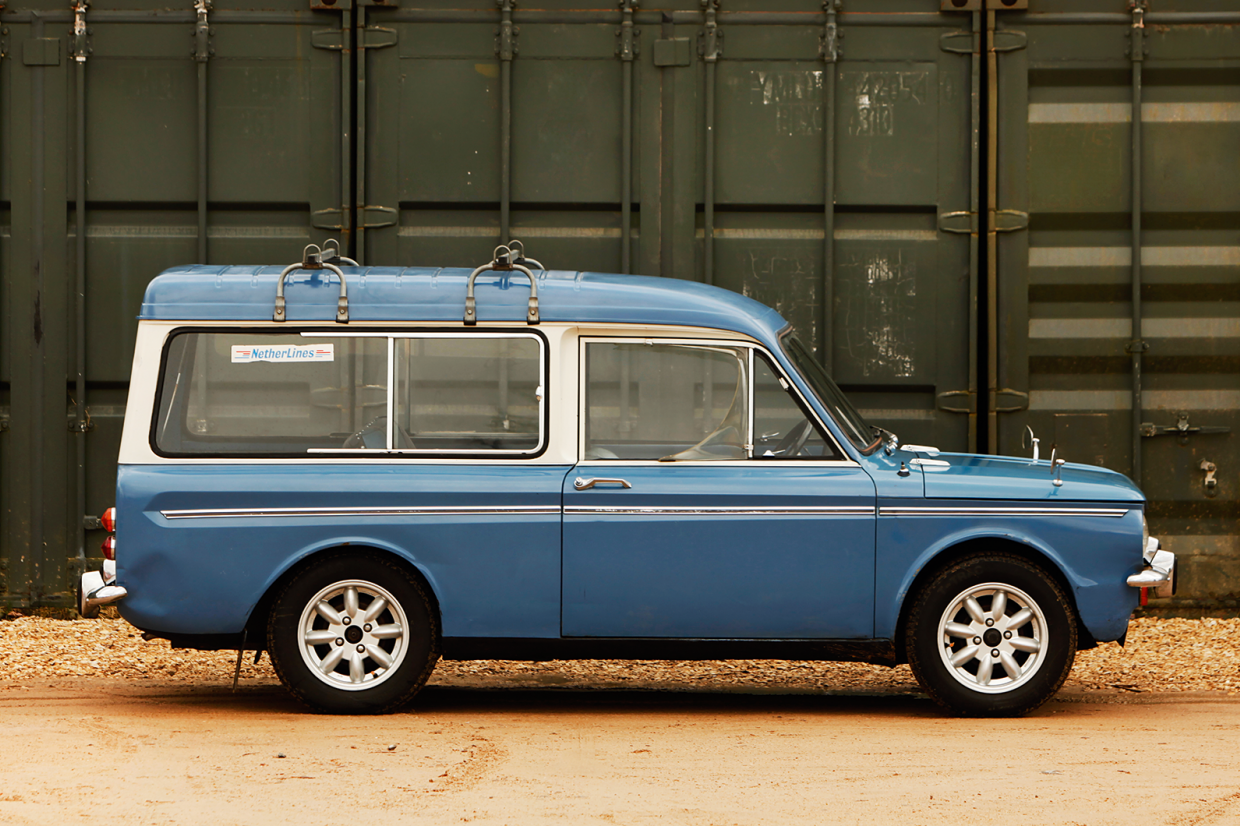 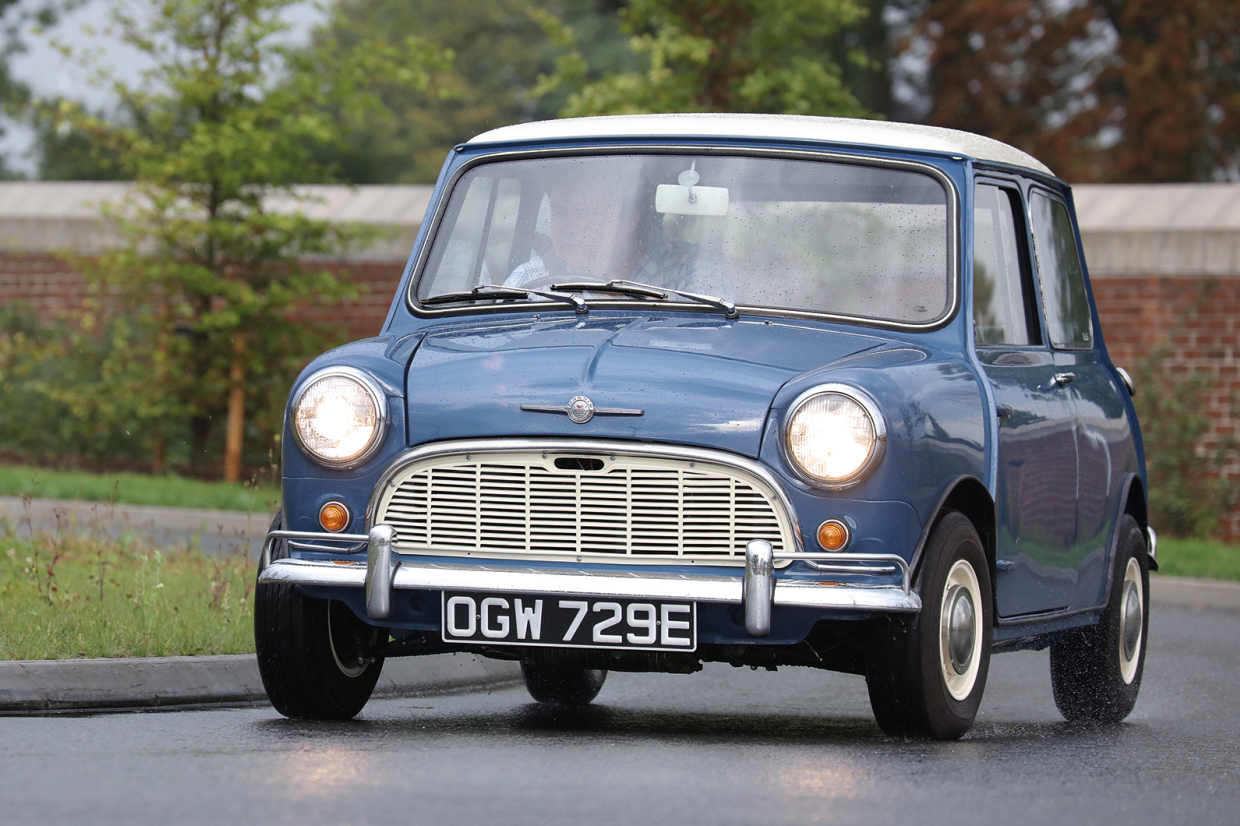 The Imp certainly isn’t a boring car. Neatly styled in the ‘mini Corvair’ school that was the fashion of the early ’60s, it was as un-Rootes-Group-like a product as it was possible to be.

Its nifty handling and all-alloy rear-mounted Coventry Climax engine clearly made it over-qualified for its shopping-car tasks, and it boasted far greater levels of refinement than the Mini, both in terms of its ride but also with interior features such as wind-down windows. The opening rear window even qualified it as an early form of hatchback.

The choice of a rear engine seems out of step with the emerging fashion for front-wheel drive that the Mini pioneered, but the decision was taken on the basis of the high cost of CV joints required to make front-drive work.

Not that BMC bosses had any reason to feel smug: they were losing money on the Issigonis-designed Mini. It was no coincidence that profit-motivated Ford stayed out of the small car business in the ’60s because the margins were so thin. 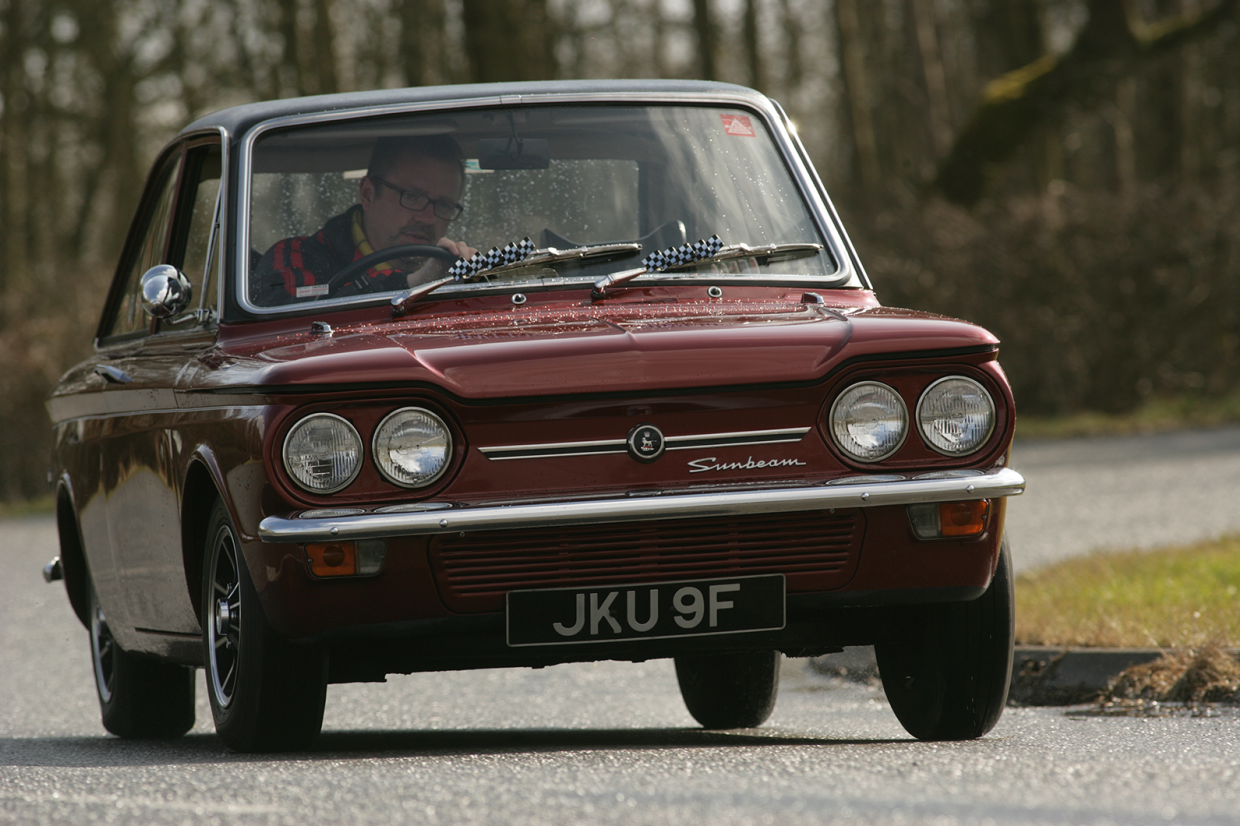 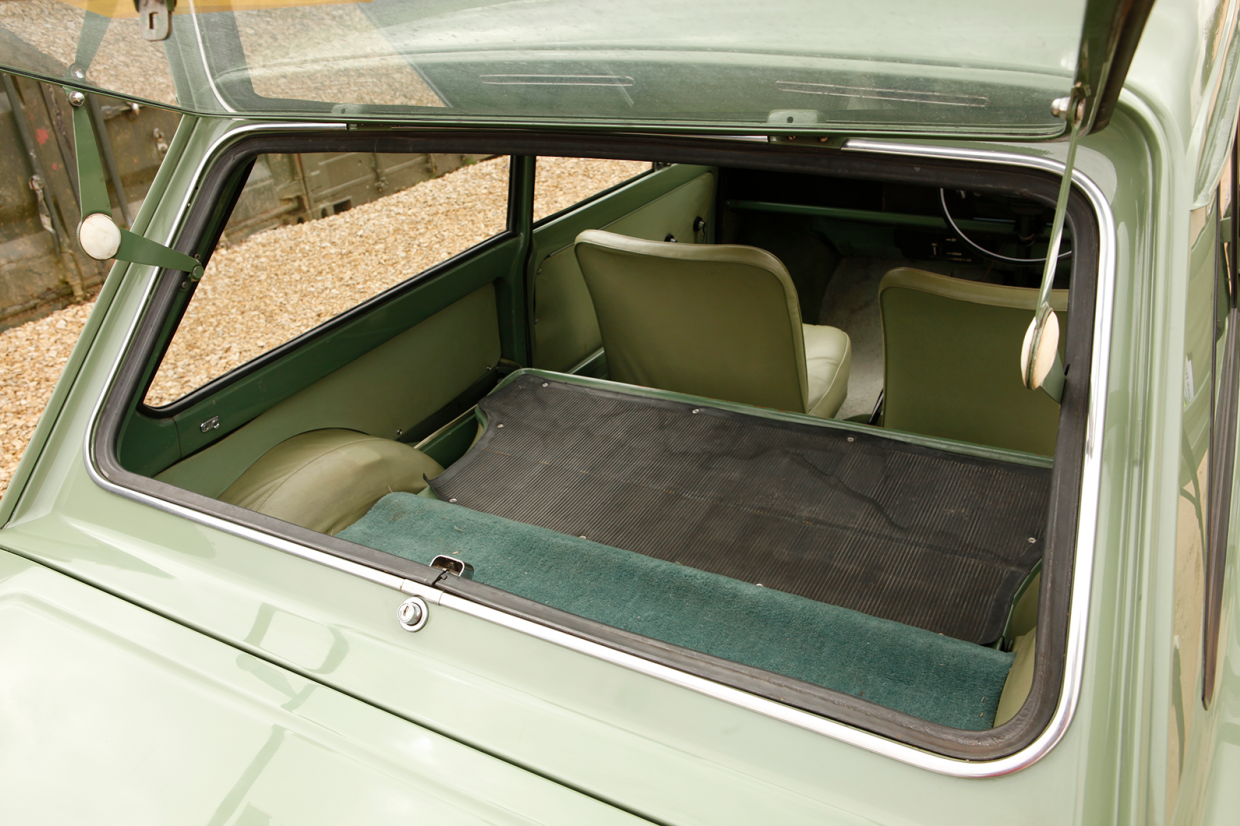 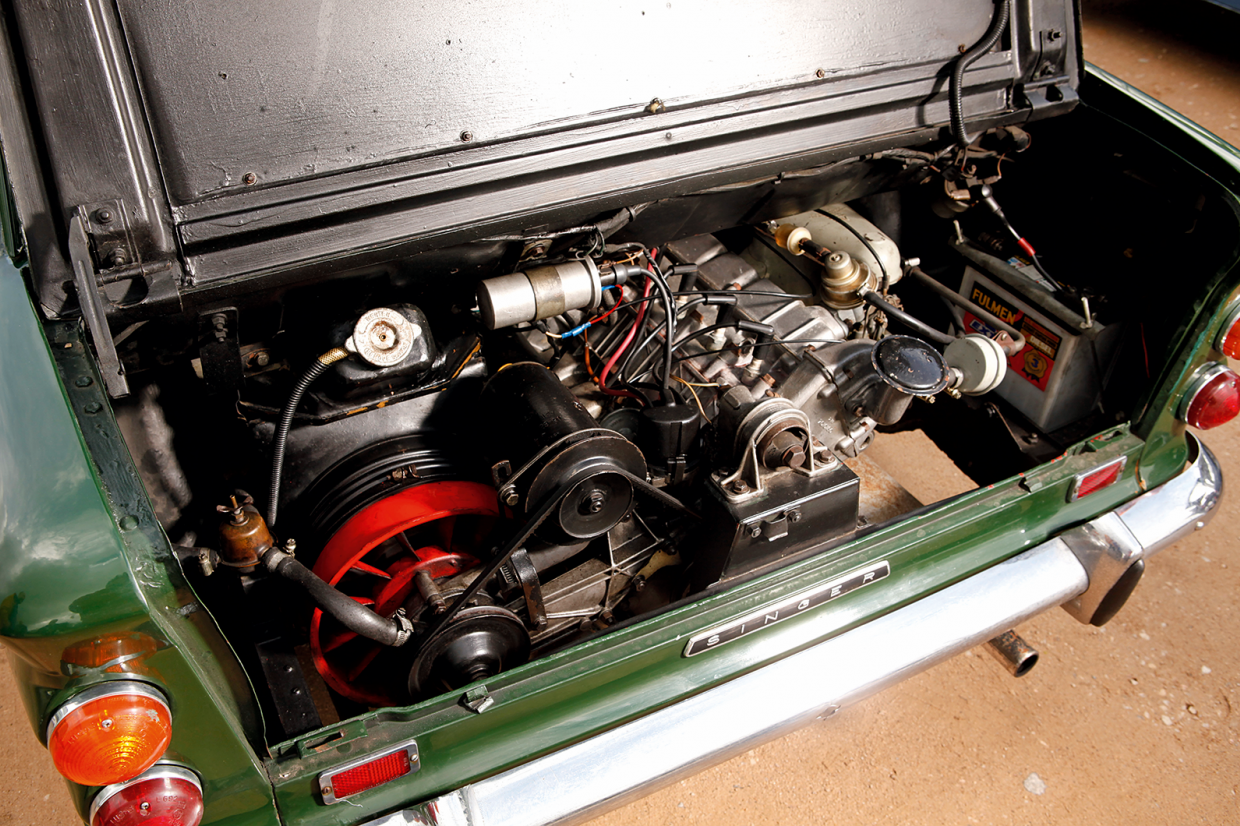 Designed by Tim Fry and Mike Parkes – later a Ferrari works driver and development engineer – the story of the Imp is one of misplaced confidence in an all-new design built in an all-new Scottish factory by an unskilled and politically difficult workforce located hundreds of miles from the UK’s motor industry heartland, so as to attract government subsidies.

The consequences of bringing the Imp to market before it was ready in 1963 was a reputation for poor reliability that it could never quite shake off.

Yet the Hillman Imp (and its Singer/Sunbeam derivatives) has always had a loyal following among those who recognise its driver appeal and interesting engineering, even if it lacks the Swinging Sixties image of the Mini or its subversive appeal; presumably the Imp was never on the producers’ radar when they were looking for getaway vehicles in The Italian Job, for instance.

Then again, the Imp gets brownie points for being the car of choice of the ex CIA agent McGill in one of my all time favourite ’60s TV series, Man in a Suitcase.

Alright, so broad-shouldered American actor Richard Bradford looked somewhat ill-at-ease in the Euro runabout, yet it suited the character’s need for a vehicle that didn’t attract attention. 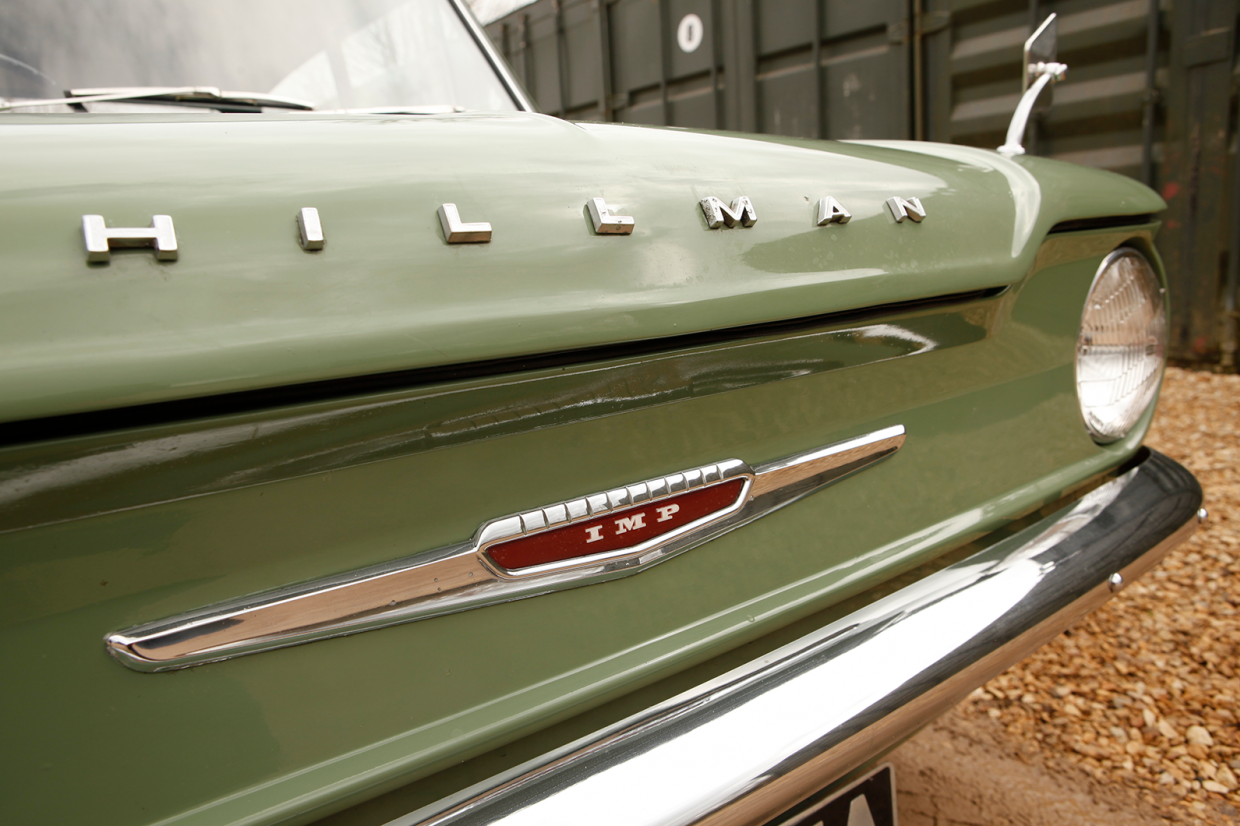 I suppose it was a slightly more grown-up vehicle: gentler and more suburban than the Mini. Yet the Imp still had a very respectable reputation in racing, rallying and hill climbing, with vast tuning potential in its overhead camshaft engine that the works never really exploited.

A cheeky car with underdog appeal, the Imp has come a long way since I made my first profit on one in the early ’80s: good ones are anything from £4000 to well over £8000 these days.

My favourite classic car sales website only lists eight for sale, so they’re much rarer than the Mini, as well as being less than half the price. In fact, I’m just off to have a look at one in Wales…

Don’t buy that, buy this: Peugeot 504 vs Mercedes Pagoda

Don’t buy that, buy this: Jaguar E-type vs Marcos 3-Litre 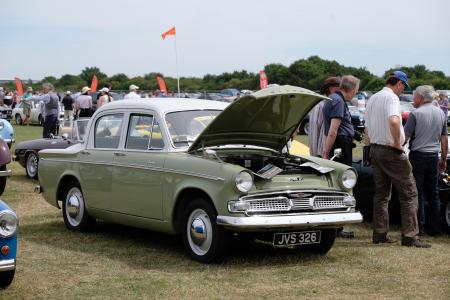