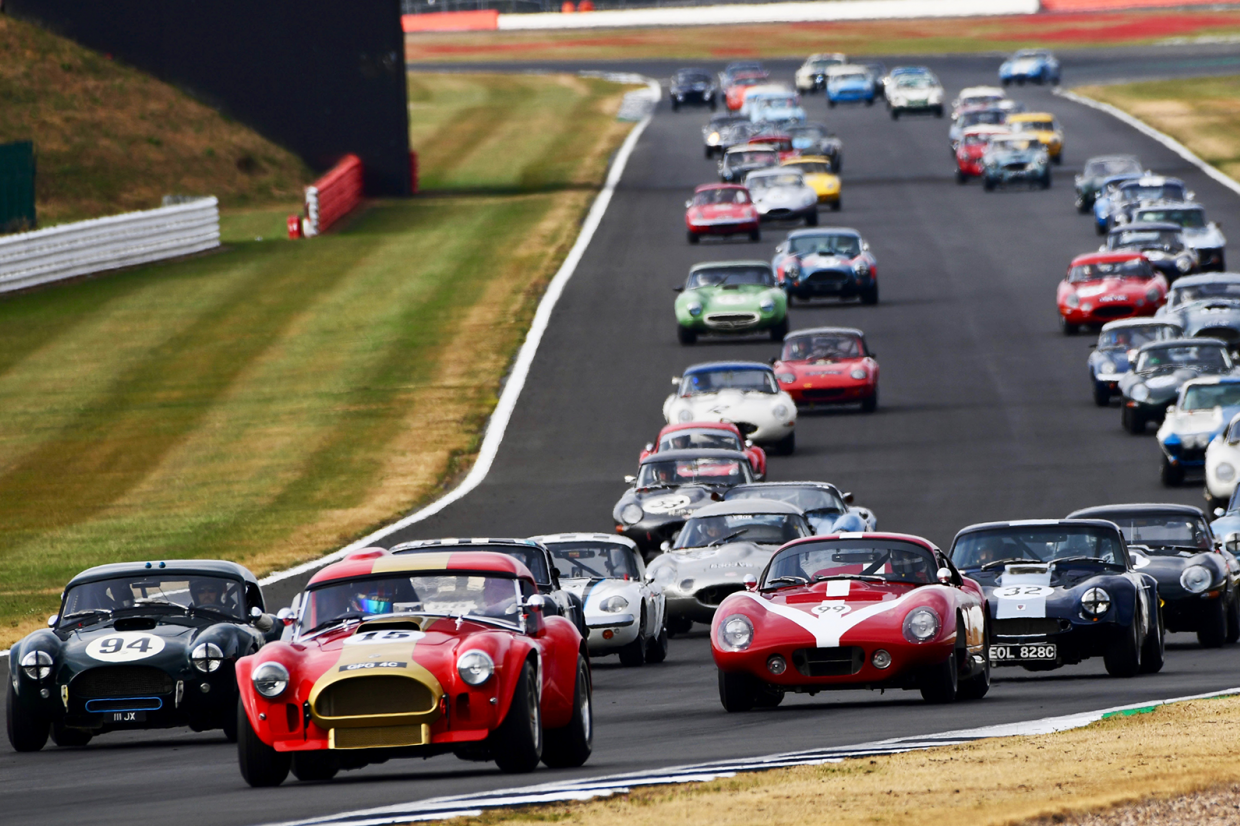 Even if you can’t travel to the UK for The Classic at Silverstone this weekend, for the first time in the event’s 30-year history, it will be streamed live online.

The festival previously known as the Silverstone Classic takes over the Northamptonshire circuit from Friday 30 July until Sunday 1 August.

Viewers will be able to watch the action as it happens, or catch up at a later date, on the event’s YouTube channel – and you can check out the preview below.

Also for the first time, two highlights programmes, hosted by Tiff Needell and Nicki Shields, will be broadcast in the UK on ITV4, at 8pm on Wednesday 11 and Thursday 12 August, with repeats on Sunday 15 and Sunday 29 August.

The 60th anniversary of the Mini Cooper will be marked by a pair of races, plus a 45-minute encounter for Jaguar E-types will celebrate that model’s 60th. Elsewhere, the Masters Historic Formula One entrants will race twice for the Murray Walker Memorial Trophy, in tribute to ‘the voice of Formula One’, who died on 13 March 2021.

“There’s nothing to rival actually being at The Classic of course,” said Nick Wigley, CEO of The Classic promoter Goose Live Events, “but, with all 21 retro races streamed live interspersed with all the magical car club parades and some of the off-track highlights, the new YouTube coverage will be the next best thing.”

All tickets to The Classic must be purchased in advance and are on sale until midnight today (Thursday 29 July).