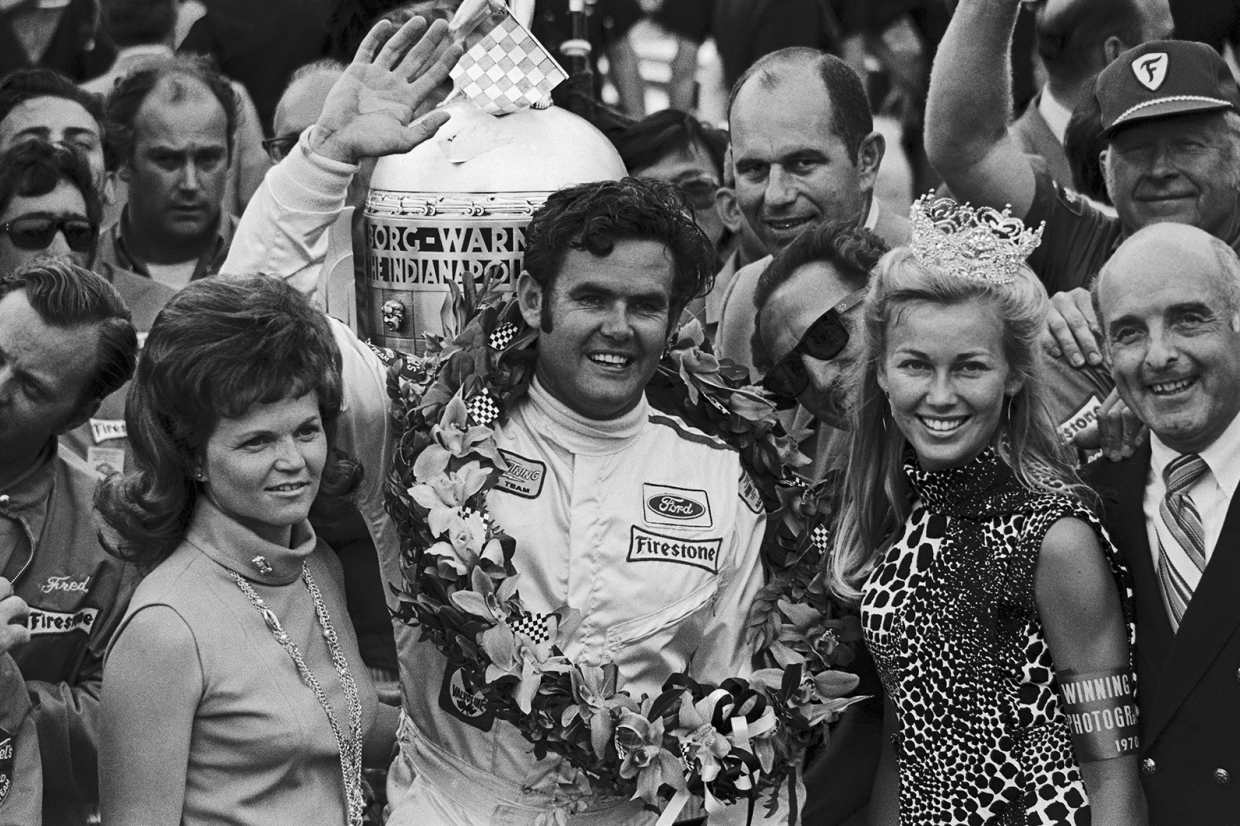 Born in Albuquerque, New Mexico, he was the youngest of four brothers, all of whom were racers, despite the fact that Jerry, the oldest and the first of the family to drive at Indianapolis, was killed during practice for the 1959 Indy 500, at the age of just 26. 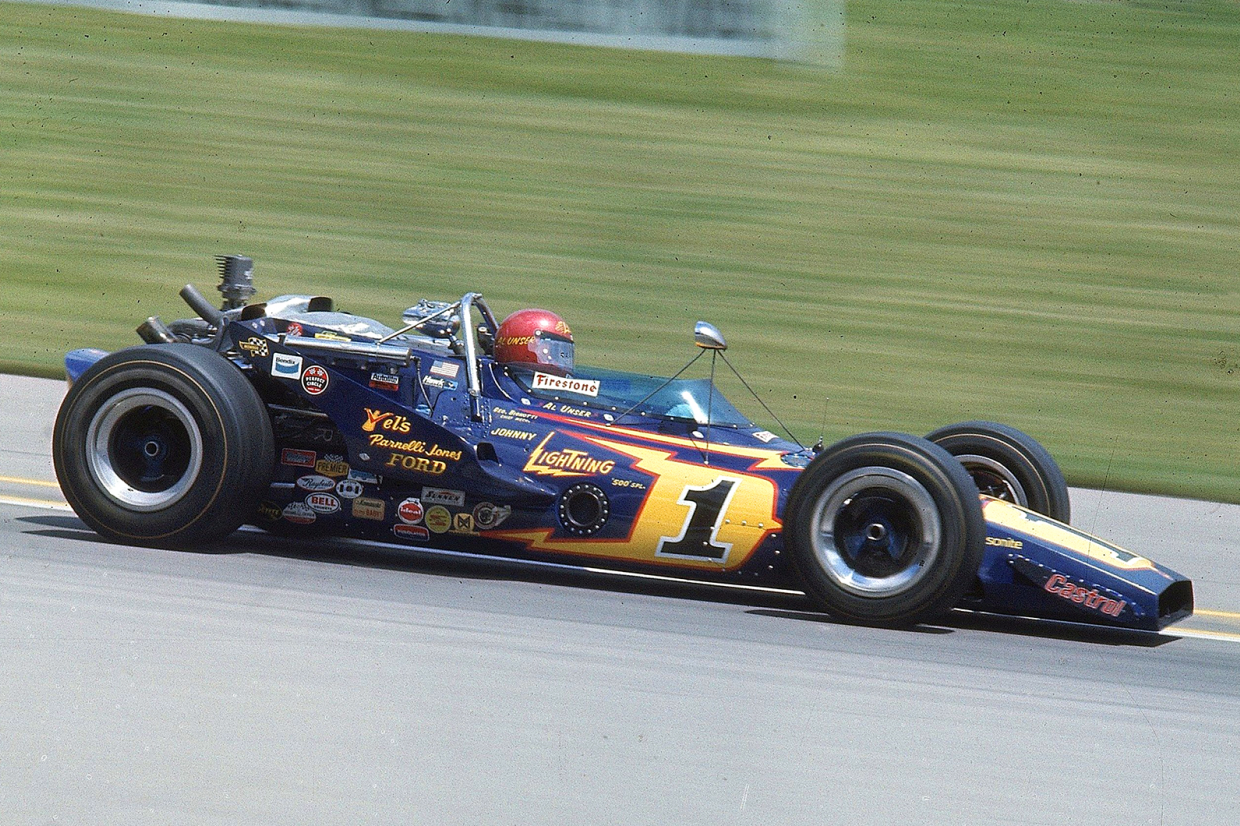 Al Unser Snr on 29 May 1971, en route to his second consecutive Indianapolis 500 win

The first of Al’s Indy 500 wins came in 1970, for Vel's Parnelli Jones Racing, and when driver and team repeated that feat 12 months later, Al became just the fourth-ever racer to win the Indy 500 back-to-back – and he did so on his 32nd birthday.

“Al is probably the best race driver ever to get in a car and make it work,” said team founder Parnelli Jones. “He knew how to win. For a car owner, you cannot ask for a better race driver. Very, very talented, and he knew how to go fast and he just knew how to put it all together.”

Al’s Indy 500 win number three in 1978 was the first for the Cosworth DFX V8 engine and the first of 10 consecutive Indy 500 triumphs for the British engine manufacturer, the last of which was again with Al at the wheel, when, as a last-minute stand-in at Penske for the injured Danny Ongais, he charged to his fourth victory.

He’s one of just four drivers to have won this great race four times, the others being Rick Mears, AJ Foyt and, joining this exclusive club earlier this year, Hélio Castroneves.

In addition, when Al crossed the famous bricks first aged 47 in 1987, he became the oldest-ever winner. He has also led more laps there than anyone else, at 644. 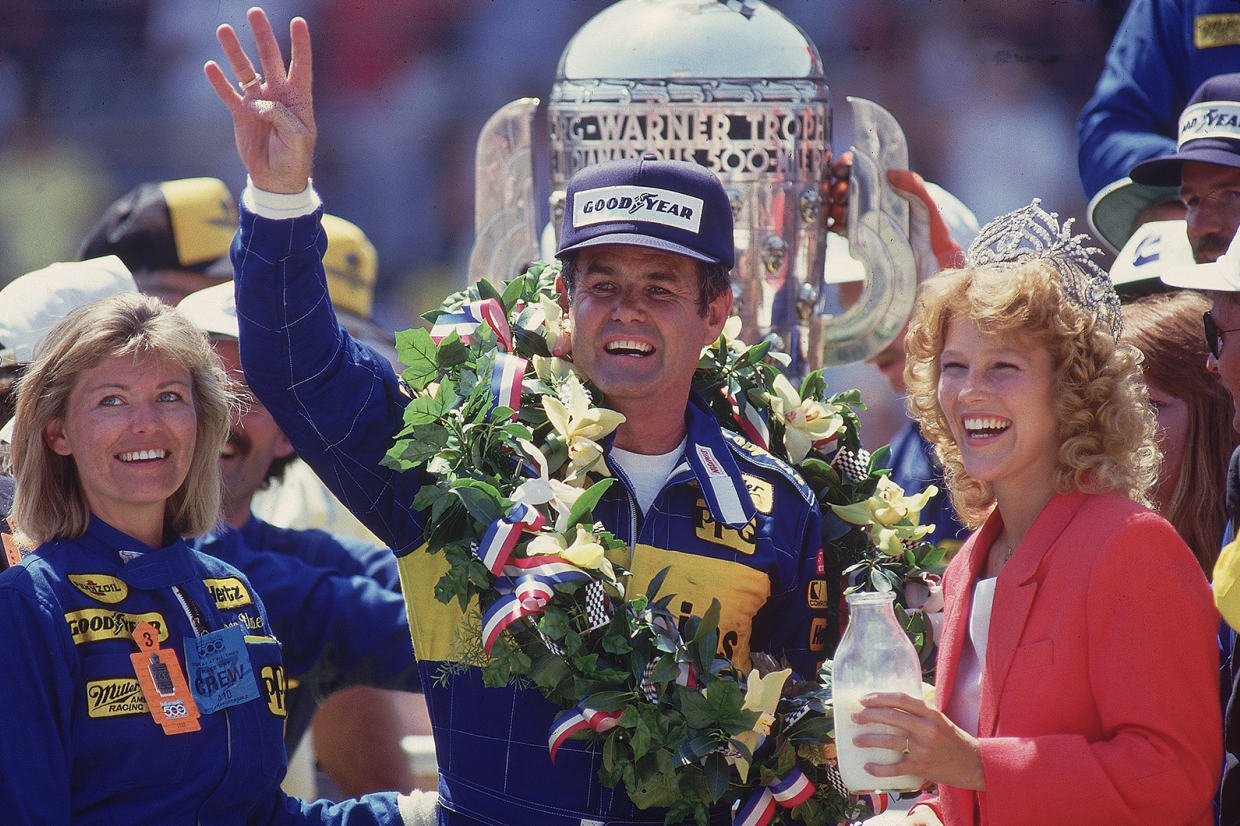 His record fourth Indy 500 victory came, rather unexpectedly, in 1987

“It’s just the greatest feeling you can ever imagine,” Al said of winning the Indy 500. “You’ve accomplished something that you have dreamed about, of just being at Indianapolis, and all of a sudden there you are, you have won the race, you’ve beaten the very best there is.”

Mario Andretti has described him as: “Very polished, one of the smartest race drivers as far as racecraft that I’ve ever known.”