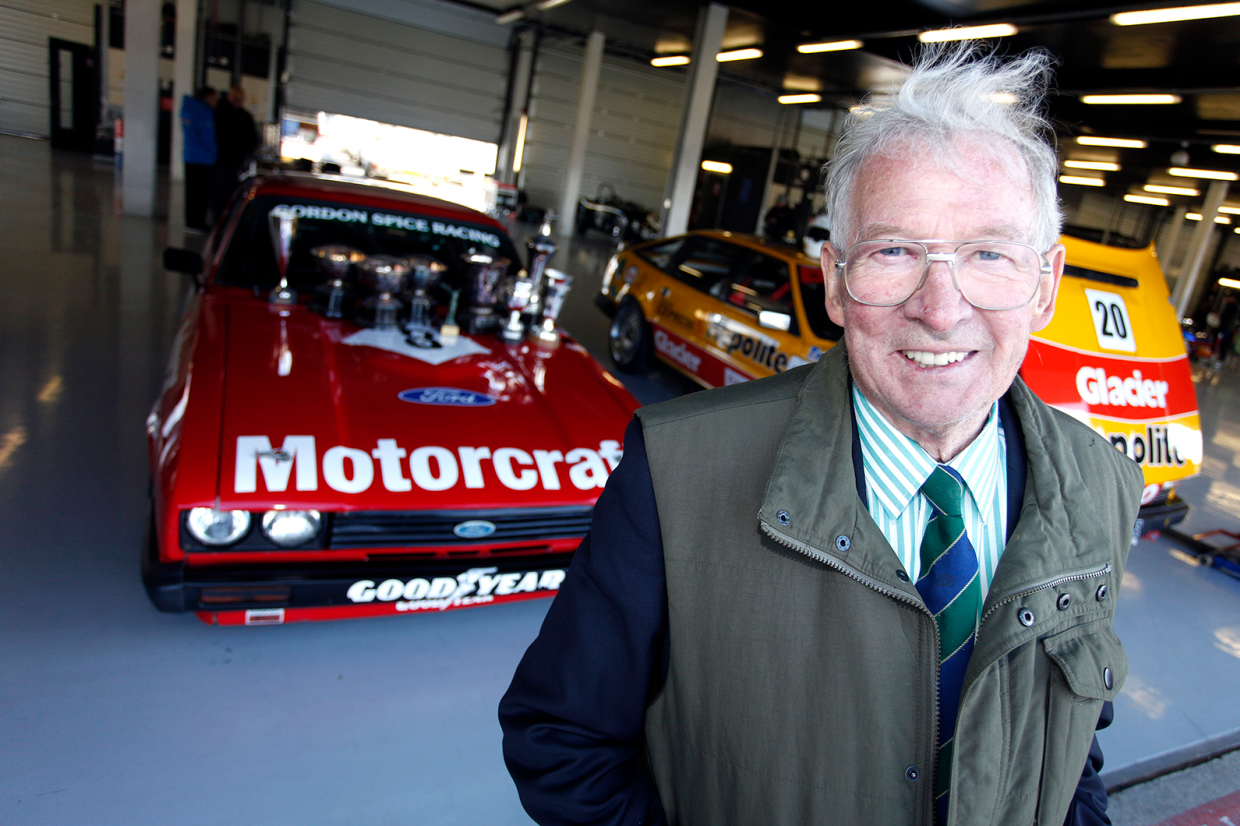 Gordon Spice, the most successful Ford Capri racer of all time, died on 10 September at the age of 81, from cancer.

Born in Enfield, London, on 18 April 1940, he was christened Gordon Edward George Spice, then later found out he was registered George Gordon Spice, but it was Gordon that stuck and it was a name that in a 23-year professional driving career became one to reckon with.

Spice claimed class honours in the British Saloon Car Championship for six consecutive seasons from 1975, with 26 wins from ’75 to ’82 (although one was later chalked off for what he described as “post-race hassles”). 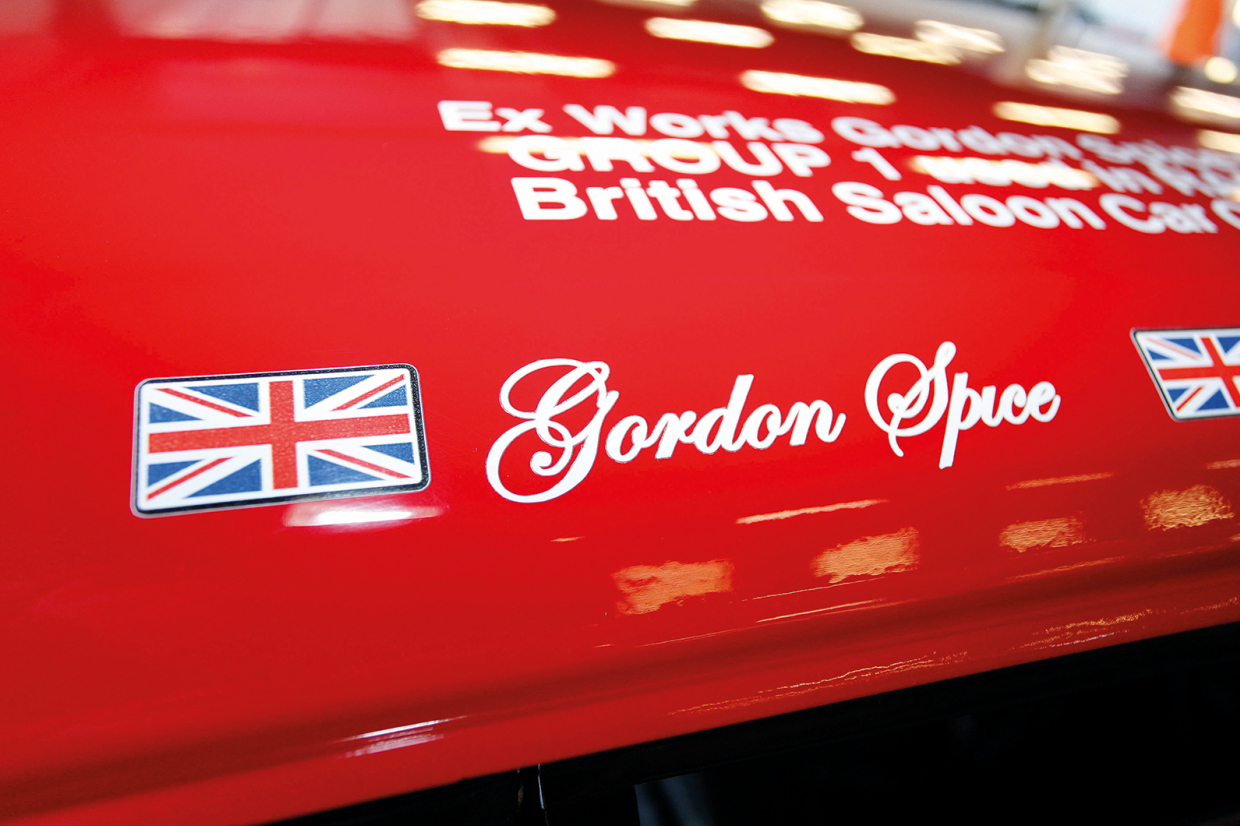 He applied for his provisional competition licence in 1962 and his first race was a five-lap sports-car handicap at Goodwood in an MG TF1500, but two laps into practice a blown head gasket stopped play. Indeed, out of the five races he entered that year, he failed to start three and didn’t finish the other two.

This left him disappointed, but also broke, which fired him into action – if he was going to race, he needed to earn.

He saw an ad in the classifieds which led to a one-day training course as a door-to-door salesman for Encyclopaedia Britannica, a role in which he excelled and threw himself into.

He conceded in his autobiography, Life of Spice, that after three months he was burnt out, but in that time he’d saved £5000, more than enough to buy a racing car and run it for a season.

He bought a Lawrencetune Morgan +4 in February 1963 and raced it 11 times that year, scoring a pole at a BRSCC meeting at Brands Hatch on Boxing Day, although he wrote it off at Goodwood the following August. 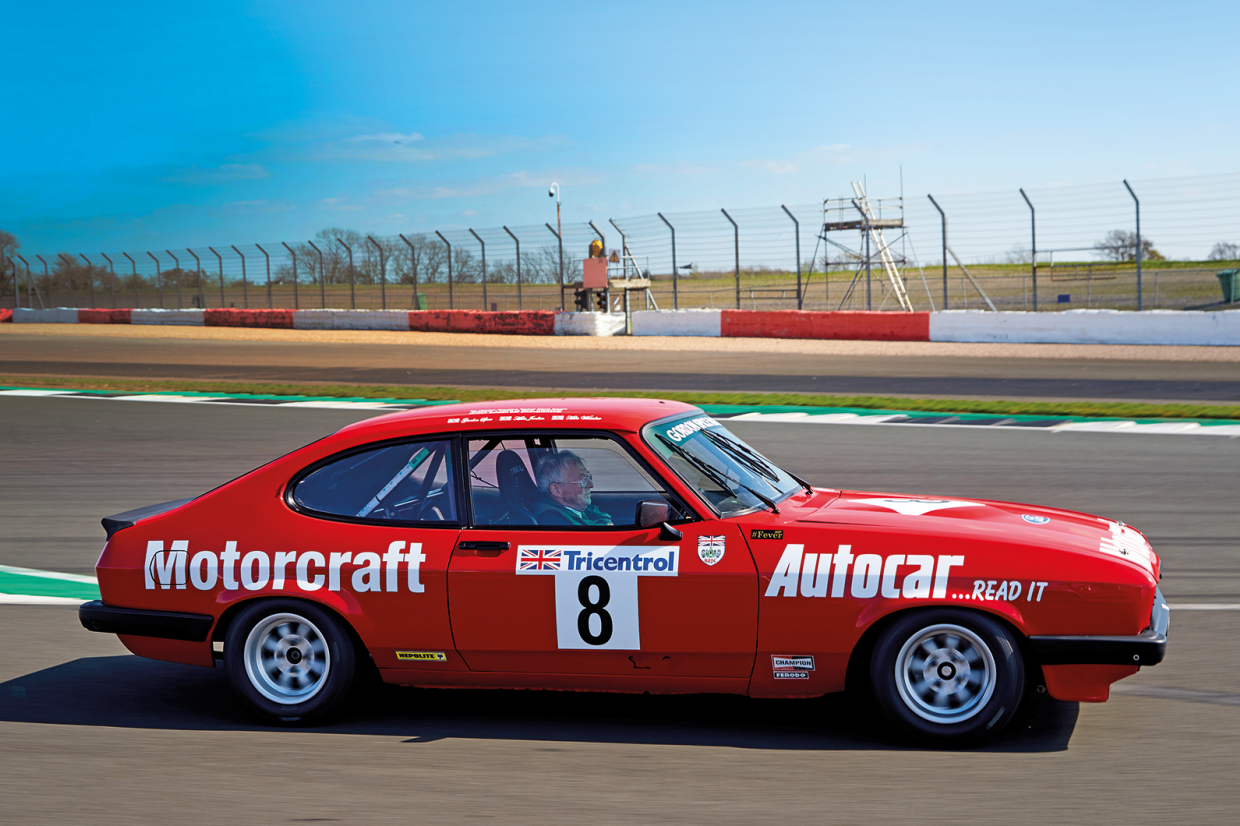 This very much set the tone for his career, his entrepreneurial flair and his talents behind the wheel existing in fine balance, as he established his booming car accessory business and, later, his own Gordon Spice Racing team.

“I always felt quite guilty about going racing,” he told Classic & Sports Car in 2019, “because I knew I should really be in the office looking at spreadsheets.

“My main objective was always to run a successful business. In fact, the racing always did contribute quite a lot to our overall profitability, which I thought sort of justified my spending time away from the office. Well, that was my excuse, anyway.”

“I was running out of money; I never had a proper budget,” he recalled to C&SC. “I thought I was going to have to retire from racing. Stan Robinson phoned me and said, ‘I’d like to go racing with our Wisharts of Crook Ford 3-litre Capri, would you be prepared to drive it?’ I said yes, and that’s where it all started.” And it was clear from the off that the car had potential. 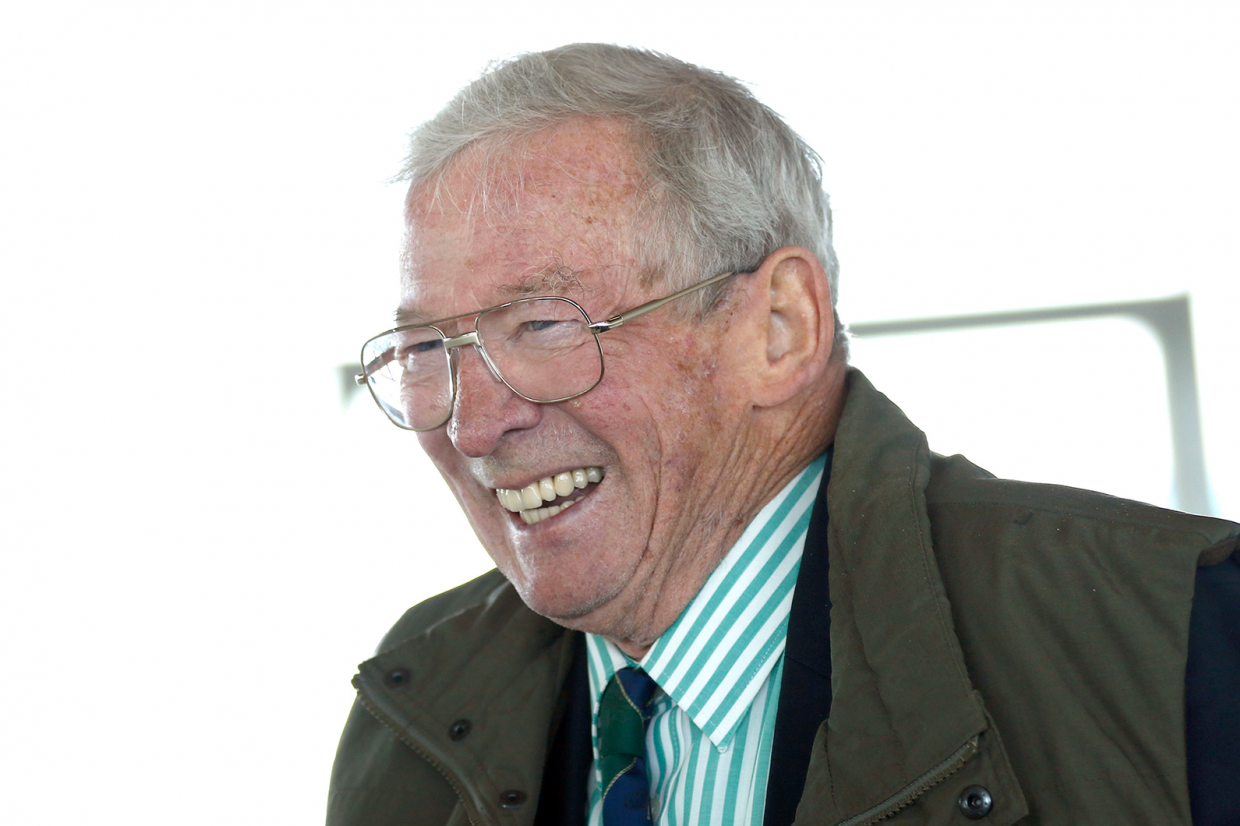 Spice was second on debut on 14 April 1973 in a Group 1 race at Ingliston and had won twice by the end of the season.

After a tough 1974, he started his 1975 BSCC campaign with a class win and third overall, and despite an F5000 crash that summer that brought his single-seater career and season to an end, he’d done enough to take class honours.

Elsewhere, Spice and Teddy Pilette took a Capri to victory in the 1978 Spa 24 Hours, and he was a two-time Le Mans podium finisher, claiming third in 1980 and 1981, both times driving a Rondeau M379, and he was a four-time class winner at La Sarthe.

Spice and Bellm did it again, winning the ’86 World Sports Prototype C2 class title, the team that year’s runners-up, before Spice and Fermin Velez were class champions in ’87, Spice Engineering retaking the team crown, a feat repeated in the 1988 C2 class in the World Endurance Championship, where Spice reunited with Bellm.

He even did a little rallying on the Tour of Britain between 1973 and ’76, where second on his first attempt in a Capri 3000 GXL, with co-driver Stan Robinson, would be his best result. 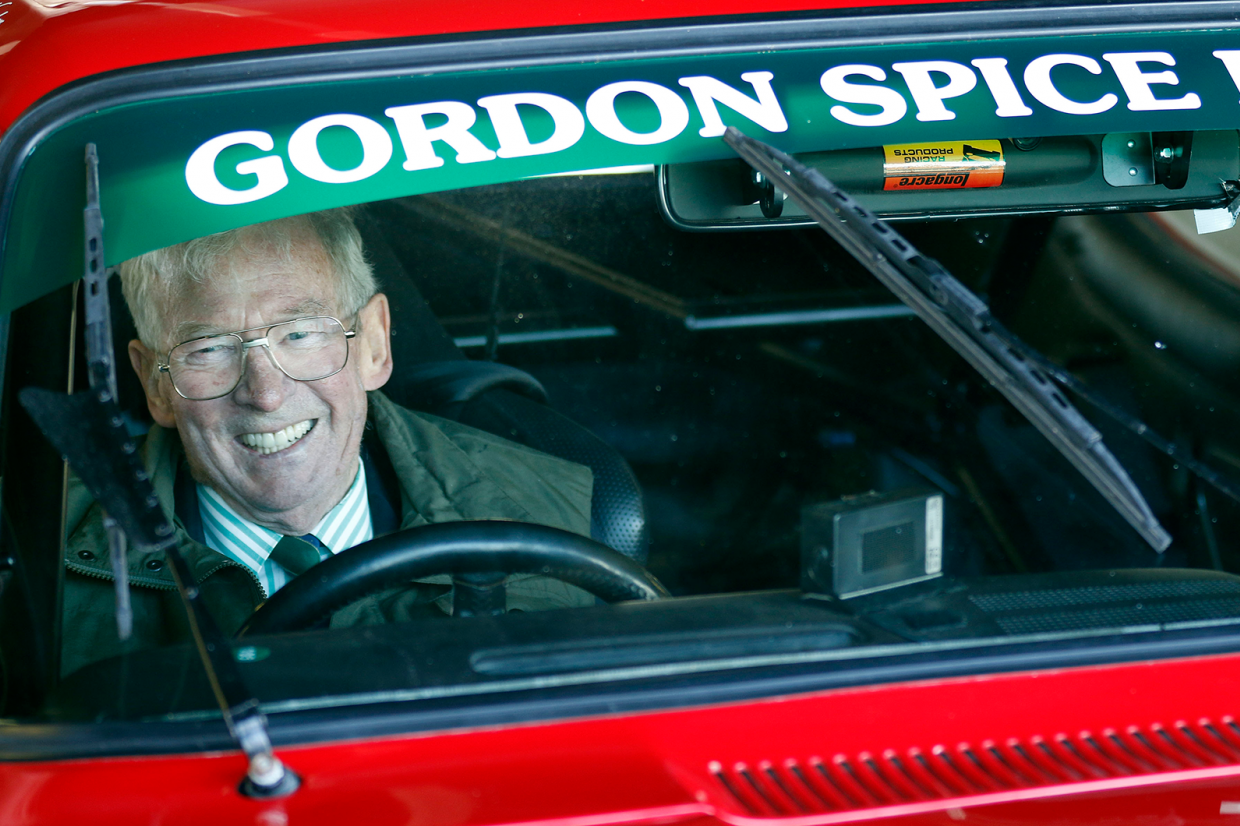 “I must’ve had a bit of talent because I was always quick, I think it’s something you’re either born with or you’re not,” he pondered in our 2019 interview. “I never went to a gym or anything like that. We used to get pissed out of our heads the night before a race.

“But we were young; you shake your head and get on with it. One of the reasons I retired was because they were talking about bringing breathalysers onto the grid, which would’ve worried me a lot!

“I’m just very lucky that I can look back on quite a successful time. I’m happy with that, I’ve made a lot of good friends on the way.”