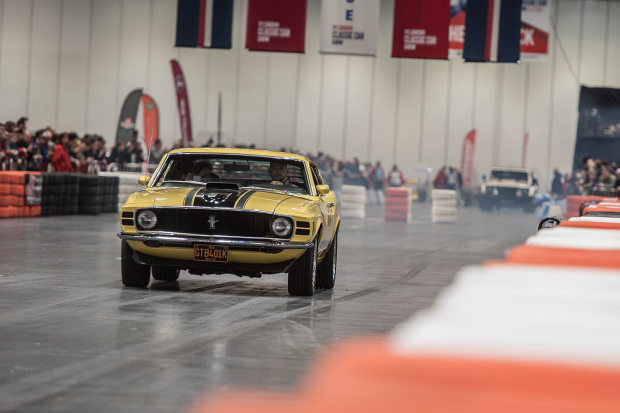 The fourth edition of The London Classic Car Show roars into life at ExCeL in Docklands this weekend, and it looks like being a cracker.

Birthday boys Citroën and Mini take centre stage, as they will at pretty much every show this year, but there are also plenty of novel attractions at the British capital’s premier classic event.

Chief among them is the Grand Avenue parade track, which will feature a host of fascinating vehicles treating fans to a raucous combination of tyre squeal and engine roar, but we’re also looking forward to an aero-engined car display curated by Edd China, a tribute to Jaguar legend Ian Callum and a rather special Coys auction.

It all kicks off with an evening preview on Thursday (14 February) and then runs throughout Friday, Saturday and Sunday (15-17). Here’s our top 10 of sights not to miss at the show. 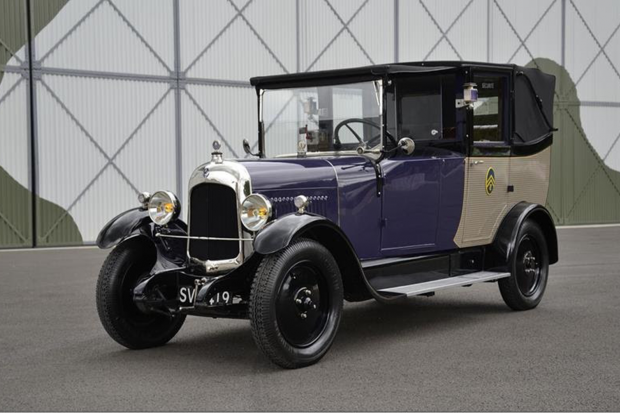 The London Classic Car Show marks the next stop on Citroën’s centenary world tour – following a triumphant turn at last week’s Rétromobile – and the French marque has brought together 10 cars for its display.

The earliest is a B12 taxi, and it’s got quite the story behind it. This specific display vehicle was found in a chicken shed in 2002 and was painstakingly restored in Kent. It’s unique in the UK, and a similarly rare sight everywhere else.

Joining it is one of the very last Traction Avants from the production line, as the outbreak of war curtailed its production in 1939, and a familiar Type H van.

No Citroën display would be complete without a 2CV, now very much an appreciating and appreciated classic. For London, Citroën has enlisted a 1964 AZAM for display, which is one of only five of its kind in the UK.

Naturally, the manufacturer is also bringing along one of the prettiest cars of all, a DS, juxtaposed with a Méhari. Expect a BX and CX, and also an SM, to be on the stand, with a new C5 Aircross bringing things right up to date. 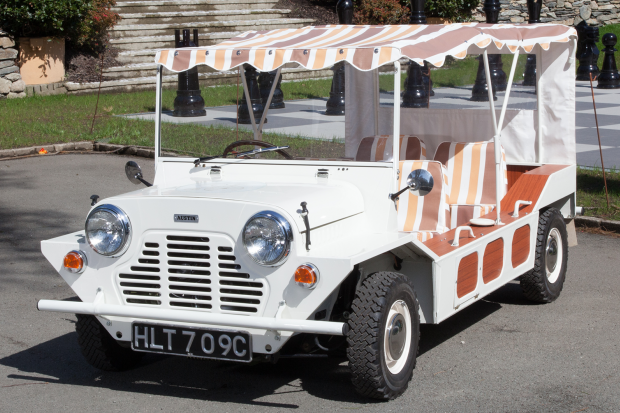 Mini Moke as seen in The Prisoner

As you’ll no doubt have heard, the world’s favourite little car turns 60 this year – and The London Classic Car Show has pulled together a special display featuring all manner of varieties and offshoots.

Among the latter are a Heinz 57 Wolseley Hornet Convertible and a unique Se7en Deluxe Vanden Plas that was commissioned by the eldest daughter of Lord Herbert Austin, Irene. A pre-production Riley Elf, as tested by Autocar in 1962, will join the celebrations, too.

Several Minis will also take to the Grand Avenue parade track, including a Mini Cooper in which John Handley tackled the Tour de France, a Britax Mk2, the Moke from ’60s TV show The Prisoner, and striking Broadspeed and Ogle coupés.

3. The Capri and Escort’s half-century celebrations 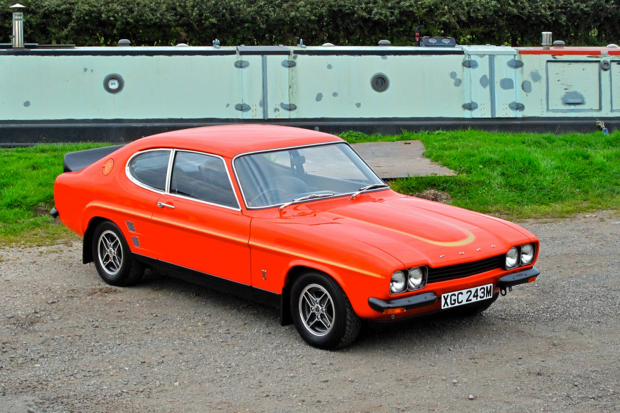 Not bored of all the anniversaries yet? Good, because we’ve got another two for you, in the form of the Ford Capri and Escort.

The British Mustang was born exactly 50 years ago, while the humble Escort celebrated its own half-century last year – and there’ll be plenty of examples of both on show at ExCel, with the Capri Mk1 and Ford AVO owners’ clubs curating a series of displays.

The stand-out looks set to be a Capri RS3100, a homologation special that was a riposte to BMW’s ‘Batmobile’ CSL in the European Touring Car Championship. Fewer than 20 survive from its run of 250.

It will be ably assisted by a series of other models from across the Capri’s production life, and on the Escort front you can expect a Twin Cam, Mexicos and RS2000. 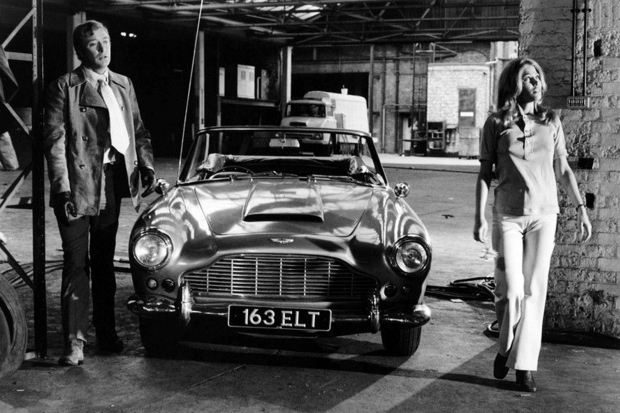 The Italian Job is one of the most famous British movies, and a large part of that success was due to the iconic cars that featured in it. With the film turning 50 this year, The London Classic Car Show is bringing together some of the most exotic four-wheeled cast members for an unmissable display.

Unfortunately, the red, white and blue Minis used in it no longer exist – or at least their whereabouts are unknown – so replicas will instead take their place. However, the film’s Aston Martin DB4 and pair of Jaguar E-types will be present.

The DB4’s appearance might be something of a surprise, given that in the film it was tipped over a cliff by a bulldozer, but in reality it was swapped for a Lancia Flaminia for that scene, and so survived to take its place at ExCeL.

As well as the replica Minis, there’ll be recreations of the Lamborghini Miura, OM Furgonato Sicurezza ‘Bullion’ Van and Harrington Legionnaire coach – the original having been scrapped after returning to its day job following its brief appearance on the silver screen. 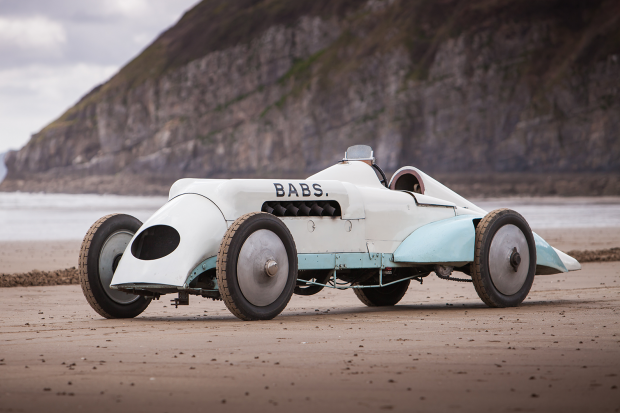 ‘Babs’ broke the land-speed record in the 1920s

TV presenter Edd China has been put in charge of bringing together a group of aero-engined monsters, and he’s found a fine collection.

Possibly the best known is ‘Babs’, the ex-Count Louis Zborowski car also known as ‘Chitty 4’ that John Parry-Thomas took to two land-speed records in the 1920s at Pendine Sands.

Tragedy later struck when the car overturned as Parry-Thomas attempted to reclaim the record from Malcolm Campbell, killing its driver. Later buried in the beach, it was dug out in 1969, restored and displayed at Pendine’s Museum of Speed. 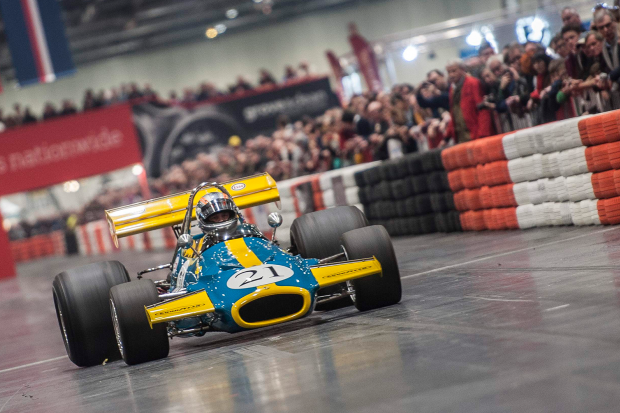 The Grand Avenue forms the centrepiece of the show

The moving motor show of The London Classic Car Show is one of the features that sets it apart from many of its rivals, with the Grand Avenue parade track bisecting the main hall – and delighting visitors’ eardrums.

As a result, you’ll not only be able to pore over many of the most interesting cars, but also enjoy them parading loudly up and down.

So, what will you get to see? Well, Bentley’s centenary will be marked by a parade of Crewe’s finest, while an XJR-15, XJ220, D-type and numerous other Jaguars will also power through.

The 40-minute parades run three times each day, at 11am, 1pm and 4pm (3pm on Sunday). And, in a first for the show, spots in the grandstand can also be bought, guaranteeing you the best seats in the house. 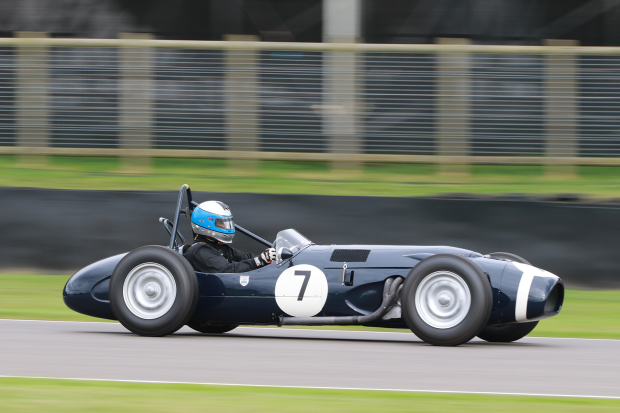 The Ferguson P99 has a fascinating history

As announced previously on these pages, The London Classic Car Show will celebrate ground breakers – and there’ll certainly be plenty of them in evidence at ExCel.

The Ferguson P99 – a car once raced by Stirling Moss and also the first four-wheel-drive Grand Prix entrant – will lead the moving display up Grand Avenue, followed by the ‘first’ Bentley. The first car built to exactly how WO wanted it, that is: the 1914 DFP 12/40hp 2-litre Tourist Trophy Speed Model. Raced by WO himself, it claimed sixth in the 1914 Isle of Man TT.

The Prince Henry Vauxhall, thought to be the dawn of the sports car, and the UK’s first Ferrari, the stunning 1949 166 Superleggera, will also be among the rarefied collection. One of the earliest production V8s, the 1918 Cadillac Type 57 Tourer, will be on hand, so too ‘safety vehicle 1’, the Bricklin SV-1. 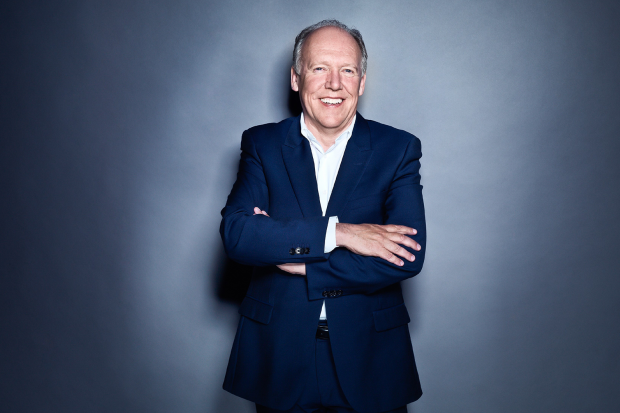 Jaguar design legend Ian Callum will be honoured at the show

One of the features of this show is its ‘Icon Award’, inaugurated last year and given to Nigel Mansell. This time round it’s the turn of renowned designer Ian Callum to be celebrated, and he and some of his finest designs will be in the capital this weekend.

Now director of design at Jaguar, there’ll be a Jaguar I-Pace, F-type and XK on show, along with Aston Martins Vanquish, DB7, DB9, and a Ford RS200 rally car.

Not only that, but the great man himself will be interviewed on stage as part of the Supagard Theatre. 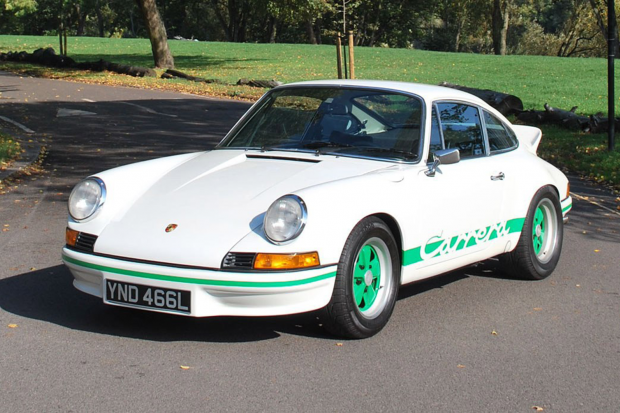 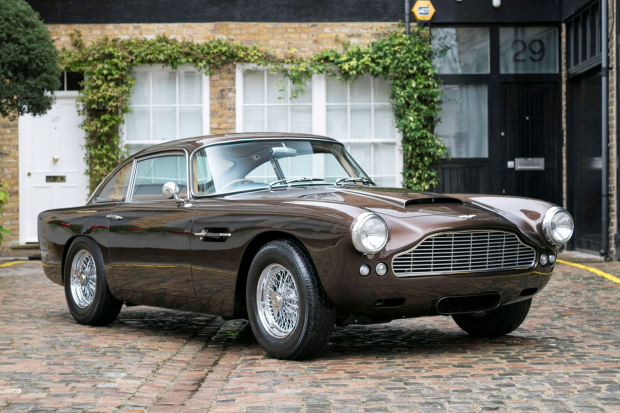 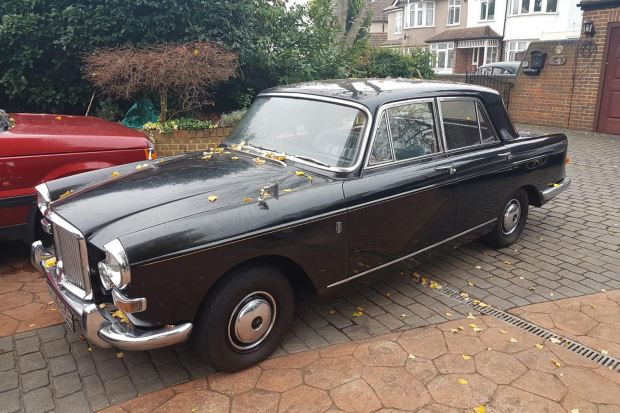 Every good show needs an auction, and this event’s comes in the form of a rather special Coys sale. Held on the Saturday and Sunday of the show, it will mark 100 years of the firm, and includes a host of fascinating and desirable cars; 100 of them, in fact.

The headline motors are a trio of celebrity-owned vehicles: a 2007 Range Rover Sport that once belonged to David Beckham, a 1967 Vanden Plas Princess R used by former British Prime Minister Harold Wilson and the MkIV Mini 1000 bought for Cilla Black.

Interesting though they are, we’re more taken with a recently restored 1962 Aston Martin DB4 Series V, which could threaten the half a million mark, and a 1973 Porsche 911 2.7 RS Touring which might well do likewise: it sold at auction as recently as three years ago and cleared £500,000 on that occasion. It’s recently been serviced, to boot.

We also love the look of a perfect Peugeot 205 GTi that is believed to be the first right-hand drive example; this looks particularly good value at around £5-8000, especially considering it’s had just one owner since 1990. Going one better than that is a 1969 Porsche 911E that’s had only one owner since new, and comes with its original owners’ book, service history and receipts. Coys puts its estimate around the £80-90,000 mark.

You’ll find few competition cars in the catalogue, but an ex-Briggs Cunningham Maserati Tipo 60/61 Birdcage that was driven by Walt Hansgen leads them, joined by a rally-prepared MGA and 2001 Ferrari 360 Challenge car.

The auction takes place on Saturday and Sunday of the LCCS, and starts at 2pm each day. 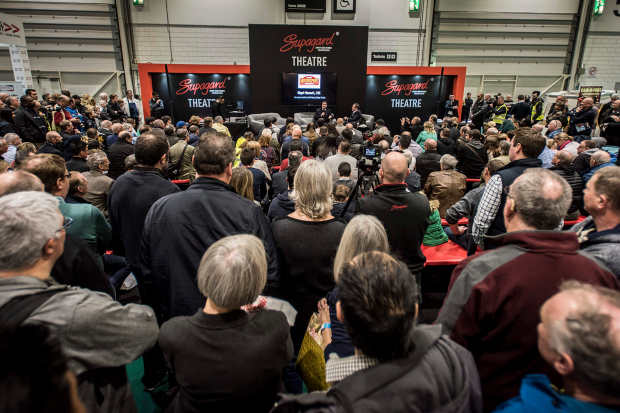 The Supagard Theatre will have a full schedule of talks

Getting bored of all those cars? Fat chance. But in the unlikely event that you fancy something a little different, there’s the Supagard Theatre, which hosts talks, interviews and advice from industry experts across the weekend.

Ian Callum in conversation could well be the highlight, on Friday at midday, while Tiff Needell, Jonny Smith and Edd China will be among the guests discussing the merits of electric classic cars in partnership with ERS.

Quentin Willson will provide various tips on classic-car ownership and buying, while experts from Haynes will guide visitors through restoration basics. Stuart Turner, Alec Poole and Christabel Carlisle will conclude the weekend with what promises to be an entertaining chat recalling racing Minis all over the world. A full timetable of talks can be found on the LCCS website.