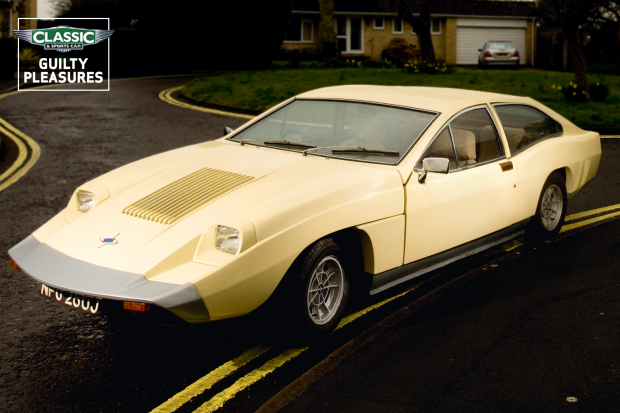 I get to see lots of and lots of desirable machinery in my line of business, but one of the few cars that has merited a picture on my iPhone recently was a Marcos Mantis, the Wiltshire sports car maker’s one and only foray into the world of four seaters.

I have had a ‘thing’ about these cars for years, which is not the same as actually wanting one necessarily… and yet looking at that red example parked in the outfield at the Le Mans Classic (could it be the same one I drove for C&SC in the early ’90s?) I almost thought I really did want one, even though I know I should probably content myself with buying a brochure or reading an old road test.

That normally cures me of these fleeting romances, but the trouble is nobody ever seems to have done a proper test on a Mantis (which should not be confused, incidentally, with the mid-engined sports racing car of the same name).

In fact, it was only when sitting down to write this that I realised how little I know about these cars, beyond the fact that they only made 32 and they all had a Triumph 2.5Pi/TR6 engine and box. 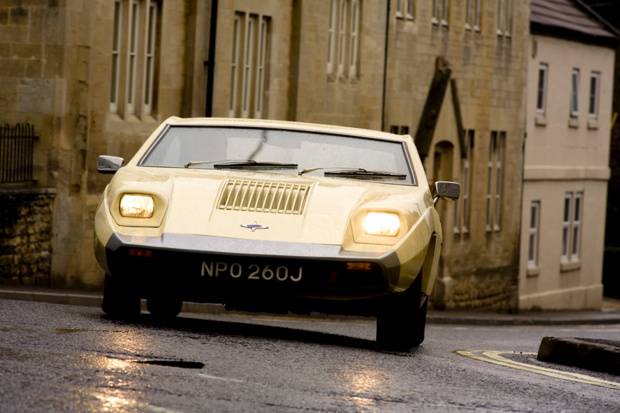 They were allegedly very aerodynamic and I have heard talk of 140mph top speeds, but who knows? The Capri back axle is a clue to the fact that the original plan had been to use a Ford V6 engine and box, but that idea was scuppered by the USA’s new emissions regulations; later they finished Marcos off by impounding 25 unpaid for cars in customs, but that’s another story.

The 1968 Mantis is a very British but ingenious take on the Lamborghini Espada concept of a low-slung grand touring car with four proper seats.

It is attributed to Dennis Adams – creator of the classic two-seater Marcos – but I suspect it lost something in translation into a production car. Is it ugly? I prefer ‘not conventionally attractive’: yet there is something about its bug-eyed nose, its heavily bowed screen pillars and rakish profile of juxtaposed shut lines that is curiously engaging and strangely futuristic.

I don’t think a Mantis appeared in a single film or TV series, but it could easily be a vehicle out of UFO, that early-’70s Gerry Anderson production (with real people acting wooden, rather than wooden puppets) set in a future 10 years hence, where everyone drove nuclear-powered cars with gullwing doors.

In reality the car’s only moment of wider cultural fame seems to have been an unlikely appearance on an album called Geoff Love and his Orchestra Play Your Top TV Themes, the artist presumably mistaking it for Danny Wilde’s Ferrari Dino from The Persuaders. 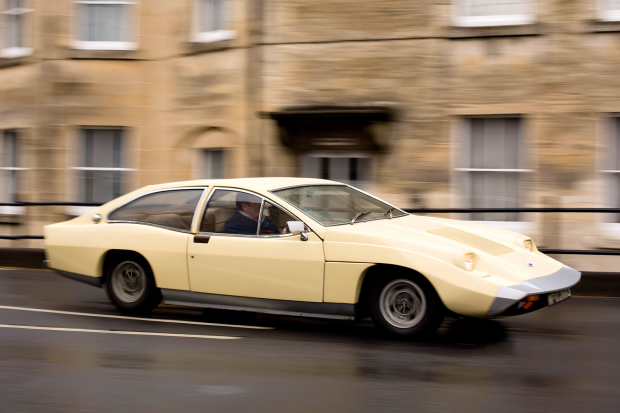 Had the Mantis not been caught up in the demise of the company (in its first incarnation), it would almost certainly have stolen Colin Chapman’s thunder, because his second-generation Elite was still six years away from production.

Both were four-seater glassfibre-bodied sports cars with ‘specialist’ appeal, but the Mantis is a simpler car with a more rugged drivetrain and is, of course, much, much rarer.

Less alarming was a drive in a really early Volvo-engined car followed by an interview with the car’s designer Dennis Adams, who did some pencil sketches for me that I still have somewhere.

And, yes, I have driven a Mantis, although I cannot remember much about it, apart from a vague memory about bits of dash coming loose.

That now seems like another life and it is a car I would love to revisit for a feature which, I suspect, will be a cheap way of curing me.