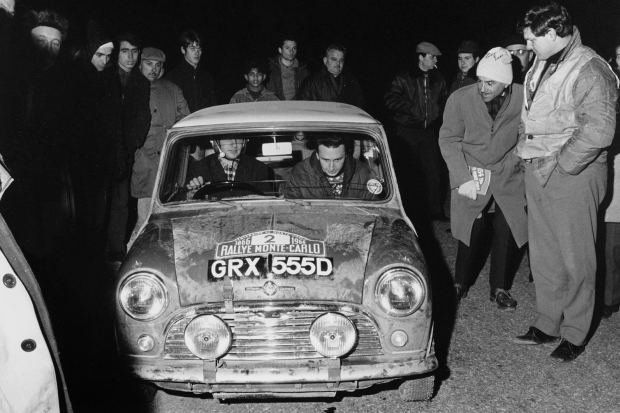 It caused an outcry that went beyond the motorsport world. Even the mainstream press railed at the injustice of it all, there was talk of appeals and boycotts, and sensible folk were heard to mutter that it would spell the end of an event that could trace its history back to 1911.

It didn’t, of course. The Monte Carlo Rally survived and prospered – and indeed, the 87th edition starts this week – but 1966 was by no means its finest hour. What should have been a third overall win for the Mini descended into farce. 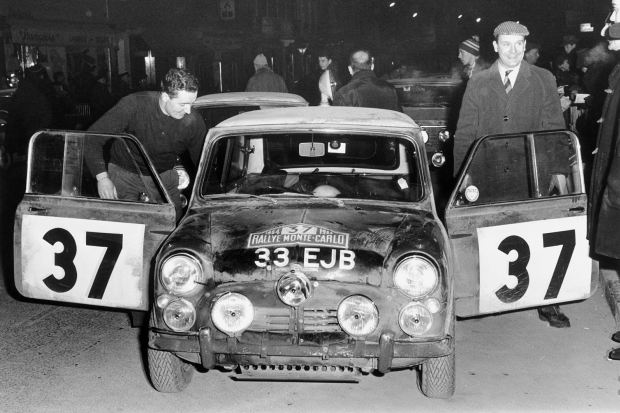 It was during the 1960s that rallying started to become a more focused and professional business, and in 1961 Stuart Turner took over as BMC’s Competition Manager.

To this day, he readily acknowledges his good fortune in having at his disposal the Big Healey and the Mini – rally icons both. But there’s little doubt that he fully capitalised on that good fortune.

Under Turner’s reign, Paddy Hopkirk came on board, as did a pair of Scandinavian superstars in the form of Rauno Aaltonen and Timo Mäkinen. All three got the best out of the little Mini Cooper, Hopkirk winning the Monte in 1964 and Mäkinen doing likewise the following year.

It was a level of success that apparently didn’t sit well with the Monegasque organisers. Well before the 1966 rally had even begun, there were dark mutterings that the top brass in the Automobile Club de Monaco would be looking for any way possible to exclude the Minis should they complete a hat-trick of wins. 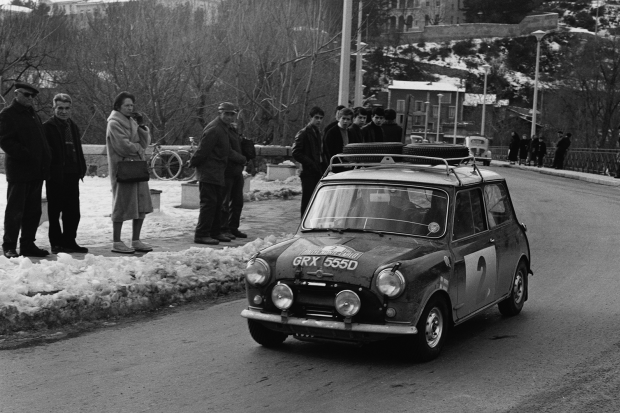 Matters were complicated by a change in the regulations for that year. Group 1 Appendix J cars had to be completely standard, and the minimum production requirement was 5000 units. Otherwise, there was Group 2, but that class carried an 18% handicap. In other words, the overall winner would be a Group 1 car.

BMC therefore managed to build the necessary 5000 cars in order to qualify for Group 1, and was fastidious in preparing its Minis according to the rules. Representatives from British manufacturers and the Royal Automobile Club even went to Paris to meet the FIA and discuss the new rules to make sure that there could be no misunderstandings.

The Mini and Lotus Cortina were therefore accepted into Group 1 – so far, so good, you might think. But the seeds of the post-rally controversy were planted not long afterwards. The engine, wheels and interior – among other things – all had to be standard, but the first draft of the Appendix J rules allowed freedom on the number and type of lights. Note the words ‘first draft’.

There followed a second draft in which the lights concession was removed, but somehow the revision was not communicated to everyone. The ACM knew about it – as, apparently, did the French competitors – but the British teams did not. Neither did the Royal Automobile Club, which admittedly could have checked for updates before scrutineering the cars in London.

By then, however, the Minis had been fitted with iodine-vapour single-filament bulbs, rather than the double-filament dipping bulbs found on the production models. Dipping the beams on the works rally cars was achieved by switching to the spotlights. 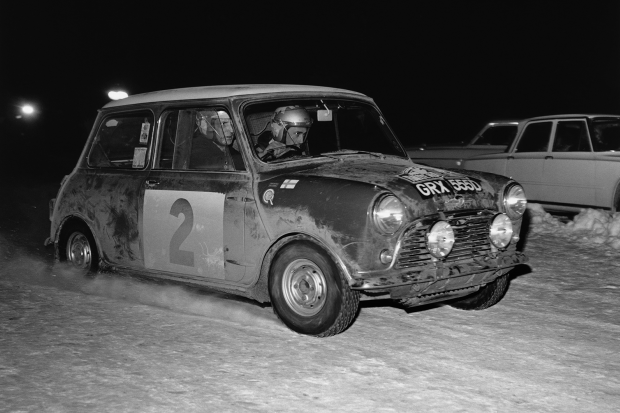 Timo Mäkinen and Paul Easter on the way to ‘victory’

The first signs of trouble appeared when British privateers running in Group 2 were disqualified upon reaching France – without tackling a single competitive section – due to having too many lights. Bizarrely, though, the Group 1 cars were all allowed to continue, even after an inspection during the rally showed that they were using the now-illegal dipping mechanism.

Come the end of the gruelling event, Minis filled the podium – Mäkinen winning from Aaltonen and Hopkirk. Roger Clark was fourth in a Lotus Cortina and Rosemary Smith won the Ladies Cup in her Hillman Imp. It was a stellar result for the Brits – and that’s when things really kicked off.

Officials descended upon the Minis, stripping them down in an attempt to find an infringement. Bizarrely, they didn’t immediately focus on the lights.

“They counted all the teeth on the gears in the gearbox,” Hopkirk later said in a BBC interview. “They took the tyres off the wheels and weighed the wheels then weighed the tyres separately. It was ridiculous – they couldn’t find anything wrong.”

Eventually, after 18 hours, they disqualified them for the lighting infringement that they’d known about two and a half days earlier. Clark was kicked out, too, as was Smith, and as the dust settled a Citroën was declared the winner. Quelle surprise…

“It was technically illegal,” said Hopkirk of the lighting set-up, “but it didn’t help us to win the rally.” It also hadn’t been done in a deliberate attempt to circumvent the rules. When BMC had fitted it, it had done so believing it to be legal.

Newsreel footage shows a deeply unimpressed Pauli Toivonen and Ensio Mikkander picking up their trophies, having been gifted a hollow victory. Toivonen, in particular, was disgusted by the whole affair but both Turner and Aaltonen felt sure that it was nothing to do with Citroën.

Instead, it appeared that the pre-event fears had been correct – the ACM simply had no desire to see the Minis win again. “Of course,” Hopkirk later reflected with a smile, “that gave the Mini 10 times as much publicity as if we’d won the rally, because the whole world was saying, ‘The French are at it again – not playing the ball’.” It was true, and Turner admitted as much.

The controversy generated an unheard-of amount of coverage, and as it turned out he had the perfect answer to officialdom. In 1967, the works team came back and took victory courtesy of Aaltonen and co-driver Henry Liddon.

This time, there were no exclusions, no arguments – the Mini had struck a brilliant final blow. More than 50 years later, it still makes a great story. Britain at loggerheads with its nearest continental neighbours – who can imagine such a scenario playing out today…?