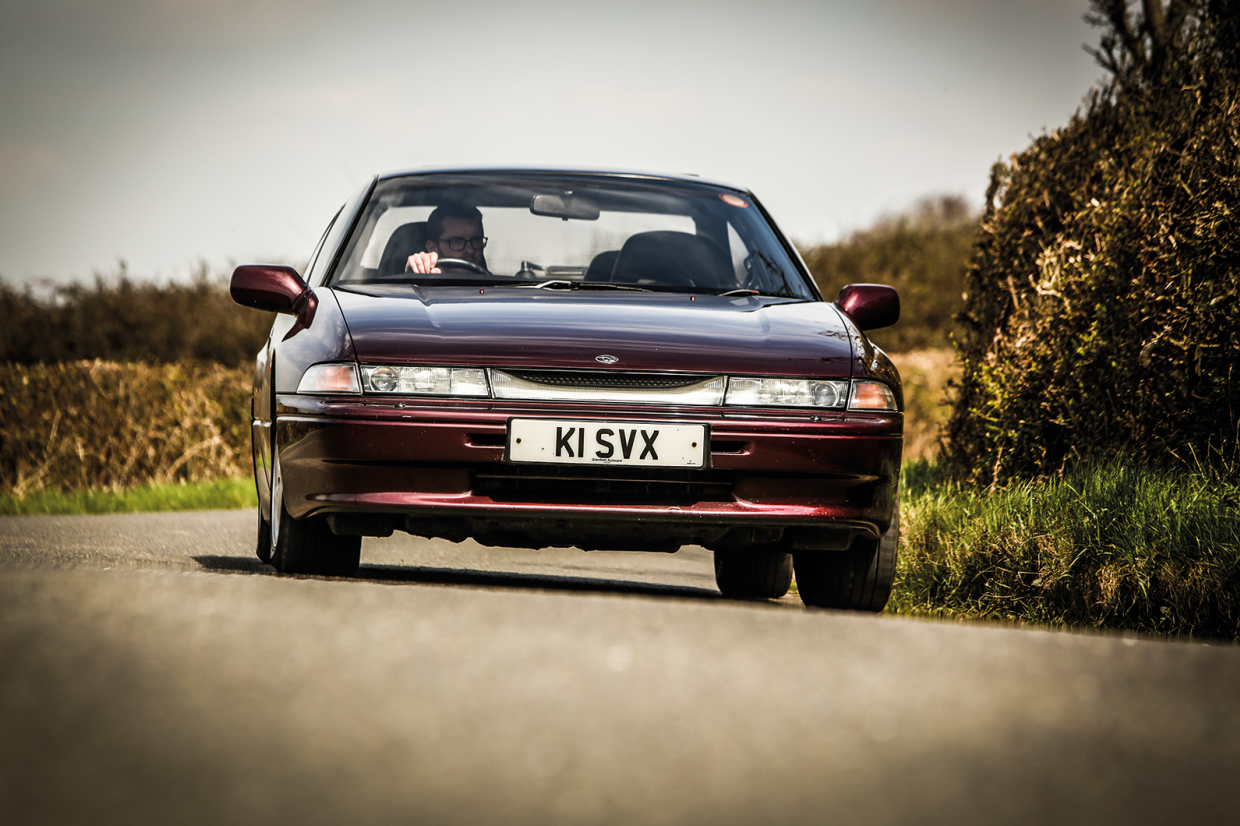 Beautifully put together and dripping with high technology, the SVX was Subaru’s ambitious attempt to crack the 1990s luxury coupé market.

For a long time, the company was known only for producing kei-class oddities and rugged if uninspiring saloons and utilities.

Its early adoption of four-wheel drive (the Leone had it from 1972) and adherence to horizontally opposed engines (first seen in the ’65 1000) made it stand out from the crowd, but it took a long time for the company to realise that more could be done with these basic ingredients. 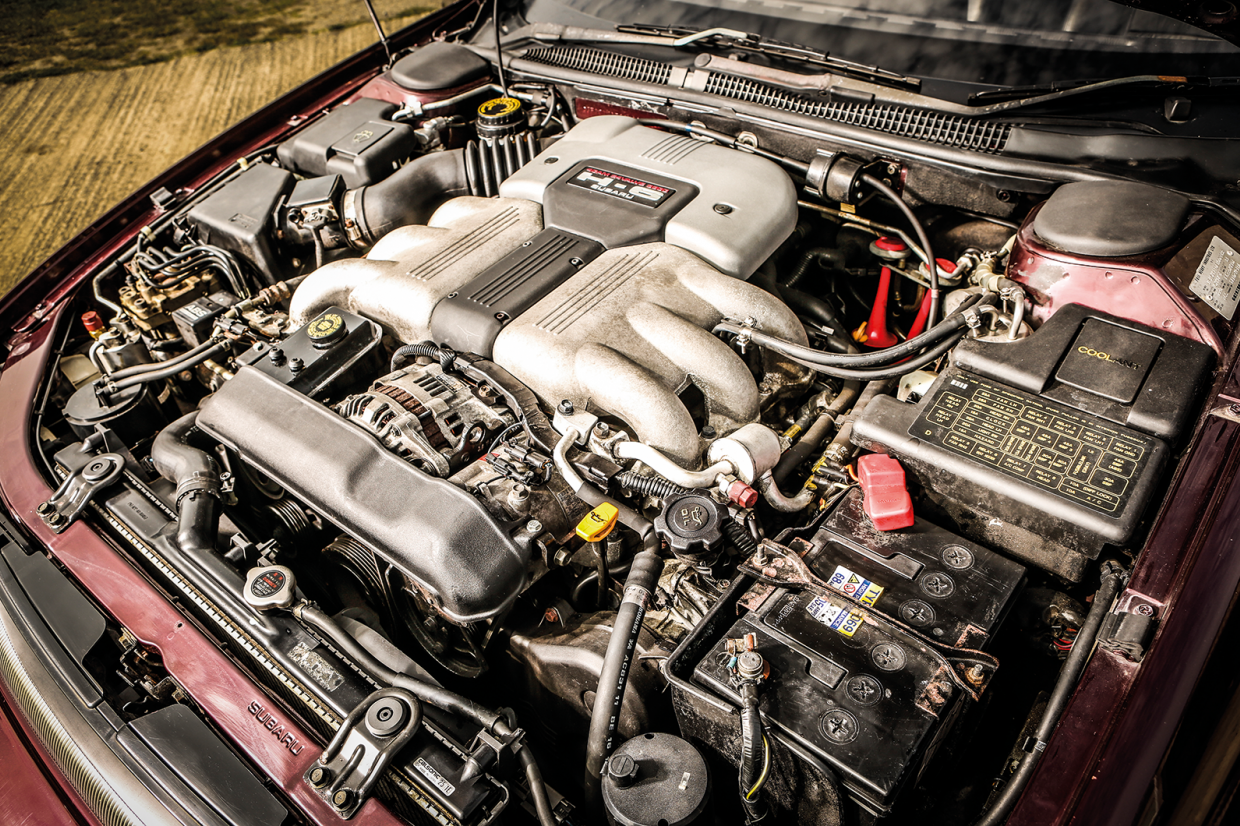 The first inkling of change came in 1985, with the launch of the XT. This angular machine looked like an uncomfortable blend of Toyota MR2 Mk1 and the contemporary Honda Prelude, but it featured a naturally aspirated or turbocharged flat-four, or, latterly, a flat-six.

Then came the turbocharged, quad-cam Legacy, a model that managed to get its foot in the door of the World Rally Championship before the Impreza smashed straight through it.

If performance-orientated enthusiasts didn’t know much about Subaru during the 1980s, they certainly did by the end of the next decade.

The make claimed three consecutive WRC constructors’ titles from 1995, the year in which Colin McRae landed the drivers’ title for good measure. 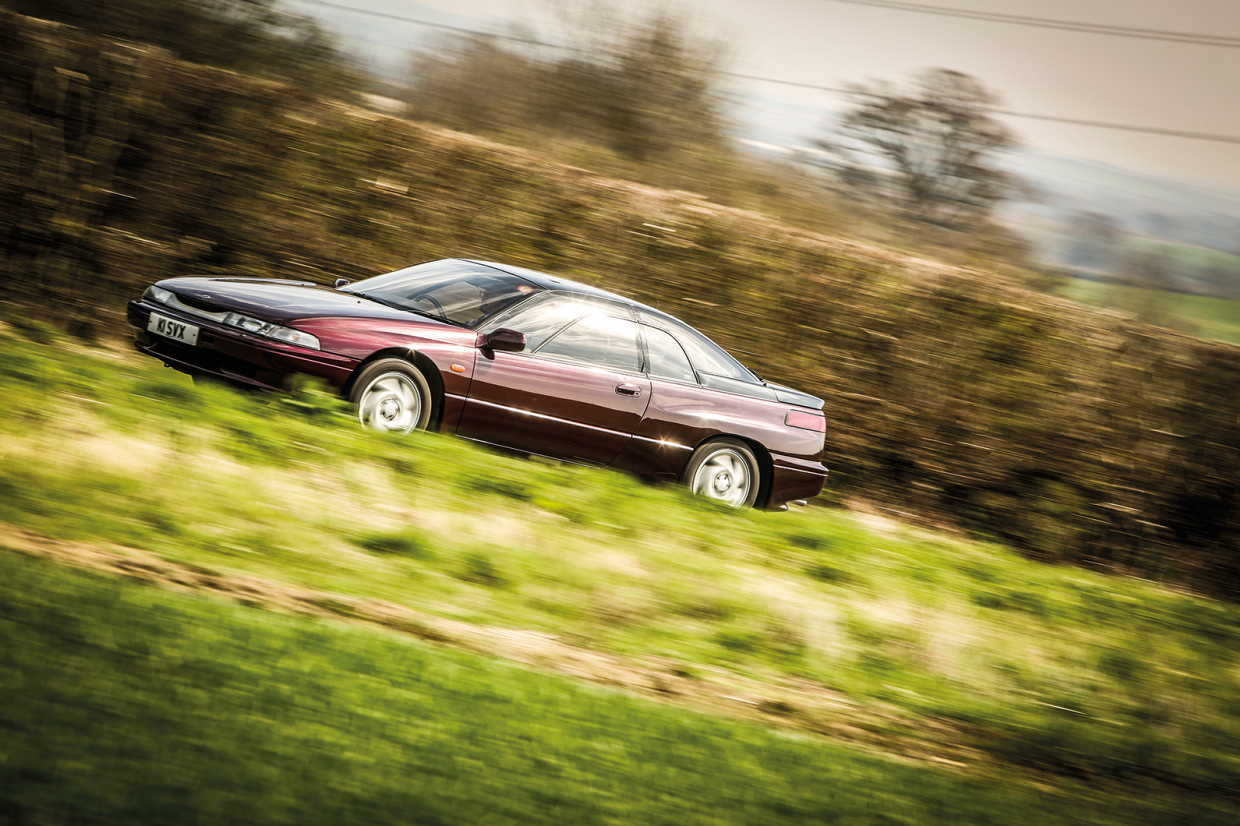 Subaru had even dipped a toe into the water of Formula One, via an ill-fated investment in the Coloni team.

Having shored-up the finances, Subaru put its name to a Motori Moderni flat-12. The engine was underpowered, the chassis overweight, and Bertrand Gachot failed to even pre-qualify for the first eight races in 1990. Subaru quickly withdrew and the team carried on with Cosworth powerplants.

Memories of that were swept away by the rallying campaign, though, and when you also consider the Nissan Skyline’s rise to prominence, there was an embarrassment of riches when it came to Japanese performance saloons.

Taking on the likes of Lancia and Ford on the rally stages was one thing, but going toe-to-toe with Audi and Jaguar in the prestige coupé market was something else entirely. 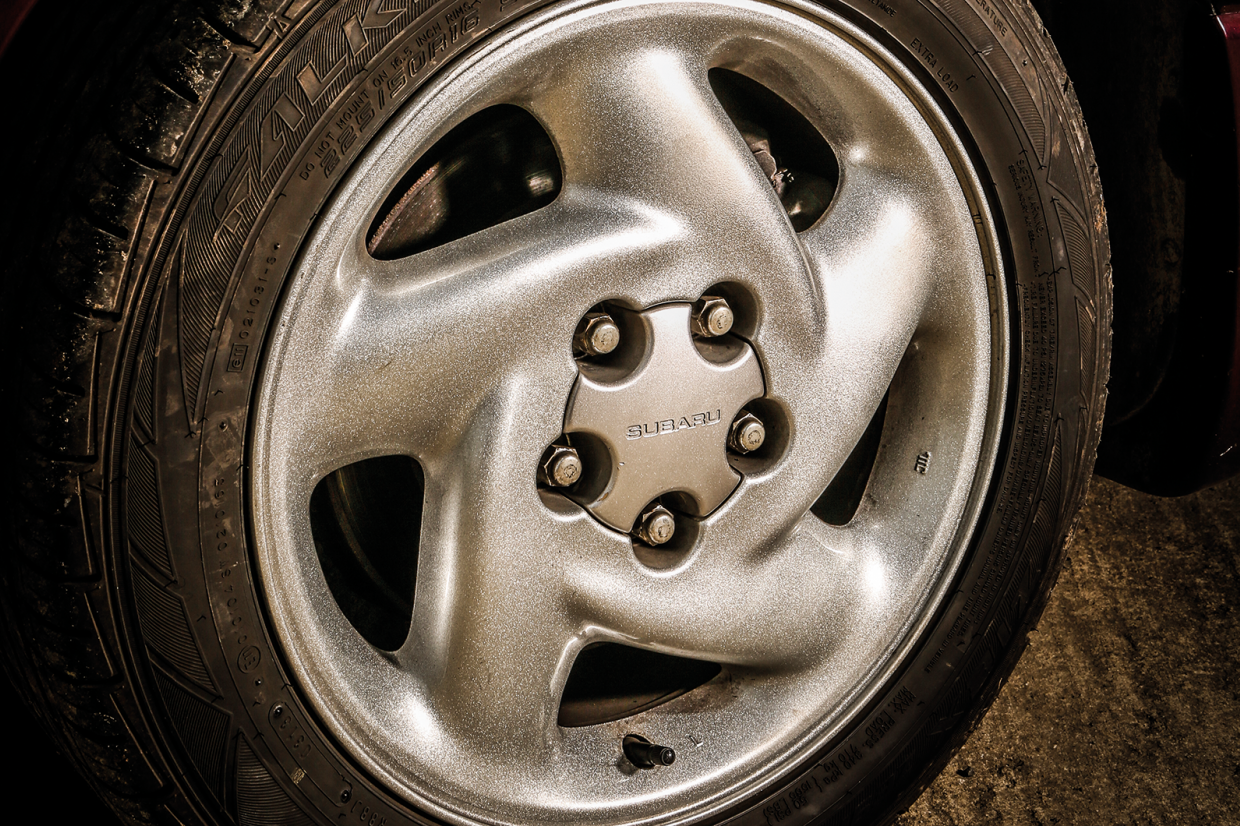 It was a sign of Subaru’s ambition at this time that it was willing to give it a shot with the SVX, a car that built upon the foundations laid by the XT, while adding all of the technological expertise that would be proven so emphatically in the WRC.

First displayed as a concept at the 1989 Tokyo Show, the production SVX shared its ethos with the XT, but it was a new model from the ground up and based on a design by Giugiaro.

During its first full year on sale in the UK, it was offered via a select network of just 20 dealers, and import quotas kept numbers down. Subaru expected only 100 to reach these shores throughout 1992.

Autocar was somewhat cautious about the original, captioning a picture of it thus: ‘Better in the metal?’

It was less reserved three years later when it came to the finished product: ‘One of the most different new cars of 1992 is also one of the best. Subaru… has taken the coupé market by storm with a car that looks to have rolled straight out of a design show and comes with the specification and price to make its peers blush.’ 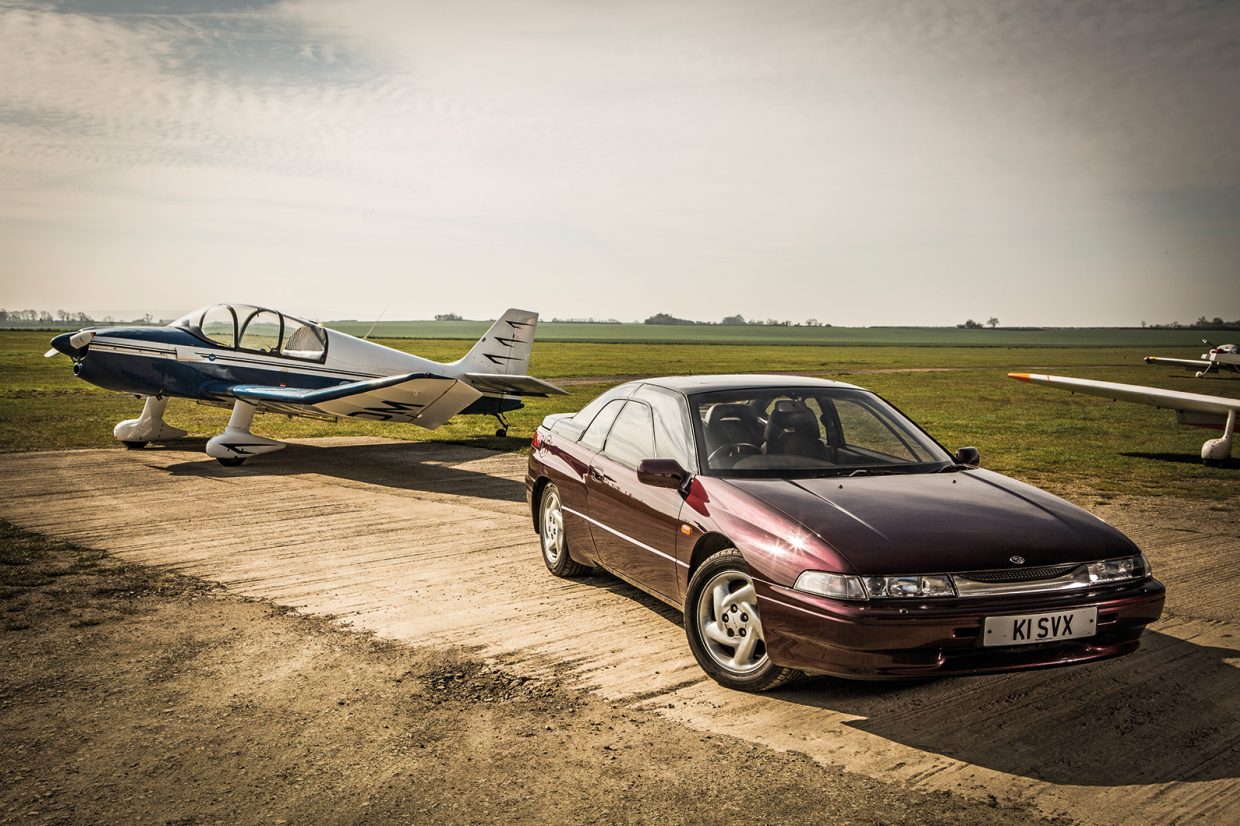 Those peers formed a mixed bunch. There was an old-school Brit in the ageing shape of the Jaguar XJS, a barnstorming German – Audi’s Coupé S2 – and a host of technocrats from the Far East.

The Mitsubishi 3000GT, for example, featured a 281bhp twin-turbo V6, four-wheel steering (a Japan-only option on the SVX L) and adaptive damping. In terms of acceleration, the S2, 3000GT and Nissan 300ZX trounced the SVX, XJS and Honda Legend Coupé, getting from 0-60mph in c6 secs compared to 8 or so.

For that, you got leather trim, electric everything, cruise control and air-conditioning – plus, of course, a car that genuinely stood out from the crowd.

The SVX is far more imposing in the metal than it appears in photographs, even if Giugiaro had this to say when the car was first introduced: “[It] is an interesting product. It is not aggressive, but a quiet, real four-seater coupé which will be able to capture a broader market, including middle-aged people and women, who generally don’t go for muscular coupés.” 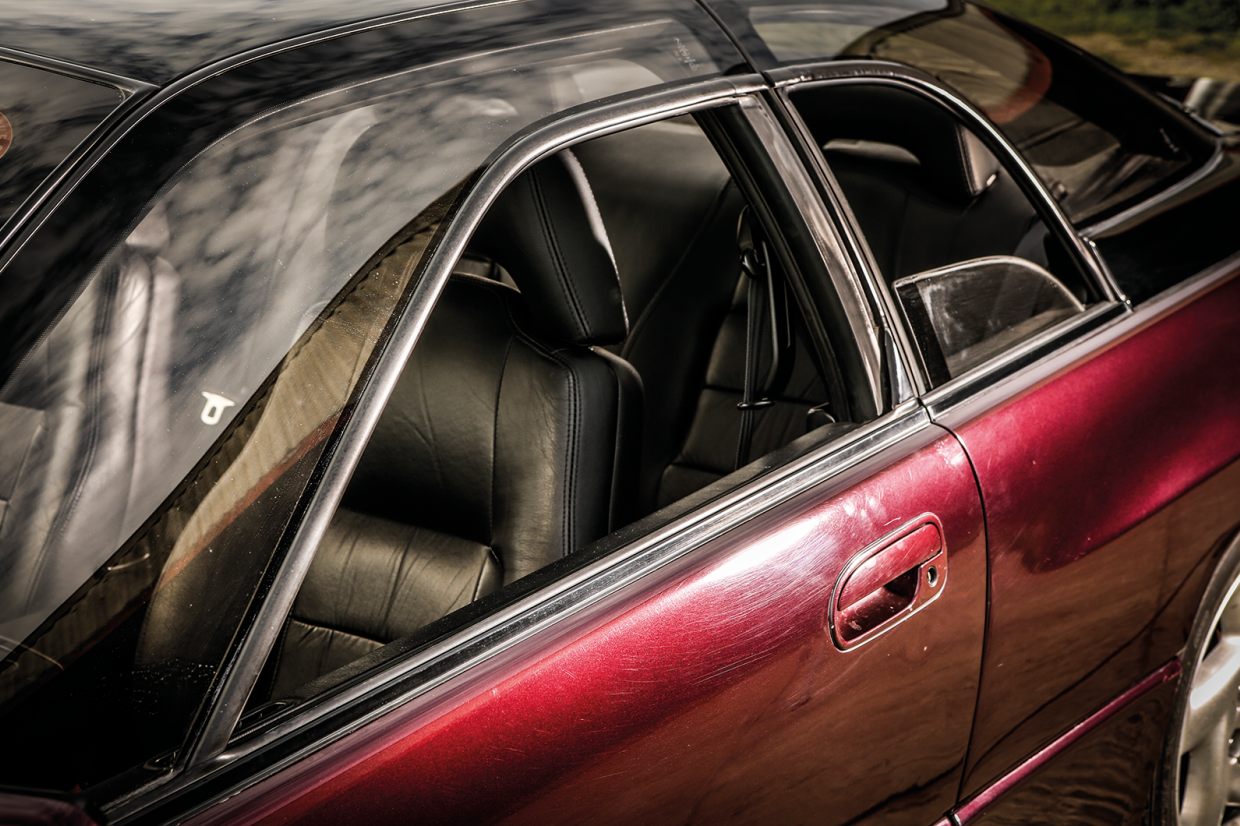 The XT had a broadly similar ‘wedge’ profile, but the SVX is softer and more curvaceous, thankfully retaining a pleasing air of eccentricity that gets more pronounced the further back you go.

The front end features shallow lights reminiscent of those on the Vauxhall Calibra, and wheelarches that are subtly flared.

Keep going past the huge doors and you get to rear arches that are somewhat more extravagant, plus wraparound rear lights and twin tailpipes.

The glasshouse is the most obvious departure from the norm, however. The black bootlid (which is composite, as are the bumpers, lower doors and rear quarter panels) blends into the rear screen and pillars, and then there are the ‘windows within windows’.

Just the lower sections move, and only so far at the back; drop the front and rear panes and you are left with an ‘archway’ of glass over the top. 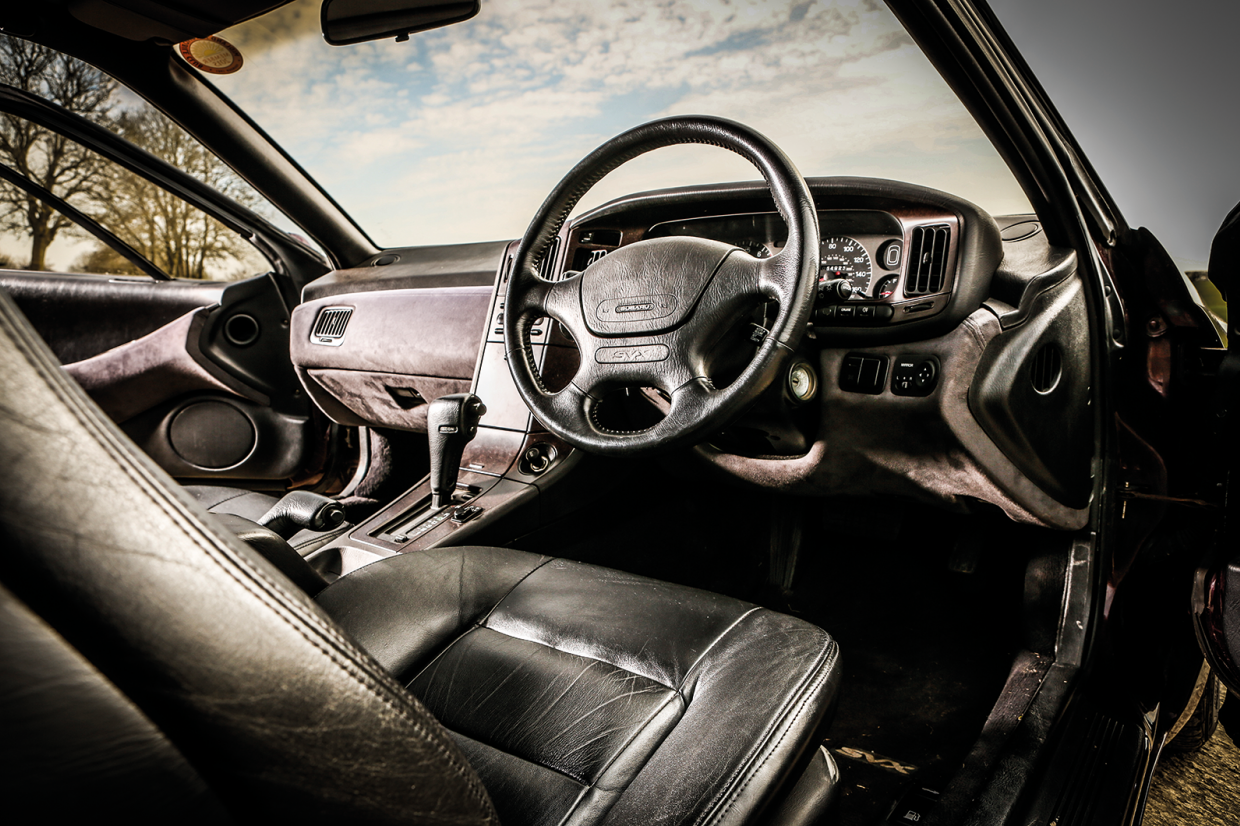 Those leather seats are incredibly comfortable, the dials are clear and visibility all round is surprisingly good.

A sweep of alcantara helps to lift an otherwise staid but well-organised interior. It doesn’t have the ambience of the XJS, but that car was out of its time by the ’90s.

It’s a slightly skewed comparison – the S2 was hardly a gentleman’s club inside, after all, and neither were the other Japanese contenders. The Subaru offers more rear-seat space than the Jaguar, too.

With a power-to-weight ratio that is broadly comparable to that of the XJS 4.0, the SVX is swift if not searing.

It was offered only with a four-speed automatic gearbox, third gear in which is good for 126mph. Top is reasonably long-legged, giving 28mph per 1000rpm. 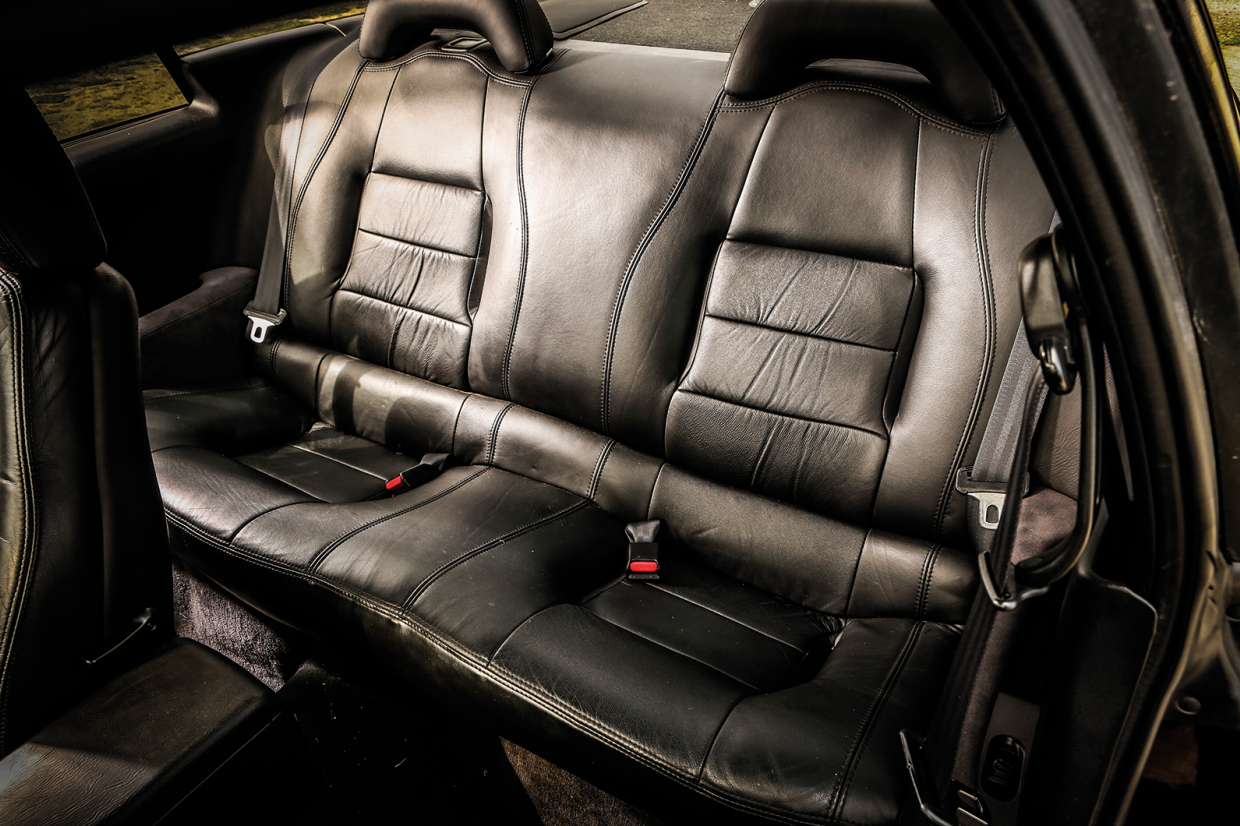 For most of the time, you’d struggle to recognise the engine as a flat-six, such is the way in which noise is effectively suppressed.

The EG33 is a clever powerplant and much changed from the variant that appeared in the XT, boasting a variable intake set-up (known as the Inertia Resonance Induction System) to improve its response across the rev range.

A single toothed belt drives both exhaust camshafts, which in turn feature gears to drive the intake cams.

Only when you really start to extend it does the configuration make itself known via a harder bark from the exhausts.

This is where the SVX’s strength lies – its relatively high kerbweight prevents it from jumping forward from rest or low speeds, but it will effortlessly surge from average speeds to very high ones.

As you’d expect, it feels well planted in corners, too. The full-time four-wheel-drive set-up features Subaru’s Active Torque Split System, which operates via a centre diff to send 35% of power to the front and 65% to the rear under normal conditions.

Add the firm suspension to the mix, plus superbly weighted steering, and you have the recipe for effortless and unspectacular handling – a frustrating blend for a photographer trying to get a little drama into the cornering shots. “Well,” says Baker, looking at the back of his camera after I’ve done a few passes, “I suppose it’s got a bit of body roll...” 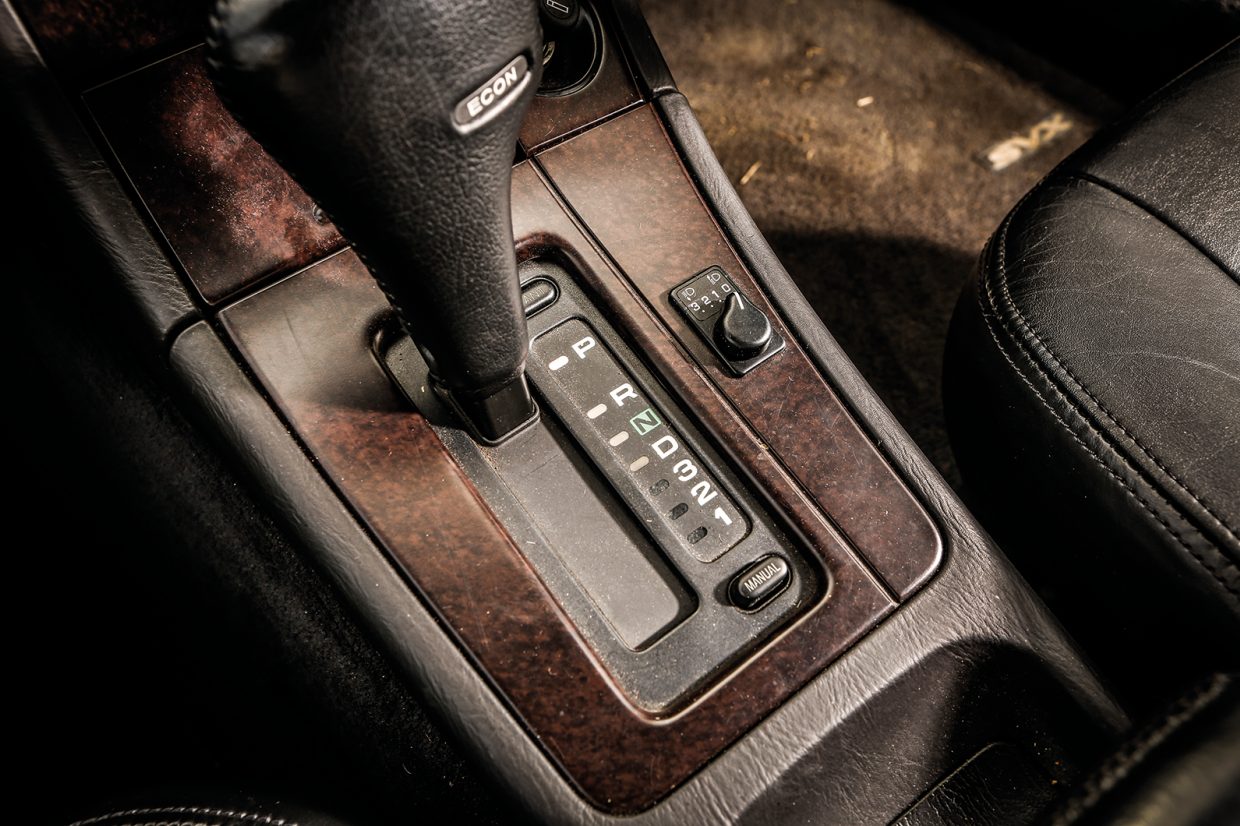 Chris Drewett bought the featured example two years ago, having first seen one in period while he was skiing in Austria: “It purred up through thick snow to disgorge four prosperous Germans in their obligatory fur coats.”

Motorsport commentator Drewett eventually found his car on eBay. It had been owned from new by an electronics entrepreneur, who ran it for 48,000 miles before putting it into storage, retrieving it only for an annual MoT and service.

“We’re lucky enough to have a Subaru specialist in our village,” says Drewett, “so pretty soon after getting it home it was treated to a cambelt change and all the fluids were renewed. The only MoT advisory concerned mismatched brake pipes, and new braided ones will be fitted soon.

“Apparently, the automatic gearbox is the car’s Achilles’ heel, with a tendency to overheat and stop selecting gears. By pure chance, a spare ’box in reportedly good condition came up on eBay, so that was snapped up for £100 as insurance.” 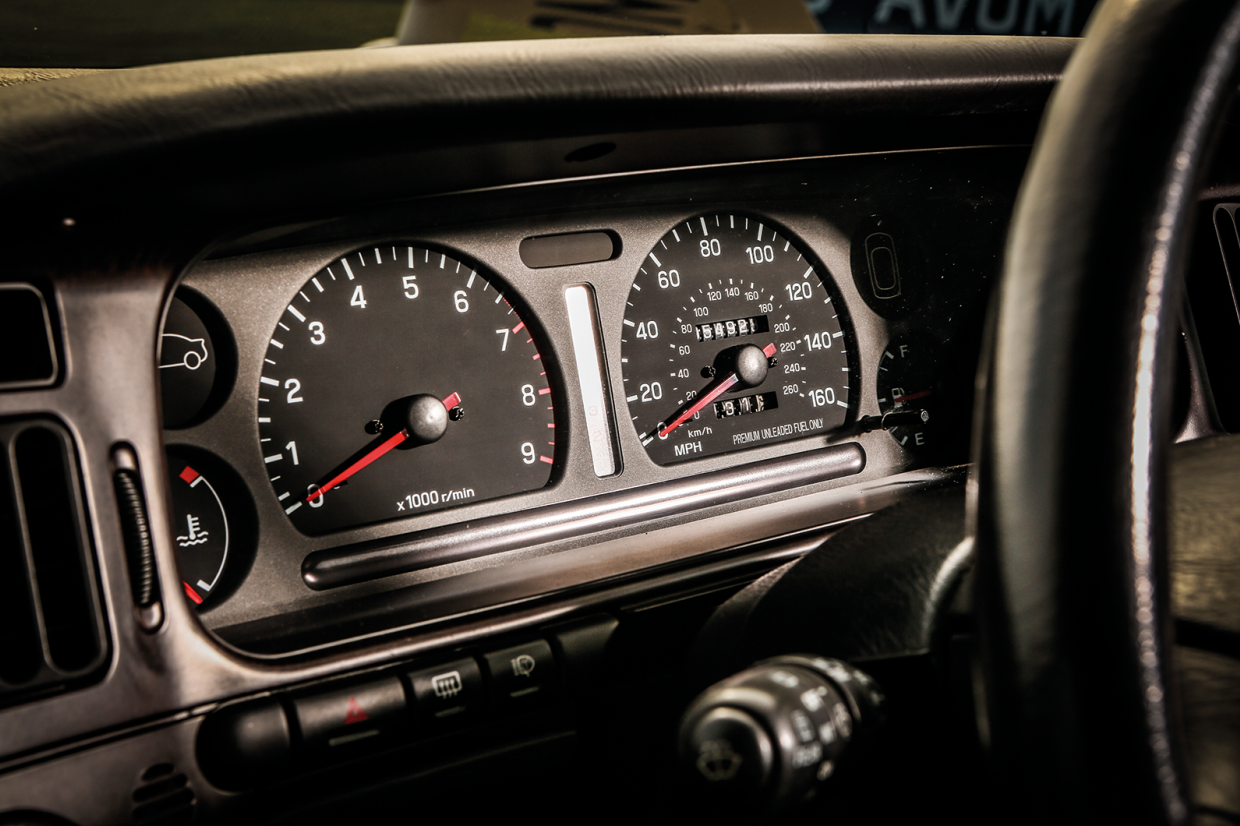 “Part of the fun is its rarity,” Drewett continues. “Very few people, even Subaru enthusiasts, have ever seen one. Even at the Goodwood Revival, where the car park is an exotic classic show, it attracts quite a bit of attention.”

The SVX is clearly a cut above the likes of the (much cheaper) Vauxhall Calibra and Ford Probe.

There are faster options out there, and more luxurious ones, too, but perhaps its most attractive aspect was summed up by Autocar when the SVX was new: ‘Subaru has created a car from a blank sheet of paper that makes the big names of the coupé world look like sticks in the mud.’

So why did it sell in nothing like the figures that the Japanese firm envisaged? It reputedly lost money on each car and, in any case, the early-to-mid-1990s were a difficult time for the home economy.

In the European market, there is little doubt that it would have benefited from a manual gearbox – retro-fitting the Legacy’s five-speed unit is not unknown – and another 30-40bhp. 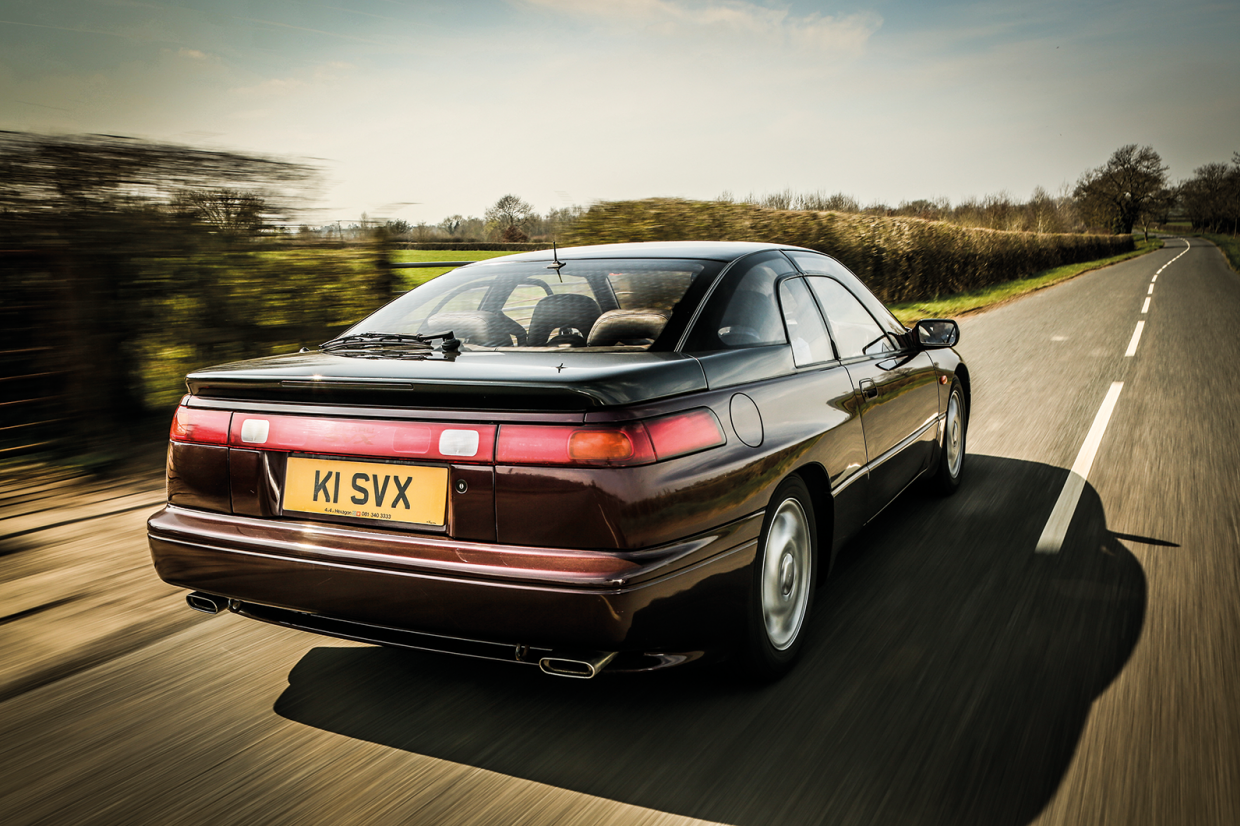 Most importantly, the SVX failed to persuade people who were happy to spend £30,000 on a Jaguar or an Audi that they should do the same on a Subaru.

The marque’s North American arm was apparently unsure how best to market it, so far was the model from its usual utilitarian fare.

Shame, but the result is that, today, values remain low, and UK survivors number dozens rather than hundreds.

The SVX is still a leftfield choice, but it’s an intriguing, beguiling and highly capable one.

This feature was originally published in our August 2015 issue 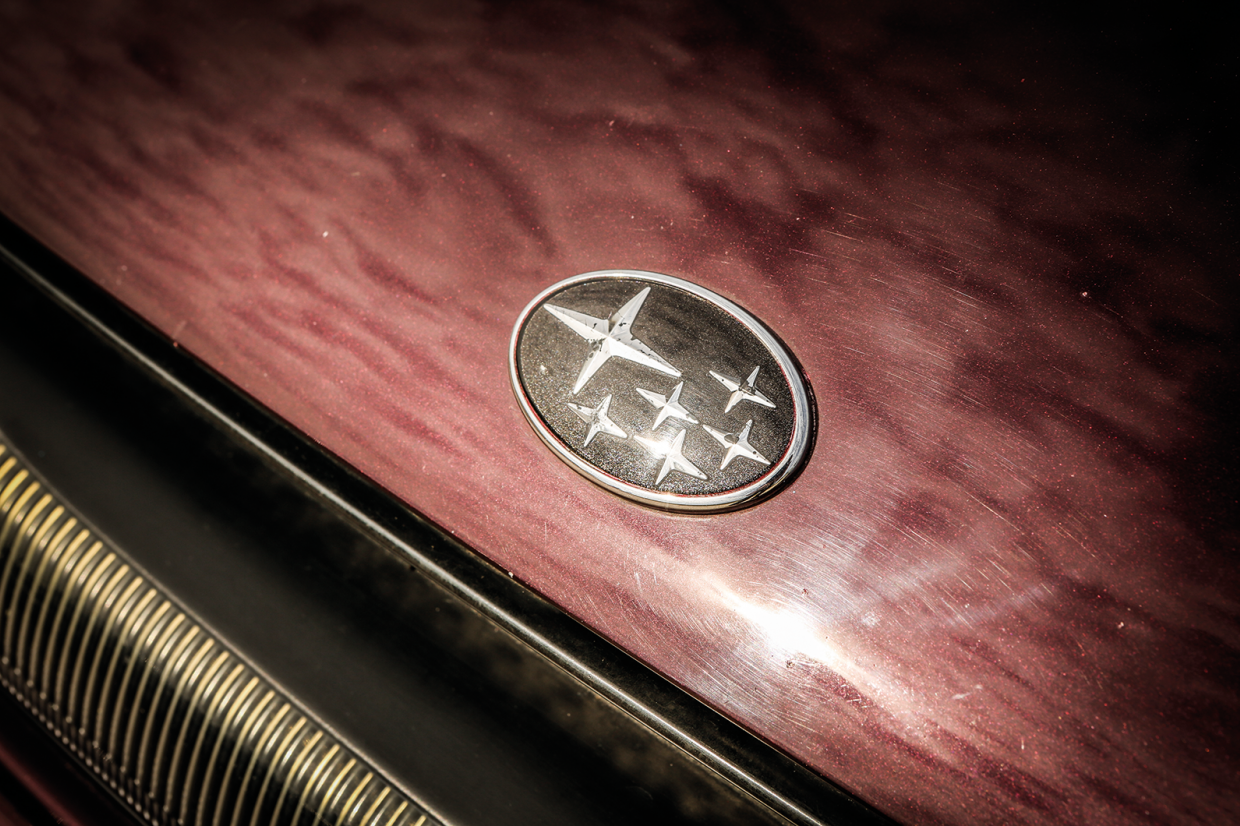 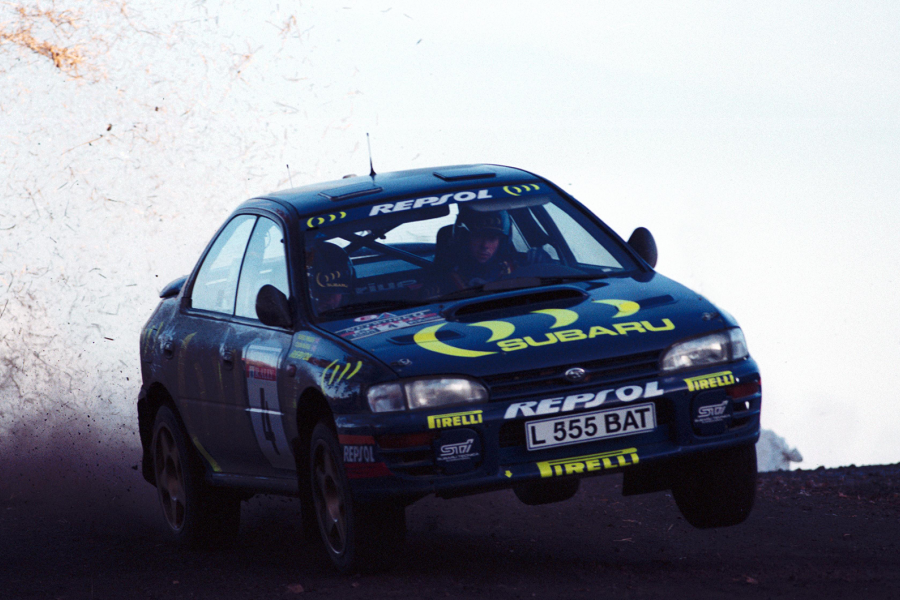 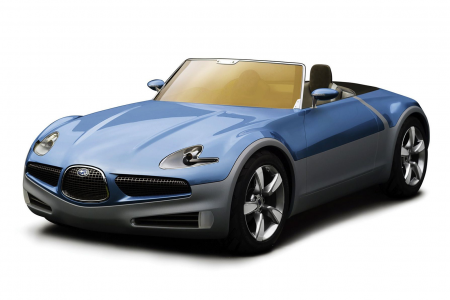 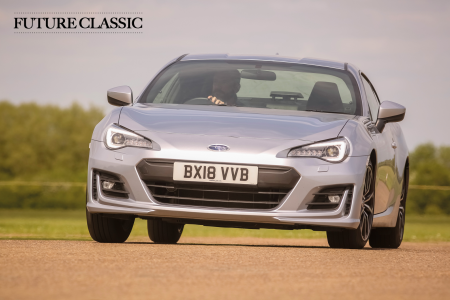