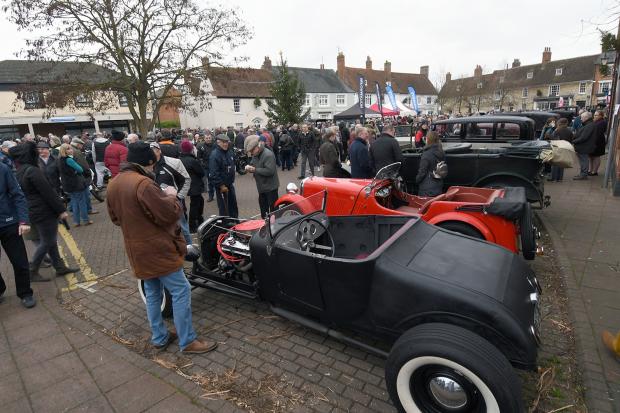 The 10th running of Vintage Stony on 1 January 2019 was the biggest yet, enthusiastic crowds jostling for space to take in the vast array of pre- and post-war classics filling the streets of Stony Stratford.

This Buckinghamshire town’s meetings have a reputation for their sheer diversity and the latest offering certainly didn’t disappoint.

But these are real cars and real people, and no better was this event’s warmth and friendliness demonstrated than in the fact that its minute of noise at noon, led by Reg Parnell's impressive ERA-engined 'Challenger', brought along by Duncan Ricketts, was dedicated to the memory of two popular supporters of Vintage Stony who passed away in 2018: racing legend Barrie ‘Whizzo’ Williams, and C&SC’s very own and much-missed David Evans. 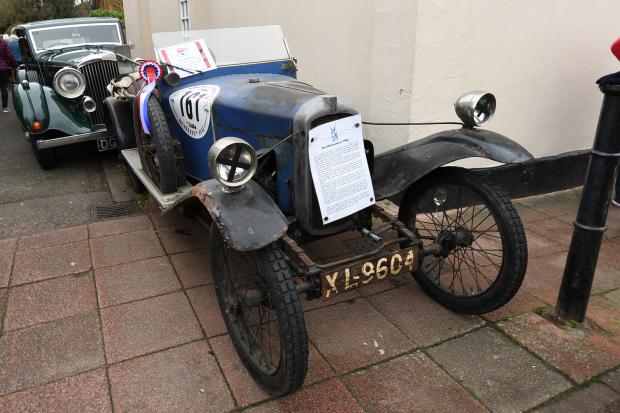 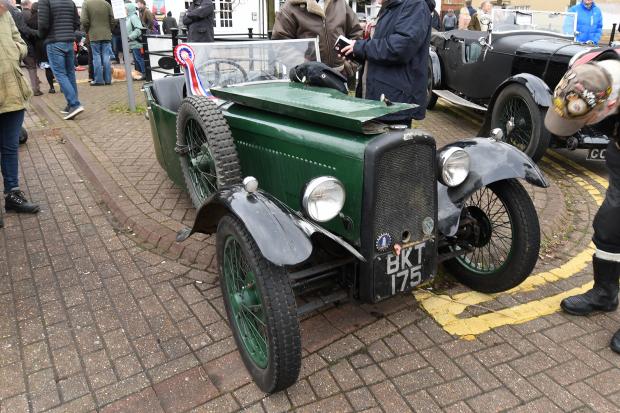 Although this is an informal, but well organised, get together to blow away the cobwebs of the night before, there are some prizes up for grabs.

The Spirit of the Event award went to a 1922 GN Cyclecar, while the distinctive 1935 BSA Three-Wheeler and its hardy occupants took the prize for having driven furthest to the event.

And we’re sure many visitors were as captivated by the special-bodied 1932 Alfa Romeo as the judges were when they awarded it their ‘Take Home’ winner. 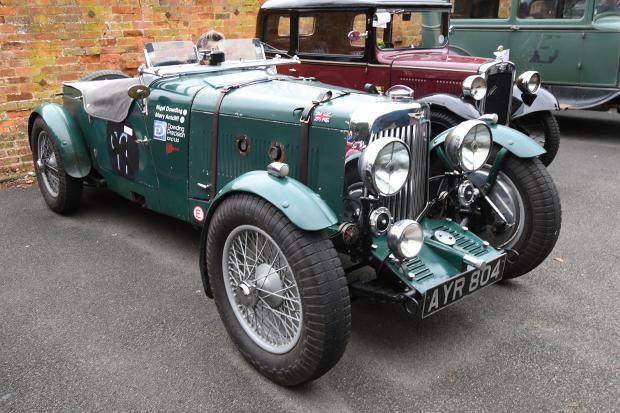 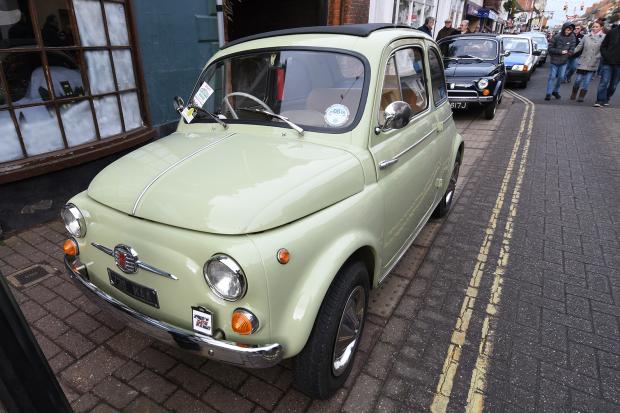 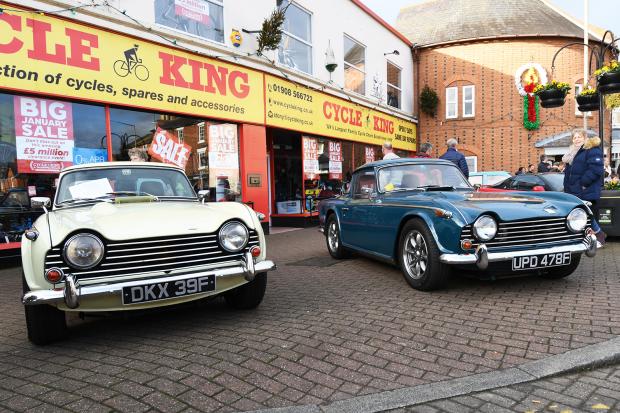 From top left: Aston one of the many British cars; Fiat 500s line up; TR5s with tales to tell

The variety and volume of vehicles was something to behold, and while it appeared that Minis and Fiat 500s seemed to be drawn to each other, within just a few paces you could see cars of all shapes, sizes and ages.

British and American marques dominated, with Triumphs in particular out in force: we saw a droptop TR7, TR6s, a TR3B, TR2s and Stags.

Among them was a pair of TR5s (above) and Harry Dent’s pale yellow ’68 car has quite some tale to tell.

He bought it as a wreck in 1998 and having rebuilt TRs in the past, embarked on bringing it back to best. While the Californian chassis was in good nick, almost nothing could be saved of the bodyshell and the engine needed rebuilding.

It’s now rewarding Dent's efforts as he’s enjoyed it on drives and trackdays across the UK and Europe. 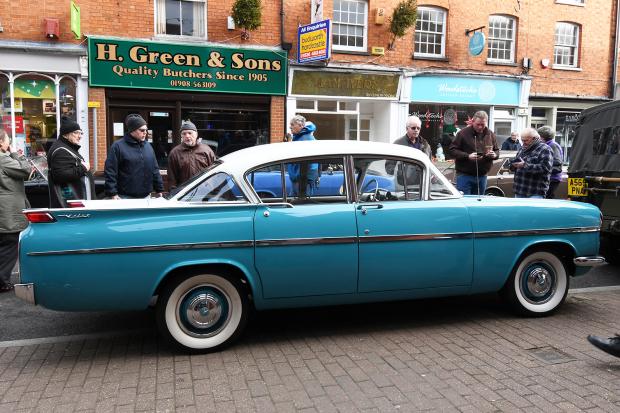 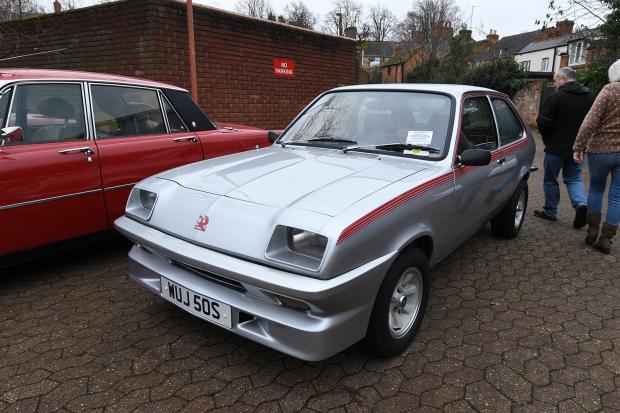 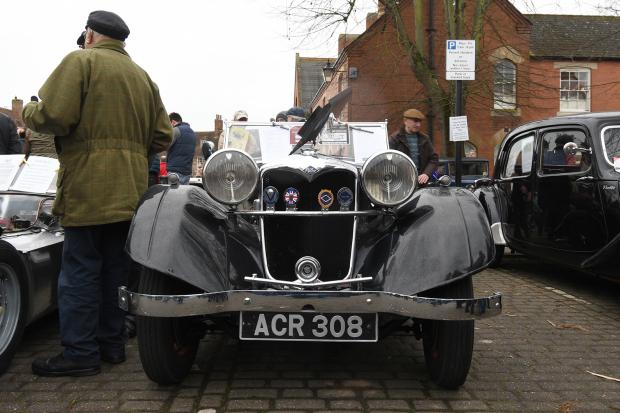 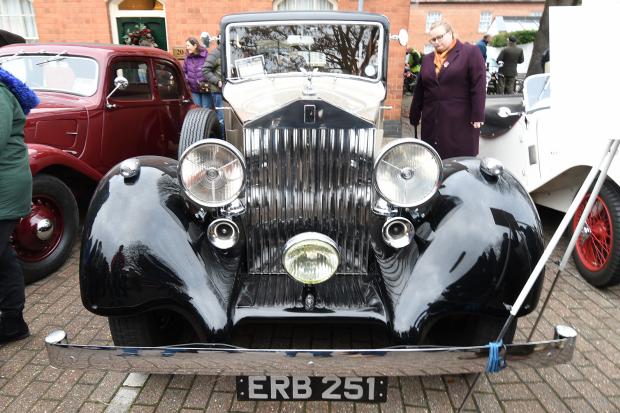 Given Stony Stratford’s relative proximity to Luton, it was good to see several Vauxhalls had made the trip: we spotted a smart-looking Chevette, while a turquoise and white Velox caused many to stop and stare (both above).

Another car on show after an extensive restoration was a Thrupp & Maberly-bodied 1937 Rolls-Royce 25/30 (above).

It was a two-year job, work including repairs to the wooden frame, a full rewire, the overhauling of the brakes and much more. And, interestingly, this car was first owned by Sir John Aiton whose firm, Aiton Engineering, produced the pipework for Battersea Power Station and the QE2 ocean liner.

Another car that has been rebuilt recently was John Dickens’ Riley Lynx 12-4 Special Series (above) that he’s owned since 1999.

First registered on 19 October 1936, Dickens believes it’s always been black with red trim and wheels, as it is now, and he’s spent much of his custodianship gently ticking jobs off the list.

And if you were heading to Vintage Stony hoping to buy a classic, alongside that Riley was a special-bodied, MG-engined 1953 Lotus MkVI, that claimed to be one of the most original of its type and certainly looked the part. 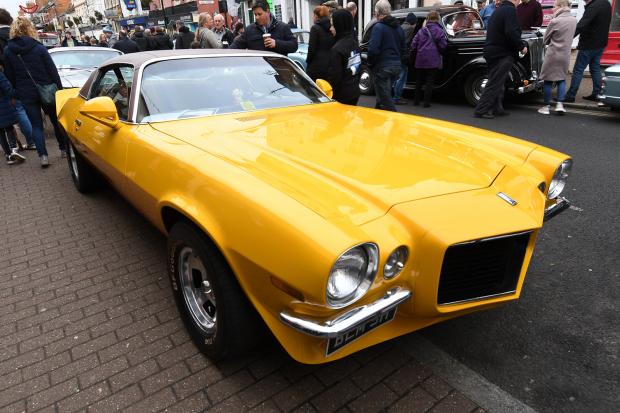 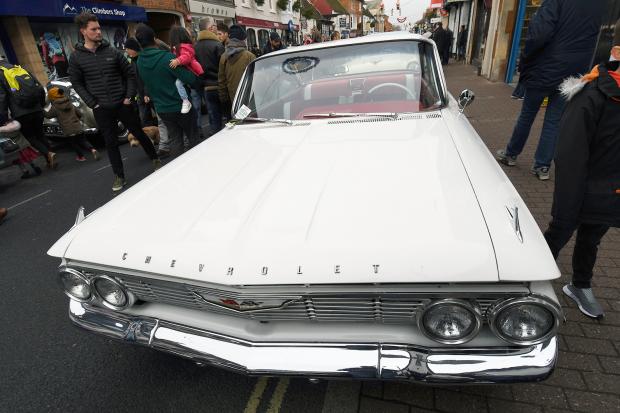 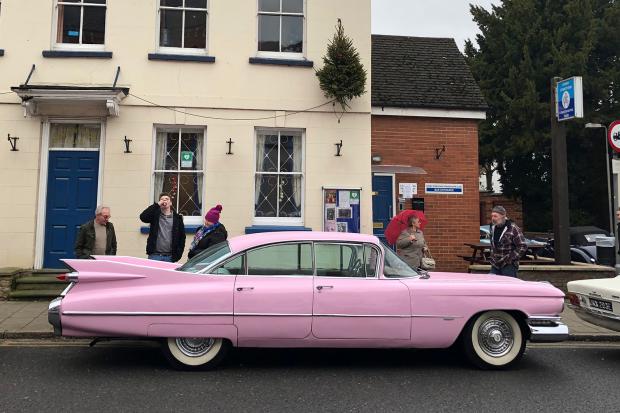 When it came to Stateside classics, you were spoilt for choice – and Pete Robertson’s 1970 Chevrolet Camaro Z28 (above) certainly stood out.

He’d wanted one since they were new and he’s owned this example since 1977. He used to compete in it on sprints and hillclimbs, with some success, but now, he says, it only comes out when the sun is shining – meaning he made an exception for Vintage Stony!

Few visitors could’ve missed the pink, be-winged Cadillac (above), while a Chevrolet Impala with a fetching red and white interior (above) was to be found keeping company with a Plymouth Sport Satellite, a Cadillac Coupe de Ville, a Chevrolet 210 and a Buick station wagon. 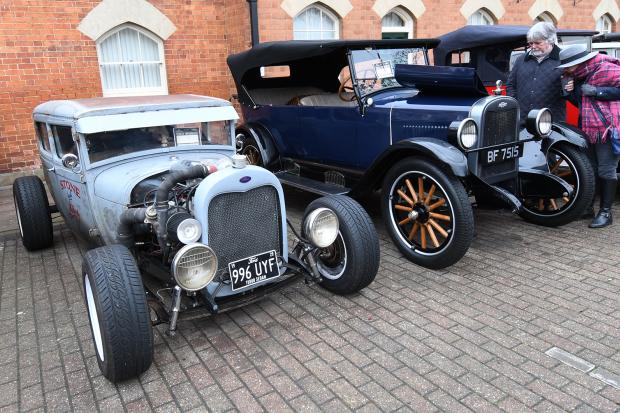 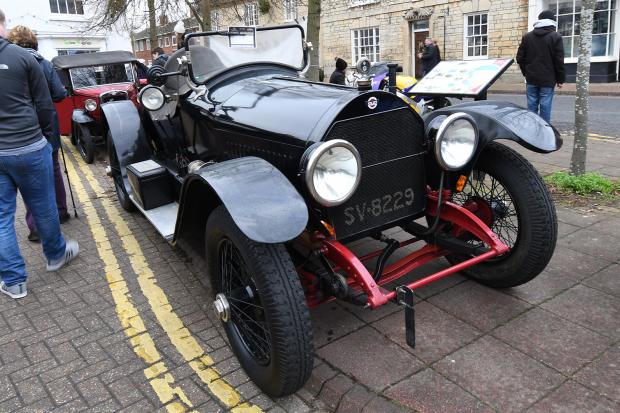 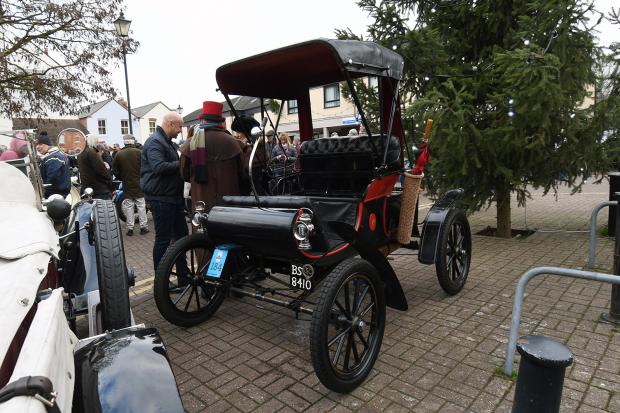 Prefer your American cars to be a bit older? You were catered for, too.

Side by side (above) were a 1929 Ford Model A Tudor Sedan and a 1925 Chevrolet Series K Touring that’s right-hand drive as it was built for the Australian market.

Or how about a 1918 Stutz Bearcat or the 1902 Oldsmobile that took on last November’s London to Brighton Veteran Car Run. 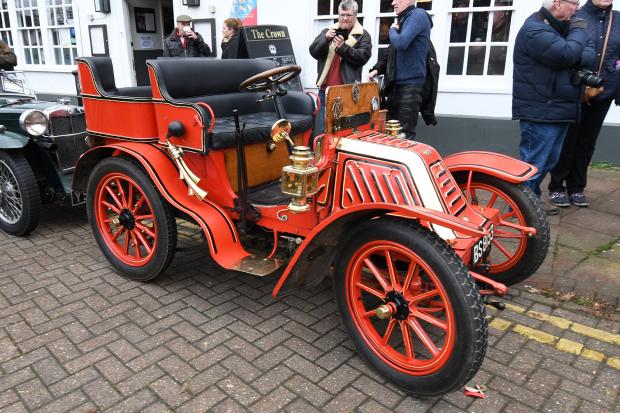 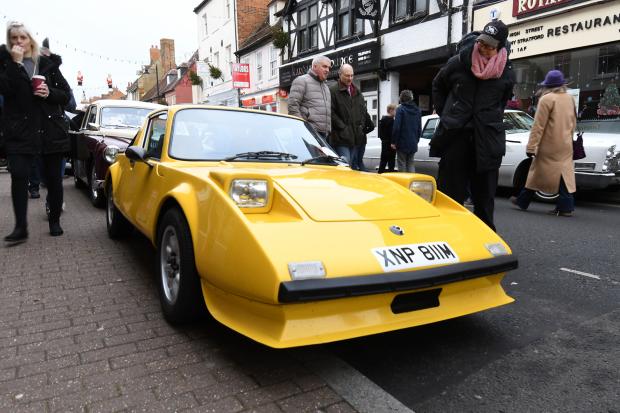 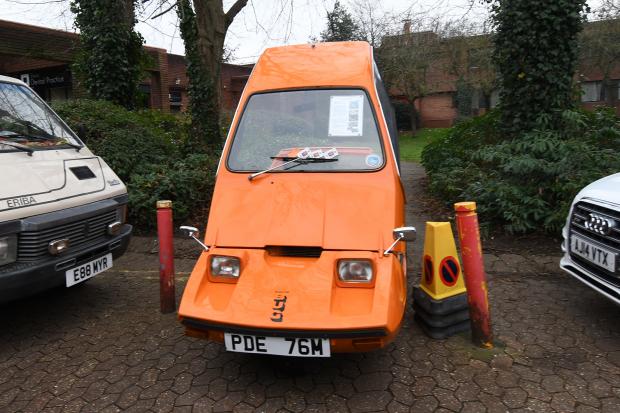 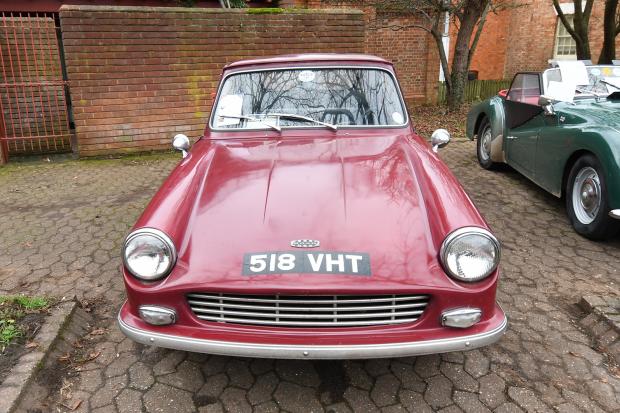 While not from the US, another car of a similar vintage definitely stood out – a 1902 Gladiator.

This was one of several rarely seen models that those in Stony Stratford on New Year’s Day could enjoy.

When did you last see a glassfibre Clan Crusader? The yellow example parked on the town’s high street certainly got a lot of attention.

Or what about a Bond Equipe 242GT or a Bond Bug? Both were also on display. 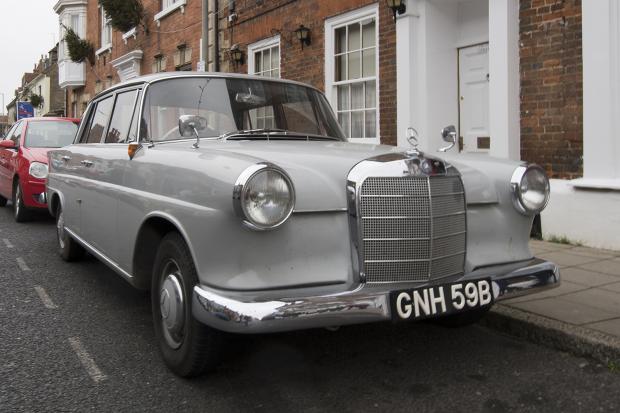 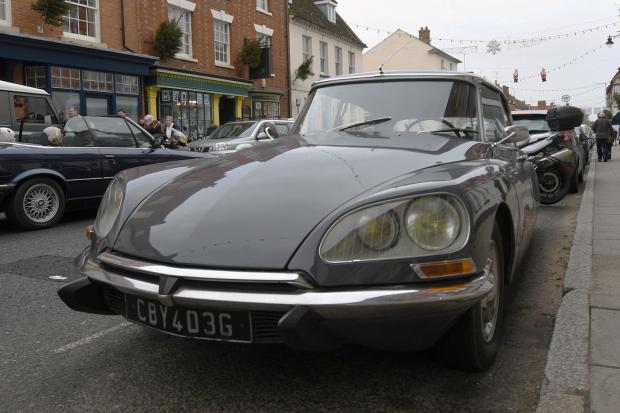 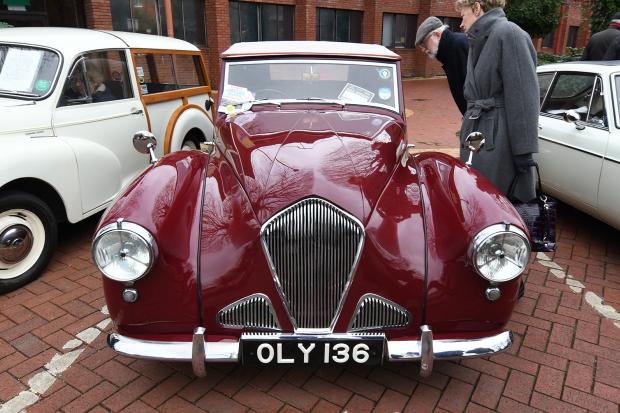 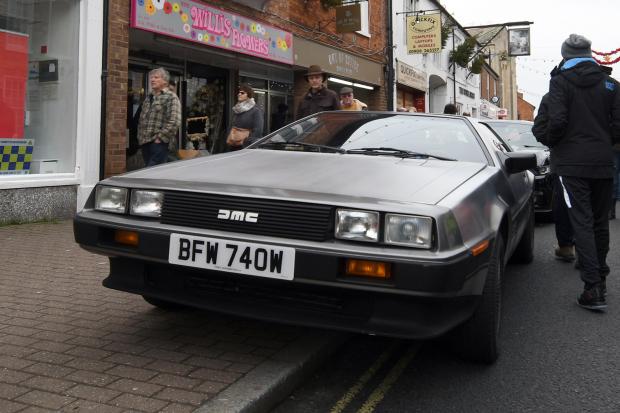 Others that caught our eye, partly for not being British or American, included a stunning Taiga Green 1973 BMW 3.0 CSL, a Mercedes-Benz 190 Fintail, a number of Volvo P1800s and a pair of Citroën DSs.

And while they are British, we can’t omit the striking Healey Abbott nor the pretty pair of MGA Twin Cams also on show.

Oh, and it’s not every day you see a DeLorean on a Buckinghamshire high street. 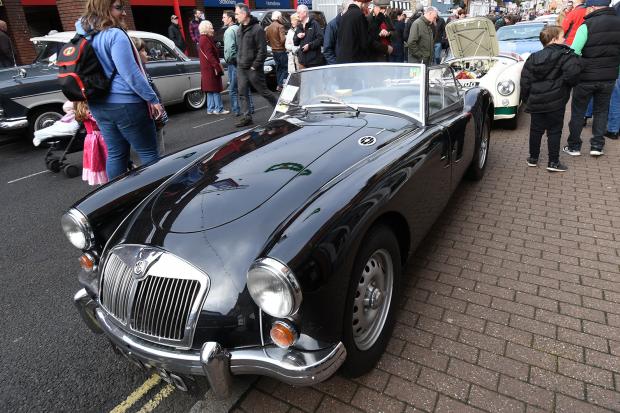 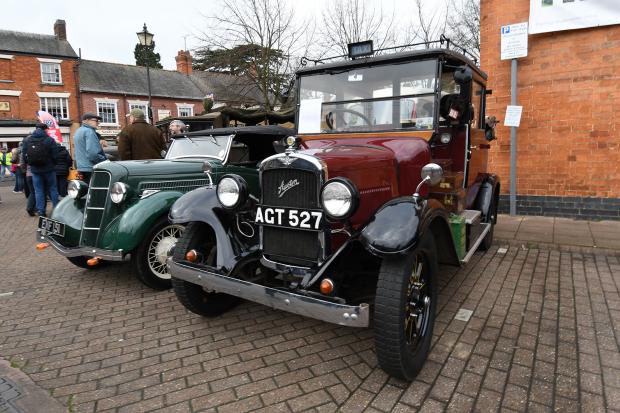 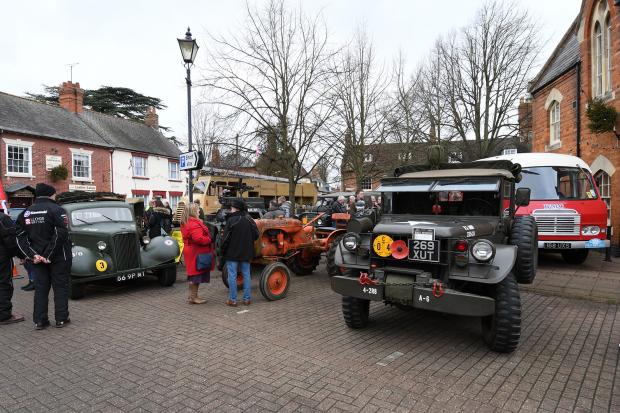 Formerly hard-working classics were being exhibited, too, including an MG police car and a 1933 Austin Taxi. The latter started life as a London taxi, on call 24 hours a day, before being used by the London fire brigade to tow water pumps around the capital in the war.

But surely few have seen as much action as the military vehicles on show.

To the right of the image above you can see a 1951 Dodge Power Wagon that served in conflicts in Korea and Vietnam, and there was a 1962 Daimler Ferret on display as well.

Look to the left of the photo above and there’s a 1939 Humber Snipe staff car with quite a story. It was found abandoned at Shepperton Studios following the filming of A Bridge Too Far, during which it was driven by Dirk Bogarde.

It’s since been rebuilt and has starred in the TV series Foyle’s War and Home Fires, as well as being Brad Pitt’s car in the film Allied.

This year’s Vintage Stony really was a melting pot of machines, then – and to absolutely ram the point home, we even saw a first-gen Nissan Micra 1.2 GS called Marmaduke on display.